Share All sharing options for: Olympus' E-M10 mirrorless camera shrinks the size and price of premium

Olympus has had as big a hand as any in kicking off the compact-but-capable mirrorless camera movement; it co-created the Micro Four Thirds format with Panasonic, and its PEN cameras set the blueprint for the retro, rangefinder-style bodies commonly seen today. But in recent years, its OM-D line has been more exciting — the SLR-inspired E-M5 was one of the first mirrorless cameras that advanced photographers could take seriously, and last year's E-M1 was targeted squarely at pros. With the latest entry in the series, the E-M10, Olympus is aiming to take that same formula to a wider audience.

Taking the OM-D formula to a wider audience

The E-M10 looks strikingly similar to the E-M5 and uses the same 16-megapixel sensor, but the newer camera is quite a bit smaller; in particular, the viewfinder hump has been reduced in height despite now housing a pop-up flash, making for a more attractively proportioned package. What's most impressive about the E-M10 is its build quality — its metal body feels no less premium than the E-M5's, and if anything the smaller size makes it feel more solid. Other camera companies have turned to plastic at similar price points, so Olympus is to be commended here.

In fact, the E-M10 might be a better option for some than the two-year-old E-M5, even without taking price into account. The smaller camera features Wi-Fi connectivity, a more advanced autofocus system, a sharper screen, and the same image processor found in the high-end E-M1. Where the E-M5 retains a lead is in its 5-axis image stablization — the E-M10 does have in-body IS, but only along 3 axes — and its weather sealing. But at $699.99 this March, or $799.99 bundled with a 14-42mm f/3.5-5.6 kit lens, you're getting a lot of camera for your money with the E-M10.

Olympus is launching the camera alongside a host of new lenses. There's a new 14-42mm f/3.5-5.6 power zoom lens at $349.99 that's impressively tiny when retracted — roughly the size of Olympus' 17mm f/2.8 pancake — and a lightweight $399.99 25mm f/1.8 prime lens that will be a fast, versatile option for Micro Four Thirds shooters at its 50mm-equivalent focal length. Both will be available in late February. 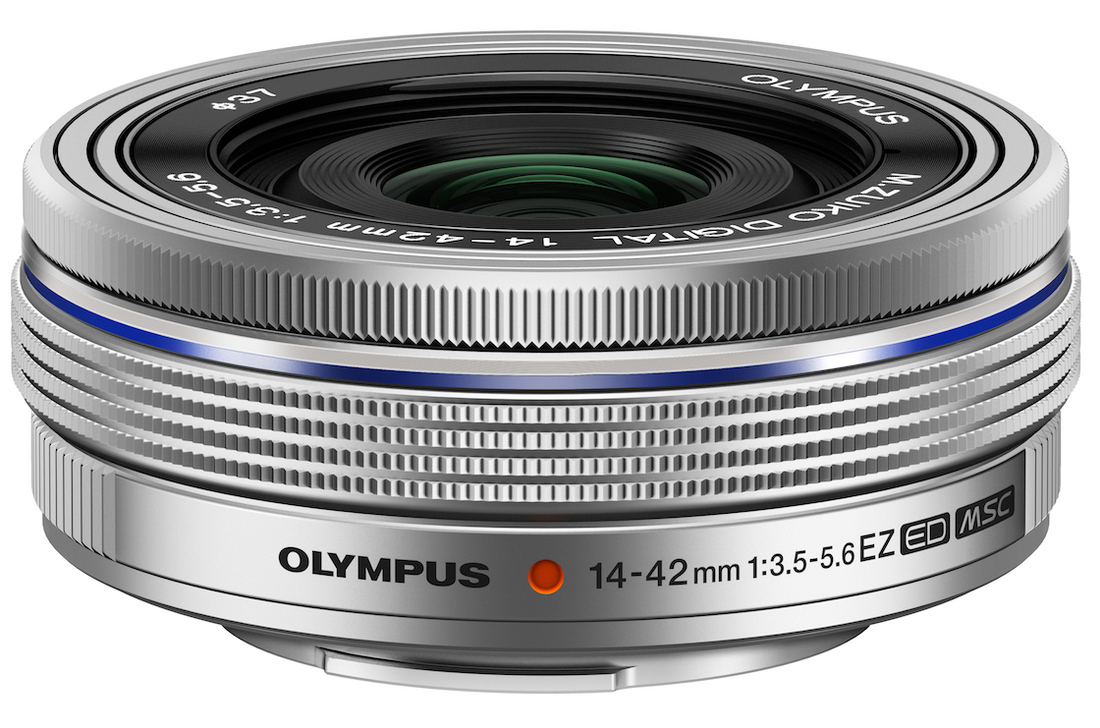 Olympus is also releasing some more left-field optics in response to what it says has been high demand for the company's unusual 15mm f/8 "body cap lens;" a similarly thin and inexpensive 9mm f/8 fisheye is on the way, alongside a macro converter that will screw onto various Olympus lenses and increase their magnification. Pricing information is not yet available for these.