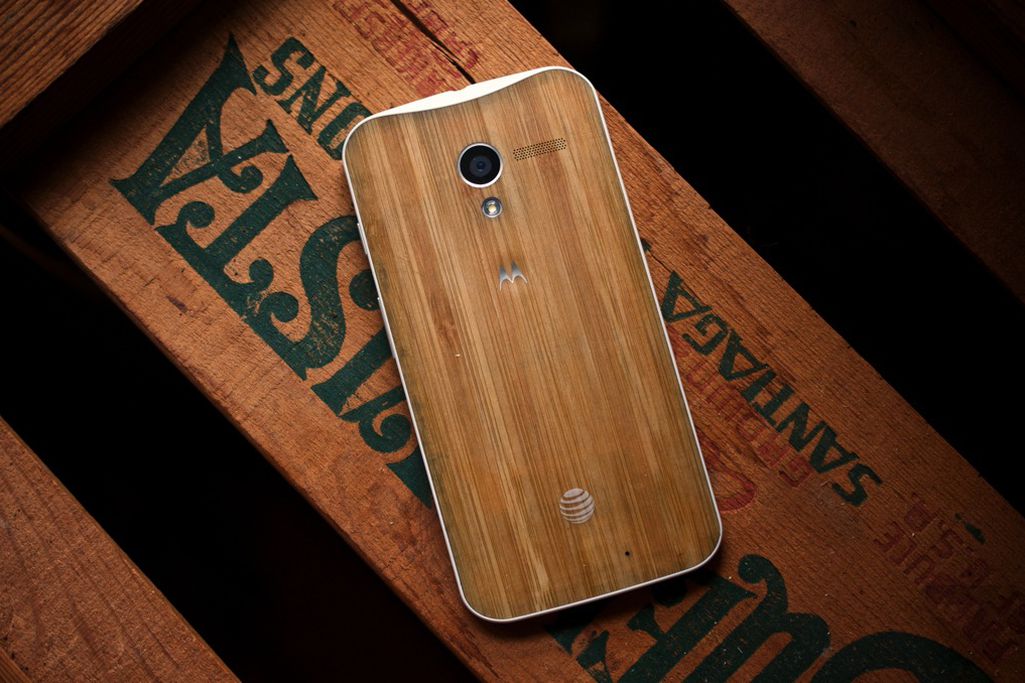 Not so long ago, wood was everywhere in the world of consumer electronics. In the middle of the 20th century, everything from televisions to microwaves to radios came as a bundle of technology housed inside a wooden case or cabinet. These gadgets were imposters, disguised as furniture so as to slip into our homes unnoticed next to the armoire and the wood-paneled wall. So they were made to feel natural, to feel like part of our homes.

Soon, though, gadgets became the focal point of our living rooms. And as devices from televisions and cars to smartphones and tablets were accepted and commoditized, as manufacturing speed and cost outweighed all other factors, as plastics and metals became both easier and cheaper to work with, wooden electronics became a cottage industry consisting mostly of handmade smartphone cases and high-end audio gear.

But wood’s relegation to the sidelines of the electronics industry isn’t because it’s unappealing, says Rick Osterloh, the SVP of product at Motorola. And just about a year ago, he and his team set about to bring it back. After many false starts (”There were many moments like that,” he says with a sigh when I ask if the team ever thought about giving up) and a lot of high-volume carpentry, Motorola finally launched its Natural Collection: Moto X backs in bamboo and three different wood finishes. I’ve been using a bamboo model for about two weeks, and I think the future might look a lot more like our wood-paneled past than we thought. 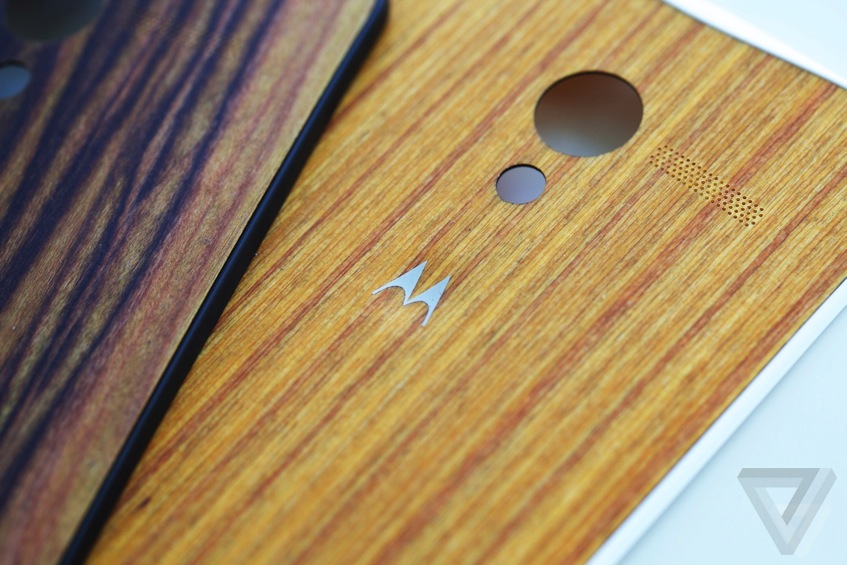 “It’s a different way of thinking about products,” Ken Tomita tells me. He’s the co-founder of Grove, one of the very first iPhone case-makers, and a self-proclaimed “guy who knows way too much about wood.” Our gadgets are precious objects, he says, and we obsess about protecting them. “But materials like wood, and leather, that’s what they’re there for: to get beat up a little bit.” He sees it as a perfect, and welcome, contrast. “These tech products … are made out of aluminum, stainless steel, glass — it’s all these cold surfaces. We throw in the warmth, the natural material.”

A little warmth in a world of cold electronics

At Motorola, using wood came up early in the Moto X’s development. From the beginning, the X Phone (as Osterloh refers to it) was intended to come with a big and growing number of customization options, and wood seemed like a good one to add to the list. Motorola originally saw it as a niche option offered to the same people who pay more for their iPhone case than for the phone itself. But when the X Phone team started to show the wooden models to small focus groups, the response was overwhelming. “People were immediately like, ‘Whoa, that’s totally different from anything I’ve seen before,’” says Osterloh. “And that was our internal reaction, too — people just couldn’t believe that it was actually real.”

Just like that, the Natural Collection became a much bigger project for Motorola. It presented a problem: there’s no process for the mass production of wood components. “There’s no supply chain for wood,” Osterloh says, “so the people we normally go and do business with, they hadn’t done stuff like this. Wood’s typically used for furniture and stuff like that, and it’s just a totally different group of people from the folks that we normally do business with.” 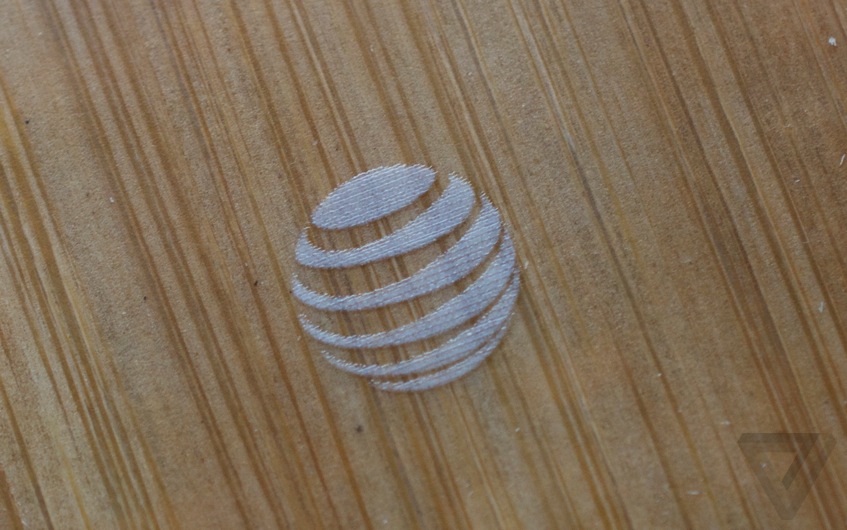 A group within the product team was tasked with turning wood-backed phones into a reality. That meant first finding the right materials: wood that could be shaped into the X’s rounded back, that wouldn’t crack or splinter or warp, and that wouldn’t interfere with the phone’s radios or operation. “It took us several quarters,” Osterloh says, “just to figure out which types of wood we could use, what kinds of finishes we could do, and how in the end it would look.”

Finding wood that won't warp, or splinter, or crack, is hard 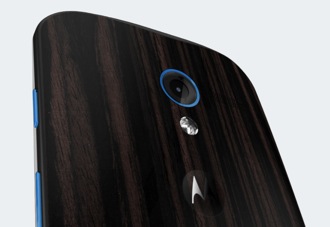 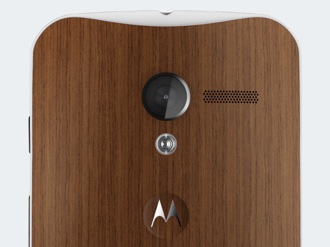 Motorola is sourcing wood and bamboo from all over the world, from a mostly new set of partners — Osterloh declined to be more specific — and it had to rethink some of its manufacturing as well. Wood is the enemy of mass production: no two pieces are alike. And Motorola’s process isn’t exactly basic, either, Osterloh says. “Making the holes for the camera and the flash, that requires a step to laser cut and actually create these holes without burning or scarring the material. And then you’ve got another step to put our logo on there, and any regulatory requirements on there, all that printing work.” All that comes after the wood is cut into thin slices and rounded into the phone’s shape.

Motorola put a tremendous amount of work into creating a sustainable process and supply chain for materials like wood, but Osterloh admits it’s still not exactly mass production. That’s why the Natural Collection comes with an additional $25 cost: Motorola simply couldn’t keep up if everyone bought it. “There is a point where… we don’t have a lot of flexibility in making these. It would take us a long time to get the supply chain warmed up to making an enormous quantity.” The process, he tells me, takes weeks from beginning to end.

If wood does make a comeback, that’s the danger: that in an effort to capitalize on the popularity of the material, some manufacturers cut the same corners they did decades ago. Grove’s Ken Tomita says he’s already seeing this happen: “Sometimes it’s not even real wood. It’s just a picture of wood. Because it’s becoming trendy, there’s some poor-quality stuff out there.”

And unlike with plastic or aluminum, unskilled craftsmanship and poor materials don’t just make the device look or feel bad; “the big weakness is durability,” he says, and it doesn’t take much to cause huge problems. Motorola’s Osterloh told me over and over that he’s committed to using only the best materials and production techniques, but as demand grows it’s not hard to see the temptations he’ll face. And even now, the ebony, teak, and walnut models are made of a different wood and then treated to look like their namesake. 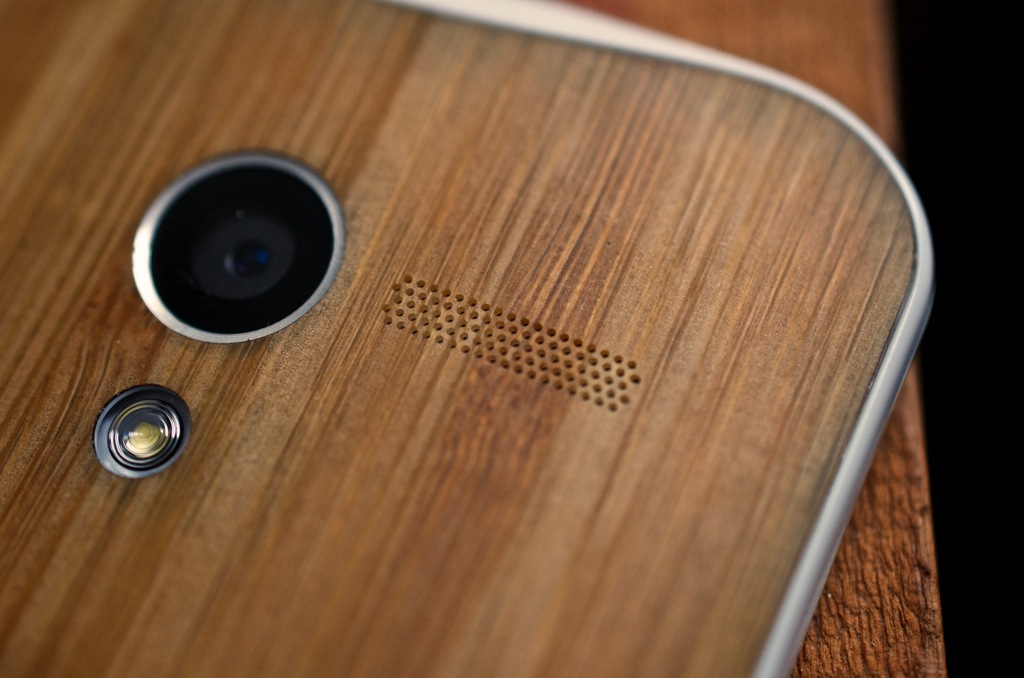 But when it’s done right, there’s something uniquely comfortable about the result, a device that feels somehow more personal than most smartphones. My bamboo Moto X already has a scuff or two, and a dark spot from when I spilled coffee on it, but it doesn’t feel scuffed or dirty. It just feels weathered. Like a good pair of jeans, the more I use my phone the more it feels mine.

That said, it’s clear Motorola’s still learning how to do this. It’s only the back of my X Phone that’s made of wood: it still looks and feels mostly like any other. And I’m more than a little worried about the occasional flaking of the bamboo I’ve noticed, or the seam around its edges that may grow over time. There’s the slightest green discoloration that appeared almost immediately around the edges, too, which I don’t particularly care for.

Motorola has a lot of learning left to do, but the appeal is obvious

But the material suits the phone: just as our TVs were once made to fade into our living rooms, our phones aren’t things to be noticed or looked at anymore, and they’re not meant to scream “technology!” They’re just part of our lives, our surroundings. This X Phone seems to come right out of Her, with its wood-encased computers and phones that look more like mid-century cigarette cases than gadgets. As technology becomes more intimately personal, it too ought to become more familiar, more natural.

And it’s an important counterpoint to the otherwise stark, cold machinery that surrounds us. “If you have this modern condo,” Grove’s Tomita tells me, “and it’s all glass and concrete, you want to put some plants in it, so you don’t feel like you’re living in a hospital. There are studies that show people heal faster when they’re surrounded by plants. It’s the same thing — it makes us feel good to be around natural things.”