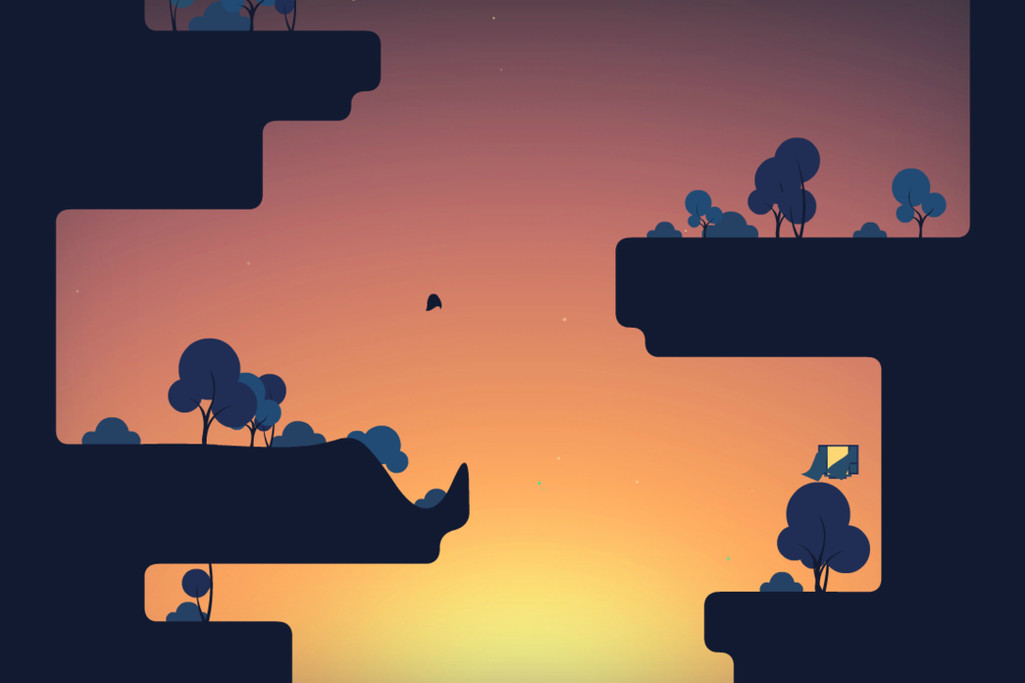 There's something about jumping that just feels good. It's a joyous experience, which is perhaps why so many video games use it as a central mechanic. Ian Snyder's The Floor is Jelly takes that familiar feeling and makes it even more exuberant — now you're jumping in a world made of bouncy gelatin, and it feels amazing. "The core of the idea was always jumping around on jelly," says Snyder.

While fun, movement takes a bit of getting used to. When you hit the ground, the world ripples beneath your feet, temporarily changing the level in important ways. You can use this to build momentum, relying on the bouncing jelly to help you jump even higher, as well as to get around tricky obstacles. It's fundamentally a platformer, but The Floor is Jelly also plays out somewhat like a puzzle game — each level involves figuring out how to use your abilities and the environment so that you can reach the open window at the end. Once you finish the first section, which essentially serves as a tutorial, this becomes an increasingly challenging task. 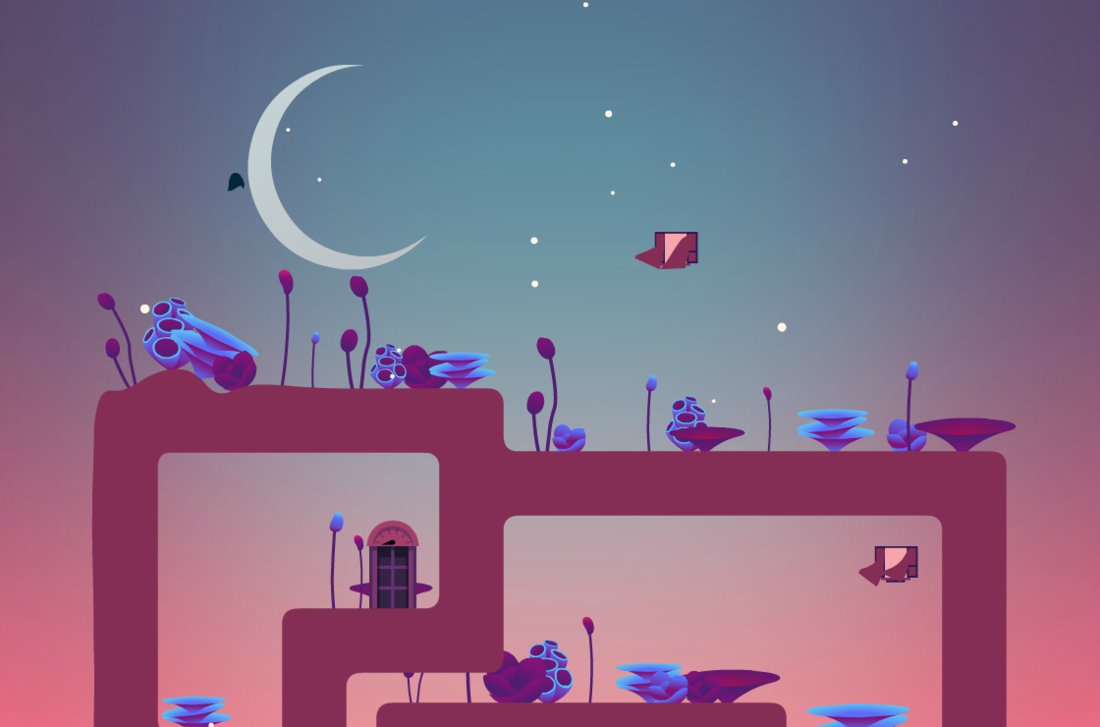 What's most impressive about the game is how it manages to continuously build on its core concept with new, inventive ideas. Some stages feature reverse-polarity underwater sections, while others let you completely rotate the level multiple times. And all of these additions force you to think in different ways to proceed. Death is a form of trial-and-error in The Floor is Jelly, and it's a feeling you'll get used to over the course of the game.

Snyder has been working on The Floor is Jelly for the past two years, after coming up with the idea at a weekend game jam. "I've spent these two years exploring what kind of levels, what kind of systems, can be built around these jelly physics," he explains. Those additions have resulted in a game that constantly surprises — and not just when it comes to new game mechanics, but the structure as well. Initially levels are pretty straightforward, with an obvious beginning and end, but soon they become much more intricate, resembling something closer to Metroid than Mario. It's a platform game that forces you to explore.

A platform game that forces you to explore

Luckily, the abstract world you'll be venturing into is incredibly beautiful. The Floor is Jelly features a two-dimensional art style reminiscent of the PlayStation 3 co-op platformer Ibb & Obb, but with some surprising and refreshing moments of serenity. Sometimes you'll just want to stop and stare as leaves swirl in front of you or a school of fish darts around your head. The stark, simple colors really help set the mood, making it feel like you're running through a forest at dusk or exploring a mountain at midnight.

It's also just fun to watch the physics at work, jumping around to see how you can make the ground twist and bend. The charming visuals are complemented by an inspiring soundtrack from Fez composer Disasterpeace, that really makes you feel like you can make those big jumps across impossibly huge gaps.

With a little help from the jelly, of course.

The Floor is Jelly is available now for Windows and Mac.