Can the NFL survive its concussion crisis?

Can the NFL survive its concussion crisis?

America’s favorite sport has taken a hit, but don’t count the league out yet

As professional sports go, the NFL stands out for two distinct reasons: it's exceedingly popular, and it's extraordinarily brutal. Just last week, for the 30th straight year, pro football was ranked the favorite sport of American adults by a massive margin. And the NFL is a money-making behemoth, attracting a growing number of fans to live games and raking in nearly $10 billion in revenue in 2012.

Given such ongoing success, along with the annual hype and anticipation surrounding the Super Bowl — America's number one unofficial holiday — professional football seems like a sport whose eminence will only continue to grow. Until, that is, you remember the risks, and the sometimes tragic repercussions: several NFL players have in recent years taken their own lives, with autopsies revealing brain damage consistent with routine hits to the head; studies have found that former NFL players who've sustained several concussions are more likely to suffer from ailments like clinical depression or Alzheimer's disease; and thousands of former players have sued the league for failing to protect them from the hazards of the sport. Those details were key elements of a damning PBS documentary, Frontline: League of Denial, which last year entrenched the NFL's concussion crisis into the public consciousness.

Is the NFL really too popular to fail?

It's a scenario that puts a notable dent in the NFL's reputation, and potentially in their bank account too. And for some, the now well-established link between football and head trauma calls the viability of the entire sport — from youth leagues to the pros — into question. Indeed, pro football is so deeply entrenched in American culture — and its concussion crisis so enormous in scope — that even President Obama has seen it fitting to chime in. And he isn't exactly offering up an endorsement. "I would not," he told The New Yorker earlier this month, "let my son play pro football."

With new tools and techniques, it's now possible to better diagnose and treat concussions. But preventing them altogether, especially in an activity like pro football, still isn't an option. So with health risks that can be mitigated, but not eliminated, along with an ongoing PR problem and a tangled mess of lawsuits, can the NFL remain America's most beloved sporting league? And going even further, is the NFL really too big, and too popular, to fail? 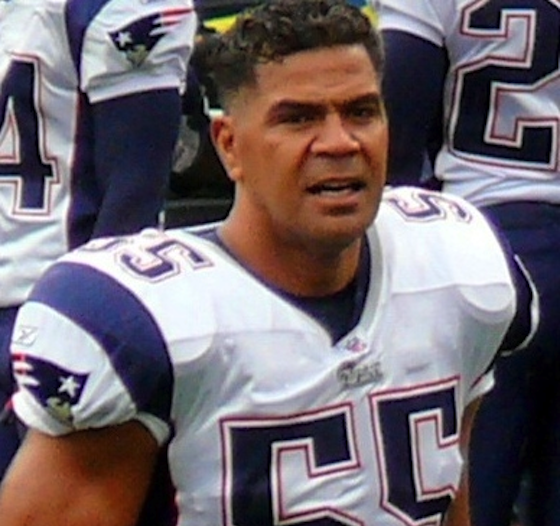 For the most part, experts familiar with myriad aspects of the NFL's crisis don't think the league is going anywhere — at least not yet. "In the short-run, they're still thriving," says Robert Boland, a professor of sports management at New York University and himself a former college football player. But as Boland points out, the number of youth football players is shrinking — meaning that future generations of adults might have less of an intimate attachment to the sport. "Football was sort of an icon for these 20th-century values, things like toughness, rigor, and determination," he says. "But when people who watch football see it as a form of entertainment rather than relating to those values, that makes it easier to put aside if you think the game is dangerous."

"In the short-run, they're still thriving."

To curb that perception, and protect players, the league's first challenge is to enhance its safety policies — both in preventing more blows to the head and in diagnosing and managing injuries more comprehensively. It's a dilemma that, experts say, the NFL has yet to make adequate strides on. "They've done a good job at lip service in the last four years or so," says Dustin Fink, an athletic trainer who runs a well-known blog on concussions in football. "But how these injuries are handled is still a really big problem."

In recent years, the NFL has introduced a series of increasingly rigorous rules designed to thwart concussions and improve their diagnoses. The league now levies penalties against players who strike opponents with their helmets, mandates that all players wear more padding, and has tougher rules on when a player can return to the game following injury. One of the most notable changes to NFL policy was the 2013 introduction of an independent neurologist — one who wouldn't be biased by team influence — to evaluate head injuries and determine whether a player needed to be pulled from the game.

Unfortunately, Fink points out, that neurologist only evaluates players when called upon by a team's medical crew. And based on his own close observations and those of others, it's not clear that every player who suffers head trauma undergoes this more rigorous examination — meaning their fate is still in the hands of doctors on the team payroll. "When a team's doctor is making that call, they might not want to make decisions that could upset the team," he says. "Not to mention that players want to play, end of story, so they're going to do what they can to get back out there." Indeed, the NFL has officially reported 228 concussions this season — a decline from last season — but reporters have latched onto several instances where players may have sustained undiagnosed trauma or returned to the game too soon.

To its credit, the NFL is also funding research into new technologies — like sensors and helmets — that would detect or thwart head injuries. But to more rigorously target head trauma in the meantime, experts anticipate the NFL will need to revamp gameplay regulations yet again, a maneuver that might also mean less of the sensational ramming and slamming that fans have come to expect. "If you bring the game to a softer one, without all the tackles, you'll help solve the problem," Boland says. "It just might not be what people want to see."

But gameplay and diagnostic strategies aren't the only facets to the NFL crisis that might threaten the league's ongoing dominance. A litany of lawsuits, including one 4,500-person class action first filed against the NFL by former players in 2011, might yield more damage to the league than ongoing injuries among today's team members.

That 2011 lawsuit has, indeed, been a damning one. Plaintiffs allege not only that playing for the NFL caused harmful health consequences, but also that the NFL knew as early as the 1920s that blows to the head could be detrimental in the long-term — and concealed that information from players for decades. "The defendants acted willfully, wantonly, egregiously, with reckless abandon, and with a high degree of moral culpability," the lawsuit reads. "It was not until June 2010 that the NFL acknowledged that concussions can lead to dementia, memory loss, CTE, and related symptoms by publishing a warning to every player and team."

Last year, following more than two years of ongoing media coverage, the NFL and the lawsuit's plaintiffs reached a settlement agreement to the tune of $765 million in the form of medical benefits and compensation payments. But mere weeks ago, a federal judge actually rejected the settlement for being too paltry — a decision that sets the league back and opens the door for bigger payouts in future litigation. "You may see a doubling, tripling, or quadrupling of this particular settlement offer," says Michael LeRoy, a professor of labor law at the University of Illinois at Urbana-Champaign who specializes in sports. "Absolutely, there are more lawsuits ahead, and the NFL is going to have to dig into their pockets to pay up."

A daunting financial burden for decades to come

With this lawsuit alone threatening to become a multibillion-dollar expense, and future litigation a likely prospect, the NFL faces a daunting financial burden for decades to come. That burden is amplified by the cost of funding additional research — the league and the player's union have committed $100 million in the next decade — and paying out larger and larger sums to cover medical benefits for retired players. Right now, the league covers medical care for five years post-retirement, but Boland anticipates it will soon be pushed to do much more in a bid to appease both players and the viewing public.

It's tough to estimate what the financial repercussions to the NFL will be, and some have suggested that the costs of lawsuits alone could bankrupt the league. But according to Boland and others, the NFL's growing revenues — combined with the fact that lawsuit settlements and medical benefits would largely be paid in increments — mean the league can likely withstand the blow. More importantly, it doesn't really have a choice. "To keep fans engaged, the NFL needs to get these lawsuits out of the headlines and settle them," Boland says. "Spending this money is basically a necessary move —it's crucial to the ongoing viability of their business."

"Some version of the happily ever after."

So, too, are future generations of prospective football players. The decline in youth football participation has in recent years been stark — enrollment in Pop Warner leagues alone dropped 9.5 percent between 2010 and 2012 — and it's a change that experts say is clearly linked to the NFL's high-profile concussion problem. And without a robust, viable population of potential players, the NFL won't have much of a league at all. Which means, experts concur, that the NFL can only survive if it figures out how to take care of the players of the past and present — whether by paying out lawsuits, offering better medical benefits, or cultivating a safer game — to ensure that it has players (and, by extension, viewers) in the future. "It's critical for the NFL, and for all sports, to be looking ahead and thinking about how the movie ends for players," Boland says. "For people to truly love a sport and stick with it, I think we do expect some version of the happily ever after."