Nvidia CEO Jen-Hsun Huang, after nearly a year of promising outsized computing power for so-called future "superphones," took the stage at CES today to unveil the company's latest mobile processor for Android. The 192 CUDA-core Tegra K1, demonstrated onstage on Android, is designed not only for smartphones and tablets, but for 4K televisions, consoles, and cars, as well.

"It's almost inappropriate to call it Tegra 5. It's simply not linear."

Nvidia's new processor is the latest in the Tegra family, succeeding last year's Tegra 4. The new chip isn't an iterative spec bump of yesterday's hardware, however. Here, the processor's Kepler GPU promises to bring laptop-class computing and gaming power to mobile devices, without sacrificing battery life in the process. The 192 cores (a number that should not be confused with dual- and quad-core nomenclature) in the Kepler Mobile GPU is a small chunk of power taken from a laptop- or desktop-class computer, but outstrips the 72 cores of the Tegra 4. The company demonstrated as much at SIGGRAPH last year, boasting that Kepler Mobile had more raw computing power than the PlayStation 3.

According to the official release, the K1 is offered in two versions: the first is a 32-bit quad-core ARM Cortex A15 processor, similar to the Tegra 4 but more efficient. According to an Nvidia whitepaper (PDF), it can use half the power for the same CPU performance, or get 40 percent more performance for the same power. The second variant is a long-awaited custom 64-bit dual-core "Denver" ARM CPU, the first CPU Nvidia has ever developed. Though "Project Denver" was teased back at CES 2011, the design was not expected this early. Now, the processor's release puts Nvidia in the same camp as Intel. 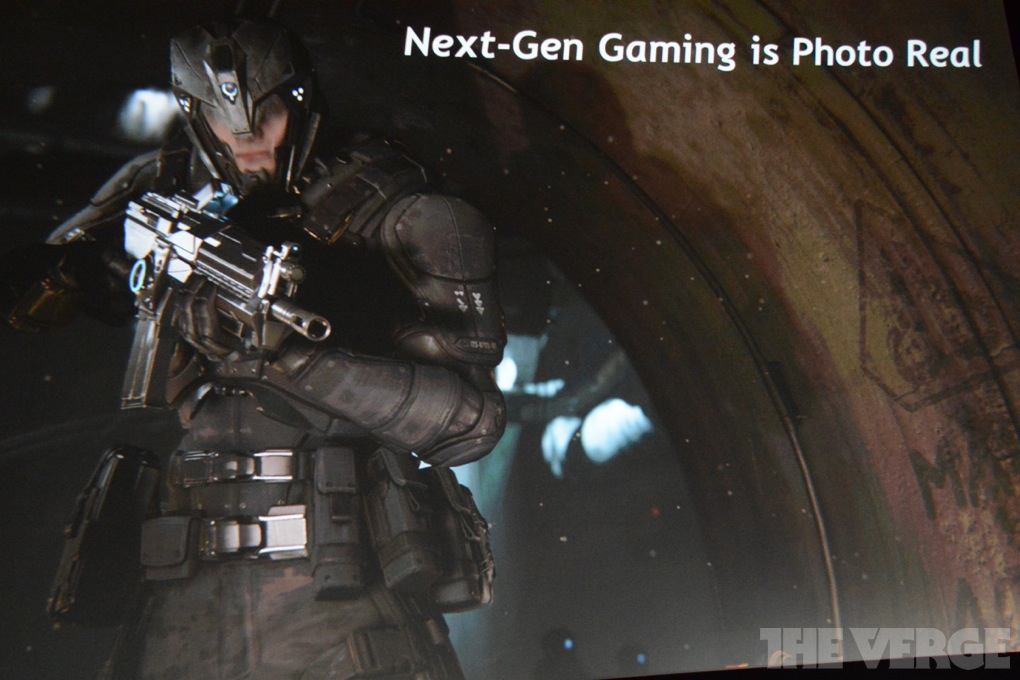 He later went into exhaustive detail about the processor's ability to create realistic environments, particle effects, and cars "that Justin Bieber would like." Huang was so proud of the processor's technical prowess, he said that it was practically "made by aliens" — explaining the puzzling crop circle that was discovered in a field of barley late last month.

Update: We've now had the opportunity to try out an Nvidia tablet prototype featuring one of the company's new K1 processors. You can read our impressions and watch a hands-on video here.