Samsung's going pro. Two new tablets, the Galaxy Tab Pro and Galaxy Note Pro, were shown on a billboard posted this evening at the Las Vegas Convention Center. Both devices are expected to be unveiled at the company's press conference tomorrow afternoon, but are already being plastered to the side of the building where most of CES is taking place. The billboards don't show off much in the way of features, short of what looks like a refreshed user interface with a series of tiles similar to Windows 8 or Flipboard, but it could just be an app. Here's a closer look: 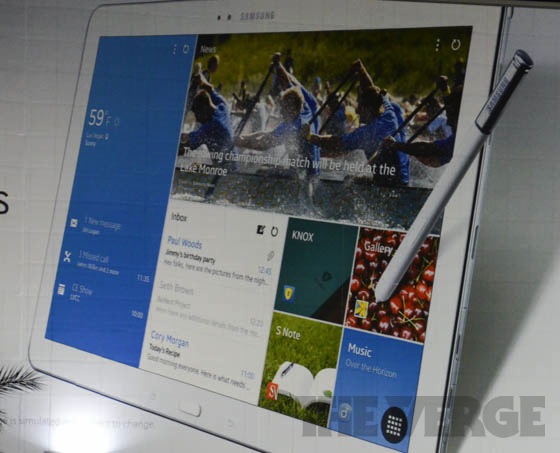 Some of the apps shown off on the screen include an email inbox, music app, Samsung's Knox app, photo gallery, and local weather information.