LG hasn't yet taken the stage for its CES keynote, but the company's Korea division has already revealed the webOS TV. Palm's mobile operating system has been resurrected as a TV interface that focuses on ease of use. And LG is putting its weight behind the effort: webOS will be used on over 70 percent of the company's 2014 Smart TV lineup. webOS on the TV is very different from what you remember on mobile phones. It's now based around three new features: simple connection, simple switching, and simple discovery.

Simple connection aims to help users properly set up the TV. When you first turn on the TV, an animated character called Bean Bird appears to help guide you through various options. Simple switching is reminiscent of the cards interface as seen on Palm's smartphones; it promises to help users jump between recently used apps. A full-scale app store is also seen in LG's images, complete with selections like Twitter, Netflix, Hulu Plus, Amazon Instant Video, Vudu, CinemaNow, and MLB.tv. As you'd expect, webOS also comes with a built-in web browser. LG's Korean press release also mentions voice and gesture-based controls. webOS TVs will appear first in Korea, later coming to the US and Europe before spreading across the rest of the world. 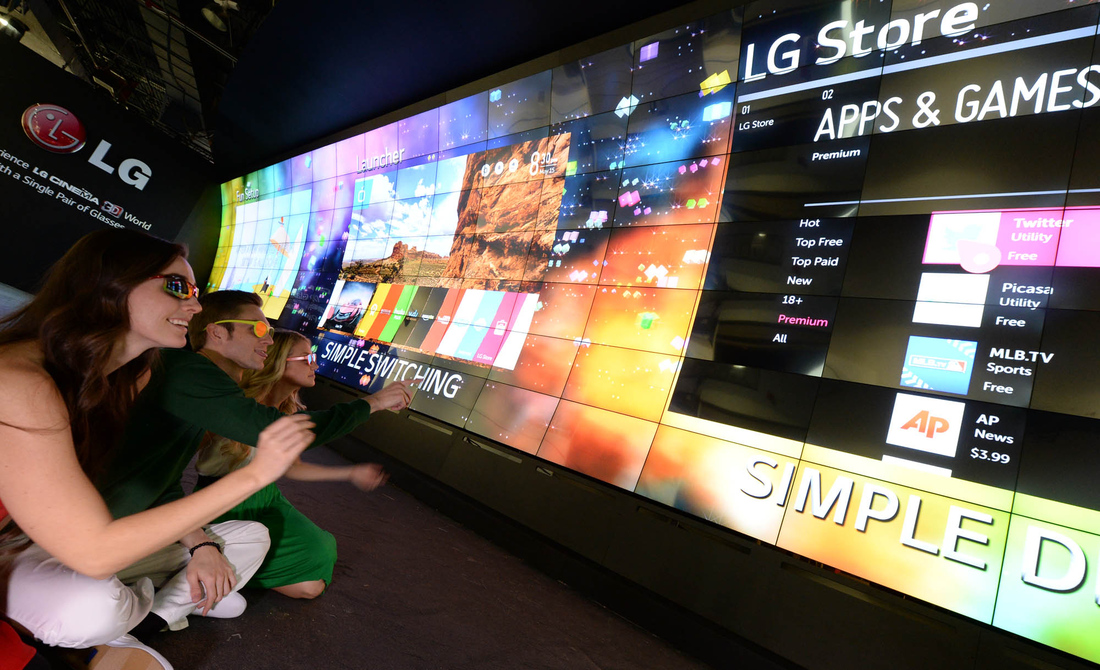