Last year, Dish found itself involved in a bit of controversy at CES. Things are a bit calmer for 2014, with the satellite provider concentrating on iterating upon and expanding its popular Hopper DVR platform. Dish isn't updating the main Hopper DVR; instead, it's expanding the lineup of "Joey" set-top boxes that allow customers to watch programming throughout the entire house. First, you'll be able to record more shows simultaneously than ever before.

A new Super Joey set-top box will add two additional network tuners to the Hopper platform. That means you can now record up to eight shows at once (up from six). That convenience comes with limits, though. The eight-show limit only applies if you're recording content on four cable channels and the four major networks (NBC, CBS, FOX, and ABC) at the same time. Still, that's likely more than enough to satisfy even the most addicted TV viewer. The Super Joey will be available to Dish customers in the first quarter of 2014.

The second addition being announced today is a Wireless Joey. Dish says this box is "ideal for rooms without coaxial cable" and a good fit for customers looking to wall mount a flatscreen TV. Before now, customers had the option of buying a third-party network adapter for similar functionality, but Dish is eliminating the need for that DIY method by including a wireless access point as part of installation. The Wireless Joey creates a private 802.11ac Wi-Fi network that automatically hops between frequencies to avoid interference. Dish says it will be released sometime in Q2. 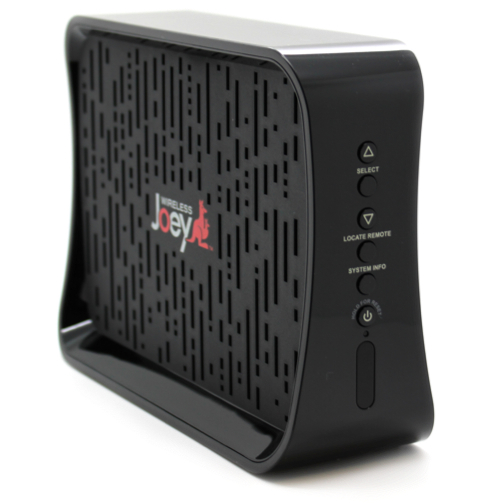 And as we previously reported, the company is releasing a Virtual Joey app for LG Smart TVs, negating the need for extra hardware altogether. It doesn't end there, though; Dish has announced that Virtual Joey is also headed to Sony's PlayStation 3 and 4, which will let even more subscribers avoid yet another set-top box below the TV. The company is promising improvements to its apps on iOS and Android in the months to come, as well as a new Kindle Fire Dish Anywhere app, and you'll find the full details of that plan in the press release linked below.