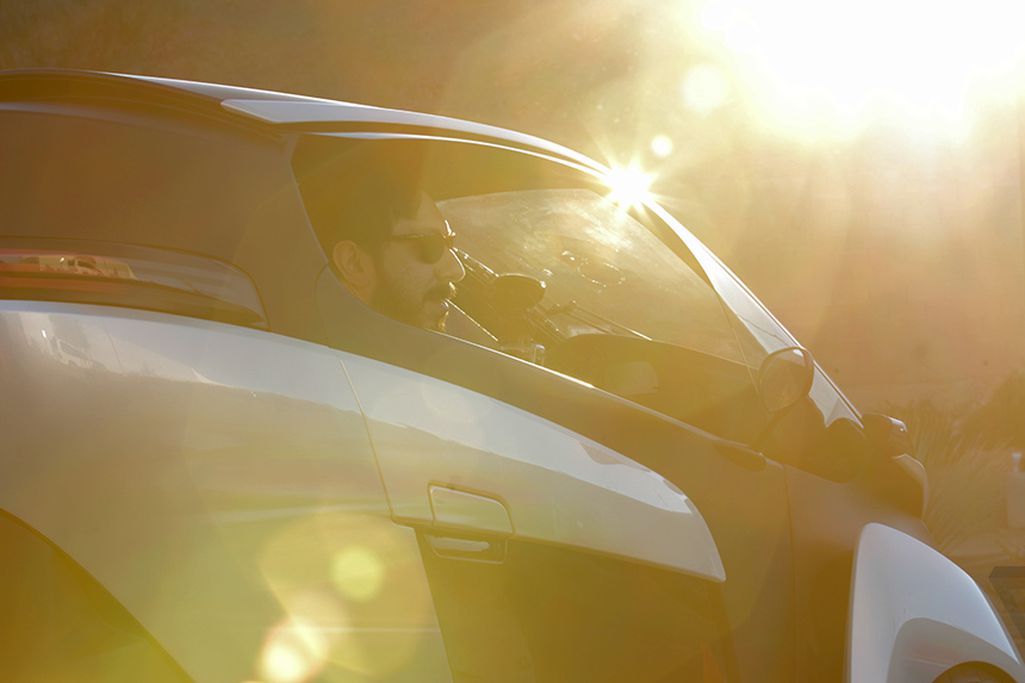 First introduced at last year's Geneva Auto Show, Toyota's bizarre i-Road doesn't seem like the kind of car that could ever make the leap from a rotating platform on a well-lit stage to the street. In fact, calling it a "car" seems like a stretch: it's more like a transportation pod beamed straight from the future, a narrow, electric, three-wheeled hauler that automatically leans itself sharply into turns. It seats just one — two, if you're working with particularly diminutive humans — and tops out at around 28 miles per hour. It does just 30 miles on a single charge.

And yet Toyota announced later in 2013 that it would be putting the i-Road into car-sharing trials in Japan and France. What's the appeal?


"It takes the compactness of a motorcycle and the stability and convenience of an automobile," says Toyota's Akihiro Yanaka, noting that the i-Road's ultra-narrow body and relatively slow speed mean that it could be driven in bike lanes (some municipalities may disagree, but it's an interesting thought). And in some ways it's more of a faster, safer, more comfortable bicycle alternative than a tiny car, an ultra-efficient way to get around in dense, urban areas.

Driving the i-Road is actually kind of scary, at least at first

At CES this week, Toyota wanted me to take the i-Road for a test drive. How could I say no?

Since I'm 6-foot-4, getting into the vehicle was a little bit of a challenge. It is nothing like a standard car from an interior perspective — it's cramped, extremely narrow, and leaves little room for even buckling your seatbelt. Driving (riding?) the i-Road is... actually kind of scary, at least at first. Because the car is all electric, there's little difference in feel going from neutral to engaging the motor. At even relatively low speeds, the car leans deeply into turns. The faster the turn, the deeper the lean — but interestingly, the faster you're going the larger your turning radius becomes. That means you can't zip around tight corners at higher speeds, and though the designers of the i-Road claimed I had nothing to worry about, even at a moderate pace I did initially fear the car would just tip over on me. It didn't. 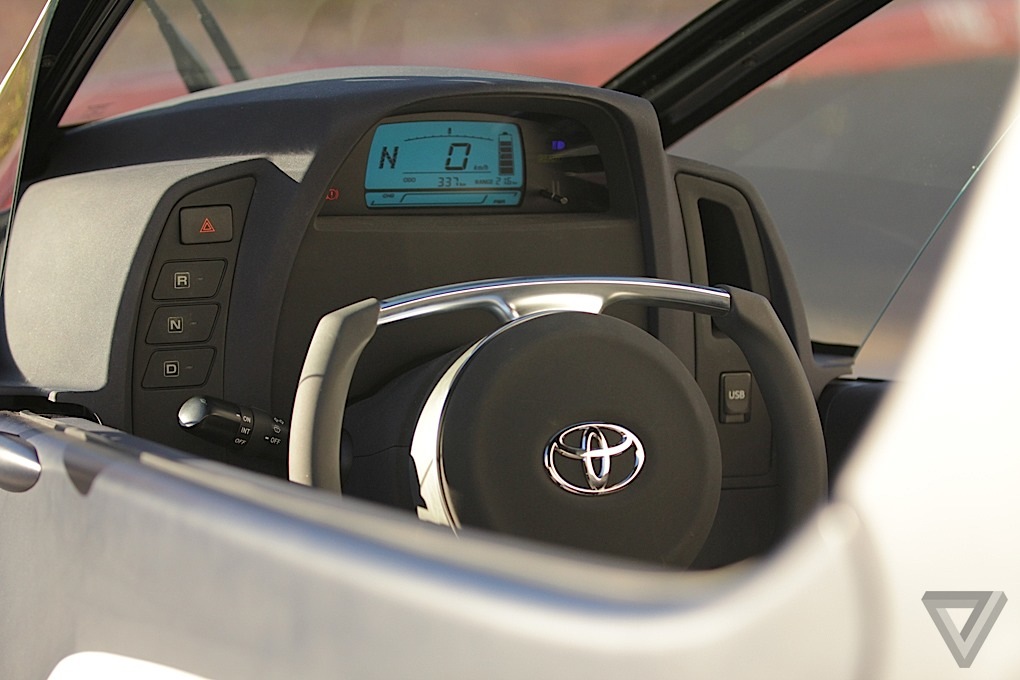 What it did do, however, was provide a pretty exhilarating drive — especially considering the i-Road is supposed to be practical above all else. Twisting the sleek little EV through the makeshift test track Toyota had set up was actually a surprising amount of fun. It's not exactly like being on a motorcycle, but there is something similarly visceral about being close to the road and feeling the hard tilt in turns.

The i-Road is fantastically maneuverable, able to take extremely tight turns at slow speeds. It's also super responsive, reacting quickly to your slight movements and able to stop on a dime. On the other hand (and as with many electric vehicles), acceleration leaves much to be desired. Whether by design or by default, because of the speed and range limitations, a local commute is probably as far as you'd want to push things. Toyota did note that the production i-Road would be faster — but by how much, they're not saying. 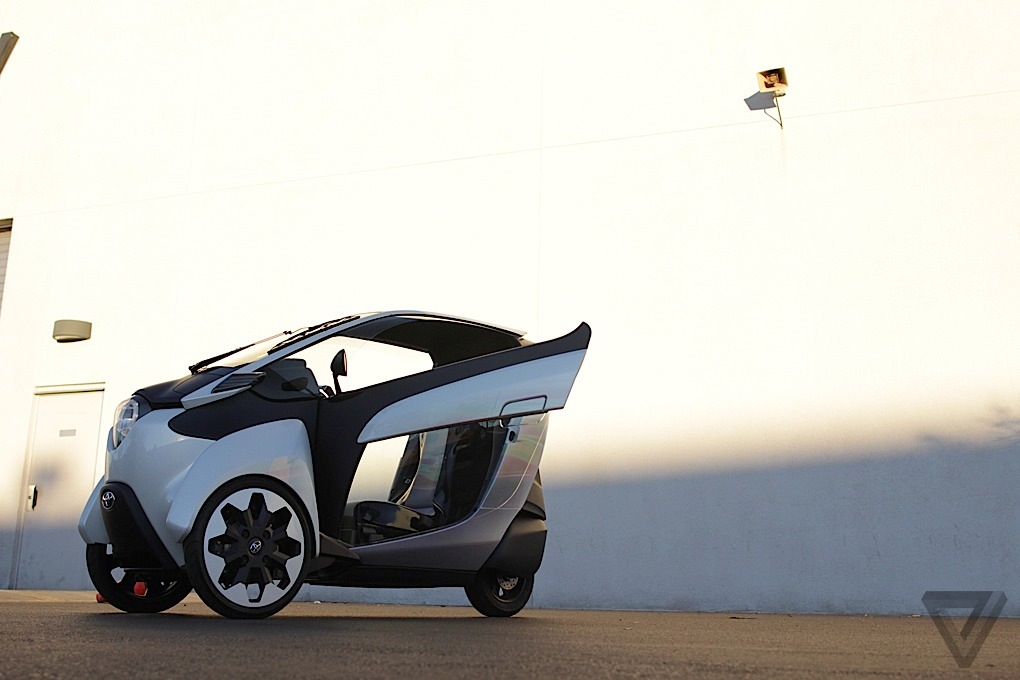 There's clearly a case to be made for Toyota's experiment

Overall the i-Road was a bit of a surprise. While I like smaller cars, a vehicle of this diminutive size would never have been something I considered — but after driving the car for a short while, there's clearly a case to be made for Toyota's experiment. A transportation option like the i-Road for short commutes in New York would be nothing short of amazing.

Right now there's no price point listed for the car, and that may always be the case. The i-Road isn't planned for individual sales right now, just car sharing. As for this kind of car coming to the US any time soon? I wouldn't hold your breath.