Digital Storm was one of the first companies to reveal its Steam Machine — its own take on Valve's formula for the perfect living room gaming PC. Today, the company's getting the news out ahead of Valve's announcement yet again, formally announcing that the new Digital Storm Bolt II will go on sale later this month for $1,899.

The Bolt II dual-boots Windows and SteamOS, and features liquid cooling by default — which allows the company to overclock the Intel Core i5-4670K processor to a speedy 4.2GHz right out of the reasonably small box. While the case features quite a few screws, PC builders will find components relatively easy to remove, with easy access to the hard drive bays, the memory, the graphics card, the slot-loading optical drive, and even the 240mm radiator with its twin cooling fans. There's also five USB ports and a variety of card readers integrated into the front of the machine. 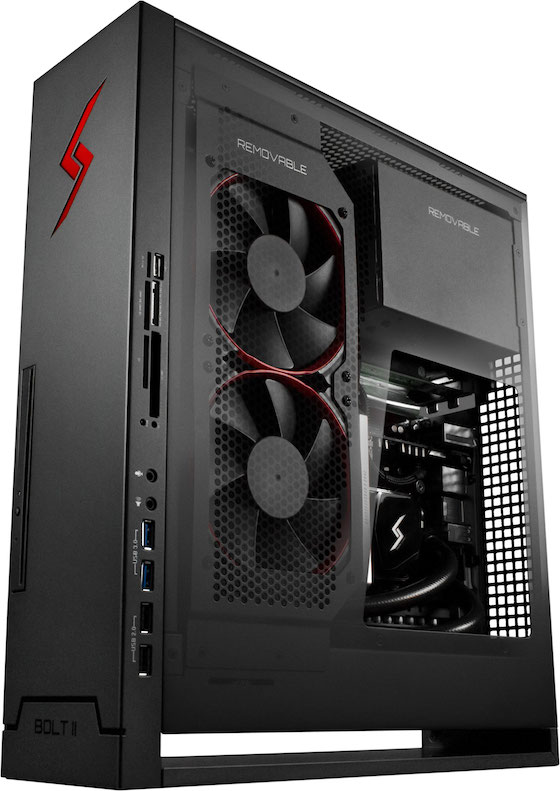 A gaming PC first and a Steam Box second

According to the company, the system may not ship with SteamOS until the new operating system is out of beta, and Digital Storm is still finalizing the machine's specs at the starting $1,899 price point, but expects it to come with a 1TB hard drive, a 120GB solid state drive, and Windows to start. Upgrades will likely include a GeForce GTX 780 Ti or a GeForce Titan graphics card, and an Intel Core i7-4770K processor. Digital Storm tells us the all-important Steam Controller won't come with the computer, but be available to purchase later on.

More from this stream Steam Machines at CES 2014