Panasonic's plasma TVs may be history, but the company isn't forgetting the legacy they've left behind. During its CES presentation moments ago, Panasonic claimed that its newly unveiled 4K LED televisions offer the same picture quality as its critically acclaimed plasma sets, which were discontinued last year to the dismay of many home-theater enthusiasts. Obviously the resolution is far greater, but Panasonic displayed a color chart as evidence that its new Life+Screen series exceeds the impressive color reproduction of the ZT60 — the best plasma panel the company ever produced. Panasonic's consumer 4K TVs are due later this year in 58 and 65-inch sizes. An 85-inch model will follow later in the year. Prices have not yet been disclosed. 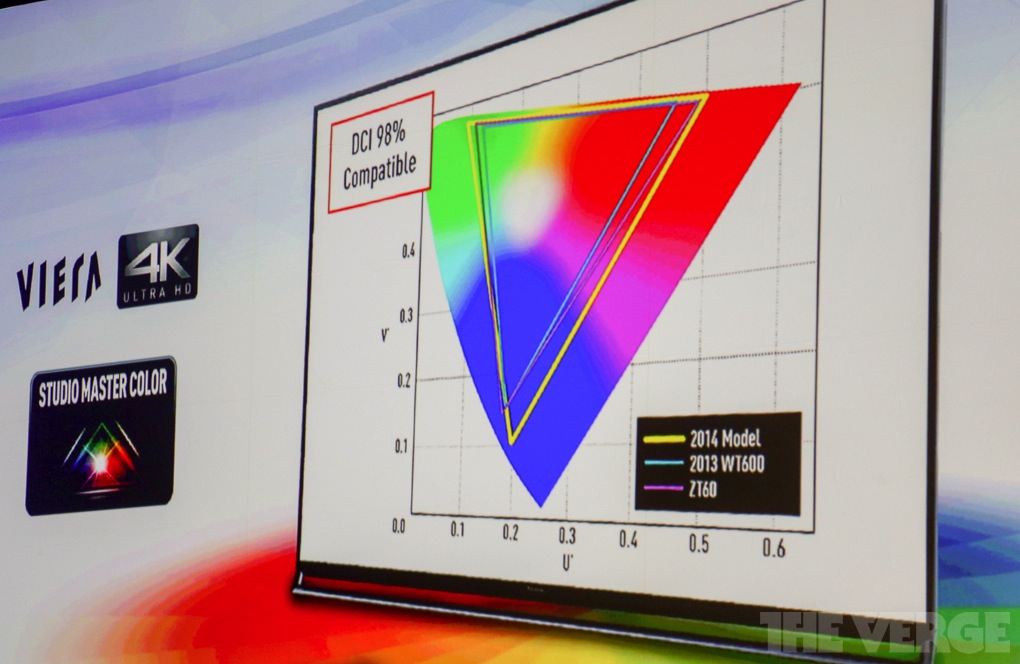 Both 4K and 1080p models in the new Life+Screen TVs series feature an all-new interface that, according to Panasonic, offers deep personalization options. A "myStream" feature remembers which content viewers in a household like best, and Panasonic says the TV can recognize who's watching through facial recognition; it even knows when a viewer is leaving the room. And since it's 2014, Life+Screen is obviously connected to the cloud, letting users view videos, music, memos, and other content stored on a smartphone on their TV screen. We're looking forward to giving the Life+Series and Panasonic's 4K LED TVs a closer look on the CES show floor.