Nearly two years ago, we broke the news that Valve was working on its very own game console. The reasons weren't yet clear. We didn't yet know that the company wanted to throw off the shackles of Windows with its own Linux-based operating system, or that a host of PC manufacturers would take it seriously enough to build hardware.

Today, the Steam Machines are here. Valve has just announced the first wave of computers that can officially be called Steam Machines at the Consumer Electronics Show in Las Vegas.

So what is a Steam Machine, anyhow? Just ask Alienware.

Last month, we sat down with Valve designer Greg Coomer and Alienware product manager Marc Diana to discuss what Valve believes will be the most important Steam Machine out of the gate: a tiny Alienware box that bears no resemblance to a traditional gaming PC.

Just 8 inches on a side and 3 inches tall, Alienware's Steam Machine is the size of a small game console, and the company claims it will be priced competitively with the Xbox One and PlayStation 4. And yet this box will deliver full PC games at 1080p resolution to your TV set, something even the latest game consoles still struggle to manage.

It's unique among Valve's Steam Machines in another way, though. Alienware, a subsidiary of Dell, has distribution channels in over 60 countries, and Diana says that Alienware's Steam Machine will be available globally as a result. 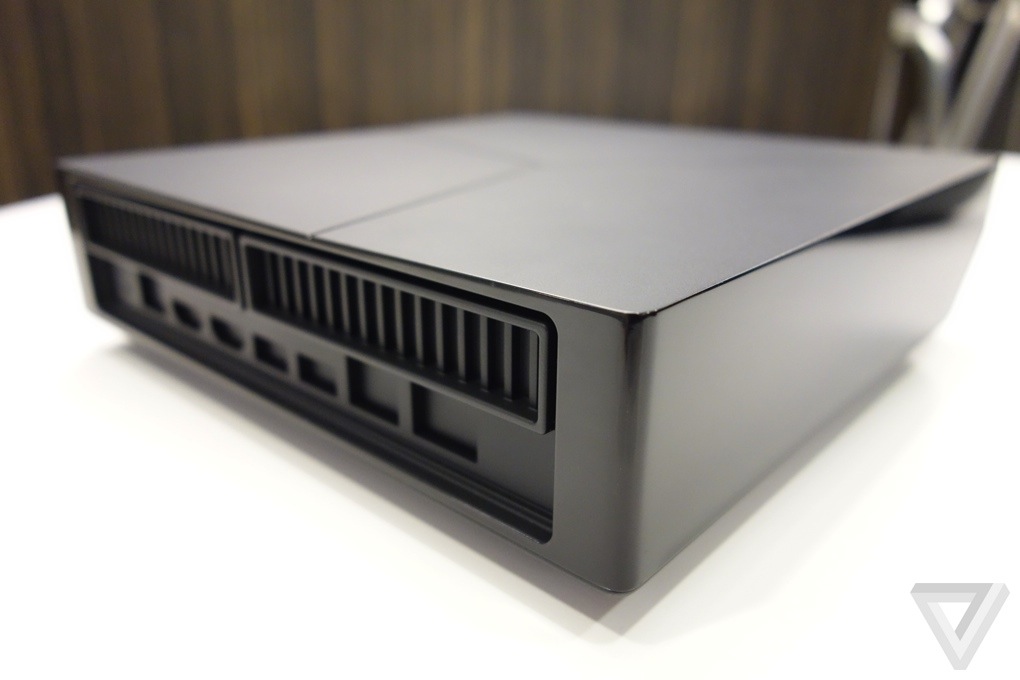 But as Valve's hardware lineup demonstrates this evening, size, price, and distribution aren't requirements to build a Steam Machine. Most of Valve's partners are boutique PC vendors, and there will be a wide spectrum of different hardware available this year. While iBuyPower, Maingear and CyberPowerPC will join Alienware in selling relatively small, cheap computers designed to fit into a home entertainment center, the spectrum ranges all the way up to beastly multithousand-dollar gaming rigs that were designed to run Windows. Some of them will still come with Windows on board. Some Windows machines will even ship before SteamOS is out of beta, hoping to capitalize on the excitement around Steam Machines right now. Valve won't stop them.

That's because technically, a Steam Machine is just a computer that runs SteamOS and ships with a Steam Controller. It doesn't even need a Steam logo on the box. "The specs, the features, the size, all of what it looks like and everything ... all of the discretion is given to the manufacturer," Alienware and Valve tell us.

"All of the discretion is given to the manufacturer."

Meanwhile, SteamOS itself is just a dedicated standalone version of the Steam desktop client that already runs on Windows, running in Big Picture Mode to be more legible from your couch and usable with a controller. While the lighter Linux-based operating system could eventually be a plus, right now it just means you have far fewer games to play because the Windows ones won't work — unless you already have a Windows-based gaming PC you can stream them from, an upcoming Steam feature. 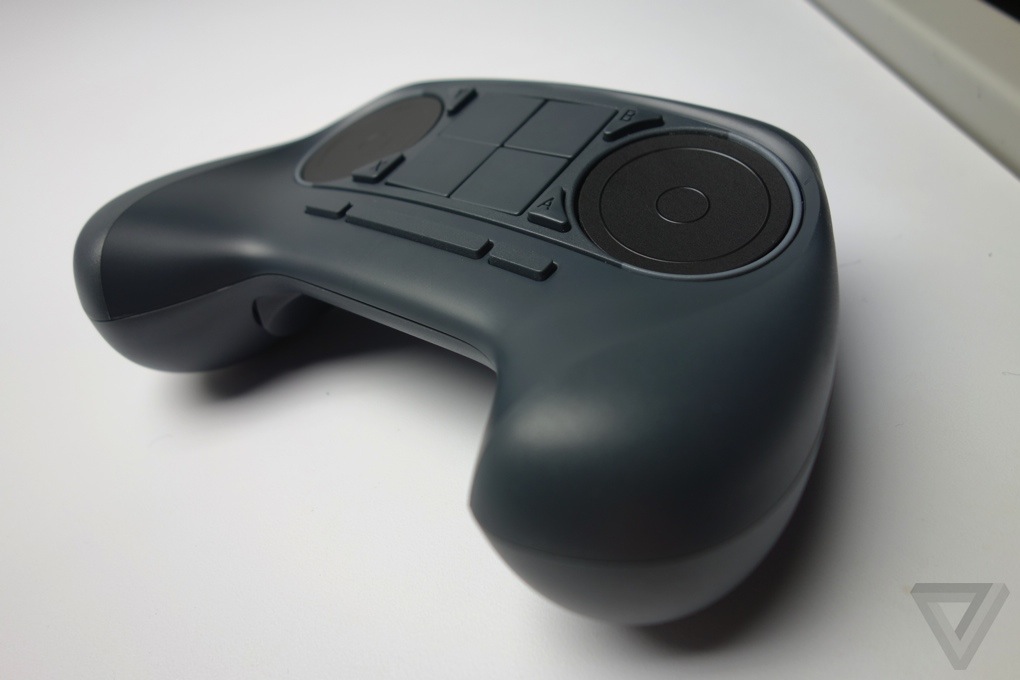 But that controller could make all the difference. Valve's Steam Controller is one piece of the hardware puzzle that Valve's building all by itself, and the company has big plans for the peripheral. As we discovered in November, the Steam Controller is an extremely clever piece of kit that uses dual touchpads, a touchscreen, and haptic feedback to provide an experience nearly as quick and accurate as a mouse and keyboard without requiring you to have a mouse and keyboard on your lap.

When you pair that controller with Alienware's box, it's definitely a compelling vision. Alienware didn't have a working model, but with a computer that Alienware says is representative of the entry-level spec for its Steam Machine — including an undisclosed Intel CPU and Nvidia GPU — we played a few games at full 1080p resolution and high settings and the computer seemed to have plenty of power to spare. With four USB 3.0 ports, HDMI input and output, Gigabit Ethernet and optical audio out, the machine doesn't have the connectivity of a giant desktop, but it has all the ones you'd need to route it into a home entertainment system. It's small and powerful, and — assuming Valve can secure enough games for Linux — it seems like a compelling alternative to a console.

"We consider this to be a PC gaming console."

For now, neither Alienware nor Valve are willing to go that far. "We consider this to be a PC gaming console," says Diana. "We don't see this product as competing against a PlayStation 4 or competing against an Xbox One." For now, both Alienware and Valve say, the idea is just to give existing Steam users a way to get an experience that brings the openness of the PC platform to the living room. Today, a lot of that openness is based in Microsoft's relatively closed Windows ecosystem, but tomorrow things could be different — if boxes like Alienware's show up in homes around the globe.

"It's what we hoped would happen when we began this relationship about a year ago," says Coomer. "This machine is the one that we think is actually going to serve the most customers and make the most Steam users happy."