The dream of a vintage Polaroid instant film camera that also gives photographers the ability to share photos to social networks has finally developed into reality. Today at CES, Polaroid announced that its long-awaited Socialmatic camera will ship in the fall for $299. The Android-based, endearingly square shaped touchscreen camera features a 14 megapixel front lens, a 2 megapixel rear camera, and WiFi and Bluetooth for easily sharing snaps to the social network of the user's choosing. There's also 4GB of internal storage and a Micro SD slot, ensuring there's plenty of space for all the photos even the most careless of casual shooters could want. 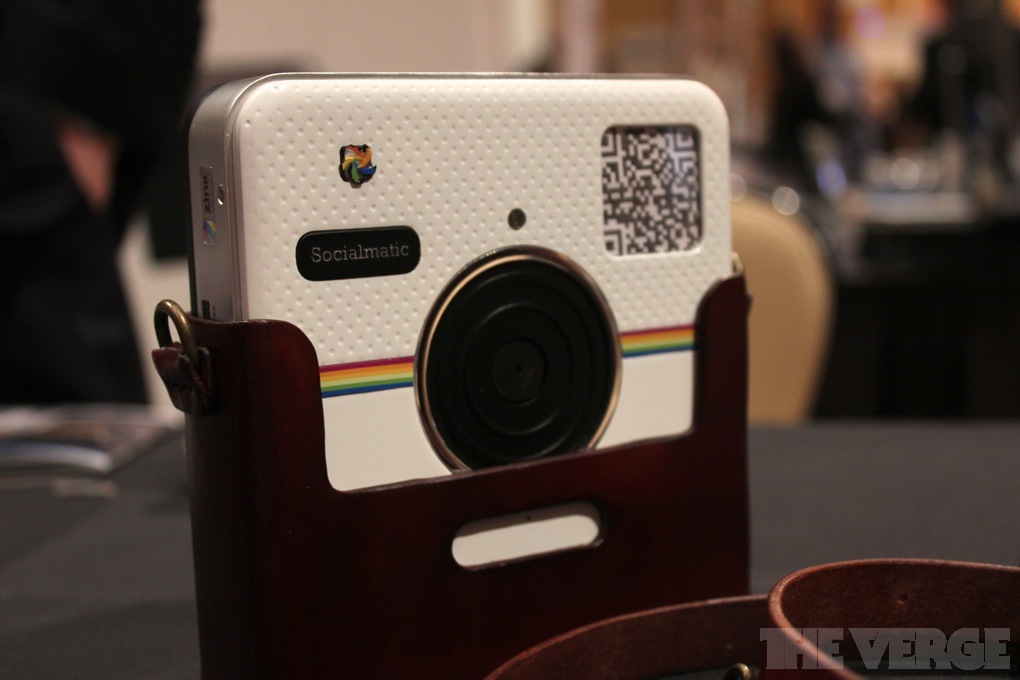 But the real fun comes into play with the built-in Zero Ink (ZINK) printer, which produces 2x3-inch full-color sticker photos in less than a minute, harkening back to the days when instant film was high-tech. In one of the more innovative uses of QR uses, each Socialmatic user also gets their own device QR code, which appears on their printed photos and can be scanned and moved to other devices, or printed out by another Socialmatic camera. However, you don't have to shake these photos – they come out dry and fully developed. For those looking to take their love of vintage to a whole new digital era, the camera is an enticing, if bittersweet, proposition — given Polaroid's recent decline. However, the prototypes we saw at CES were nonworking, so the quality of the final shipping product will be as much or more of a surprise as the instant film photos of yore.