Sony has finally spilled the details on its Gaikai-powered streaming service PlayStation Now, and we wasted no time in giving it a try. PlayStation Now lets owners of Sony hardware (including PS4, PS3, Vita, and Bravia TVs) stream some of the company's greatest games — all from the cloud. The demo at Sony's CES show booth features four titles, including The Last of Us, God of War: Ascension, Beyond: Two Souls, and Puppeteer, all running on a Bravia HDTV, and all running without a PlayStation 3 anywhere in sight. For our demo, we first booted up God of War. The game's loading time left a bit to be desired, but once it was running, things went on without a hitch. Yes, there's a slightly perceptible lag between button presses and the corresponding action onscreen, but we still managed to slay numerous enemies in God of War's brutal style without it being a problem. 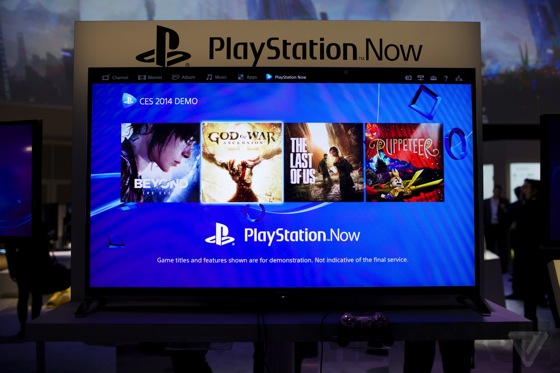 The Last of Us was just as impressive. In terms of graphics, the experience isn't perfectly on par with what you'd get from a PS3, but Sony emphasized that everything will depend on your bandwidth. When you start PlayStation Now, it will perform a connection check and warn you if your session will be hampered by slow data speeds. We noticed some visual artifacts onscreen, but the opportunity to play fully fledged PS3 games on a TV screen sans any console should make up for that in the minds of many. And it delivers at least some form of backwards compatibility to PS4 owners. We can't wait to spend more time with PlayStation Now in the weeks and months to come.