Tobii is back at CES this year with eye-tracking that has now been updated for gaming. Last year the company fine-tuned its eye-tracking technology that controls your desktop, and now it has released the EyeX Developer Kit that allows developers to create games with eye-tracking integrated into the game's core code. Currently Tobbii's technology can be used with existing games to control things like character movement and aiming, but the company is hoping that with the release of the developer kit, more game creators will start coding eye-tracking technology directly into games to create the most immersive experiences possible. The EyeX Developer Kit comes with the sticklike sensor hardware, development framework, and a few games and applications to get started. The kits will ship in March and will cost $195, but developers can preorder them for a special price of $95 during the month of January with the code "CES2014."

Tobii has also been partnering with a bunch of other companies in an attempt to make eye-tracking technology ubiquitous across all kinds of devices. Also at CES the company revealed a partnership with SteelSeries to make a new version of its sensing stick. It's a new piece of consumer hardware that's slightly longer and thinner than the original sensor stick and will be priced for consumers. No exact numbers have been released, but the final product will be available in the second half of 2014. In its long-term plans, Tobii is also working with Synaptics and a few computer manufacturers to make desktops, laptops, and tables integrated with eye-tracking technology. 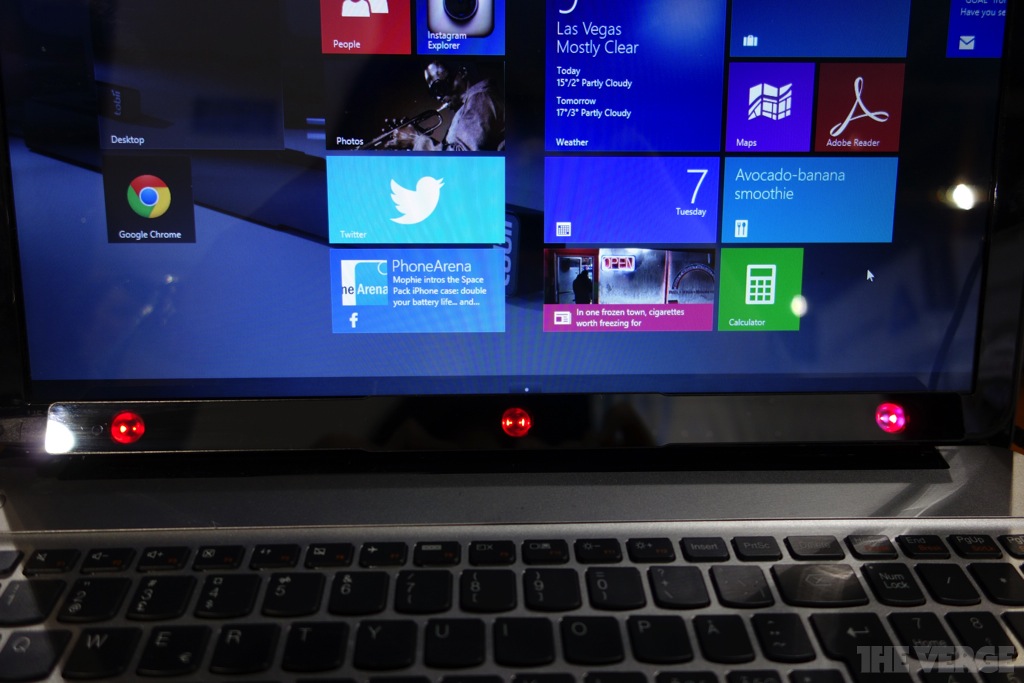