As Panasonic moves away from plasma TVs, its focus is now on 4K and smart interfaces. At CES 2014, the company is showing off its Life+Screen AX800 Series, a line of 4K LED televisions with the new Life+Screen system that wants to be the smartest TV interface.

Panasonic introduced its "My Home Screen" system at last year's CES, but the new version has features like "my Stream," which creates streams for specific users depending on what they watch and automatically makes recommendations depending on that content. What's really cool is that "my Stream" gathers metadata from everywhere you consume content, including your television, computer, smartphone, and tablet, and can suggest content from outlets like YouTube or Netflix directly within the home screen while also supporting those separate apps. 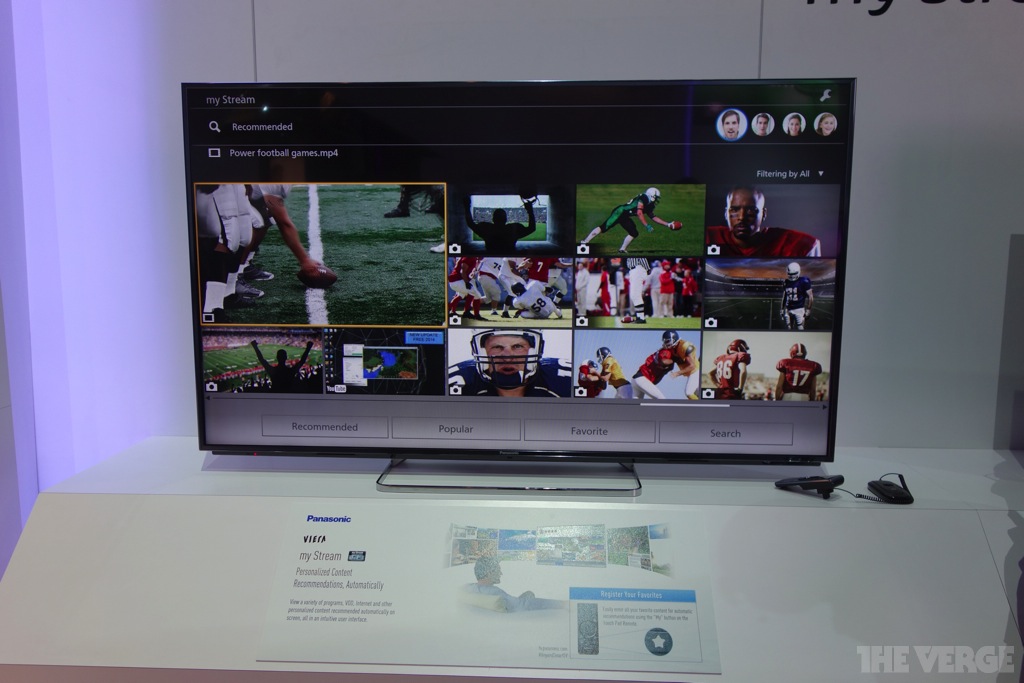 There's also a voice assistant that lets you search for something like football by saying "football" into the speaker, and "my Home Cloud" with remote sharing, which lets you upload content to your cloud account from anywhere and letting you instantly view it on the television. Essentially, Panasonic is hoping to win consumers over by taking the fuss out of smart TV interfaces by making them do all the work for you, while also bringing consumers 4K television that's just as good, if not better, than plasma.

The 58-inch Life+Screen television is currently available for preorder at $4,499.99, and the 68-inch model will be available later this year.