AdhereTech's smart pill bottle knows when you take, and miss, your medication

Share All sharing options for: AdhereTech's smart pill bottle knows when you take, and miss, your medication

For some people, taking medication on time every day is a matter of life and death. AdhereTech has created a newer version of its original smart pill bottle prototype that wants to take the pressure off those who need to take pills on a regular basis. The bottle tracks the opening and closing of the childproof cap, how much medication is removed, and sends that information via cell phone technology to doctors and pharmacists who can monitor it. During the window of time that the patient needs to take medication, the bottle's small light indicators glow blue, and if the bottle isn't opened, they turn red and beep to remind the patient to take the pills. If the medicine isn't taken, the patient receives a phone call or text message alert as an additional reminder.

The form factor may look a little strange and sterile at first, but that's exactly how AdhereTech wanted it. The bottle can hold about double the capacity of the standard-sized pill bottle, and according to CEO Josh Stein, the company wanted the final product to look like an expensive medical device. It has flat sides, making it easy for pharmacists to stick prescription labels on it, and the company made it in a kind of oval shape so it would be super easy to grip for elderly patients. The pill bottle's design is also directly related to its function — Stein says that at first, it wasn't easy to get the sensors that control the bottle into the product. They finally came up with this form factor, one that holds capacitive sensors at the base of the bottle and on its inner walls to detect and measure exactly how much medication is removed each time it's opened. That'll come in handy not only if a patient didn't take their pills, but also if they took too many. The notification message can be sent to the patient as well as to any caregivers they have, so there's always someone who can account for the use, or misuse, of pills. 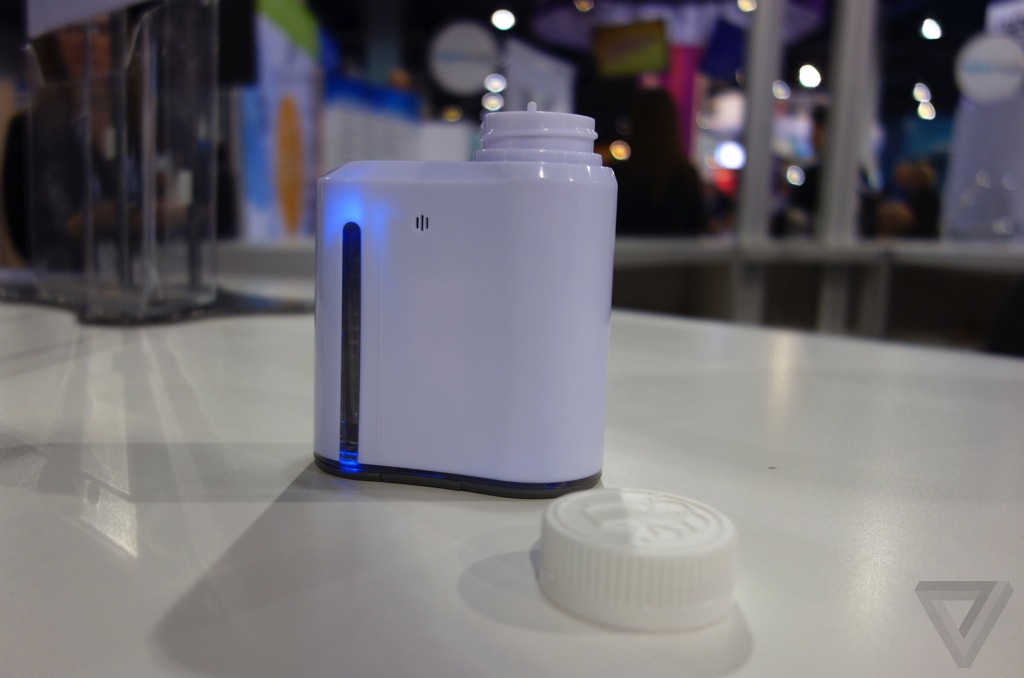 AdhereTech is already partnering with universities and hospitals to give the pill bottle to patients with expensive medication that needs to be taken on a daily basis. Cancer and HIV patients are the main focus right now, but eventually the bottle could come to consumers for any kind of medication. AdhereTech is already working on a bottle redesign to make it cheaper and easier to manufacture, and if they can do that, you may not ever have to stress about missing your meds again.