PlayStation Now will require a DualShock controller for TVs, tablets, and phones

PlayStation Now will require a DualShock controller for TVs, tablets, and phones

PlayStation Now could be the future of gaming, but you're going to need a proprietary controller to play. Though Sony has announced that the streaming game service will come to tablets and smartphones — perhaps even non-Sony devices — the company doesn't plan to let you use a touchscreen. To play PS3 games, PlayStation marketing VP John Koller tells us, you need to have the gamepad they were originally designed for. "You need to have the DualShock to be able to play," says Koller.

Sony tells us a DualShock 4 will do for the PlayStation 4, and the PlayStation Vita handheld buttons can continue to work the same way they do now. Sony's new Bravia TVs will specifically require a DualShock 3 controller, though — and so will tablets and smartphones, according to the executive. 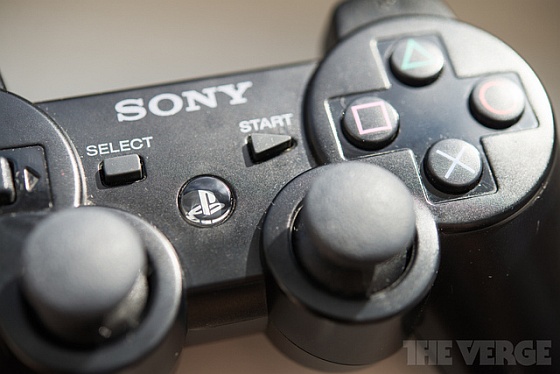 A bit of an odd requirement

It's a bit of an odd requirement. While a DualShock 3 isn't particularly expensive anymore and used controllers won't be hard to come by, the idea of taking your game anywhere you take your smartphone is slightly diminished. If you have to carry a gamepad wherever you go, it's a bit of a hassle, although admittedly the DualShock 3 isn't as bulky as some other gamepads. Besides, the company's already proven that the PS3 can accept input from mobile devices as if they were a controller themselves. Beyond: Two Souls has a companion app that lets you play the entire game from a smartphone.

However, it isn't necessarily about what the technology can do so much as the gaming experience Sony wants to provide. "It's a lot of how these games were developed," says Koller, when we ask why virtual buttons wouldn't work. "We want to continue the experiences as they were meant to be played on the controller," he says, explaining that if you'd previously played a game like The Last of Us on PS3, you'd be able to pick up the controls immediately on PlayStation Now with the same exact gamepad in your hand.

"We want to continue the experiences as they were meant to be played on the controller."

And it may need to be the exact same gamepad, even if you're theoretically gaming on a device, like the iPhone, which has a gamepad standard of its own. Koller says that Sony still needs to test and see if it can sync up the DualShock 3's Bluetooth standard with the iOS 7 gamepad API, but that's the direction that the company is headed right now.