Make it beautiful: how the fashion industry is giving tech a hand

Blurring the lines between gadgets and jewelry

Share All sharing options for: Make it beautiful: how the fashion industry is giving tech a hand

For the fashion-conscious, wearable gadgets are currently not wearable. But at CES 2014, fashion moguls and global tech authorities are finally chatting about how to fix that problem. Design as a function isn't a new idea, but the fashion industry thinks about it differently — and the tech industry is starting to listen.

On Monday, Intel shared the stage with Barneys New York, the Council of Fashion Designers of America, and Opening Ceremony as they announced a collaboration between the fashion industry and the tech industry to make wearables more beautiful as they become more ubiquitous. That, Barneys New York COO Daniella Vitale says, is more opportunity than challenge. "One of the greatest opportunities for wearable technology as a concept to be successful is fairly simple," she said. "Design a beautiful accessory that our customers would desire."

Vitale mentioned nothing about functionality, connectivity, or specs. She knows while design can aid functionality by helping a product do what it was made to do, it can also be a function. Fashion isn’t about specs and features, it’s about aesthetic and personality — how something looks, how it looks on you, and how it makes you feel when you're wearing it. "The things we wear are personal reflections of ourselves," said Ayse Ildeniz, vice president of business development and strategy for Intel's New Devices Group. "We somehow get emotionally connected to them." With the way wearables are designed today, they do not evoke the same personal attachment as, say, a Ferragamo blazer or J Brand pants. Wearables say "look at me, I'm tech-savvy" rather than "look at me, I'm fashionable." 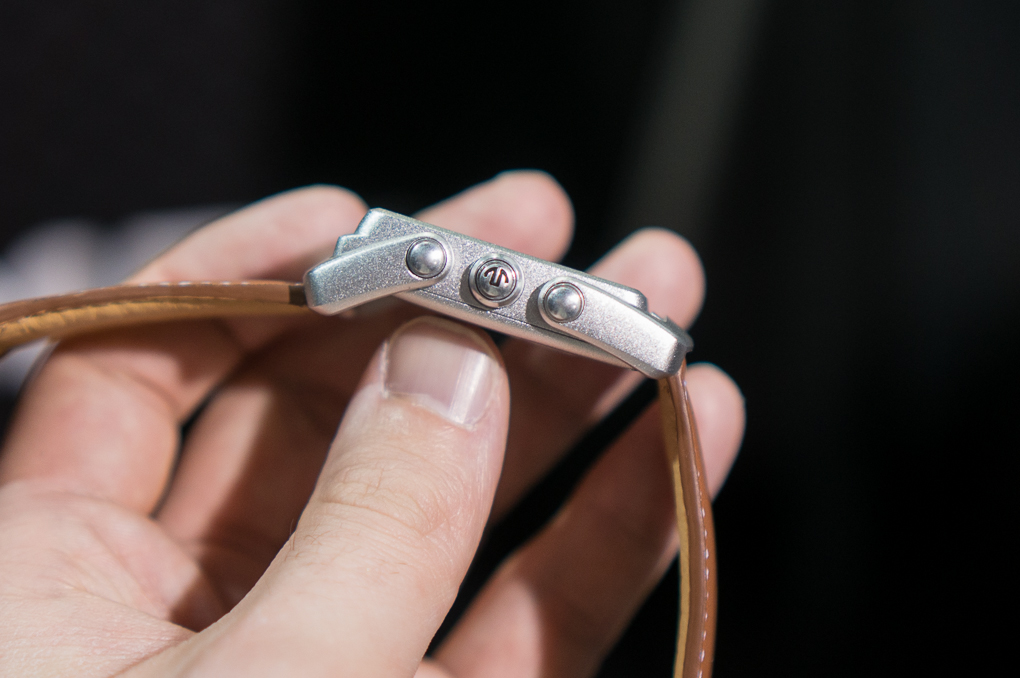 But things are changing. There are clear examples at CES that tech companies are starting to think about fashion and design. The Netatmo June bracelet is made with Louis Vuitton and Camille Toupet-designed jewels that tracks your sun exposure. There’s also the MetaWatch, designed by ex-Fossil engineers and made with premium metals and classic leather wristbands. But the most noteworthy wearable at CES was the Pebble Steel smartwatch. It’s designed to be worn with either a stainless steel band or a genuine leather strap, forgoing the ostentatious sportiness of the original for a modern, sleek look. Pebble designer Steve Johns said that the new design was influenced by both traditional watches and modern technology like cellphones — a balance that’s previously proven elusive, but that Pebble is quickly finding.

Pebble knows it needs to be fashionable to stay relevant in the wearable market (not to mention staying competitive among wristwatches), but Johns says that sometimes technology lags behind what’s required to fit beautiful designs. "It seems to me that designers don't have any challenges designing beautiful concepts," Johns says, "but most of the time the technology is never mature enough to meet those demands. But wearables are a growing industry so I can see the manufacturers making it more of a priority to design into small devices."

Designers are also making it a priority to reach out to tech companies to put their stamps on gadgets. FitBit announced a collaboration with Tory Burch to make fashionable necklaces and bracelets for its activity-tracking devices — and Burch approached FitBit, not the other way around. Unfortunately, only a prototype is ready right now, but even if the finished product isn’t available yet, it’s yet another example of how fashion professionals know that they can contribute to technology using their design eyes, and how eager they are to do so. It’s also another way for designers to reach out to new customers who might have never purchased one of their regular accessories. On the tech side, wearable companies now don't have to focus on perfecting the basics; they can take the time to make pieces of beauty that are also functional gadgets.

"Designers don't have any challenges designing beautiful concepts, but most of the time the technology is never mature enough to meet those demands."

Collaboration or not, it’s really the mentality of the tech industry and consumers that must change — and it is changing, slowly. Aesthetics may have moved up on the priority lists of gadget companies, but tech specs still rule. For all its good looks, what’s most celebrated about the Pebble Steel is what the watch does. If tech companies and consumers can start thinking about aesthetics the same way they think about specs, it’ll open up a new range of opportunities for fashion-forward devices. There's no reason why wearables still look like "wearables" — they should be Vacheron Constantin watches, Tiffany bracelets, and Warby Parker glasses. 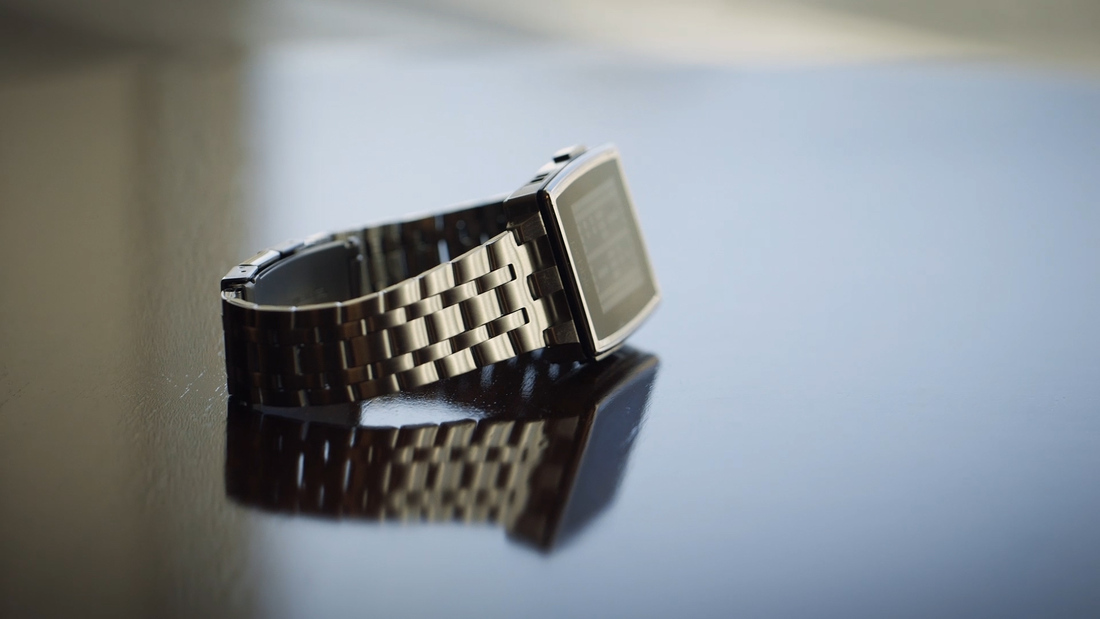 That was the sentiment expressed by Intel’s fashion partners this week. "I think a lot of the functionalities are going to be very appealing, but I do think that the design element will be very paramount," said Matthew Woolsey, SVP of digital for Barneys New York, at a CES panel this week. "The quality of the design speaks to us first, and I think it speaks to our customer first, so I think that achieving on the design will allow the customer to start to build that emotional relationship in a way that maybe hasn’t happened yet with wearable technology."

"What we’re looking for is to emphasize the technological aspects of the piece, but to make something that doesn’t feel like a piece of hardware," agreed a representative from Opening Ceremony. "[Something] that feels like a piece of jewelry or a covetable object in and of itself that we’ll be excited to wear." Specs and features have historically been the technology industry’s primary targets, and even something like the Pebble Steel clearly prioritizes its functionality. It’s clear that that will have to change if wearables are to take off outside their most obvious demographics.

Variation in design is crucial for successful fashion

A greater level of variation in design is also crucial for smart fashion to be successful. Now, if something is a hit, everyone wants it, lots of people buy it, and with so many people wearing the same thing good design becomes a commodity. For fashion, an industry that places so much value on originality, that's a huge problem. If everyone wears the same shirt, eventually we'll all look the same — and being the "same" is equivalent to fashion death.

This is where the tech industry can do what it does best: innovate. It’s gotten to the point where technology companies have innovated with wearables so much that the standard is pretty accessible; it’s relatively easy to make a fairly decent wearable now. Not all technologies can match all great designs yet, and vise versa, but the talks between technologists and designers will speed that process up. And if technology can be distilled down to its purest form so it can be applied to any accessory or piece of clothing, that will be the gateway the fashion industry needs to do what it does best — make it look good. Make it beautiful. Make it work.