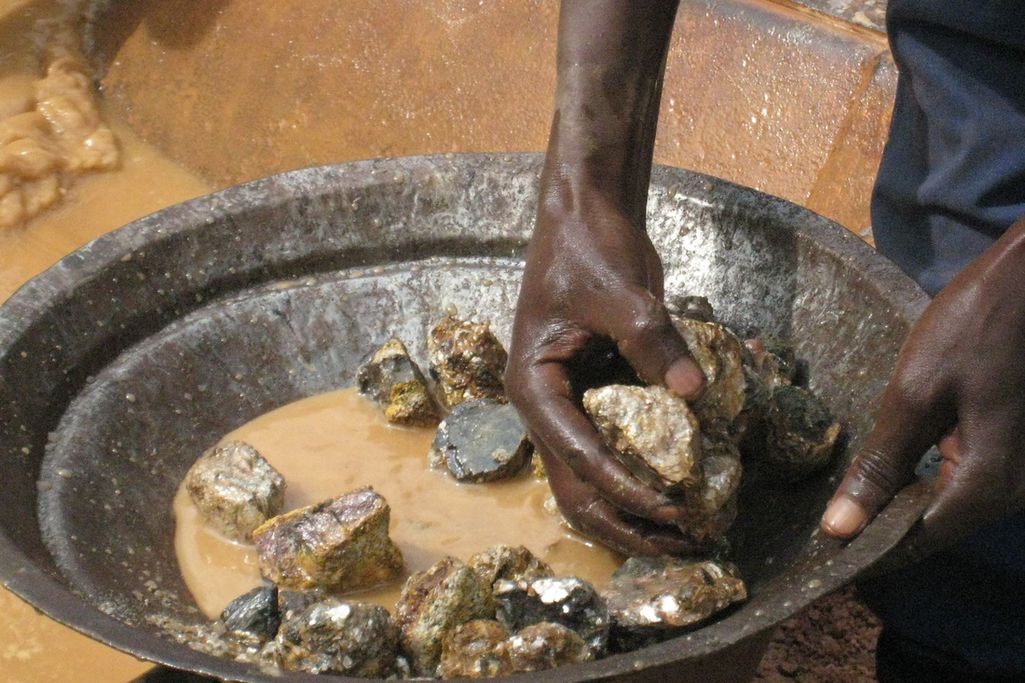 The war on conflict minerals began heating up this week, following a controversial court case and an unexpected announcement at CES. On Monday, Intel announced that all of its microprocessors released in 2014 will be free of so-called conflict minerals: a class of four materials used to fund armed groups and militias in the Democratic Republic of Congo (DRC) and other central African countries.

Intel says it spent four years working to implement its supply chain program at the urging of human rights organizations and high-profile activists. The US government and other international groups say the trade of conflict minerals — including tantalum, tin, tungsten, and gold — has helped finance violent groups and regimes in the DRC, where a relentless cycle of war has killed at least 5 million and displaced countless more since the 1990s.

"We felt an obligation to implement changes in our supply chain to ensure that our business and our products were not inadvertently funding human atrocities," Intel CEO Brian Krzanich said at Monday’s presentation.

By making the announcement during its CES keynote, Intel is looking to bring a relatively obscure policy issue to a broader consumer audience. Today, the company held a panel interview in the middle of the show floor with Krzanich and House of Cards actress Robin Wright, who has been an outspoken activist for conflict-free minerals. The company clearly wants to cast itself as an industry leader in socially conscious manufacturing while reaping the positive CES coverage that’s likely to follow. 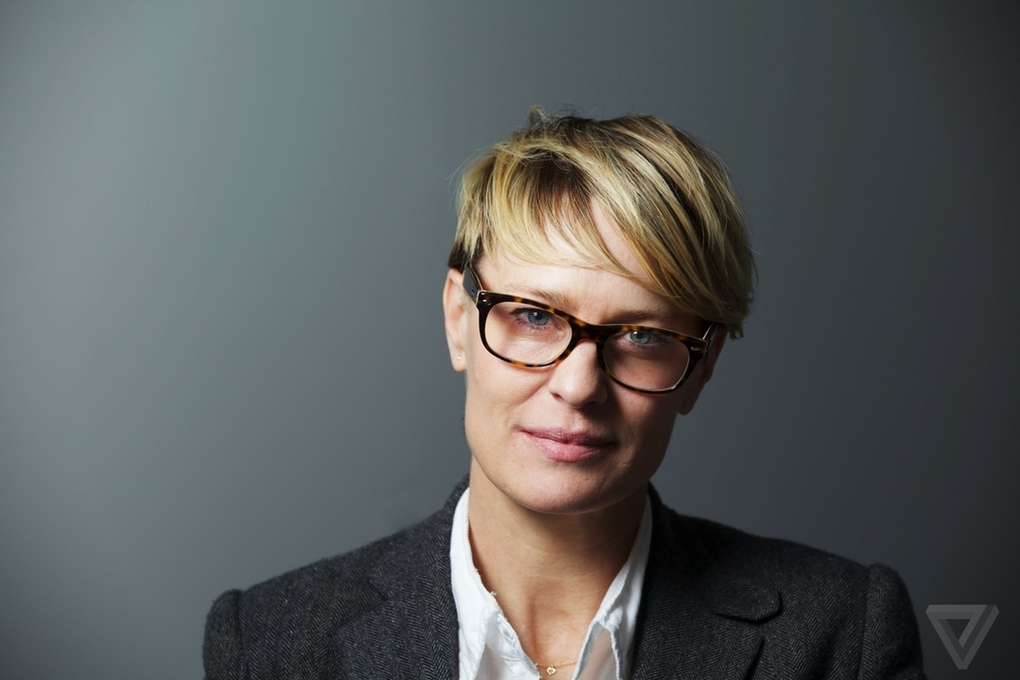 House of Cards co-star Robin Wright has been an outspoken activist for conflict-free mining.

It’s too early to say whether the move will inspire other technology companies to follow suit, though they and other manufacturers are facing increased political pressure to rein in the conflict mineral trade. New federal regulations, slated to go into effect later this spring, require companies to publicly disclose whether their products include minerals that originated in the DRC or neighboring countries. The idea is to pressure companies into procuring minerals through legitimate channels, but the rules have been met with stiff resistance from business associations and DRC experts alike.

On Tuesday, a Washington, DC, appeals court began hearing oral arguments in a challenge against the regulations, which were passed by President Obama under the 2010 Dodd-Frank Act and implemented two years later by the Securities and Exchange Commission (SEC). The case was brought by the Chamber of Commerce, the National Association of Manufacturers, and the Business Roundtable, which argue that the requirements will place undue financial burdens on manufacturers. They also claim that the SEC should not be charged with overseeing what they believe is an explicitly policy- and consumer-focused matter.

"the SEC's corporate disclosure rule is not an effective approach to solving this serious humanitarian challenge."

"We understand the seriousness of the humanitarian situation in the Democratic Republic of Congo (DRC) and abhor the violence in that country," the Chamber of Commerce and the two other associations said in a joint email statement. "We believe, however, that the SEC's corporate disclosure rule is not an effective approach to solving this serious humanitarian challenge. In issuing its final rule, the SEC made several regulatory choices that place unprecedented and extreme compliance burdens on America's job creators without ending violence in the DRC."

The SEC has estimated that companies will have to pay between $3 and $4 billion to review their supply chains, and an extra $200 to $600 million in annual compliance costs. Some experts say those costs could force companies to abandon central Africa altogether, thereby doing even greater economic damage to the DRC and its neighbors.

Intel acknowledges that it could’ve easily moved its business away from central Africa rather than clean up its existing supply chain — the DRC accounts for a small percentage of its mineral supplies — and there were real costs involved in mapping out and tracing its supply chain. But it says the costs, both to the company and consumers, will be small compared to the long-term benefits.

"As a shareholder you should care about this."

"As a shareholder you should care about this, you should want us to address it," Krzanich said at a CES panel today. "It did cost us a lot to set up this program, but now [that] it’s running, the cost of the actual materials is no more. So this doesn't cost you more from a material standpoint, the cost of your product will not go up."

Cleaning up its supply chain took considerable effort. Led by supply chain director Carolyn Duran, a small team of Intel employees spent the last four years traveling to some 60 smelting facilities in more than 20 countries, asking them for comprehensive lists of their suppliers, implementing stronger management systems, and conducting audits with the help of third-party companies.

"We found that the smelters are the pinch points in the process," Duran said this week in an interview with The Verge. "If you wanted to get the dirty stuff back in, it’d have to go back to the smelter." 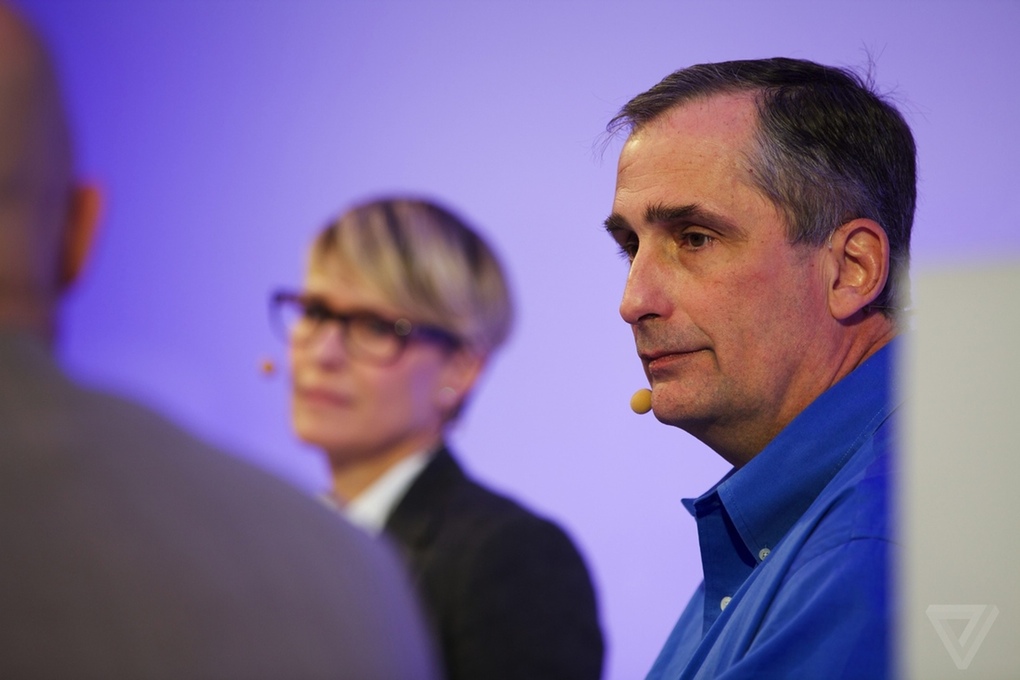 Marcia Narine, an assistant professor of law at Saint Thomas University in Miami, commends Intel and other companies that have taken steps to combat the conflict mineral trade, but she worries that smaller businesses may not have the resources to do what Intel did. Instead, they may choose to leave the region altogether, threatening the livelihoods of poor Congolese villagers and artisanal miners.

"I’m not worried about the Intels or the Apples," says Narine, who also serves on the board of the Footprints Foundation, a nonprofit organization that provides relief to women who have suffered from the rape and sexual violence that have become widespread in the DRC. "I’m worried about the small companies who may go elsewhere because they don't have the bandwidth."

"I'm not worried about the Intels or the Apples."

Narine co-authored an amicus brief in support of the Chamber of Commerce and its allies, though she says she's not concerned with the cost of adhering to the SEC's regulations. She simply thinks that the rules will do little to actually stem the violence in the DRC, where various rebel groups remain entrenched in bloody territorial battles. She and others question the SEC's role, as well, arguing that conflict minerals should be under the purview of a consumer- or policy-focused agency rather than a financial one. Even the SEC's chairwoman, Mary Jo White, has expressed skepticism about how her agency fits into the debate.

"Seeking to improve safety in mines for workers or to end horrible human rights atrocities in the Democratic Republic of the Congo are compelling objectives, which, as a citizen, I wholeheartedly share," White said at a speech in New York last year. "But, as the chair of the SEC, I must question, as a policy matter, using the federal securities laws and the SEC’s powers of mandatory disclosure to accomplish these goals."

Perhaps the biggest question, though, is whether conflict-free products will carry any resonance with consumers. Wright has been among the most outspoken conflict minerals activists, and has worked to promote the conflict-free agenda, though she acknowledges the difficulty in raising awareness among consumers."

"I think people forget," she tells The Verge. "It's so horrific when you hear about it, [but] it's so far away ... And then you think, ‘It’s not my family, it's not directly related to me.' But actually it is, and that’s the message I want to spread."

It remains unclear whether Wright’s and Intel’s efforts will have ripple effects across other companies or sectors, or whether industries will choose to move their industries away from the DRC. But human rights groups are pleased to see conflict minerals finally getting wider attention, and they’re confident that both public and private sectors will cooperate on stamping them out.

"This is the law in the US," says Michael Bochenek, director of law and policy at Amnesty International, which has been a strong supporter of the SEC regulations. "Companies that are listed in the SEC have to follow the rules, and that’s kind of the end of the story — despite what industry groups are trying to now do to overturn that process."