Samsung wants to take the Galaxy S5 'back to basics,' may include iris scanner

Samsung wants to take the Galaxy S5 'back to basics,' may include iris scanner

Samsung has outlined its plans for various new devices in a wide-ranging interview with Bloomberg News. The Galaxy S5 smartphone will reportedly be released by April, and Samsung is said to be considering iris-scanning technology for security in a possible response to Apple’s Touch ID fingerprint sensor in the iPhone 5S.

Lee Young-hee, the company’s executive VP, says that a new version of the Galaxy Gear smartwatch will make its debut alongside the Galaxy S5, saying that it will feature "more advanced functions, and the bulky design will also be improved." Perhaps the most outlandish revelation is reserved for the Galaxy Note line — the fourth iteration is pegged for the second half of this year, and Samsung is said to be considering a "three-sided display" to allow for visibility from multiple angles.

Lee told Bloomberg News that the Galaxy S4 may not have resonated with consumers as much as its predecessor because the industrial design was so similar. "When we moved to S4 from S3, it's partly true that consumers couldn't really feel much difference between the two products from the physical perspective, so the market reaction wasn't as big," she said, before suggesting that the new phone's hardware may represent a significant revamp. "For the S5, we will go back to the basics. Mostly, it's about the display and the feel of the cover."

The Galaxy S5 may make major changes to Samsung's software, as well, if alleged images of a new UI prove accurate. The new Android skin features a pastel color scheme and thinner fonts; although the screenshots came from Evleaks, which has a good record of accuracy, Samsung is only said to be "exploring" the software revamp. 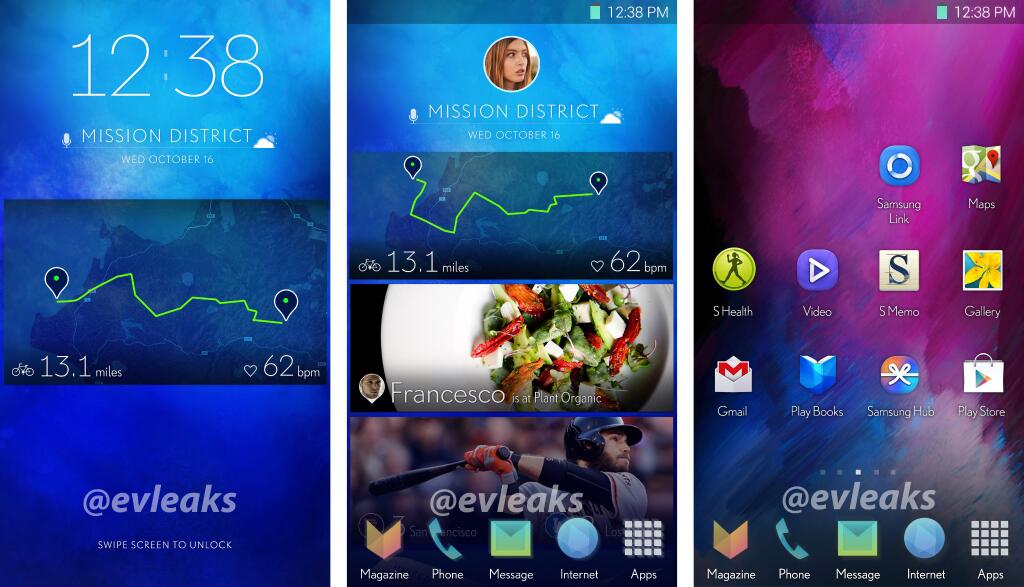