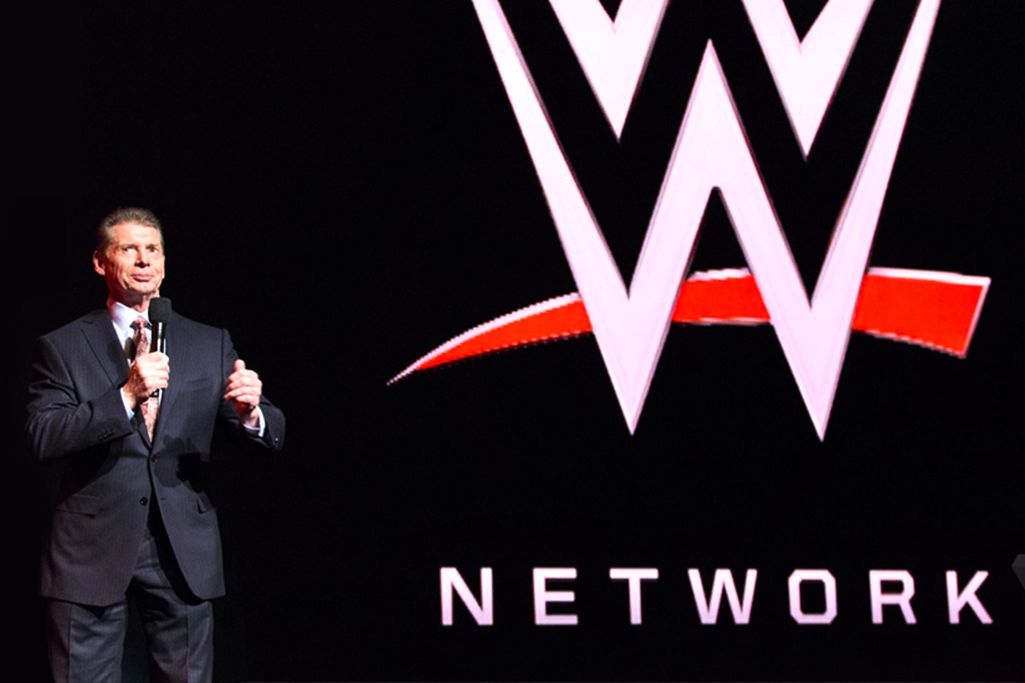 "I'm going to punch you in the face," Paul Wight says. Better known as the Big Show, the 7-foot-tall former World Wrestling Entertainment champion looms over the crowd. He's greeting guests outside the Encore Theater in Las Vegas, where WWE is about to announce a 24/7 digital video network that could upend the cable industry. Fortunately for the man lined up to get his take a picture with him, the man formerly known as the Giant is only kidding. "I just got a memo," he says, before releasing a man who barely comes up to his waist from a hug. "I'm not allowed to simulate any chokeholds."

In an age when cable companies still have their customers in a chokehold that is all too real, the announcement of the WWE Network at CES last night stood out for its sheer customer-friendliness. Beginning Feb. 24th, wrestling fans will be able to access 12 monthly pay-per-view events, a lineup of original shows, and tons of historical programming from WWE's library — including every PPV in history. It will be available on Android, iOS, and Kindle Fire, as well as Roku, Xbox 360, and PlayStation 3 and 4 — and you can access it anywhere, for $9.99 a month with a six-month commitment.

In other words, next month wrestling fans will realize the dream of a la carte cable service, with monthly pay-per-views thrown in at no extra charge. (UFC Fight Pass offers similar live and archival footage for $9.99 a month, but does not include PPV.) Instead of subscribing to a cable or satellite service, fans can buy a subscription directly from WWE, with six months costing as much as a single purchase of Wrestlemania.

For WWE diehards and investors alike, the announcement has been well received. "I may seriously have to quit my job and live in my basement with a beer fridge and my iPad to fully deal with the situation," wrote Scott Keith, author of several popular books about wrestling, last night on his blog. Meanwhile, as news of the company's plans began leaking out over the past six months, WWE stock has risen more than 50 percent. 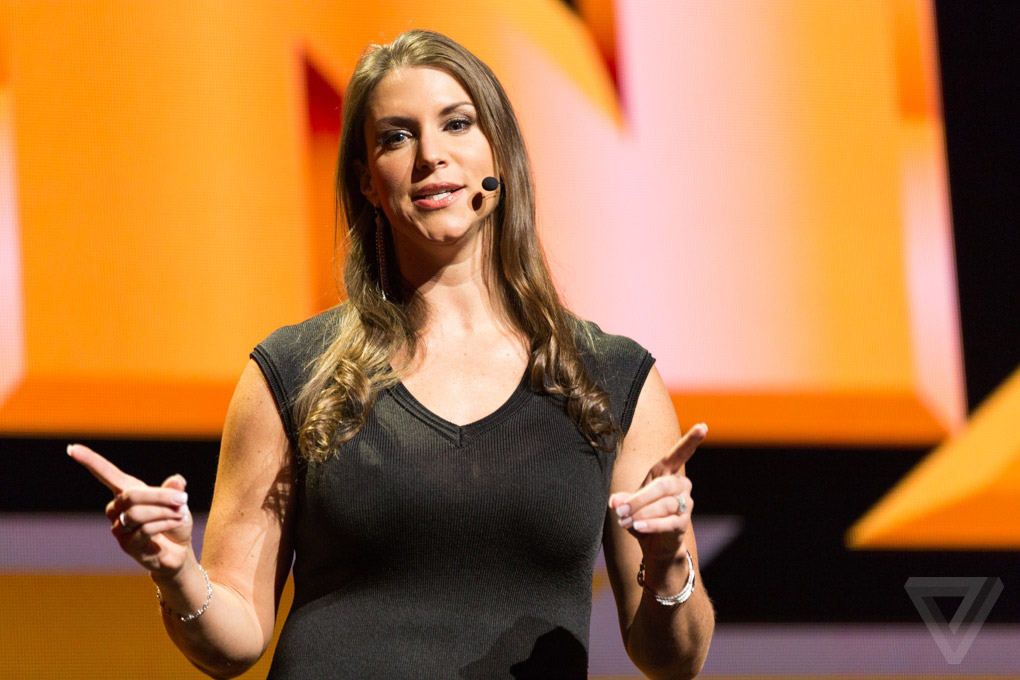 The reason is that pay-per-view, a category that the company helped to invent in 1985 with the first Wrestlemania, is a business that has long been on the decline. It still generates millions in revenue for WWE, but with the business waning, executives say the time is ripe to try something totally different. "Vince McMahon has always taken the big leap forward," says Perkins Miller, the company's exeutive vice president for digital media, in an interview with The Verge. "What we saw over the last couple of years is that our fans are adopting tech at an incredibly rapid rate."

Indeed, wrestling fans' appetite for video knows seemingly knows no bounds. WWE's YouTube channel has nearly 1 billion views. Michelle Wilson, the company's chief revenue and marketing officer, says wrestling fans watch five times as much digital video than non-fans, and are twice as likely to subscribe to services like Netflix and Hulu. The success of those services convinced WWE that an over-the-top network could be successful, Miller says. The company's approach also resembles The Blaze, the digital network created by former Fox News anchor Glenn Beck. A year after its launch, the network attracted 300,000 subscribers — and was picked up as a channel on the Dish Network.

In a corporate filing today, WWE says the network could some day reach as many as 3 million paying subscribers, generating $350 million in additional revenue and $150 million in new profits. (It reportedly needs at least 1 million to earn a profit.) 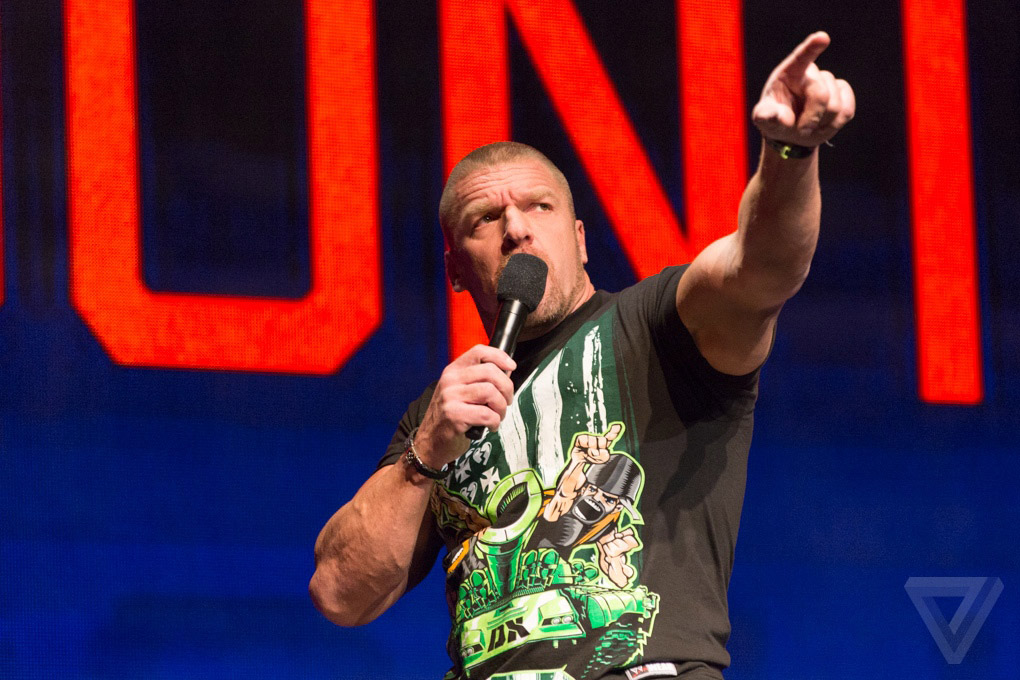 Because WWE never had a dedicated network, it was never part of the bundle. As a result, it could afford to take a risk — sacrificing millions in PPV revenue in the hopes that the subscriber base makes up for it over time. Its highly rated lineup of basic-cable programming, including flagship shows Monday Night Raw and Smackdown, will remain on basic cable. But WWE is pushing for significantly higher fees, according to Variety, seizing on advertisers' growing appreciation for live programming.

But the real news lies in the network. WWE, which helped invent the pay-per-view industry, is now slowly backing away from it. And others may be primed to follow its lead. "I think you're going to see a lot more brands, potentially, be able to make this decision," Miller says. Of course, that's only if it works — and it had better. Because at $9.99 a month, WWE likely will never get most of its fans to pay $45 for a three-hour show ever again.