The internet's good for many things, but it's never been a great source for medical advice. It looks like Google's testing out a new program that could change that. The new service, currently being tested with a limited number of users, connects people searching for health conditions with doctors over video chat.

The feature was first revealed by a Reddit user who posted a screenshot of the service online, and Google representatives later confirmed its authenticity to Engadget. In a statement released to Gizmodo, the company explained that "When you're searching for basic health information — from conditions like insomnia or food poisoning — our goal is provide you with the most helpful information available. We're trying this new feature to see if it's useful to people." 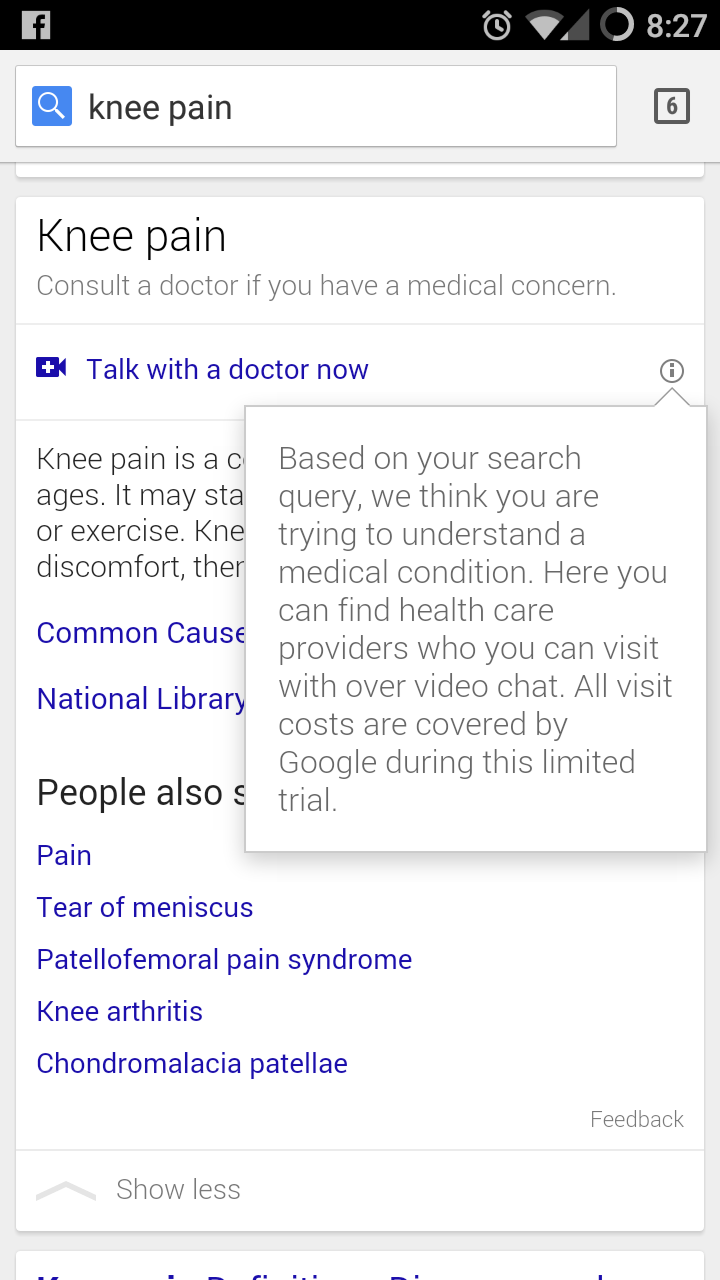 According to reports, the service ties into Helpouts, a marketplace where "experts" can charge to give lessons and advice over video chat. It's unclear what the future of the program is, but the wording presented in the screenshot posted to Reddit suggests that it will cost money if it progresses past the testing phase. Depending on the ease of use and the cost of the service, it could be nice option to have online. Google did not immediately return request for comment.