Last night on 'Doctor Who,' a mummy in space and weird Queen cover songs

Last night on 'Doctor Who,' a mummy in space and weird Queen cover songs

By Kwame Opam and Ross Miller

For this season of Doctor Who, Ross Miller and Kwame Opam will be sounding off on each episode in a series of emails we'll be publishing on the site. This week it's "Kill the Moon" (warning: spoilers ahead). Check out our previous recaps: "Deep Breath," "Into the Dalek," "Robots of Sherwood," "Listen," "Time Heist," "The Caretaker," and "Kill the Moon."

Ross: Never slow down Queen's "Don't Stop Me Now" into a jazz tune. That's kind of the point of the song. Now, enjoy this:

Anyway, the nice thing about "Mummy on the Orient Express" is that it lays out the premise early so that we can almost immediatley understand the rules of this world and just enjoy the moment (unlike last week's "Kill the Moon" which waited until 20 minutes in to reveal what was actually happening in an otherwise inconsequential monster-of-the-week). The beauty of Doctor Who is that anything is possible; the inherent risk is letting the writers go wild without a raison d'être.

But the story here both worked well on its own and as a character exploration. First, the monster-of-the-week: a mummy (henceforth, "The Foretold") has been put on a spaceship that looks like the Orient Express by Evil Voice Gus. Ol' Bandages only shows itself to one person at a time. When you see it, you have 66 seconds before it kills you. There is no escaping it; there is no bargaining or begging that can save you. Thankfully, Gus also stacked the train with scientists so that it can figure out how to stop / control it — or die. Scheduling feats are easy when you're an Evil Voice. (Also, he had The Doctor's phone number? Was he the one who called the Doctor at the end of the Big Bang about the Orient Express in space? Why does everyone have that number?)

But why a mummy? Why 66 seconds? Why can only one person at a time see it? Why this train? And how come this has happened before numerous times with other well-respected scientists and yet no one saw this one coming? Jamie Mathieson, who wrote both this episode and the next one, Flatline (no apparent through-line between the two), does a great job of providing answers that flesh out the story and provide new information, as opposed to details that rewrite the rules for shits and giggles. Everyone saying important details out loud, versus arbitrarily staying mum for sake of drama.

In the end, Twelve takes an apparent risk and gets the Mummy's attention by stealing its intended target's, um, energy signature. 66 seconds to take all the clues so far and stop the it. Well, turns out the Mummy was a "soldier" in a forgotten war, and all someone had to say was "I surrender" (which seems very odd that no one has ever said that before, but whatever). Which prompts Gus to try and kill everyone on the train as a coverup. Well, thankfully the Doctor is able to...

Um... we don't know actually. In the end, the Doctor and Clara are on a beach. The Doctor is drawing something in the sand (did we ever see what? I don't recall) telling Clara about all the people he managed to teleport away by reverse engineering this-or-that and also the TARDIS was now free to use when it wasn't before. I really don't know if The Doctor really did save everyone or is just telling Clara bout a farm. Hell, for a second, I thought that beach scene was a hallucination and Clara herself was dead.

Okay, time to talk Clara, the on-again, off-again companion. The whiplash of Clara's emotions are downright exhausting. It almost seems as if we're missing an episode between now and last week's breakup, as Clara is all smiles and giggles with The Doctor. Turns out that's just a facade, as weeks have gone by and she's resolved this to be her last adventure with Grumpy.

... until, that is, the Doctor tells her that he really does want to save people. He really is willing to put himself in danger. One of Clara's biggest concerns with Twelve all season is that he is heartless. That's a very fair assessment, even if death has followed the Doctor all his life. With David Tennant, it was "I am sorry. I. Am. So. So. Sorry." Capaldi's demeanor is more along the lines of "Look, you're about to die. Cool? Cool. So with that out of the way..."

What was Clara saying about addiction? And how the Doctor replies, "You can't really tell if something's an addiction until you try to give it up?" And then Clara can't give it up and it's probably going to kill her at some point? And how it's a waste of Danny to couch him, literally couch him all episode? I miss Danny.

Kwame: I'm gonna go out on a limb here and say that I actually liked the slowed-down rendition of "Don't Stop Me Now." Mostly because I'm a cheesy bastard. So! You can watch that right here:

Anyway, I enjoyed this episode a lot, especially given how disappointing last week was. I actually think it draws out Clara's frustration with the Doctor from last episode nicely, along with Twelve coming back around to being likable despite some truly dark moments. It does get fuzzy at the end — like, who the hell is Gus in all this? — but it felt like a solid standalone adventure while also driving the overarching story along admirably. Though yeah, Danny is tragically underused.

I'm actually amazed at how unrelentingly dark things got. Seeing the mummy the first time, I thought oh well that's a silly creature. And then a lady dies. And then another person. And then another. When faced with the problem, Twelve dives in dispassionately. Completely dispassionately. We're fully into this new characterization so his distance in the face of death and terror isn't new, but the episode frames it so starkly. I imagine Nine flying into a rage over his impotence before finding a solution. Ten and Eleven would pause to consider the tragedy of lost life, however briefly. Twelve ain't got time for that. Which is unsettling, even if we're made to respect it. The distance and the arrogance are reprehensible, but his being able to save the day, especially by putting himself in the line of fire, successfully makes up for it. That's solid writing right there.

Oh, and shout out to Perkins for calling him out. That was a great little moment.

I feel like the last few episodes have boomeranged us back and forth between favorable and unfavorable visions of Twelve, and now we're settling into a middle ground. He wants to save people, sure, but is untroubled by people dying around him. Again, we get that General/Soldier metaphor here. The scientists on the ship are his soldiers giving him intel, but the threat was great enough that he needed to face it alone. Knowing that, I think he knows he needs Clara to push him into doing the greatest good, even if the bad stuff he does is for the greater good. Does that make sense?

With that said, I am a little disappointed in Clara for stepping back into their adventures so swiftly. I know this is television, but she was still justified. What do you think?

Ross: Can we at least agree this is the worst? Listen! Listen!

Full disclosure: I do like Katy Perry. I saw Part of Me. But this. Does. Not. Work.

Anyway... After submitted my first blathering account, I looked up Mathieson and, lo and behold, he's published a tiny post about his episode and a sampling of some monster variations. It's a brief writeup but it offers a glimpse into how the story might've unfolded, and how Mathieson ultimately settled for something simpler and more streamlined Which, yes, I am very happy with. (Also a small glimpse into Steven Moffat's contribution as showrunner for this episode: "[He] gave me the title: 'Mummy On The Orient Express' and the idea that this episode would be set in space.")

Gus itself is the AI. I made the assumption that it was the name of the Big Bad behind the whole mess but it seems to just refer to the sassy computer.

(OK, random jumping-around thought: the Doctor surrenders to the Foretold / mummy, and as a surrendered person, the Doctor can now relieve it of command? I don't think that's how wars work.)

If there is thread throughout this season, it's the notion of sacrifice. Of weighing the loss of one side vs. another. Of accepting that there isnt' a solution whereby everyone lives. I think Clara's ultimate folly will be not stopping right now, when she acknowledges that this is an addiction. I bet you $1 that Clara will sacrifice herself to save time and space or whatever.

Random ranking of this season so far that I'll probably change my mind about as soon as I hit send:

And now your Batman / Doctor Who analogy: He's the asshole our universe deserves, and probably the one it needs right now. So we'll continue to hate him. Because he can take it. Because he's not our hero. He's a loud-mouthed asshole. A watchful asshole. A Doctor.

(Should I use arsehole instead? Please advise.)

Next week: a blatant nod to the Flatlands. Hooray!

Kwame: (I'm fine with asshole, but might wanna switch because I can't be trusted after a 12-hour shift)

I took one look at that video, said nope, and close the tab. I like Katy Perry, too! "Roar" is great, and I'm not afraid to say it.

Your saying there is no solution that can save everyone throws me right back to "The Doctor Dances" where he shouts "Everybody lives!" (God bless you, Christopher Eccleston. I'm sorry I never got into The Leftovers.) I definitely agree that this show is very much about sacrifice and the need to make hard decisions. But it's also about goodness, even if it's hard to define or grasp. So I submit that, yes, Clara is clearly addicted to their adventuring and it may lead to her downfall. But she's the source of the good in the Doctor, so he'll fight hard to keep her alive and probably at great cost. Even if she throws herself into the abyss and he for once doesn't have a plan, he's going in after her. That's something I'd love to see, to be honest. Him throwing off this whole Lord act entirely and inching just a bit closer to humanity.

All this being said, I'm not sure I buy Gus just being the AI, unless I misread the episode. Whole other trainloads of people have been killed off. Gus knows who the Doctor is. There's someone out there pulling the strings. 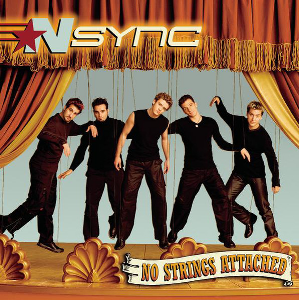 More from this stream Doctor Who: series 8