Microsoft is currently soliciting feedback for Windows 10 as part of a Technical Preview program to improve the features of the company’s next version of Windows. While testers are voting on a variety of changes that Paul Thurrott has documented well, Microsoft has also opened its own Windows feature suggestion page at the Uservoice feedback site. The software maker has previously used Uservoice for Windows Phone, and strong Uservoice support for the Cortana name actually swayed the company to keep the name following several leaks. So it’s clear the company looks at Uservoice closely. Here are the top 10 requests for Windows 10 features.

This suggestion is self explanatory. A tabbed interface for File Explorer would allow Windows 10 users to simply tab through different folders instead of having multiple folders open that clutter the desktop. A number of third-party solutions currently exist, and the suggestion includes the ability to view two tabbed folders side-by-side in a single Explorer window. 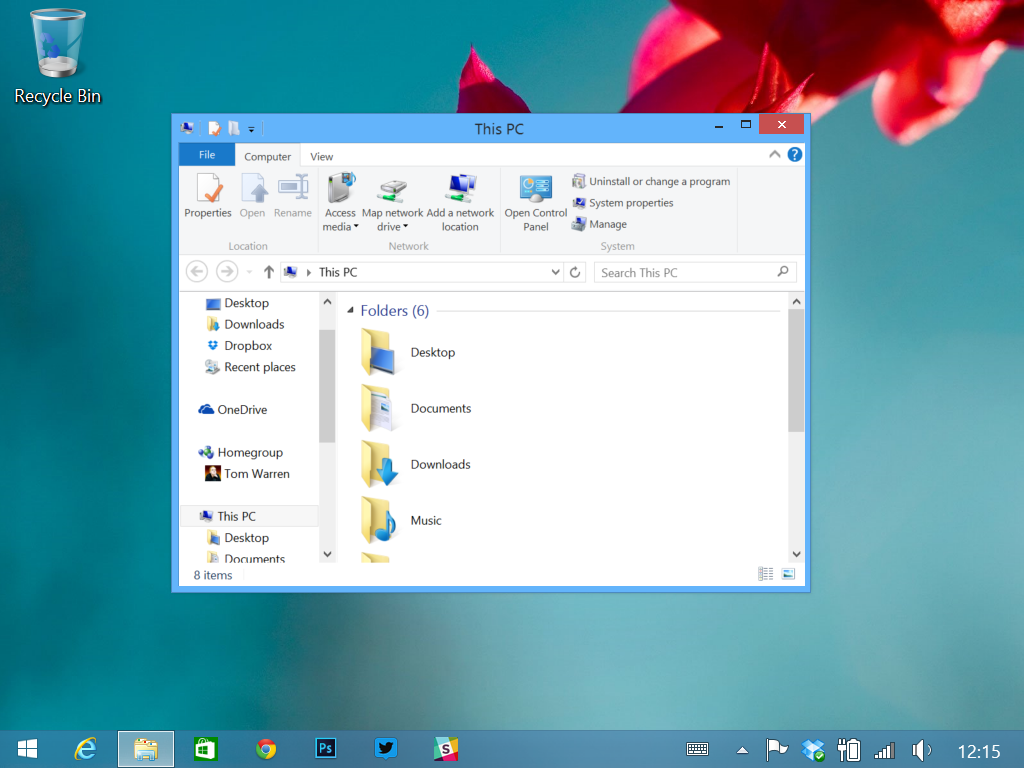 Make Windows Update the one stop for all drivers

Again, another simple request. Microsoft has added a variety of OEM drivers to its Windows Update service, but more often than not you still have to dig around the web to find the latest drivers. It shouldn’t be this way, especially for consumers. A lot of PC makers now have their own separate update tools, and the suggestion calls for Microsoft to own the process entirely to make Windows Update the one stop for all PC drivers. 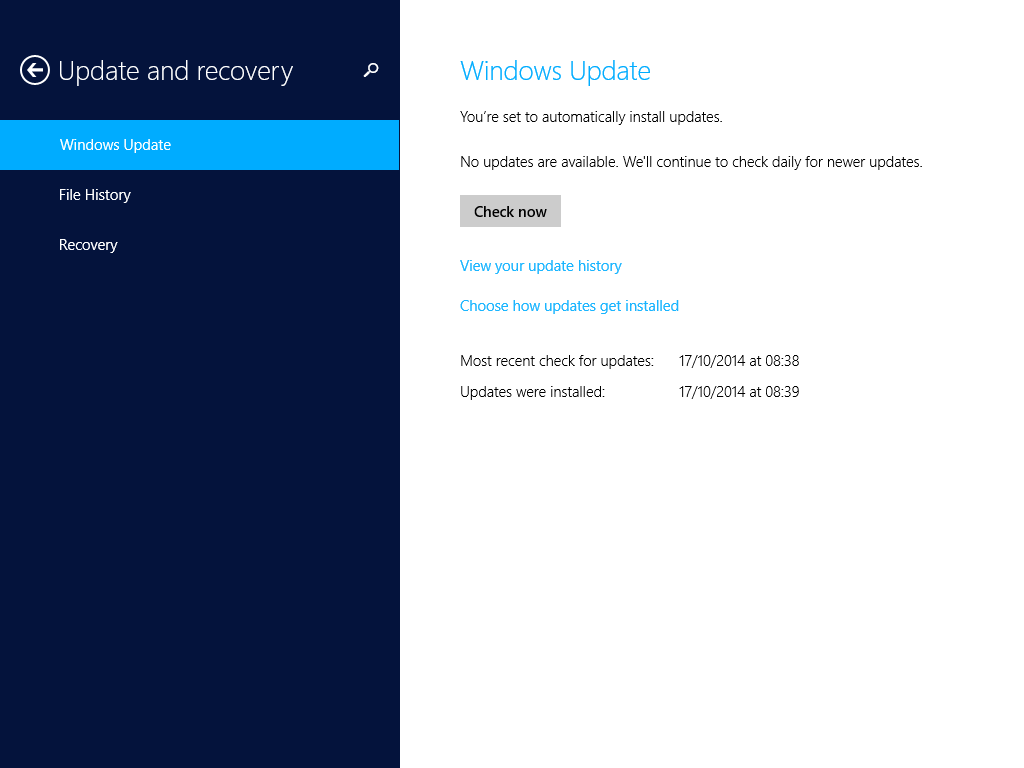 Add a Persian calendar to Windows

This might not seem like the most obvious addition for Microsoft, but it’s clearly one that some Windows users want. With 983 votes at Uservoice, it’s as simple as adding a Persian calendar to Windows 10. 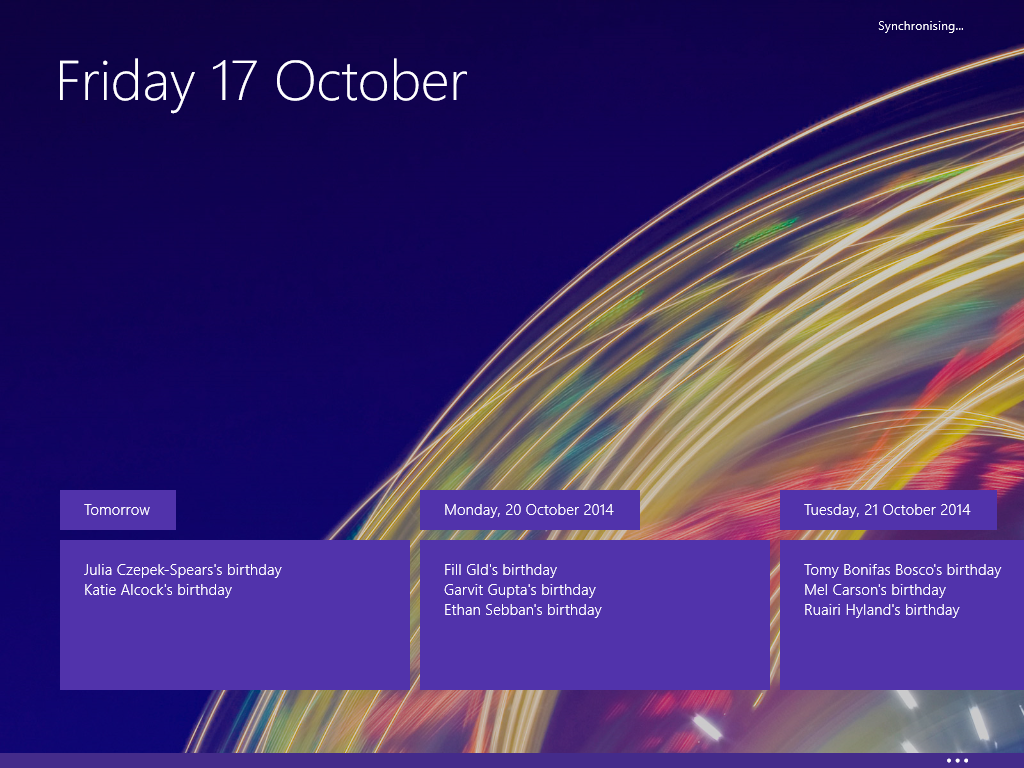 With Apple bringing some transparent effects to OS X Yosemite, some Windows users are calling for the return of Aero Glass. Microsoft first introduced this feature in Windows Vista, but Microsoft cut most of the window transparency in Windows 8 to focus on improved battery life. The feedback request notes that millions of PCs are desktops and are equipped with capable graphics cards and memory to handle Aero Glass. Microsoft has added some drop shadow effects to the Windows 10 Technical Preview, so there are signs the UI could change a lot before the operating system ships.

Redesign and replace all Windows icons

Windows users have been calling on Microsoft to redesign its ancient iconography for years. Although some recent versions of Windows have improved upon this, there are still a number of areas you can stumble across where you’ll see an icon from 20 years ago. Long Zheng, a user experience designer from Australia, created a Windows UI Taskforce ahead of the Windows 7 release to encourage Microsoft to fix its many user interface quirks. Unfortunately, many still exist in Windows 8 today. There are signs in the Windows 10 Technical Preview that Microsoft is overhauling its iconography, as the File Explorer icon has a flat look to it now.

The basic Notepad.exe application in Windows hasn’t really changed over the years. While Paint has been improved with a Ribbon and interface tweaks, Notepad is as simple as ever. While there is a Wordpad alternative built-in, some on Uservoice feel the default notepad application should be better. No support for Unix line endings, double click to select words is inconsistent, and undo doesn’t work well according to the feature request. Those are reasonable observations, and it’s probably about time Microsoft offered something as good as Notepad++ as the default in Windows 10.

Make Windows free for everyone

Anything free makes it into any good list, and some Windows users just don’t want to pay for the next version of Windows. "Simple as that," notes the feedback, but it’s far from it. Microsoft still generates a huge amount of revenue from Windows, and although the company has made Windows Phone and Windows free for tablets under 9 inches, it’s highly unlikely the company will extend that to everything else anytime soon. Microsoft may, however, make Windows 10 free for Windows 7 and Windows 8 users. That would be a wise move to avoid Windows 7 becoming the next Windows XP.

Let me pin anything to the Start Screen

The Start Screen in Windows 8 supports "Metro-style" apps and traditional desktop apps for pinning, alongside Internet Explorer bookmarks. If you want to pin a file you’re out of luck. This popular feature request asks for exactly that, just let people pin anything to the Start Screen to make it more useful.

Microsoft made some good progress with its audio management as part of Windows Vista, allowing you to individually control the volume of applications, but people want more. Some Windows users with headsets are calling for Microsoft to allow them to map a certain application to a specific audio output. The scenario could allow an app with essential notifications to output over the speakers, while music could play on the headphones. It’s a niche scenario, but there are environments, particularly in offices, where you might want an audio alert for your team members, but still want to keep your personal music tastes confined to your headset.

This seems like an obvious one, but even in the Windows 10 Technical Preview there are still separate areas for the new friendly PC settings and the traditional Control Panel. Microsoft has tried to dumb down its Control Panel with a simple UI over the years, rather than a list of options, but there’s still a number of settings that don’t exist in the new PC Settings app. "Why do I have to go the PC settings to forget a network and Control panel to change IP settings? Can't this all be done from a single place?" It’s a fair criticism, and one that Microsoft should look to address with Windows 10.

Microsoft’s Internet Explorer browser started to fall behind Firefox when it took what felt like forever to add tabs to the browsing interface. Ever since then it's been a slow process watching Internet Explorer catch up. Although Internet Explorer does support add-ons, they’re often basic or nonexistent compared to the offerings available on Firefox and Chrome. It’s an area where Internet Explorer falls short, but rumors suggest IE12 will overhaul its extensions support so there’s hope yet.