Early on in the first Borderlands, players get off of a bus and are greeted by a robot named Claptrap who serves as a part of the initial tutorial, easing you into the first-person shooter's unique sci-fi world. He wasn't much to look at, just a rusting metal box rolling around on one wheel. "I figured I’d challenge myself and come up with the simplest, most generic robot I could think of," explains concept designer Lorin Wood. But looks can be deceiving: over the course of the series, Claptrap has become perhaps Borderlands' most recognizable character. He's even playable for the very first time in Borderlands: The Pre-Sequel, which launched last week on the Xbox 360, PS3, and PC.

It's been a strange journey, but one that happened primarily because players took to his personality, which jumps between hilarious and downright obnoxious. Many people love him, while others straight-up despise the mouthy robot. "It’s good to hate things," says Borderlands franchise director Matt Armstrong, "so long as there are other things for you to love." 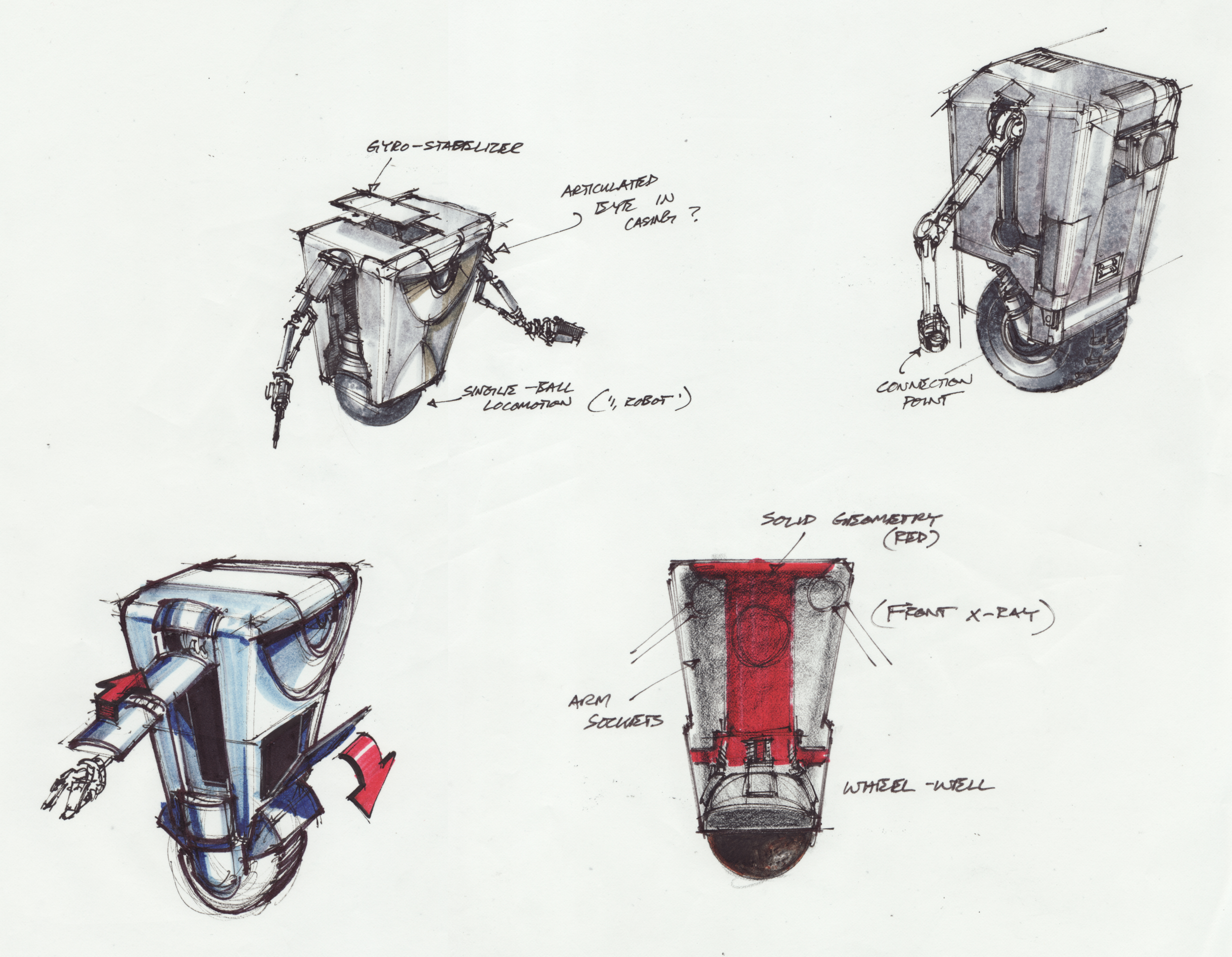 This was never supposed to happen. When Gearbox Software first started work on the original Borderlands, which launched in 2009, there was no intention of making Claptrap an important or even a recurring character. He was specially designed to look boring, a sort of less emotive take on Wall-E. "His proportions are completely non-threatening and the details that make him up are primary shapes," explains Wood. "He is the essence of simplicity." At this point in development, the game was much darker than the final product, which ultimately fused violence and mayhem with a cartoonish sense of humor. During that early phase of development, the team wanted Claptrap to provide some relief to the otherwise grim atmosphere. "The game was pretty dark at the time, so let’s make this character light and funny," Armstrong says.

"We made Claptrap downright desperate for your love."

Claptrap still didn't have much of a personality, though, and was still expected to serve primarily as a part of the tutorial: he would teach you how to play the game, and maybe make you laugh a little along the way. It wasn't until voice actor David Eddings started the first recording session that Claptrap really started to take shape. Working with writer Mikey Neumann and audio director Raison Varner, Eddings turned Claptrap from simple comic relief into a darkly hilarious character. The idea of a robot helper is fairly common in sci-fi, whether it's Luke and R2-D2 or the calm, surreal androids in the Alien series. But none are quite like Claptrap. "Most typical helper bots are kind of generically friendly and monotone," explains writer Anthony Burch. "We made Claptrap downright desperate for your love to try to make him stand out a bit."

Though he doesn't have a mouth, Claptrap is always talking. As you explore the alien world of Pandora, he might wonder aloud what it's like to have a belly button, or start beatboxing for an awkwardly long time. But there's also a note of sadness to the character. He's constantly being pummelled and blown up, and everyone else in the game seems to hate him. At one point he mentions that his favorite activities are dancing and crying. His high-pitched tone of voice is often at odds with what he's actually saying, and it can be hard not to feel bad for the little guy. "You’re meant to oscillate between pitying him and hating him just as much as everyone else does," says Burch. 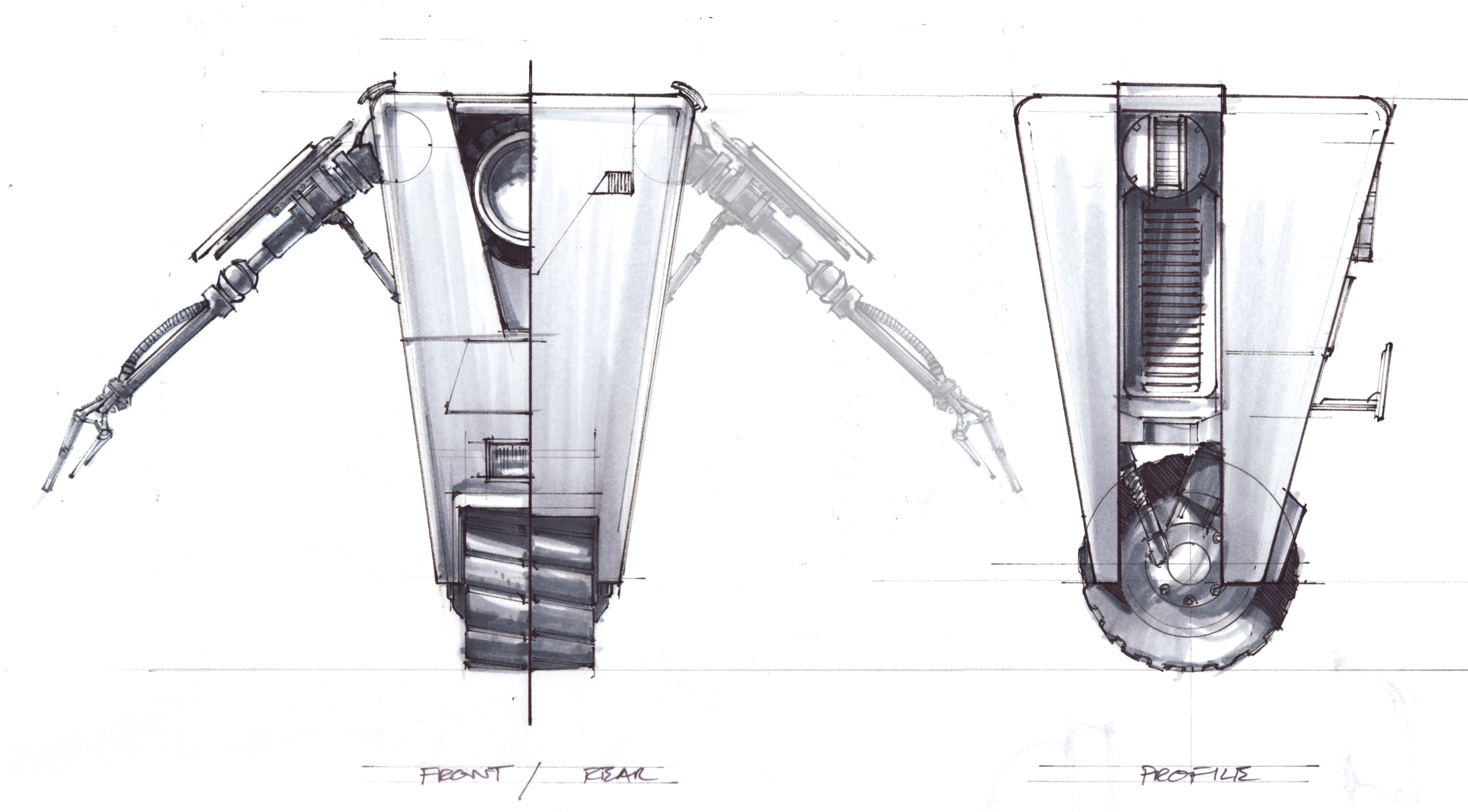 And, according to Gearbox, many really do hate him. Claptrap's cloying personality has made him both a fan favorite and one of the series' most despised characters. The studio says that's about a 50 / 50 split. What originally was intended to be a throwaway character that teaches you the basics of the game, has since grown into a personality that you can't ignore, whether you love it or hate it. "I’m happy he’s divisive," says Burch, "rather than just plain boring."

That powerful love-hate relationship with fans is what led Claptrap to become a playable character in The Pre-Sequel, a game that sits between the first game and its sequel. It follows the rise of Handsome Jack, the villain from Borderlands 2, and lets you play as one of four different characters. From the outset the team at Gearbox knew that Claptrap would be one of them. While it makes a lot of sense in retrospect, Claptrap likely wouldn't have worked as a playable character in the earlier Borderlands games. Where the robot is bursting with personality, the writers at Gearbox typically move in a different direction with playable characters, having them say less so that players can relate to them better.

"We were worried that players might be turned off if their avatar said something they disagreed with," says Burch. However, as the series has grown, its dark humor has become one of its defining features, changing that line of thinking. "Our fans have repeatedly demanded far more characterization from their playable characters," Burch explains. Claptrap turned out to be a perfect fit for this new direction.

It may not have been the original plan, but Claptrap has evolved into arguably Borderlands' most iconic character, one that embodies the series' two disparate halves: he's funny, but also violent and depressing. The process that turned a purposefully simple tutorial robot into a playable character is one that happened naturally, and we're now at the point where it's hard to imagine a Borderlands game without Claptrap's shrill voice.

"Claptrap is the Charlie Brown of our universe," says Burch, "if half of the Peanuts fanbase wanted to gag Charlie Brown with a machete."