Everything is a remix

Share All sharing options for: This is what happens to viral art after it gets filtered through the web 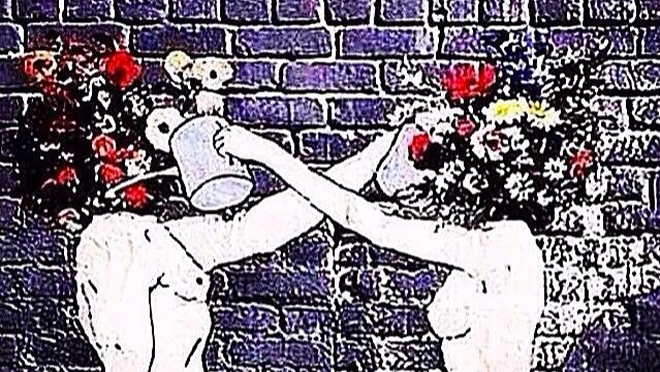 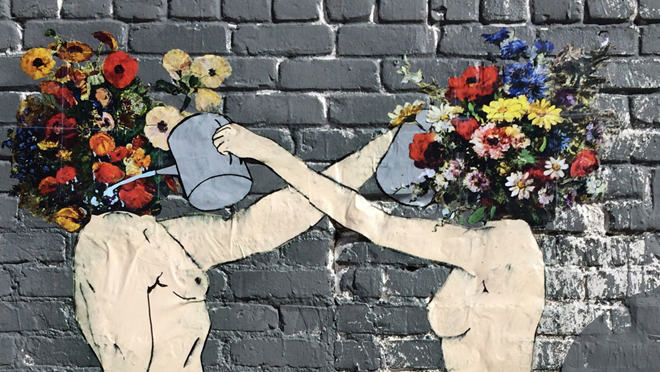 When an image or video goes viral on the internet, the original file oftentimes gets, well, abused as it gets passed along and reshared, resulting in the circulation of dozens of copies that suffer in quality. The result of this process — downloading files, uploading them, and repeating — is commonly referred to as compression artifcating. You may have have seen an example of this a few years ago when YouTuber canzona uploaded a video of himself, downloaded it, and reuploaded it 1,000 times (the final product is quite terrifying). This technique dates back to at least 1969, with an art project called "I Am Sitting in a Room" where a composer recorded himself in a room, played back the recording, and then recorded that, over and over.

Artist Mark Samsonovich recently experienced this phenomenon when an original photo of his piece "Water the Flowers" began circulating around the web. Samsonovich, based in NYC, posted the picture on his website and Instagram page a few months ago. In just the last few weeks, the image spread like wildfire — it was posted to 9gag, Tumblr, tweeted by accounts with hundreds of thousands of followers, and re-grammeded by a supermodel with 7.6 million followers — but the quality of the image continued to degrade each time it was shared.

That's the thing about posting something on the internet, though: once it enters cyberspace the internet can do (and usually does) whatever it wants with it — whether it's a resize, a crop, the addition of a filter, or a total alteration. Maybe there's something to be said about those "first" commenters after all.

As you can see in the GIF below (created by the Samsonovich himself), the original JPG has certainly transformed and mutated. But that's just a small price to pay for going viral, right?