As the Wii U flounders, it’s almost easy to forget that Nintendo has another console plugging away in a valiant effort to prop up the company’s bottom line. The 3DS has been out for over three and a half years now and has sold a respectable 44 million units to date, with a steady stream of great games along the way. But sales have slowed, and it won’t match the runaway success of its predecessor.

Many of the 154 million people that bought an original Nintendo DS were the same people that now consider smartphones more than enough for their mobile gaming needs. And so, with Sony’s PS Vita doing little to disprove the notion that dedicated portable games consoles are over as a growth market, Nintendo is revamping the 3DS in the way it knows best: by concentrating on its core audience.

The New Nintendo 3DS — out now in Japan, next month in Australia and New Zealand, and next year elsewhere — has a faster processor than its predecessor. It has customizable faceplates. It does a neat trick that makes the 3D effect much better. It even has a second analog stick (of sorts).

It won't be enough to make most people carry around a device that’s over three times as thick as an iPhone 6. And that’s okay.

The New 3DS comes in two new versions that more or less differ only in their physical size. That’s not to say that they’re otherwise identical — the New 3DS XL has a very similar design to the existing 3DS XL, but the regular New 3DS does a better job of justifying the name. Its screens are a little bigger than the original 3DS’, and the physical design has been given a neat revamp, moving all the ports and switches from the sides of the device to the bottom; the system feels much tidier and more symmetrical now. You can also customize your console by swapping out the front and back faceplates.

Let’s talk about those faceplates for a second, because they’re just about the only attempt Nintendo is making to capture a wider audience with this redesign. In Japan, there have been two TV commercials for the New 3DS so far. The first highlights each of the new gamer-friendly features, whereas the second is entirely devoted to showing off the faceplates, complete with an appearance and dedicated theme from ubiquitous Harajuku pop star Kyary Pamyu Pamyu.

There are dozens of options available in different materials and at different price points — I got a plastic Yoshi set for about $15, whereas a wood grain design is the most expensive at around $30. It’s an interesting move from Nintendo, a company that has often tried to boost interest in its systems by releasing new color variations. Other consoles from the Xbox 360 to the Game Boy Micro have featured swappable faceplates without finding much success, but at least in Japan, Nintendo is making a real effort to market them as a core feature of the New 3DS. My suspicion is that the revenue it gains from selling high-margin pieces of plastic will outstrip what it loses from the few obsessive fans that would buy multiple versions of the same console.

Most people should go for the smaller model this time around

I’ve been using and recommending the 3DS XL for over two years, but I think most people should go for the smaller model this time around. The faceplates are cool, the slightly bigger screens are a good compromise between sharpness and size, and it just feels better as a portable system. It also has face buttons colored like a SNES controller, which might well seal the deal for some.

But let’s be real here: very little about the New 3DS feels new, or even much like a gadget released in late 2014. It’s still made of chunky plastic, the screen is still lower resolution than a standard-definition TV, and the internals are still wildly out of date compared to smartphones from even a few years ago.

It’s just as well, then, that the 3DS’s biggest strength is that it isn’t a smartphone — and that the other changes Nintendo made are all major improvements to the main thing it’s designed to do. Which is play games.

Nintendo may have killed the 3D function for its budget 2DS, but on the New 3DS it’s better than ever. With the original 3DS and 3DS LL, you had to keep your eyes in a narrow sweet spot or things would get blurry fast. But the front-facing camera now tracks your face in tandem with an infrared sensor and adjusts the on-screen image accordingly, letting you see the 3.88-inch, 400 x 240-effective 3D screen from a much wider angle.

This works far better than I expected it to; it makes the 3D function effortless to use, rather than something that requires attention to maintain. It also means that games that use the gyroscope for motion control, like Star Fox 64 or The Legend of Zelda: Ocarina of Time, are actually playable in 3D now. The screens themselves aren’t noticeably better in quality — for Nintendo, high pixel density and vibrant color reproduction are just things that happened to other people — but this tweak makes the 3D display much more pleasant to look at in general. I’ve pretty much never turned the 3D slider down since I got the new 3DS, which is about as strong as an endorsement I can give.

The next big change is the addition of some extra buttons and a second analog stick. Nintendo calls the latter the “C-stick” in a throwback to the GameCube controller, which is set to experience a mini-revival of its own with a Wii U adapter designed for Super Smash Bros. But this isn’t really a stick at all — it’s much more like the red TrackPoint nub from a ThinkPad laptop. The C-stick and the extra shoulder buttons replicate the functionality of the bulky Circle Pad Pro accessory for prior 3DS models, which is to say that it doesn’t have much support right now beyond Capcom’s dominating Monster Hunter series.

I tested the latest of those, Monster Hunter 4G (above right), which was released on the same day as the New 3DS, and it’s clear that the C-stick was designed to add precise camera control to this kind of 3D action game; it works as well as you could hope for without adding any bulk to the system. For other genres, though, it’s not ideal — I can’t imagine it working well with games like first-person shooters that need constant dual-stick movement. The nub is too small and stiff for quick actions, so while you can just about use it to pull off Smash Attacks in Super Smash Bros., you’ll probably still wish you had a GameCube controller.

Nintendo also says the 0.3-megapixel cameras perform better in low light. This is true, but only by enough to make the New 3DS the second-worst low-light camera in my apartment. And the hardware itself doesn’t seem to have improved — the new cameras often blow out highlights in scenes with normal lighting, making it far from a clear improvement over prior models. Speaking of ambient lighting, Nintendo has finally added automatic brightness adjustment to the New 3DS, which works well enough if you’re not moving around too much.

Elsewhere, the browser has been improved with HTML5 compatibility, but if you want to remove Nintendo’s strict filter that blocks Twitter, Facebook, Slack, and pretty much any site that lets you communicate over the internet, you’ll have to pay ¥30 (30 cents-ish) with your credit card as an age verification formality. At which point you have to ask yourself why you want to browse the internet on a 3DS in the first place.

The hardware’s not impressive, but that’s not the point

Beside the browser, the software hasn’t changed much. A recent firmware update, which came to the original 3DS and 3DS XL too, lets you buy and download themes for the OS; most of the New 3DS’ swappable faceplates have their own software theme to match. Continuing the theme of exploiting new revenue themes for Nintendo, the New 3DS has an NFC reader which will work with the company’s Skylanders-style Amiibo figurines when they’re released later this year.

If you’re thinking that most of these features range from unimpressive to long overdue, you’d be right. In pure hardware terms, the New 3DS is a joke next to any mid-range smartphone these days. (So is the more powerful PS Vita, for what it’s worth.) But none of this is relevant to the point of the device — as it happens, the New 3DS is awesome at playing video games on the go.

Nintendo has built up an excellent library of deep, addictive, and even technically impressive games that, for the most part, just wouldn’t work on a phone. You’ll pay a lot more for the likes of The Legend of Zelda: A Link Between Worlds, Mario Kart 7, and Tomodachi Life than almost any smartphone game, and you might even buy them on physical media. And a certain type of customer wouldn’t have it any other way. Not everyone will appreciate the difference in experience you get from paying over $30 to play a Nintendo game on a dedicated portable gaming machine with real, physical buttons, but I think there are just about enough that do to help Nintendo’s handheld business keep on trucking for the near future.

The 3DS is worth owning for the same reason the Wii U is: its software library is spearheaded by Nintendo, one of the most consistent and talented developers in the world. There’s no doubt that smartphones have taken a big chunk out of the DS’ user base, but all that proves is that a whole lot of people bought a DS because it was first to what we would now call smartphone-style games. In 2014, many smartphone games are fantastic; very few of the fantastic ones are traditional video games. And if you like traditional video games, you should absolutely own a 3DS.

This is the best 3DS yet, and it’ll be worth the wait

That’s really all it comes down to. If you’re into the idea of an inexpensive portable machine that plays great versions of Mario Kart, Super Smash Bros., The Legend of Zelda, and a bunch of other excellent games, you probably own a 3DS already. If you don’t, you should wait for this new model to come out in your country. Even if you do, you might find the New 3DS to be worth the upgrade anyway.

I have no idea why Nintendo seems happy to forfeit a holiday season in its biggest markets by not releasing the New 3DS in the US and Europe until next year, but there we have it. This is the best 3DS yet, and it’ll be worth the wait.

Our review of Nintendo New 3DS 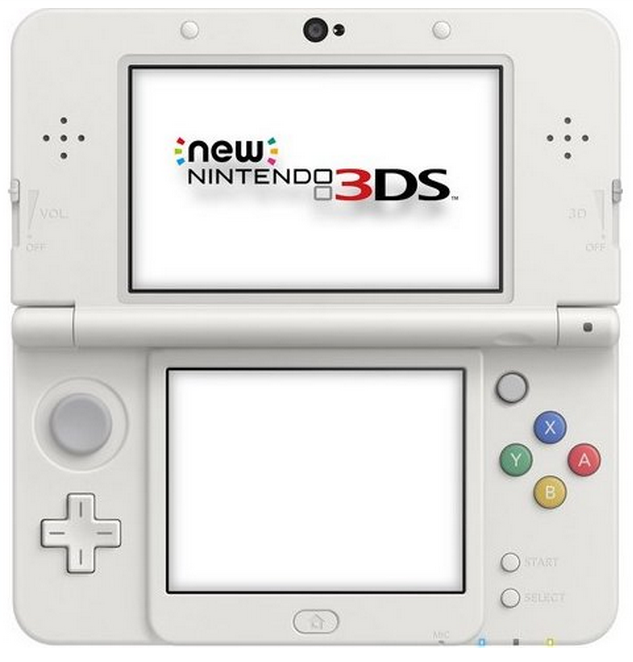