How much is Touch ID worth?

For the past few years, most of the technology world has ruled by a cold, hard truth: to get the best thing, you pretty much had to get the biggest thing. Every Android phone was bigger than the last, and the smaller ones were always disappointing. Apple, though, staunchly resisted this trend. The iPhone is smaller than competing phones — even the new iPhone 6 is smaller than your average Android flagship — but still very much top of the line. And last year, the iPad mini 2 (née iPad mini with retina display) was "every inch an iPad,” in Apple’s own words. And it was true: the iPad mini 2 was spec-for-spec identical to the larger Air. With Apple’s products, you could get the smaller thing without compromising.

This year? Not so much. The difference between the iPad Air 2 and the iPad mini 3 is stark. The Air is thinner and faster than last year’s model, and has a new kind of display technology that looks much better. But other than Touch ID, which uses your fingerprint to unlock the iPad, the iPad mini 3 is identical to its predecessor.

It's a disappointment, and not because Apple released an average tablet instead of the miniaturized super tablet I'd been hoping for. No, it's a disappointment because for the past year there was one "best" tablet, the iPad, and you could pick the smaller one if you wanted. This year bigger, it seems, is better again. 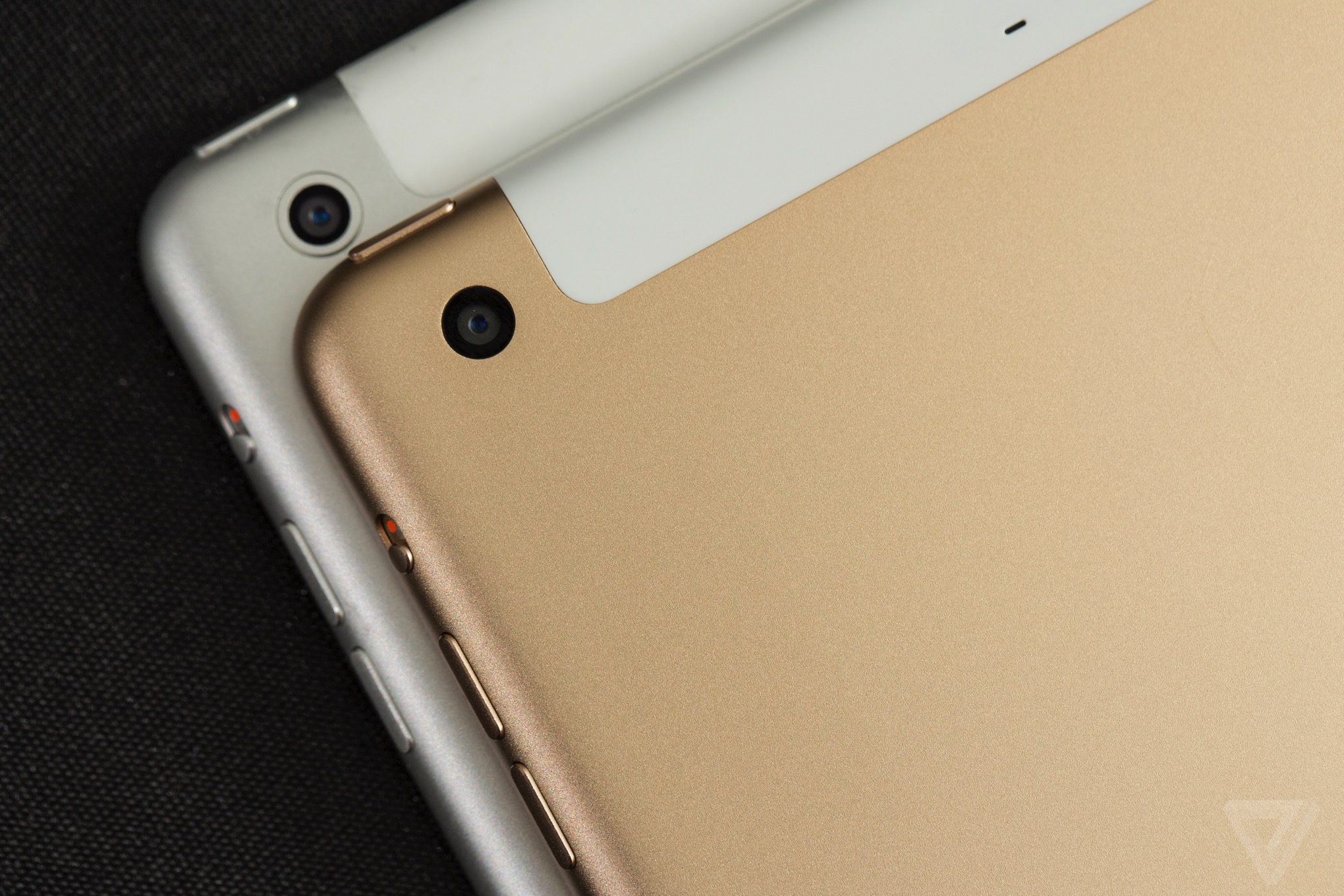 It's tempting to just point you to last year's review of the iPad mini 2 and call it a day. And in fact you should read it: everything we said a year ago still applies. But times change even though the iPad mini's hardware hasn't — and the times have actually been surprisingly kind to this device. 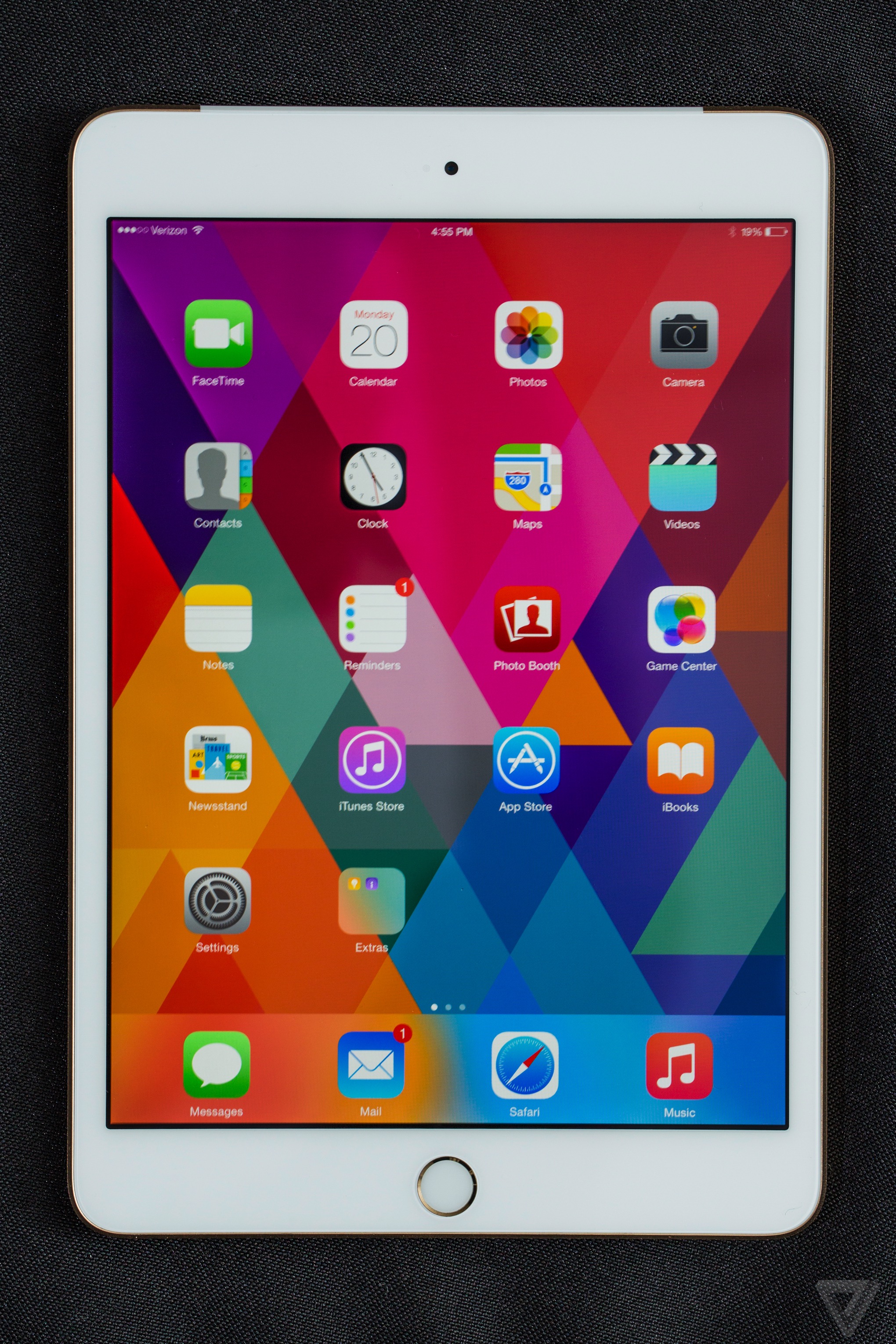 Apple has released a tablet with last year’s camera, last year’s screen, last year’s processor, last year’s everything. Yet it still feels competitive with the other small tablets on the market. Whether you praise Apple for making something so great a year ago or damn the entire industry for taking a flyer on this form factor is up to you. The correct answer is probably to just do both.

This year, bigger is better

The iPad mini 3 doesn't feel staid or old, if only because the competition in the small tablet game still hasn’t caught up. The metal and glass design works as well this time around as it has since the original iPad mini, evoking a sense of quality that's missing from the array of plastic and faux leather Android tablets it’s competing with.

Touch ID is the only new hardware feature (if you don't count the gold color option). If you've been using an iPhone with Touch ID, you'll no longer feel that moment of cognitive dissonance when resting your finger on the home button doesn't unlock the iPad. I feel like Apple deserves more credit than it's gotten for Touch ID — it's remarkable how fast and how consistently it works, especially compared to fingerprint readers on other phones and tablets. If Apple Pay manages to take off, you’ll also use it to quickly make purchases in apps — but you won’t be able to use it to pay at a physical store.

I can still nitpick about the hardware, but the nits I'm picking aren't new. Because of its 4:3 screen, I still find the iPad mini a touch wide for one-handed use. It can feel just a little too heavy during extended reading sessions. Positioning the stereo speakers right next to each other on one end of the tablet still feels like an odd choice — especially when you find yourself muffling them with your palm.

Really, most of the complaints I have are only in comparison to the iPad Air or to some ideal smaller tablet I wish Apple had made instead of just rehashing last year’s model. Last year’s A7 processor still handles most apps and video fine (though truly intensive games will drop frames). The Retina screen is plainly great, even if it isn't fully laminated and anti-glare like what you'll find on the Air 2. That iPad has easily the most immediate, you're-touching-the-icons screen an Apple device has ever had, and it's viewable outdoors. Those things matter just as much as pixel density, and the iPad mini 3 doesn’t quite measure up.

A beautiful screen, just don't compare it to the iPad Air 2

And even if the screen isn't quite as good as what you'll find on Samsung's Galaxy Tab S, what's on the screen is much better. iOS still has more and better apps than Android, over 675,000 of them to be exact. More than the quantity is the quality: the same app on an iPad is generally better, faster, and better-supported than its Android equivalent. It may not be the best iPad, but it's still an iPad. 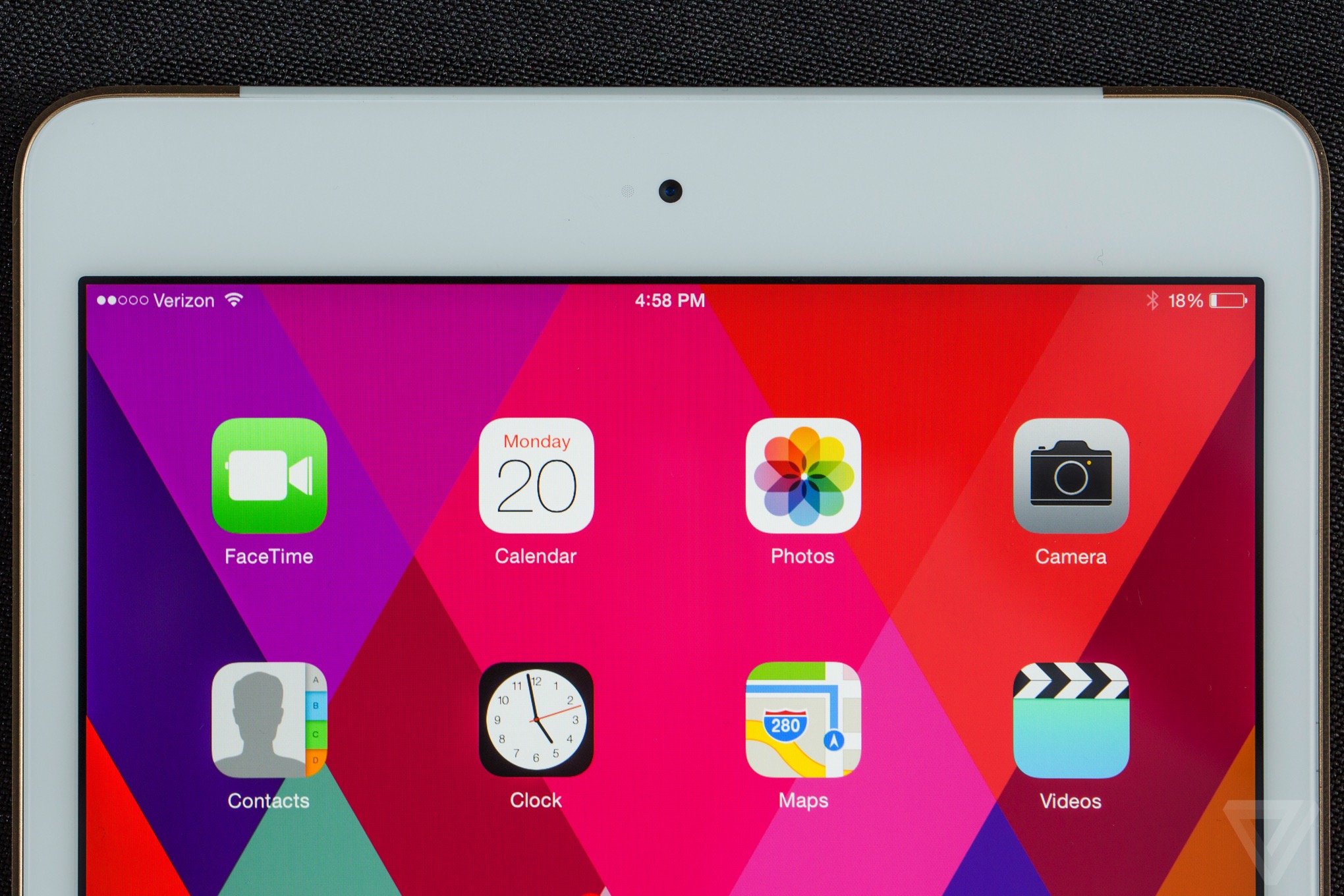 Or maybe it's not, which is to say maybe we need to think of the iPad mini as a different kind of tablet, one more akin to the iPod Touch than the iPad Air. Certainly the cheapest version (the original iPad mini without a retina display) fits into that category: a $250 knock-around device you're happy to hand (or hand-me-down) to your kid. Because it’s pocketable, the only thing that the iPod does better is music — and music isn’t really as central to our devices as it used to be.

But at $399, it's hard to justify that kind of use for the iPad mini 3. But it’s better than anything Android has to offer at this size — with apologies to the Nexus 9, which while impressive is a bit too big for people looking for a small tablet.

Would you really spend $100 just for Touch ID?

The iPad mini 3 is still great, even if it's not a great deal.The iPad mini 2, on the other hand, is both — it’s nearly exactly the same device minus a huge chunk of the price tag. Really, right now is a stupendously good time to buy an iPad mini 2. 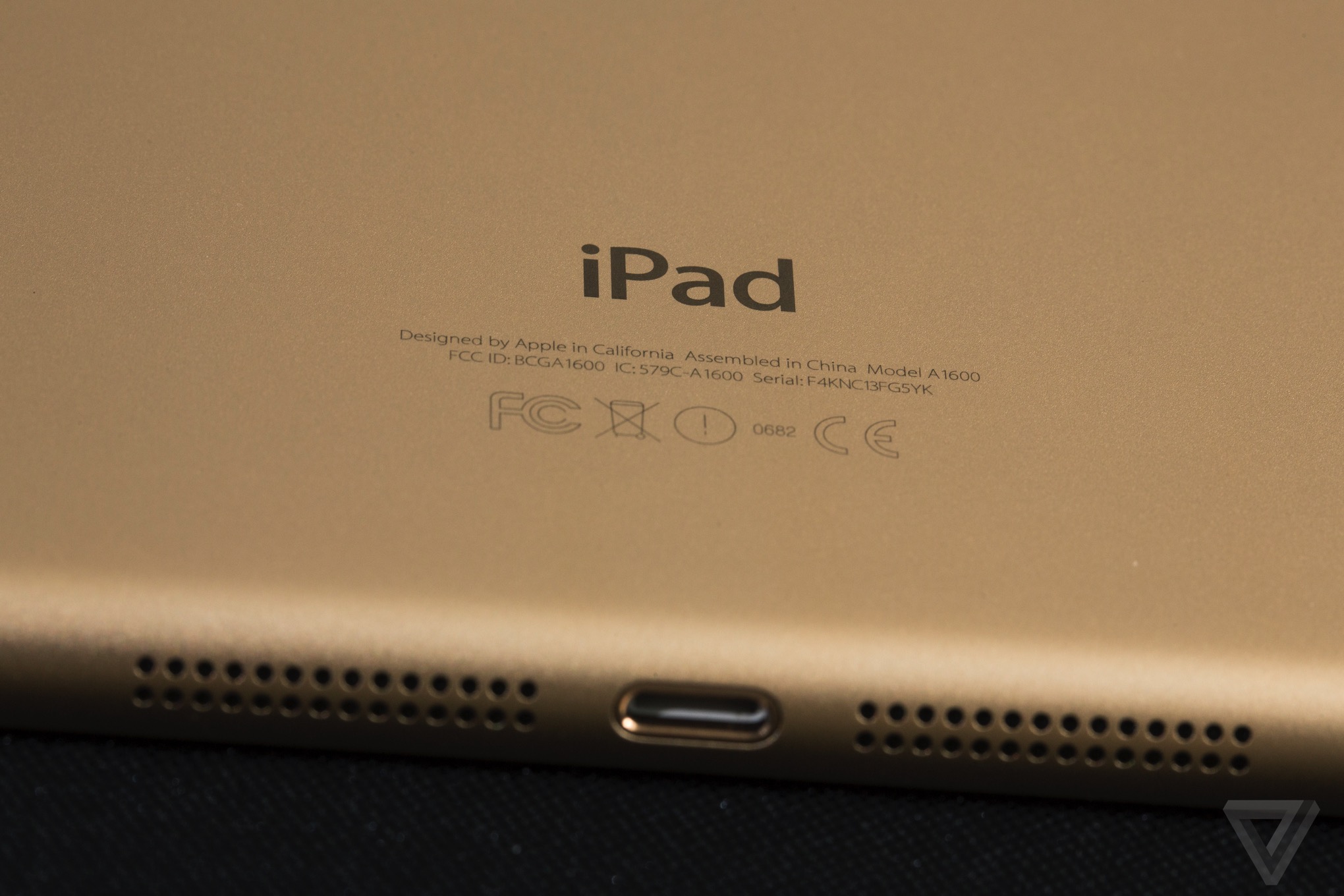 $399.00 at Apple Store
How we rate and review products
Most Popular
From our sponsor
Advertiser Content From