Is the 'Red Velvet' Oreo real?

Is the 'Red Velvet' Oreo real?

Editor's note: New evidence surrounding the Red Velvet Oreo has come to light. Please see the updates at the bottom of this article.

Earlier this week, a tweet sent the Twitter cookie community into an uproar. This tweet, posted on October 18th (since deleted), showed a picture of an alleged new limited edition flavor of Oreo, Red Velvet, complete with cream cheese flavored creme. That tweet was then followed up by another image of the same package of alleged Red Velvet Oreos on October 20th, supposedly cementing the reality of this new flavor.

But while Nabisco has released 35 different variations of Oreo flavors since 2012, fakes aren't uncommon. Both Butterbeer and Fried Chicken flavored Oreos have appeared in the past, and both have been proven to be fakes. The Red Velvet Oreo is also a fake, and here's why. 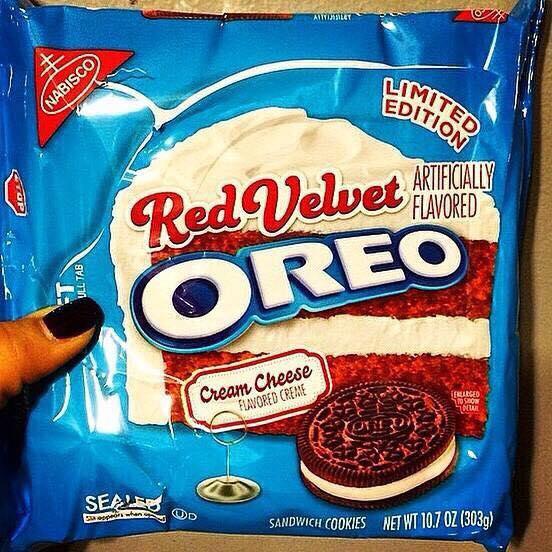 Eagled-eyed Oreo aficionados know that limited edition flavors of the cookie come in smaller packages than their more common siblings. The Watermelon, Reese's Peanut Butter Cup, Limeade, and many other variants come in 12.2-ounce packages, compared to the 14.3-ounce package that standard Oreo cookies come in. (Double Stuf Oreo cookies are available in 15.35-ounce packages.) But the image of the alleged Red Velvet Oreo shows a package size of 10.7 ounces, significantly smaller than the limited editions before it. Red flag number one.

Further, though there are many variations of the creme in limited edition Oreo cookies, the cookie part remains constant. All of the limited edition variants have either chocolate or golden (vanilla) cookies. The image of the Red Velvet Oreo purportedly shows a reddish color and has an allegedly different flavor than chocolate or vanilla. Red flag number two.

Finally, rumor-debunking site Snopes uncovered a Facebook post from an account that has posted numerous things tied to Red Velvet Oreo marketing materials. On October 20th, 2014, this account posted a message saying that the whole thing was for a school marketing project, leading further weight to the notion that the Red Velvet Oreo is not a real thing.

For its part, Nabisco would not comment on the alleged new flavor, only providing us with this non-committal statement:

"OREO limited-edition flavors are constantly a source of excitement and speculation. Over the last few years, we’ve seen a number of made up flavors ‘leak’ online, but we’ve also seen actual flavors leak too. When we have more information to share about any of our new limited-edition flavors, we’ll be sure to let you know."

Based on this evidence, we feel that it is safe to say that the Red Velvet Oreo is not a real product, at least not at the current time. But given the fervor surrounding the new flavor on social media this week, perhaps Nabisco should make it a real thing?

Update, October 22nd, 2014, 10:10PM ET: We have heard from numerous sources on this hot-button topic that say Nabisco plans to release the Red Velvet Oreo in February of next year (likely in time for Valentine's Day), and the smaller package size is for sampling purposes. It's still not conclusive evidence that they are real, but if you have your heart set on a Red Velvet Oreo, there may still be hope.

Update, October 22nd, 2014, 11:00PM ET: Another source has reached out and provided an as yet never before seen image of the Red Velvet Oreo that corroborates the earlier pictures from this week. This source says that the creme inside the Red Velvet Oreo is the standard creme, only with the "taste of that of Red Velvet icing." They also say the cookie is indeed slightly reddish in color, but doesn't taste any different than the standard chocolate cookie. 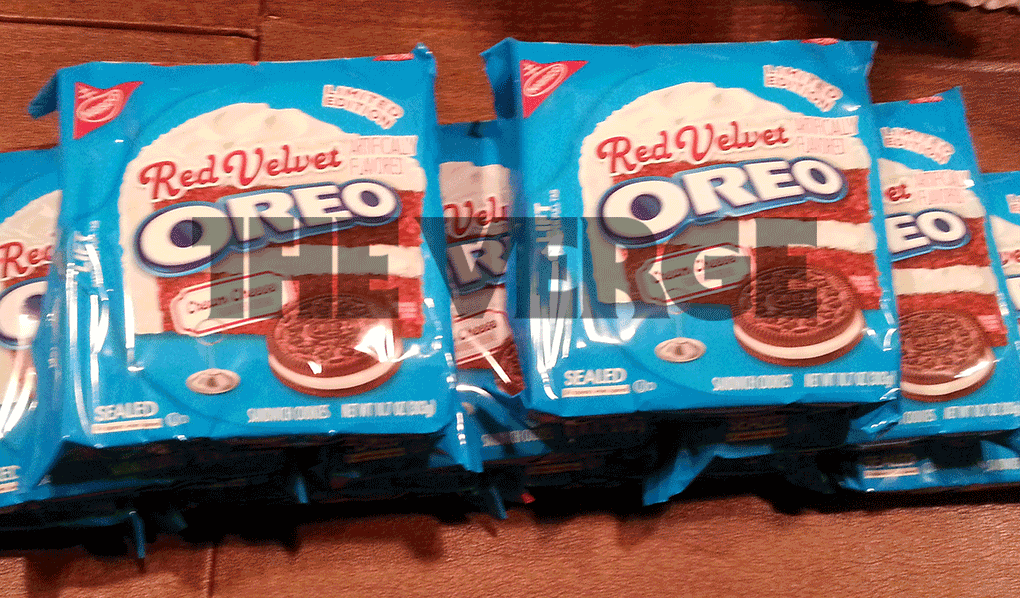