Not exactly the Z3 you're looking for

Sony has a rough time selling phones in the US. While it has managed to become one of the few Android makers to turn a profit on the backs of its global sales, Sony’s presence in the US has been crippled by delayed launches and carrier exclusives. If you’ve wanted to purchase a flagship Sony smartphone, such as the Z1 or Z2, you were forced to either be a T-Mobile customer, or pay full retail price for an unlocked device six months after it was readily available in other markets. (And if you wanted a Z1 Compact, your choices were even worse.)

With the new Xperia Z3, Sony is addressing this problem, or at least starting to. The Z3 proper, already available in global markets, will be hitting T-Mobile shortly, while Verizon is getting a special variant called the Z3v.

The $199.99 Xperia Z3v has the same display, same processor, and same camera as the Z3. But it’s notably different in a few important ways: it doesn’t have the Z3’s updated design or metal frame and looks more like the six-month-old Z2 than the current Z3. It also has some Verizon-specific requirements, like wireless charging and a ton of bloatware nobody ever asked for.

For Verizon customers, the Z3v is the first Sony smartphone they’ve had access to since 2011’s ill-fated Xperia Play, a hardware curiosity that proved to be neither a great smartphone, nor a great gaming device. The Z3v represents the best of Sony’s phone division, at least on the inside. And it’s what inside that counts, right?

After using the Xperia Z3v for the past week, I’m not so sure. 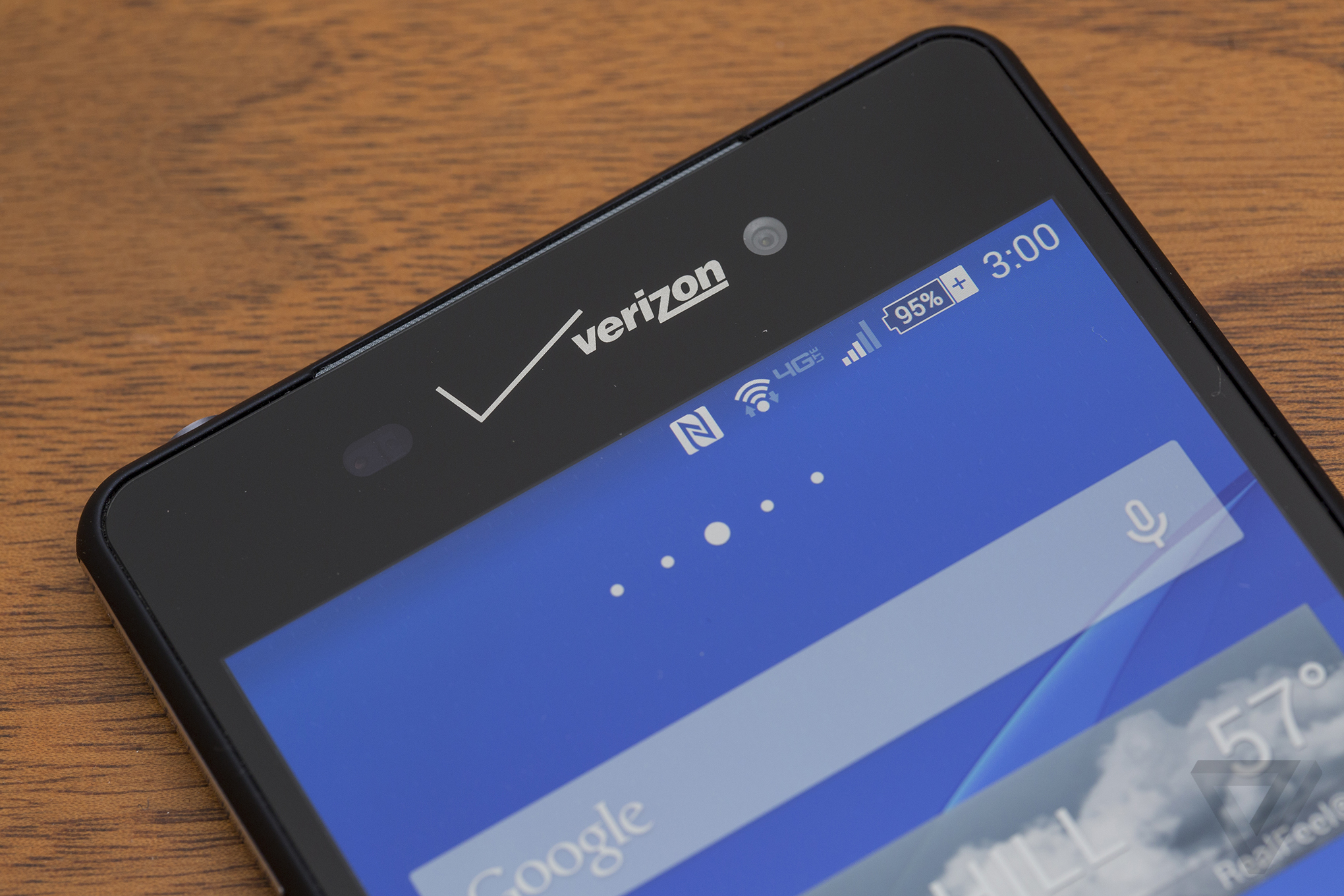 The Z3 represents a step forward for Sony smartphone design. It’s thinner, softer, and rounder than the Z1 and Z2 that preceded it, and it’s much nicer looking and more comfortable to hold as a result. My colleague Vlad Savov did an excellent job enumerating the improvements in his review of the Z3, I strongly suggest you check it out. 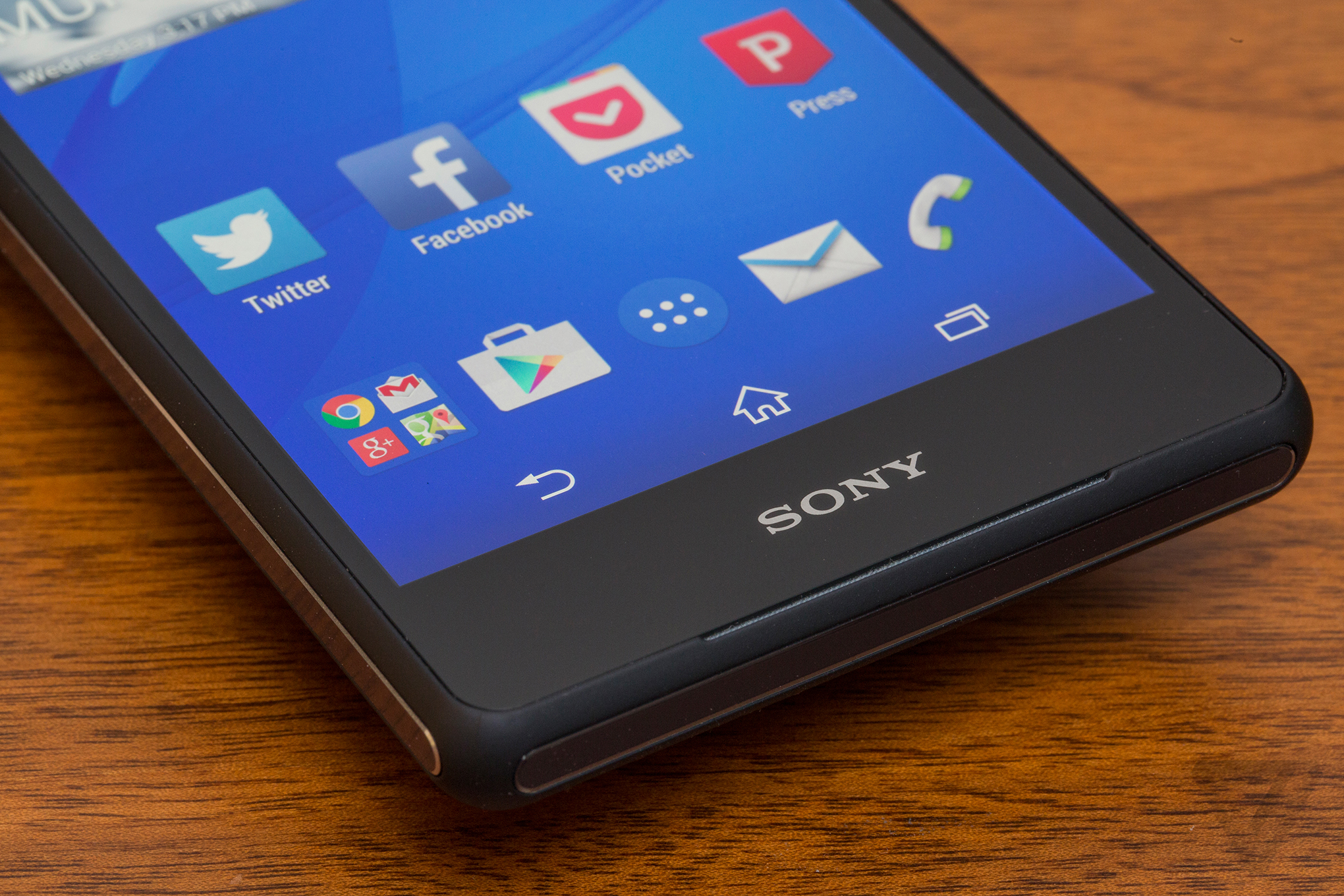 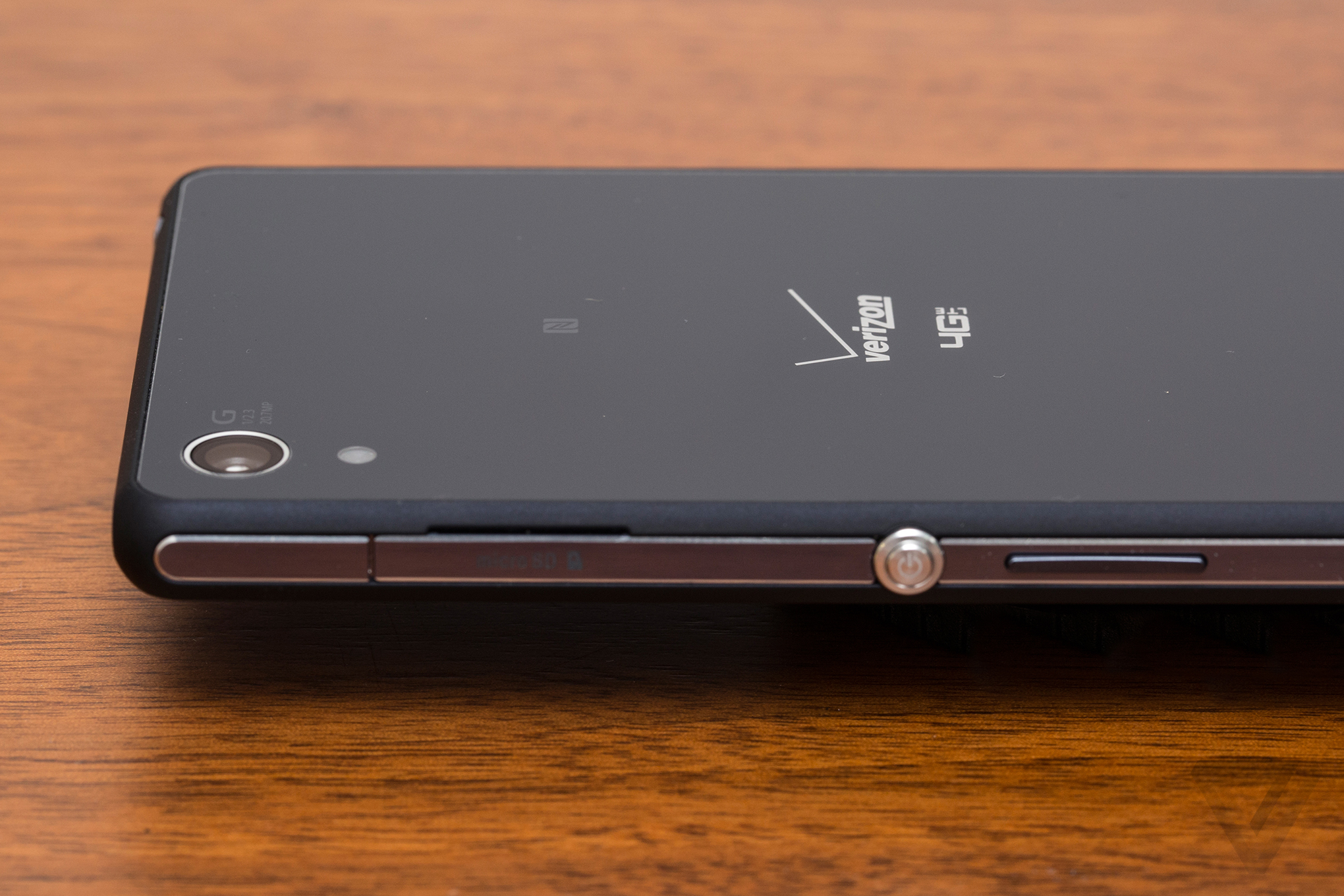 But the Z3v doesn’t have any of those design improvements. It’s essentially a Z2 with a slightly faster processor, and a new name. The Z2 wasn’t a very comfortable phone to hold, and the Z3v’s slightly larger dimensions only make it more unwieldy. The sides are plastic instead of metal, and the edges are square instead of rounded. While the Z3 looks like a thoroughly modern flagship smartphone for 2014, the Z3v looks like a recycled design from last year, which is exactly what it is.

It’s not clear why the Z3v doesn’t have the design flair of the Z3, but it does come with a couple Verizon-specific features. The first is integrated wireless charging, which is convenient, if not crucial. The other is a giant Verizon logo above the display, which is neither necessary nor wanted, but an obvious cost of Sony having to get in bed with a carrier. Otherwise, the Z3v retains the water resistant capabilities (and requisite annoying cover over its Micro USB port) as the Z3 and the Z2 before it.

The 5.2-inch, 1080p display is just as excellent on the Z3v as it is on the Z3, with good resolution, acceptable brightness, and good viewing angles. It works well outdoors and has accurate colors, even if it’s not the highest resolution screen you can get.

The Z3v looks like a recycled design from last year, which is exactly what it is

Aside from its dated appearance, the Z3v is a solid, if unassuming phone. The black review unit I have looks fairly generic, but Sony is offering a white model if you want something with more flair. There’s nothing really to complain about with the phone’s build quality — seams are tight and nothing flexes in awkward ways — but none of it engenders an emotional response or even the occasional "wow" from passersby that other smartphones might. 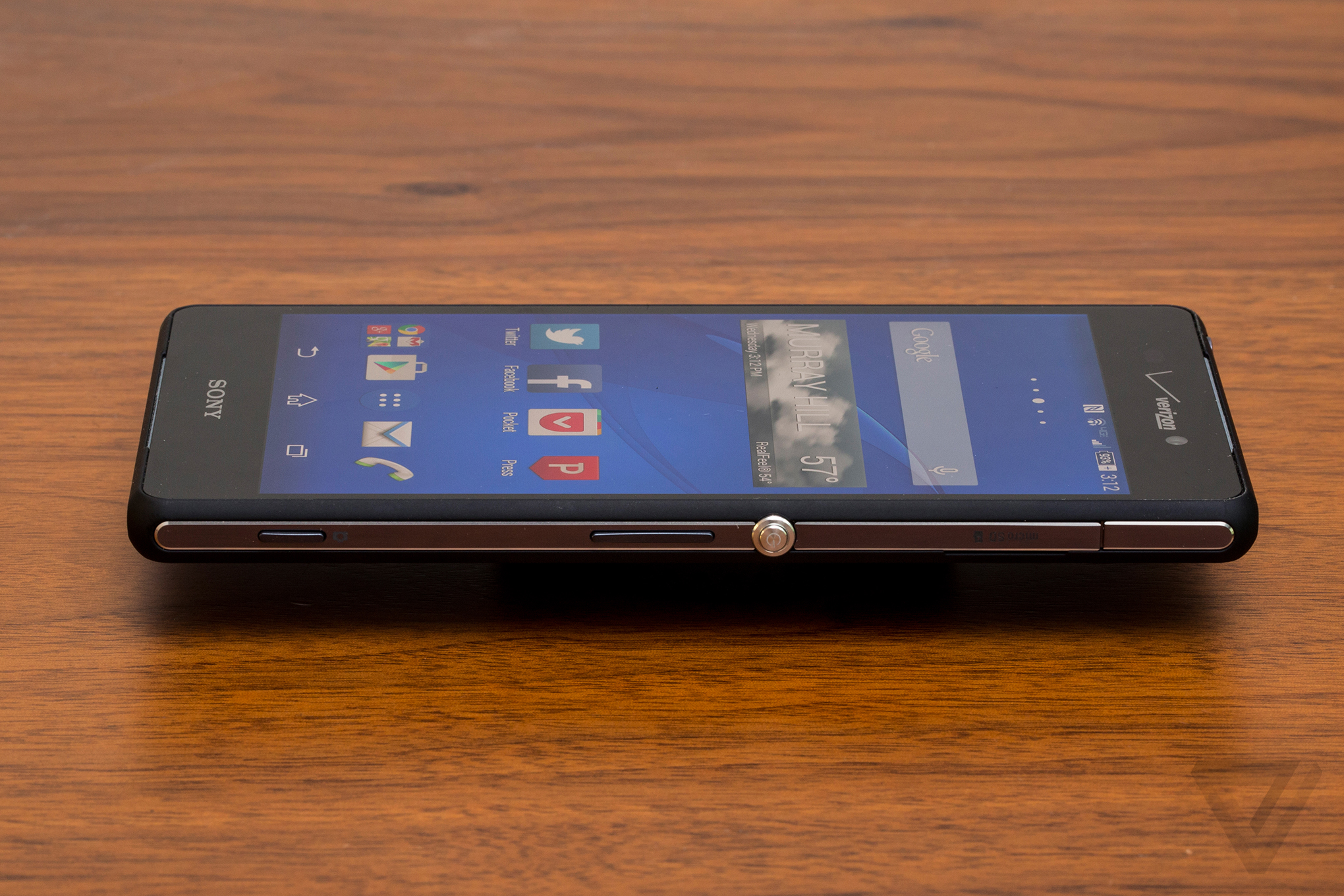 Under the skin, the Xperia Z3v has the same performance chops of its better looking cousin: a fast Qualcomm Snapdragon 801 processor, 3GB of RAM, and a generous 3200mAh battery. Performance is fast and fluid, on par with any other high-end Android phone you can get today, and the battery easily lasts multiple days (aided by Sony’s actually useful battery management features). 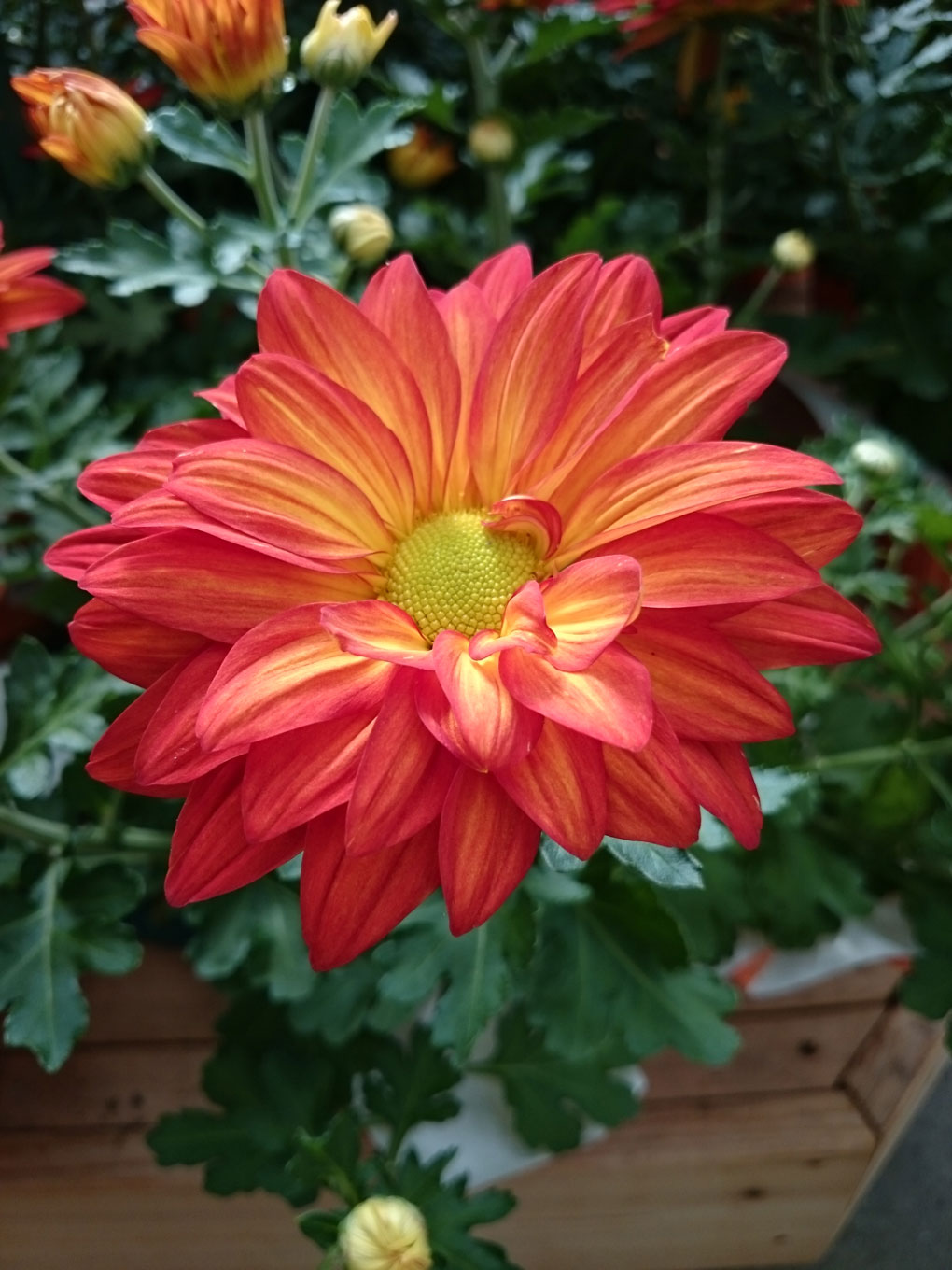 The Z3v’s camera is also impressive — it’s the same 20.7-megapixel unit found in the Z3 (but with the Z2's lens), and there is a wealth of shooting modes and features for photography. Pictures taken in good light look excellent, on par with the best in the smartphone photography world, but low light images can be a little disappointing. The Z3v’s camera also suffers from the same inconsistencies as the Z3’s, requiring multiple shots to make sure you have a usable one in the end. Still, it’s one of the best cameras you can get on an Android smartphone, and most people will be happy with its results.

The Z3v has the same Android 4.4 KitKat-based software as the Z3, with a logical and inoffensive interface. It’s far less garish than the interfaces you might find on a Samsung or LG, or even Sony’s older phones, and it’s easy enough to customize to your liking.

Unfortunately, Verizon has decided to load the the Z3v up with an offensive amount of preloaded apps and bloatware, which offer little no utility and only serve to confuse. Do I really need both the Amazon Kindle app and the Kobo e-book reader app on my phone out of the box? Worse, while some of the preloaded apps can be removed, many can’t. They can only be "disabled," which keeps them on the phone but hides them from view and prevents them from running. Fortunately, the 32GB of internal storage in the Z3v provides enough space that disabled apps shouldn’t present too much of an issue for most users.

The Z3v will get Sony’s PS4 Remote Play at some point in November, which will let you stream games from a PS4 to the handset, and Sony has a Dual Shock controller mount to facilitate better gameplay. That’s a feature no other smartphone outside of Sony’s lineup offers, and it could be a compelling thing if you are a big PS4 gamer. 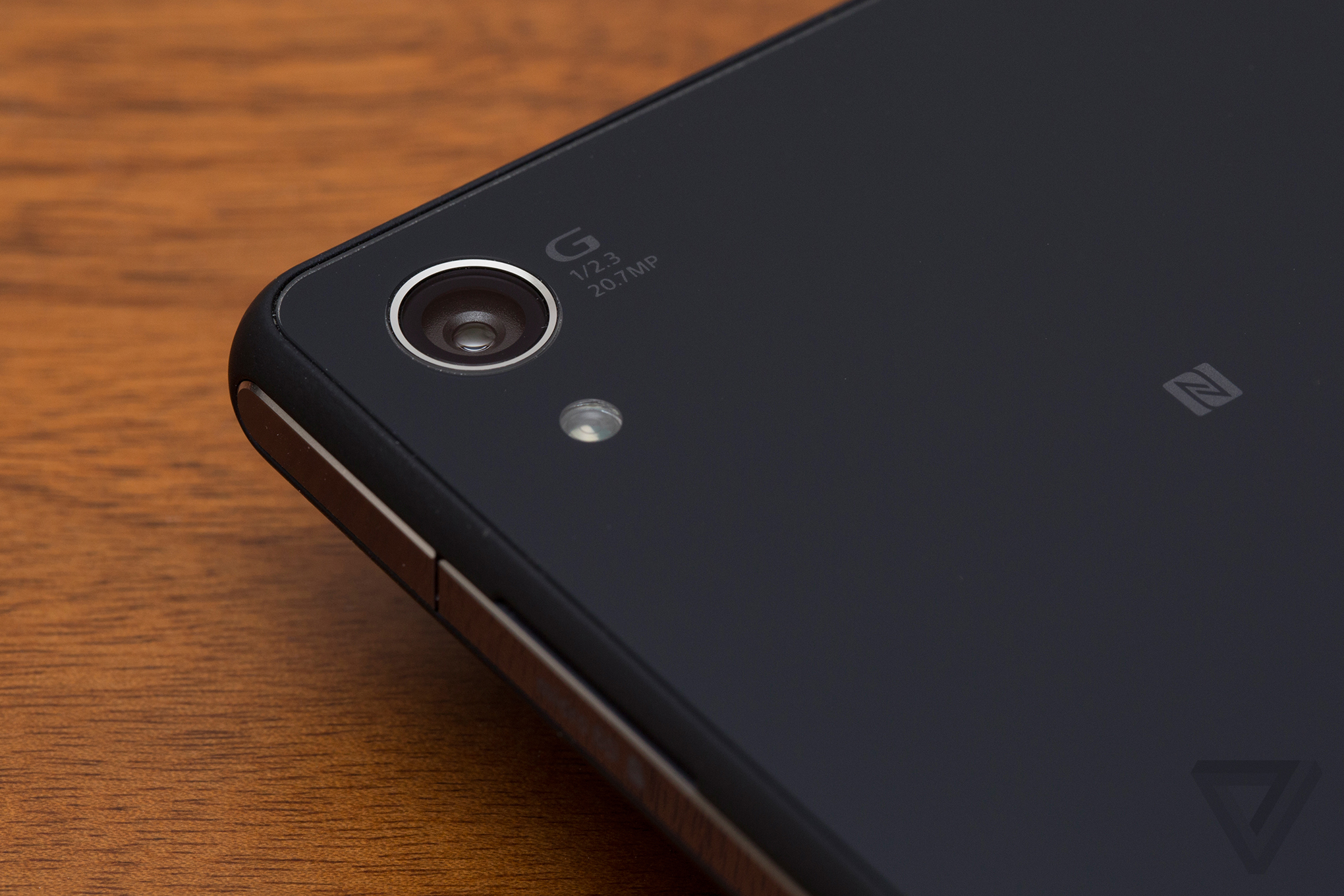 The thing that’s so frustrating about the Xperia Z3v is the fact that Sony itself makes something that’s better and Verizon customers won’t have access to it. That’s not to say the Z3v is a bad phone — it performs great, has a solid camera, and awesome battery life, making it one of the best Android options on the carrier.

But while the Z3v has all of the technical merits of the Z3 (and then some, if you count wireless charging), it lacks any of the Z3’s emotional appeal or lustworthiness. It’s thicker, chunkier, clumsier, and just plain uglier than Sony’s true flagship.

The Z3v lacks any of the emotional appeal of the Z3

The Android world is jam-packed with great phones that also have great, compelling designs — the new Moto X and HTC’s excellent One M8 both immediately come to mind as phones I want to look at and caress as much as I want to use. This isn’t the first time Verizon customers have had to deal with sub-par designs on otherwise good phones (the Nokia Lumia Icon and anything Droid-branded in the past couple of years are prime examples). But it’s still frustrating and downright confusing why Sony didn’t bring its best effort to the largest carrier in the US, where it has the most potential to turn around its fortunes here.

If you do buy the Z3v, you’re getting a solid, waterproof device that performs as well as any other Android phone available today. But you’re not getting Sony's best effort this year.