Twitch wants you to watch developers build their games

Twitch wants you to watch developers build their games

Right now, the overall category has 17 channels with a total of about 700 viewers, putting it somewhere above Ultra Street Fighter 4 and below Mario Kart 8 in popularity (the top games have closer to 100,000). Among other things, you can watch one person mod Minecraft and another design characters for the role-playing game Elysian Shadows while viewers give him feedback: 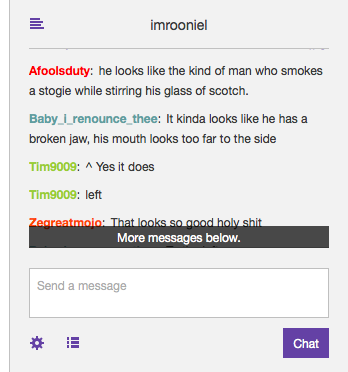 It's not as if there's any shortage of YouTube videos about designing games, and many developers offer alpha access to their game, or even live chats about its progress, to Kickstarter backers. But streaming adds a new layer of interactivity, at least to people who are comfortable enough in their creative process to open it up to the whims of a chat window. Polygon's tipster has even come up with a long list of reasons you might want to start your own stream, if you're considering building a game yourself.