At its simplest, Endgame: The Calling is a novel about 12 teenagers scattered around the globe, participating in a high-stakes competition with the threat of the apocalypse and near-certain death looming. But the Endgame universe sprawls much further than a single book.

Endgame will eventually combine three novels with a host of other material, including shorter novellas, movies, and alternate-reality games (some of which lead to massive cash prizes of real gold) put together by Google’s Niantic Labs. It’s an ambitious, sprawling, potentially messy, potentially engrossing project that could only take place now, in a world where billions of the Earth’s inhabitants carry extremely powerful computers in their pockets everywhere they go. 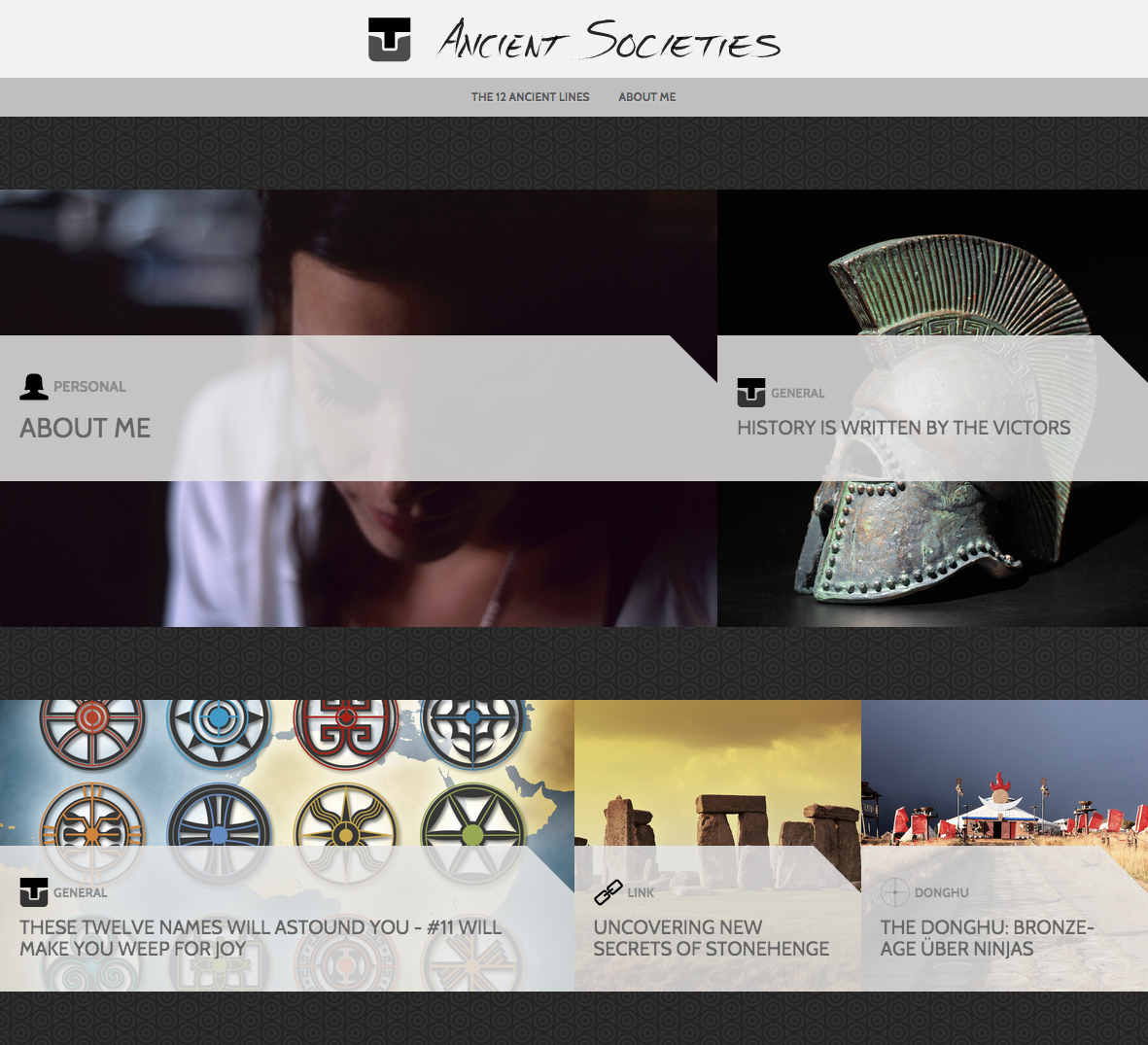 It all begins today. Endgame: The Calling (by James Frey and Nils Johnson-Shelton) is now available, and the alternate-reality game will kick off tonight at the Endgame launch party in New York City. That game is the result of an intense, ongoing collaboration between Frey and Niantic, a group that is already intimately familiar with alternate reality thanks to its mobile game Ingress.

"all of these things are connected together in a really fundamental way."

It’s not uncommon for movies or books to build universes around themselves with the internet, apps, or games — but in the case of Endgame, these seemingly secondary pieces are being positioned as parts of the story just as essential as Frey’s novel. "Lots of people have done things in this direction, but the connection between those [different mediums] is usually fairly thin," says Niantic’s Jim Stewartson. "In this case… all of these things are connected together in a really fundamental way." 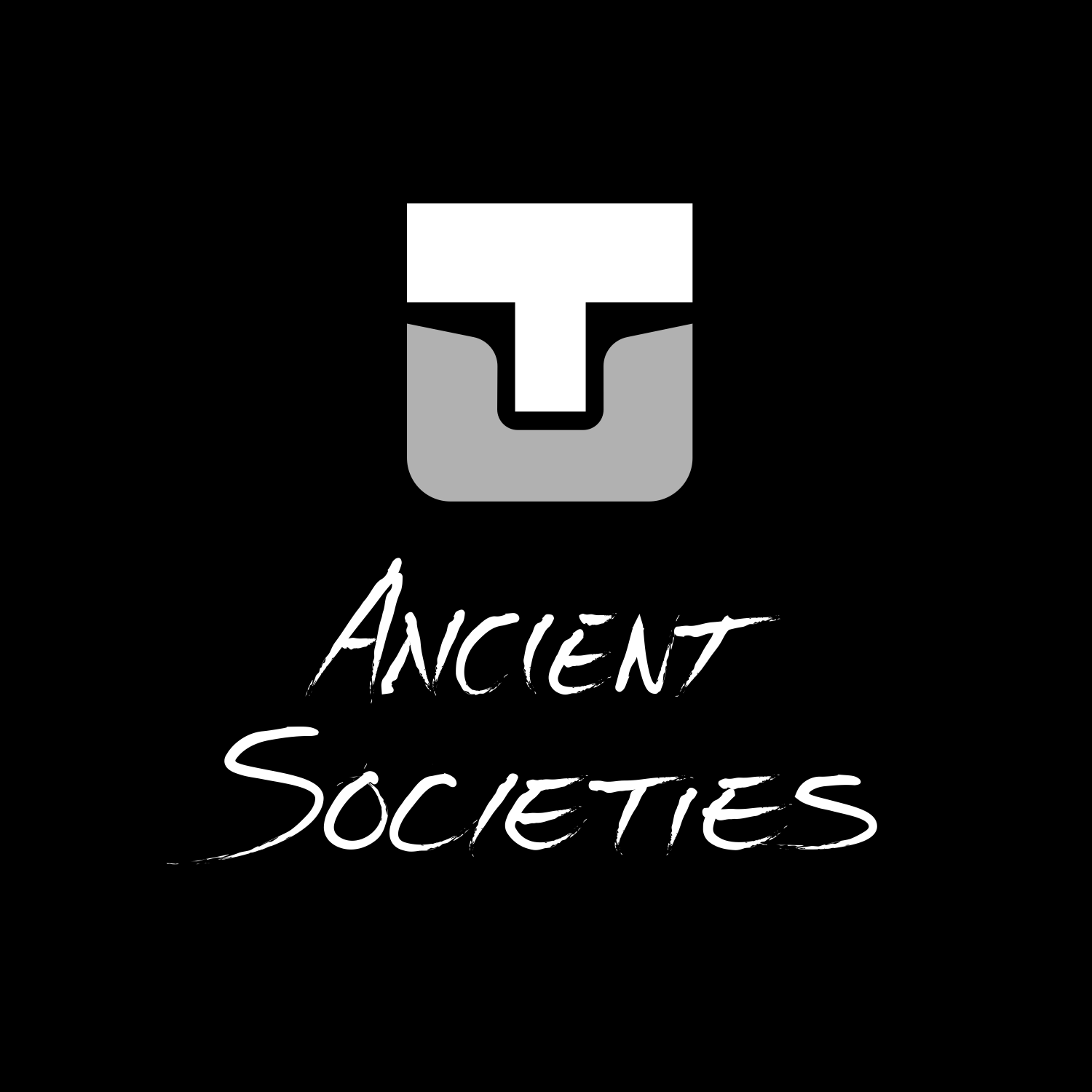 "[James Frey] had this whole thing conceived of as a never-before-done experience across all these media."

That goal comes directly from Frey, the mastermind behind Endgame who sought out Niantic to help him fully develop his universe. "Frey’s vision was to do this as a book and game and a movie all together, and to use social media as a way to extend the universe and make it a place where people could really live within the game universe," says Niantic head John Hanke. "He had this whole thing conceived of as a never-before-done experience across all these media."

Having worked on alternate-reality campaigns for years (his past projects include "I Love Bees" for Halo 2, "Why So Serious" for The Dark Knight, and Year Zero for the Nine Inch Nails album of the same name), Stewartson was a natural pick for Hanke to recruit to and lead Niantic’s group for Endgame. But Frey and Niantic are aspiring to something much deeper than previous ARGs. "A lot of the things that have been done in the past in this kind of realm have been marketing for other things," says Stewartson. "This is not marketing, it's a real important storyline in the universe."

The initial round of the ARG will serve almost as a prequel, setting up the events of the first book. But going forward the campaign will interweave with the future novels — and events that take place in the "real world" as readers and players engage with the ARG will affect the story of the upcoming books. "A lot of the direction within the overall structure [of Endgame] will be determined by what happens in the course of the experience," says Stewartson.

Unfortunately, the mobile game isn’t launching alongside the books; instead, it’ll be revealed at the end of the ARG’s first phase early next year. The story will start with a website, Ancient Societies, run by a character named Stella, focused on ancient historical societies — those civilizations happen to line up with the 12 different lead characters of the Endgame novel.

"Over a period of time, [Stella] herself as a character and the website itself as a game board will expand and get much more robust and much more interesting," says Stewartson. While there will be real-world gameplay during this initial phase, much of the interaction and gameplay will take place through this site. "There will be puzzles to solve, there will be live chatting with characters — it becomes a whole community of people that are living inside of this world."

Hanke calls Stella, who is being acted by Haley Webb (The Final Destination, MTV’s Teen Wolf) "the heart of the rabbit hole" launching next week, while Stewartson describes her as "as a three-way collaboration between the writers, the audience, and the actress who's going to be living in this character for a really long time." While Stewartson and Hanke declined to say whether the Stella character would make her way into movies, she’ll be doing YouTube videos, live Google hangouts, and appearances at live events — factors that made finding the right actress a bit tougher than finding someone who could simply memorize lines and act well. "We're not just looking for someone who's an amazing actress, we're looking for someone who can do improvisation," says Hanke. "She’s going to be interacting with people, in character — what does that mean for whom you would select for this role? They need to be able to think on their feet."

Stella will be your guide through the first phase of 'Endgame'

That spirit of improvisation and embracing the unknown is a guiding ethos for Endgame as a whole. "There's an element of performance art to it," says Stewartson. "The best thing you can do is plan enough and make sure that you have enough to work with in order to be ready, but you also have to build in the ability to be super flexible and do things on the fly." That’ll probably be easier to do now than it will be down the line, when the second and third novels start intersecting with events from the ARG and mobile game. 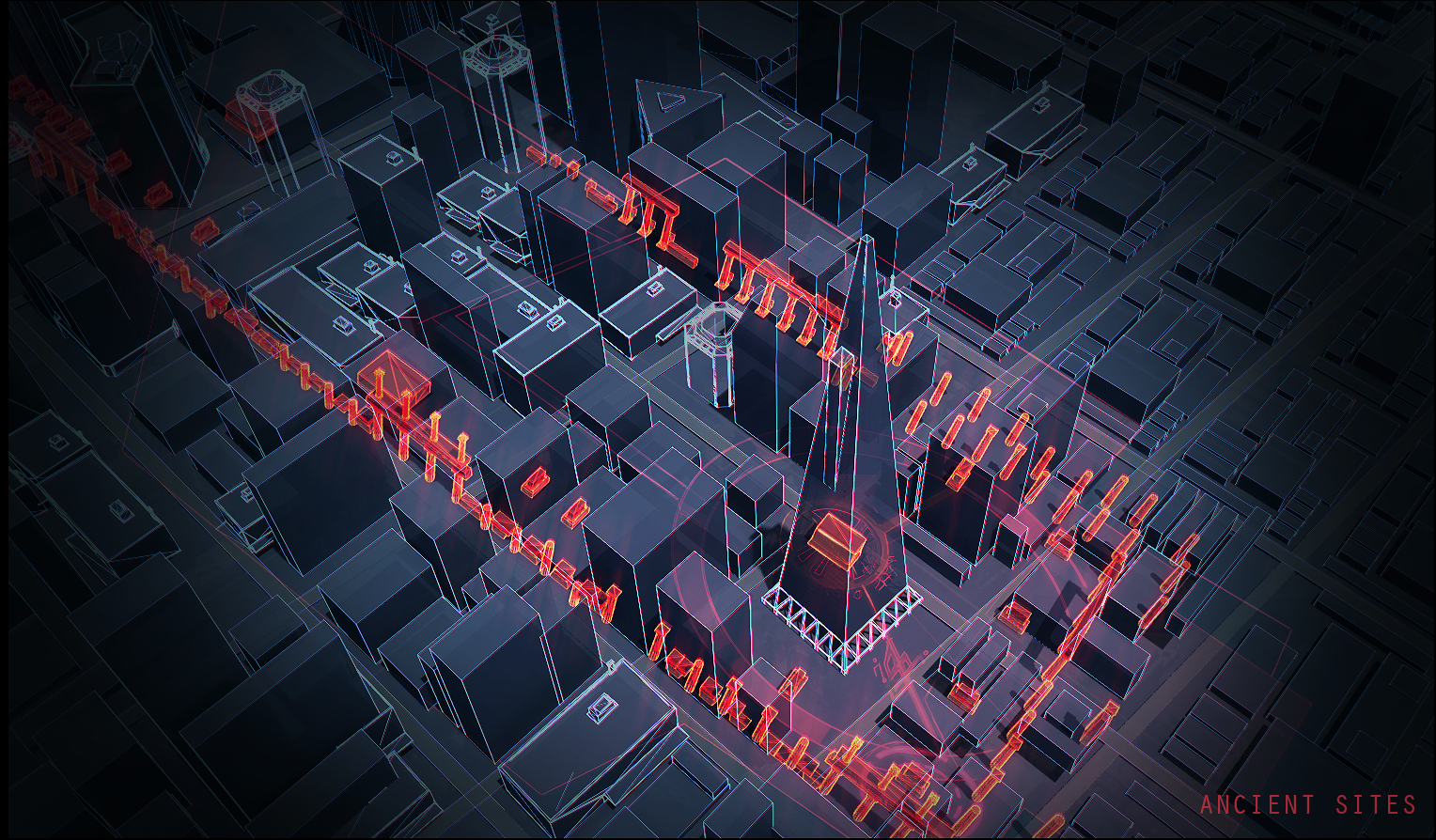 Niantic hopes that its experience with Ingress will help it pull off Frey’s concept — one that will attempt to let users engage with the Endgame universe with whatever intensity suits them best. "One of the things we've learned is that you have to create experiences that will serve a number of different categories of people," says Stewartson, from casual observers down to the most hardcore players. Just as Ingress can now draw together hundreds of players for real-world events and spawn passionate, in-depth conversations about its game world, Niantic expects to be the center of a hub of players experiencing Endgame alongside the book’s characters.

The ubiquity of cell phones is key to taking 'endgame' global

"One of the problems in the old days was you could never reach everyone with an event," remembers Stewartson. "You could put some things in a few different cities, but it wasn’t like everyone, no matter where they were, could do it." Mobile phones have changed all that, allowing people to participate in Endgame — and potentially impact the story — regardless of where they are. "It's one of those ideas that has been around for a while," says Hanke, "but I think it's really ready for prime time now that cellphones are around to stitch it all together." 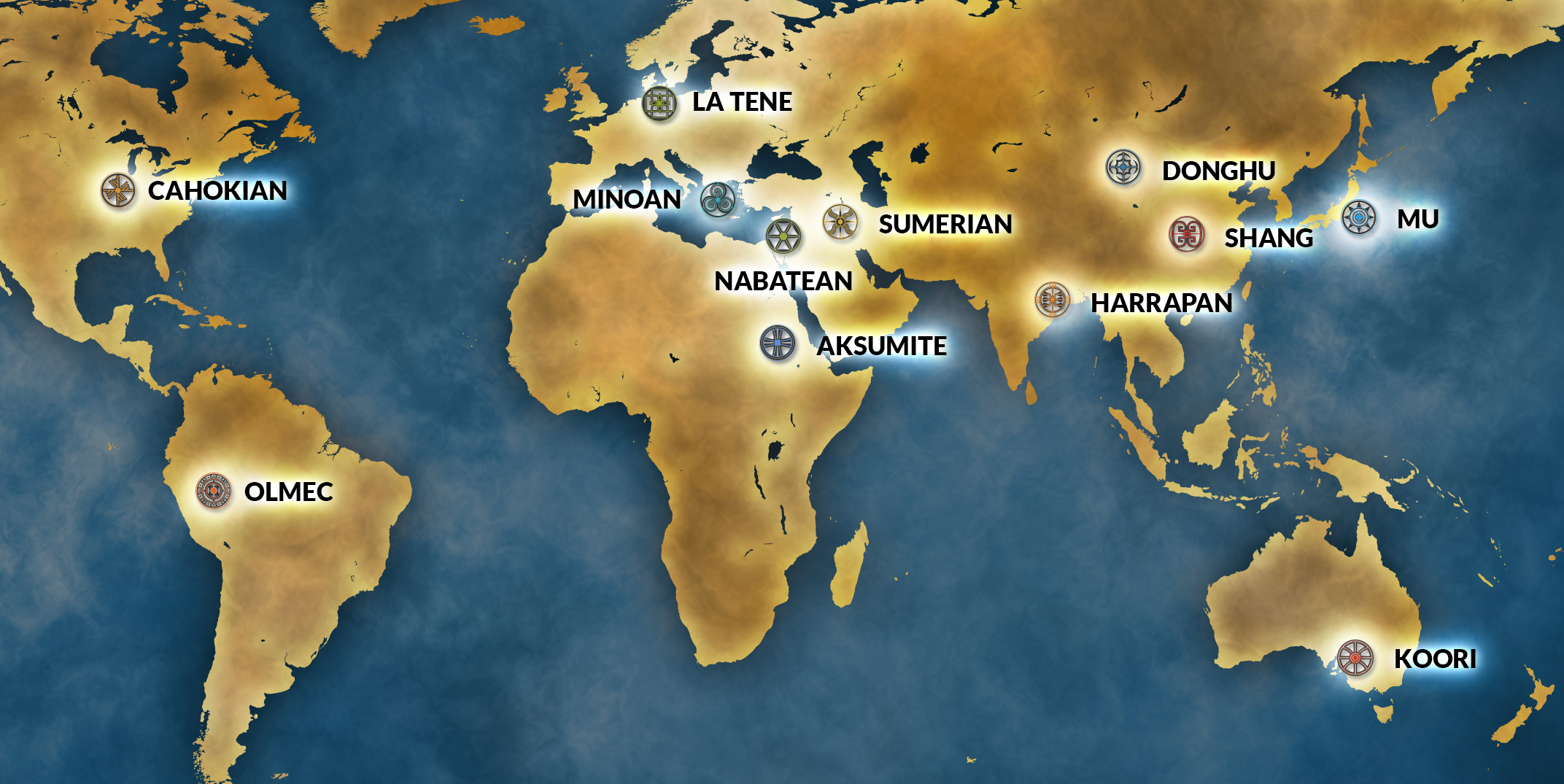 At the end of the day, however, the success of the vast Endgame world will depend on the success of the novel. As much as Frey and Google believe every piece of Endgame will be a vital part of the story, the books (and eventual movies) are the pieces that have a chance of lasting beyond the present. Readers will pick up the book years from now, long after the ARG and app have faded, long after the fictional social media profiles for the book’s characters have gone dormant. It’s almost impossible for the rest of the universe to be as essential as the books — Endgame might have the most involved and deeply layered supplementary content of any piece of media in recent memory, but at its core it’s still just that: supplemental.

That doesn’t mean it doesn’t have value to those of us experiencing it in the present day, of course. Those who are particularly drawn to the story of Endgame and want to lose themselves down the rabbit hole will have plenty to keep them busy over the coming months and years, if Google and publisher HarperCollins have their way.

"I think people are ready for entertainment experiences that reach them in a contemporary way," says Hanke. After seeing how far down the rabbit hole the Ingress community has gone, Hanke and Niantic believe that an even wider audience is ready for such an experience. "Endgame is like a buffet: you can come at it from whatever looks appetizing to you, but you don't have to do it all," Hanke says. "I totally think it’s going to find a large audience."