Some people play games like Halo for the story. I play for the competition.

For me, multiplayer games are simply a collection of mechanics. I look at things like player movement, bullet dynamics, and level design, and what drives me is understanding how they work and then mastering them. Few games grab me enough to warrant devotion. Halo is the one that grabbed me the hardest.

I prefer the more competitive, simplified online experiences found in games like Halo 2 and Halo 3. The maps are small, the games are fast, and teamwork is essential. When I played the beta for the upcoming Halo 5: Guardians, it was very clear that developer 343 Industries is trying to bring Halo back to these roots. According to 343, e-sports has been a major influence on the game’s development, and while I disagree with a few of the changes to the game, it still instantly hooked me. 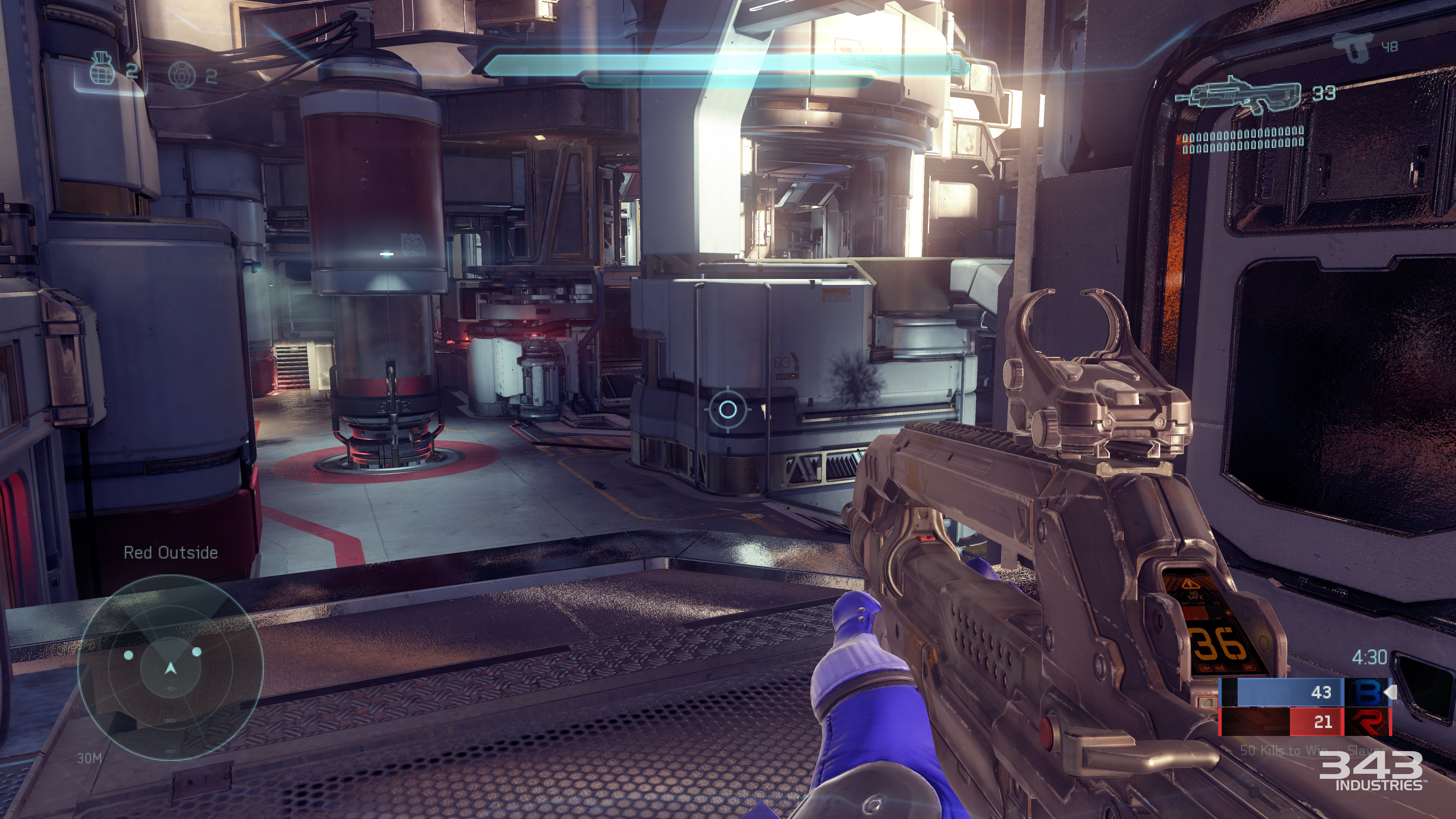 I played three maps and one new gametype for the upcoming beta (the final beta will include three modes and seven maps and run from December 29th to January 18th). One, Truth, is a spiritual successor to my all time favorite Halo map, Midship. While Midship can’t be replicated, Truth does a good job of highlighting what made it so special. The visual design is once again shiny and bright, the look and feel reminiscent of Halo 4. Sightlines are good, escape routes are plentiful, and an abundance of Battle Rifles and Designated Marksman Rifles leads to some extremely enjoyable firefights. Every encounter felt fast and exciting and brought me back to the grand days of Halo 2.

It brought me back to the grand days of 'Halo 2'

The second map I played, called Empire, is larger than Truth, and features two Sniper Rifles located on opposite sides of the map. The majority of the encounters felt close and intimate thanks to the many rooms and platforms surrounding the more open central area. I found myself moving from area to area around the edges of the map dispatching enemies as I went, with really intense fights happening where the Sniper Rifles spawned. There are many paths to take, and getting from one side of the map to the other is a quick journey once you understand the layout. It wasn’t as fast paced as Truth, but I was never without an enemy for long in a 4v4 match.

Crossfire, the third and final map, has been designed for a brand new gametype called Breakout. Breakout is a round-based team game, with each team member getting a single life per round, and the first team to kill the other wins the round. Win five rounds and you win the match. At the beginning of each round, players are vaulted into a very paintball-esque arena, and each side has one Battle Rifle at their disposal. The games I played were extremely fast and exciting. Teamwork was essential and movement needed to be very calculated. Going rogue felt dangerous, because being outnumbered in a gunfight almost guaranteed death. It was fun, but I can see a good team of four making it very frustrating for players who prefer to run solo.

With the updated maps come updated gunplay dynamics, which feel just as strong as any Halo game should. The most immediately noticeable -- and long overdue -- addition is the introduction of iron sights, a feature the game calls Smart Scope. The new feature doesn't even come with any serious drawbacks, as things like movement and hip-firing won't be affected. It’s all tied into your Spartan’s suit, meaning each gun reacts differently when scoped. Really slick UI reticules appear when you’re scoped, and all guns, even the sword, can now scope. For some weapons this makes a huge difference: for example, it makes the Assault Rifle, which I’ve always felt was useless, something worth holding onto. De-scoping is back as well; getting shot while scoped in will pull you out of scope briefly. The feature has a slight delay, which is a little frustrating, but de-scoping drastically changes the way Halo plays, and for the better. Being able to hold snipers at bay while I maneuver around is essential to the Halo experience. 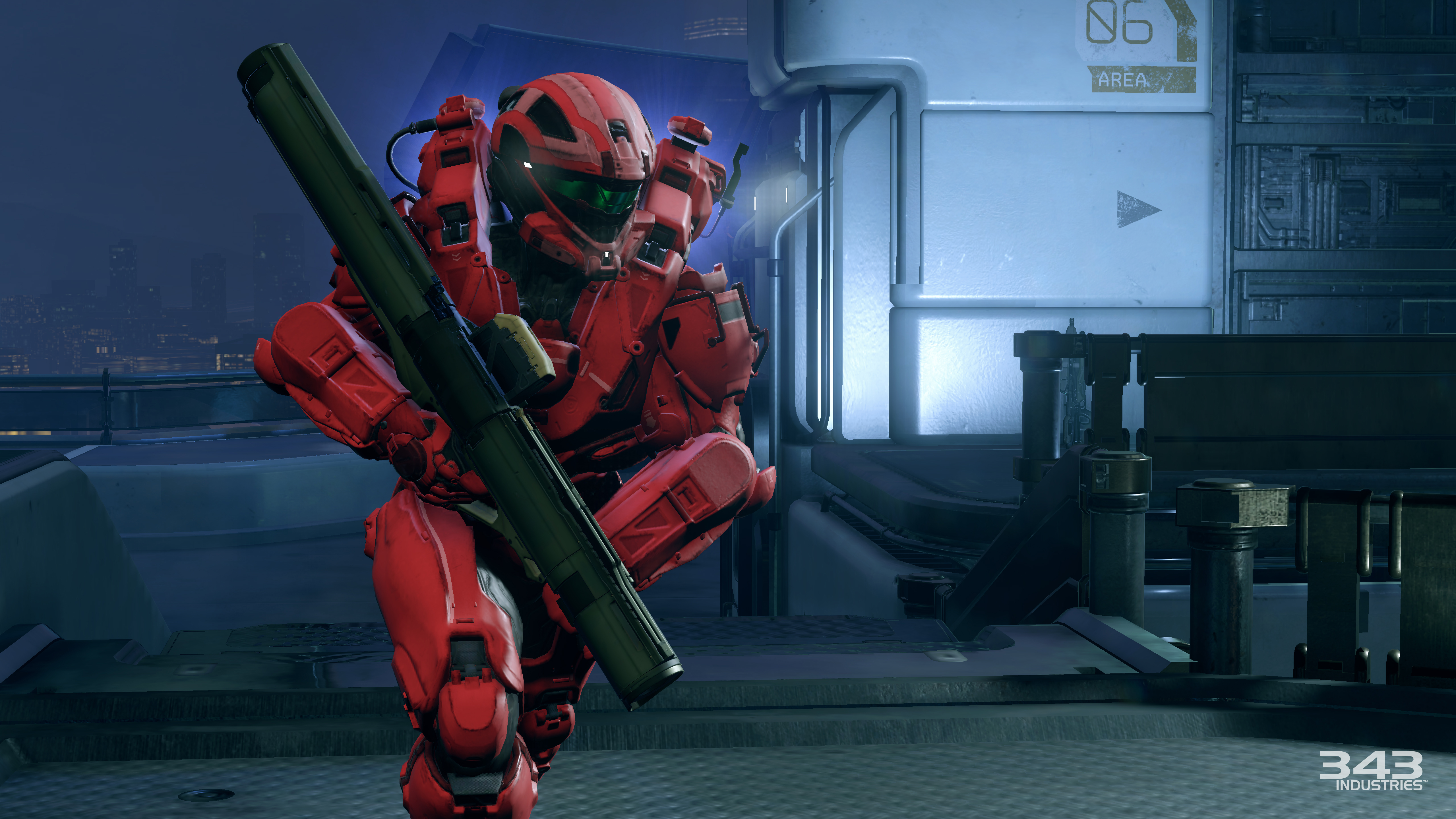 Ordnance drops are gone, thank god, with 343 instead opting for consistent weapon spawns throughout each map. Random Ordnance drops in Halo 4 were easily my least favorite aspect of what was otherwise a very solid multiplayer experience. It added randomness to each map, discouraged movement, and made map control ultimately impossible. Now, the snipers and other power weapons spawn in the same place, triggered by an in-game timer.

Halo 5 also includes an unexpectedly awesome addition: in-game audio cues for enemy locations and weapon spawns. It’s subtle and not immediately noticeable, but it’s a brilliant mechanic that I didn’t even know I wanted. If your teammate gets sniped, in-game audio from his Spartan will announce where the bullet came from using classic callouts like "Red Street" and "Mid." It will take time to learn these cues, but I think they’ll make playing solo a much more enjoyable experience. It reminds me of audio I’d hear watching a Major League Gaming match, which makes sense considering 343 recently hired a few very accomplished Halo professionals to work on Halo 5.

The beta also introduces a slew of new mechanics that felt strange, but also familiar. Gone are the loadouts introduced in Halo 4 and the collection of Armor Abilities from Halo Reach. Instead, each player starts with the same loadout with an overall focus on mobility.

Sprinting is on by default and you can now do it infinitely. Your shields will no longer recharge while sprinting, which makes great escapes that much more difficult. Sprinting in Halo will always feel weird to me, but having recently played the older games, I think I can finally say I’m glad it’s in there. Reaching full speed while sprinting and pressing crouch also enables the new slide mechanic, which should make shotgun-wielding foes even more annoying.

Also new is ledge grabbing, called Clambering, an addition I could live without. It’s fairly straightforward: press A near a ledge to climb up. It feels good, but it isn’t necessary. Jumping and verticality was always something that set Halo apart; mastering the jump height and physics of each game took time, but it made those extra hard jumps feel much more rewarding when you pulled them off. Clambering does make maneuvering around the map easier, but the animation can get in the way. More than once I tried to jump over a small ledge only to enter the clamber animation. It was rare, but still annoying. 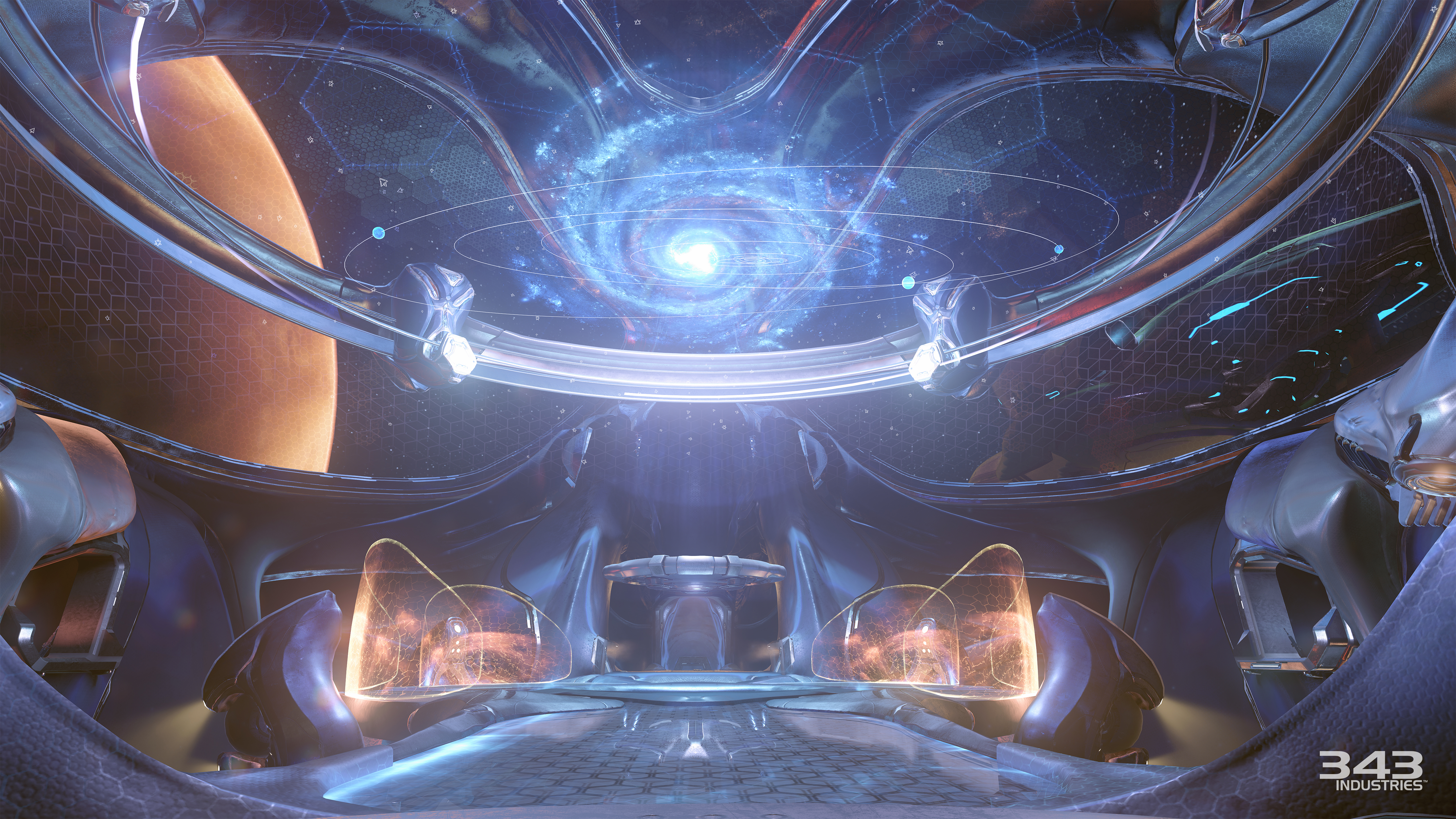 The new Thruster Pack is my favorite addition. Just tap B and hold the left stick in a specific direction for a short, but effective dash. I pride myself in my escaping abilities in Halo, and it’s one of the main reasons I prefer the series over other modern shooters like Call of Duty or Titanfall. If I get shot in the back, instead of dying instantly, I have time to find cover and reassess the situation. The Thruster Pack not only makes this process easier, but also more rewarding. I was instantly able to evade and confuse my opponents by dashing in and out of bases and tight rooms. You’re still vulnerable while dashing, but the unpredictability makes you a difficult target.

You can use that same Thruster Pack to activate the Stabilizer ability while airborne. Pressing the L trigger in midair will allow you to float down with increased accuracy. It helps when trying to avoid that grenade that’s just been dropped at your feet or if you need to finish someone off who’s below you, but I didn’t use it much in my playtime.

I’ll stick to my guns, thanks

Among the new default loadout are two new offensive abilities, though neither really feels useful. The Ground Pound does exactly what it sounds like, letting you drop down from the air to unleash an attack on unsuspecting enemies. It seems like a direct rip of the Titan’s Fist of Havoc Super from Destiny. It was hard to pull off, though, making me wonder why I’d actually use it when my guns work just as well. The Spartan Charge, meanwhile, is a football-style tackle that lets you sprint at opponents and level them with a shoulder to the face that can be activated after reaching top speed while sprinting. If you manage to pull off a hit from behind it’s an instant kill, but just like the Ground Pound, I can’t see myself using it all that much. I’ll stick to my guns, thanks.

All of these mobility abilities make Halo feel faster than ever, but when you’re not using them, everything feels slow and kind of clunky. You still can’t jump very high and your default speed feels unbearably slow. I long for the days of the floaty Halo 2 physics. Halo was always much slower than most modern FPS games, which I liked, but adding this mobility makes me think they can increase the base movement speed and jump height to better match the fast paced environment they’ve created.

With all of these changes it’s clear that 343 is trying to recapture the e-sports audience. And because of this, the Halo 5: Guardians beta actually feels like a step backwards. But that step is bringing the series back to what made Halo great. By simplifying the gameplay and fine-tuning a few key mechanics 343 has made what feels like an extremely polished experience. The beta feels like a great combination of what past Halo games did right, and I can’t wait to jump back in.