This is the fastest electric motorcycle you can buy

With a polite round of applause, the first owner of the fastest production electric motorcycle took the keys to his new ride. Sitting down just a few moments later, he slyly looked down and slid them onto the ring next to keys for his Tesla. His half-hour or so commute is now 17 minutes — legally, that is.

I'm not in some gleaming garage or an airplane hangar, but in the second floor of Autodesk's headquarters in San Francisco. That's an odd place for a motorcycle, but it's also crucial to how this particular two-wheeled monster was created. The software company helped the bike’s maker, Lightning Motorcycles, design the swingarm in the back of the bike using its 3D software. That’s the thing that helps motorcycles keep their rear wheel attached, which is kind of important when you're traveling at 218 miles per hour. 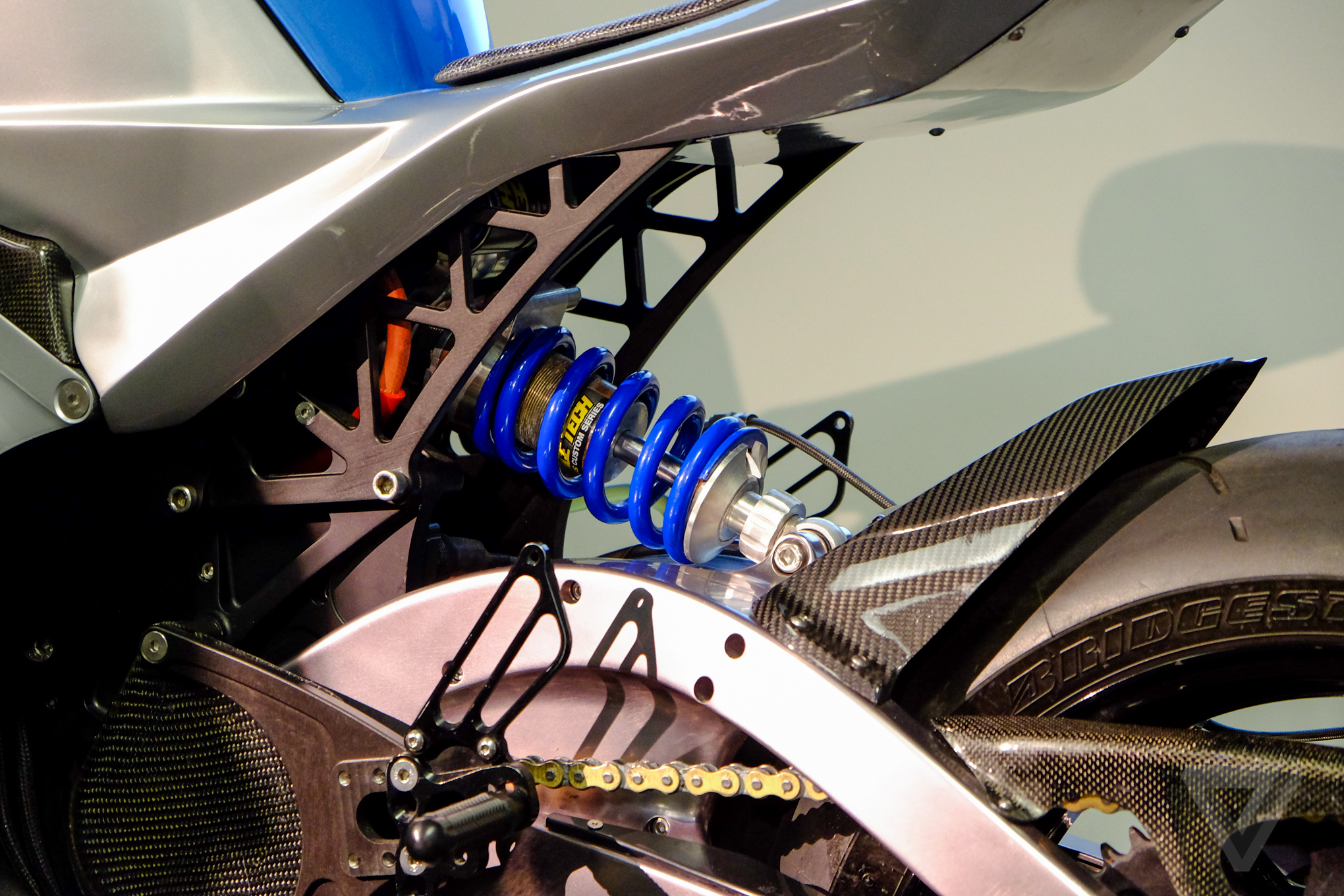 I’m here because Lightning’s finally delivering the first of its electric motorcycles to customers, which could also be classified as street-legal rockets. Lightning’s first bike, the LS-218, has set new land speed records. It's basically trying to do to bikes what Tesla has done to cars: it’s making electric rides that push the limits of speed and performance. The LS-218, which owner No. 1 Troy Helming purchased a year ago, gets its name from how fast it goes. In the company’s testing, it’s gotten the bike up to 218 miles per hour, which makes it the fastest production electric motorcycle in the world.

Yet one of the most interesting aspects of the $38,000 motorcycle, which comes out to less after numerous state credits and rebates, is not the speed, but the chance to reimagine what motorcycles could be using electric motors. It turns out that the designers had to hold back to keep buyers of regular gas motorcycles from being spooked. Going electric meant no more considerations for where the gas tank was, or creating a complex exhaust system that does its job without setting your legs on fire. That presented new possibilities for changing the way bikes looked (think Tron). But veteran motorcycle designer Glynn Kerr, who created the look of the LS-218, says there were certain considerations to keep people who buy motorcycles from taking one look at it and running for the hills.

"This isn’t a regular gas bike, but how do you show that? You have the same function — it has to hold a human being, and the aerodynamics are the same. How much do we make this something new?" Kerr asks. "There’s a 10 percent level," he says, "Where if you take people past 10 percent, they start questioning it."

This looks like a normal motorcycle, and that's not a mistake

Kerr’s answer is a bike that could easily be mistaken for a gas bike, at least while it’s parked. There are vestiges of the old system like a chain, which Lightning founder and president Richard Hatfield says is the only thing besides the wind that you hear while riding. There’s that, and the usual bulge just in front of where you sit, which now houses things like the battery and electric motor. On closer inspection you also notice there’s no muffler. 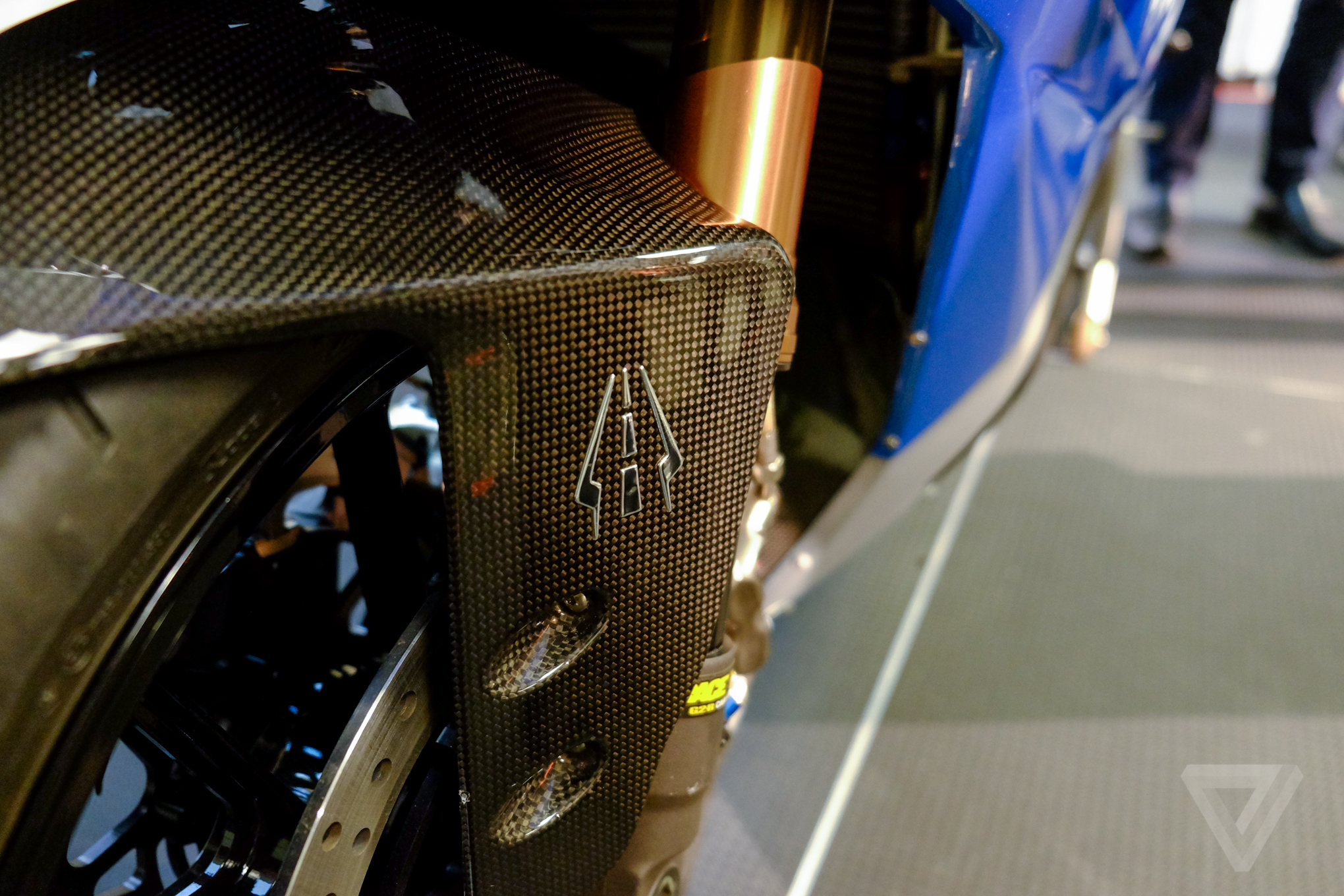 Given that it's a battery-powered system, there are limitations. You get about a 100 mile range, which Hatfield says depends on how you ride it. Just like electric cars, the faster you go, the less range there is. Even so, the technology promises to be cheaper than gasoline. In the company's speed testing at the Bonneville Salt Flats in Utah earlier this year, for instance, a 7-mile speed run cost just 15 cents worth of electricity, which test driver Jim Hoogerhyde says would normally run him $40 in fuel.

Lightning says it’s gotten more than 200 inquiries about purchasing an LS-218. It's not the first maker of electric motorcycles, but it's been incredibly aggressive about targeting speed records. The first five people who ordered this bike are getting them now, with the company tracking what happens with them closely before opening up sales to a wider group. Next, Lightning wants to make an upright model akin to KTM's Super Duke that will use some of the same technologies that can be found in the LS-218. Hatfield says that version will have some exposed components that push that idea of an electric motorcycle beyond this familiar look, and into something new. And you can bet it will be fast.