I once met a woman from Paris. I don't know her name, but she usually wore a green dress and for some reason spoke with a thick English accent. Every five minutes, at seemingly random places throughout the city, a thief would steal her purse and she'd scream for someone to help. It was a never-ending cycle that lasted for years.

She lived in the French Revolution-era Paris depicted in Assassin's Creed: Unity, one of the most beautiful, detailed cities I've ever explored in a video game. But the city is also a facade, attempting to mask my least favorite game in the series since the original. It's beautiful, but Unity is a bland, repetitive, and unimaginative adventure that doesn't do the city justice. When you're rushing through Paris, dashing across the rooftops, many of its issues simply breeze right past you. But as soon as you stop to soak up some of that Parisian charm you'll spot something off: a weird glitch, a character walking into a wall, a guard that decides to kill you because you ran too fast.

If you wait long enough, you'll hear the woman calling, wondering why no one will help her get her purse back. 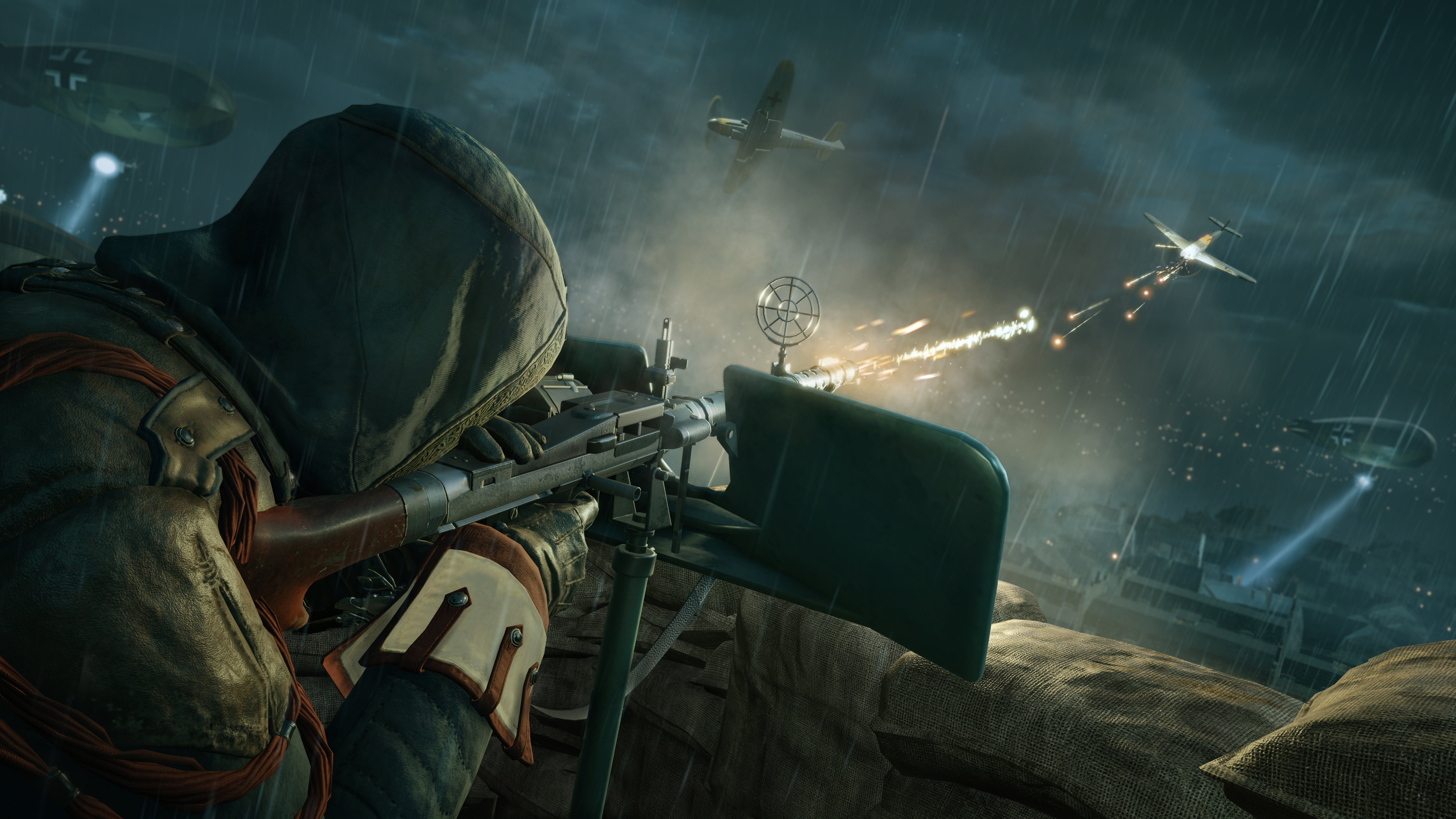 Assassin's Creed: Unity stars Arno Dorian, a young man who, like every video game hero before him, is out for revenge. In this case, he’s avenging his father’s death, which leads him to join the ranks of the assassins. Unity continues the century-spanning tale of the conflict between assassins and Templars that holds the Assassin's Creed series together, and it's just as confusing as ever. I rarely knew why I was doing something, other than because it would somehow help Arno's quest to find the man who killed his father.

I rarely knew why I was doing something

There's also the weird, convoluted sci-fi narrative that sits on top of the main story, just like in past games: you're not actually Arno, but someone from the modern day revisiting his memories using fancy new technology. Unity's story is basically what would happen if Dan Brown wrote a video game after binging on too many Twilight Zone episodes. At one point someone actually says the phrase "a rare breed of human with a surplus of ancient DNA," and you're supposed to make sense of it. The story also takes itself far too seriously. Despite the fact that it includes both magical swords and a scene where you shoot down WWII fighter planes using a machine gun bolted onto the Eiffel Tower, there’s very little humor in the game.

Much like Aiden Pearce in Watch Dogs, another Ubisoft game, Arno has basically no memorable personality traits, aside from the fact that he's a sociopathic killer. There's a scene where he kills multiple people just so he can steal some wine and have a drink. Afterwards, he doesn't express remorse: he's just mad someone stole his watch while he was passed out from drinking. He’s an incredibly unlikable lead.

Of course, storytelling has never been Assassin's Creed's strong suit. The games are just an excuse to throw you in a massive city and have fun. And Paris circa 1791 is easily the biggest, most detailed city in the series to date. It's not just that it's huge, but it's also dense in a way that's incredibly convincing. Since the game takes place during the French Revolution, you'll often come across impressively huge crowds of people protesting in the streets. Viewed from atop one of the incredibly lifelike buildings in the game, these crowds are amazing to behold. At times the city’s design makes it clear it’s a video game level — there are plenty of conveniently placed hiding spots and carts of hay to jump into — but because everything else feels so true to life, it's easy to dismiss those concessions. Scaling a towering, Gothic church and peering through the stained glass windows just because you can is a pretty amazing feeling. You can also go inside more buildings than ever before, and the transition is seamless.

If only that wonderful city gave you more interesting things to do in it. 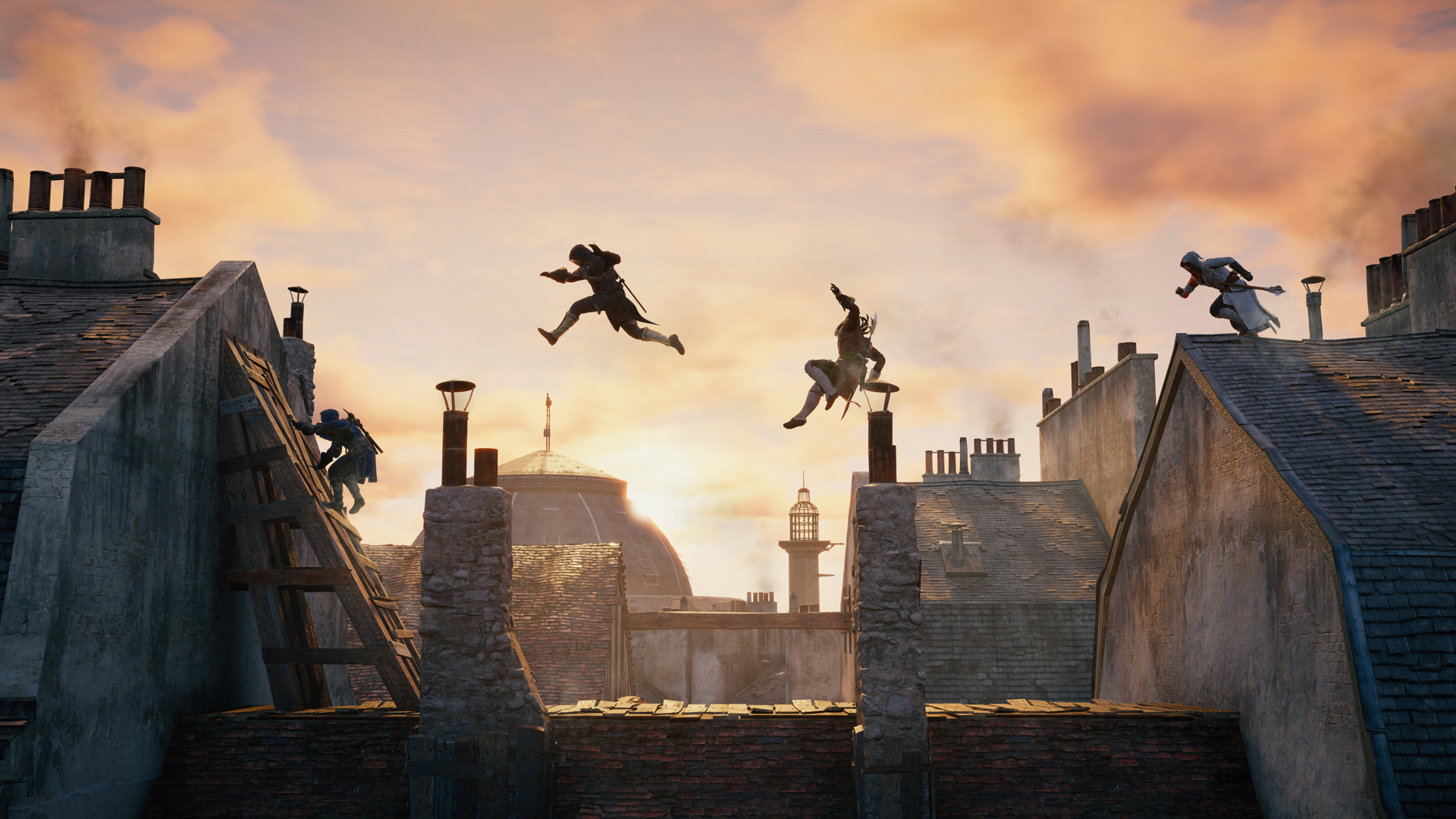 The core story missions in Unity will feel familiar if you've played any game in the series before. Too familiar. For the most part, they involve sneaking into a carefully guarded building to steal something or kill someone, and then, once that's done, you run the hell away. At the outset of each mission, Arno will perch atop a building across the street, scanning his surroundings for things and people he can use to sneak in more easily. The idea is that each mission is somewhat of a sandbox, with multiple ways of tackling the same problem. You might be able to bribe a cleaner to open a window so you can slip in undetected, or you might just be a badass assassin and stealthily kill every guard in your way, but these options only really change the experience slightly. In practice, the assassination missions all largely feel the same, just in different locations.

It still feels amazing when you pull off an assassination cleanly, and the thrill of hiding in the shadows and terrorizing guards is still there. But Unity doesn't really make good on its promise of giving you a huge amount of freedom to pull off these kills. It always felt like there was a proper way to do things, and finding that route made the game a whole lot easier, but also less satisfying. Unfortunately, the side missions don't provide much of a distraction from the uninspired assassinations. The ones I played were either simple fetch quests or had me guarding a character from harm while they walked from one location to another. They were all pretty boring, and the meagre rewards for doing them meant I stopped about a third of the way into the game to focus on the story. Unity’s rendition of Paris features incredible buildings to climb and explore, diverse neighborhoods that all feel distinct, but none of these aspects are put to use in the mission design. Nothing here really feels distinctly Parisian.

Unity's missions aren’t exactly bad, they're just bland and forgettable. What can make them frustrating is when the controls get in the way. Like other Assassin's Creed games, Unity features a very automated control scheme: you can make Arno run, jump, or climb simply by holding the right button at the right time. When it works right, it's brilliant, letting you scale huge buildings and speed across the Parisian skyline with little effort. But on multiple occasions Arno leapt to his death when I was trying to dive into a cart full of hay, and he has an unfortunate tendency to get stuck on tiny bits of furniture or scenery. After spending more than 20 hours with the game, I still can't successfully get through an open window on the first try.

The control issues are particularly problematic during chase sequences, where one small error means you have to start the whole thing over again. Arno may be a budding master assassin, but he's prone to small errors. Compounding the control problems is a laundry list of technical issues that plague Unity. Some are merely cosmetic: you'll come across people running in place and see characters simply pass through one another as if they were ghosts. Once I spotted a man seemingly impaled by a tree, yet he made sure to wave at people who passed by. 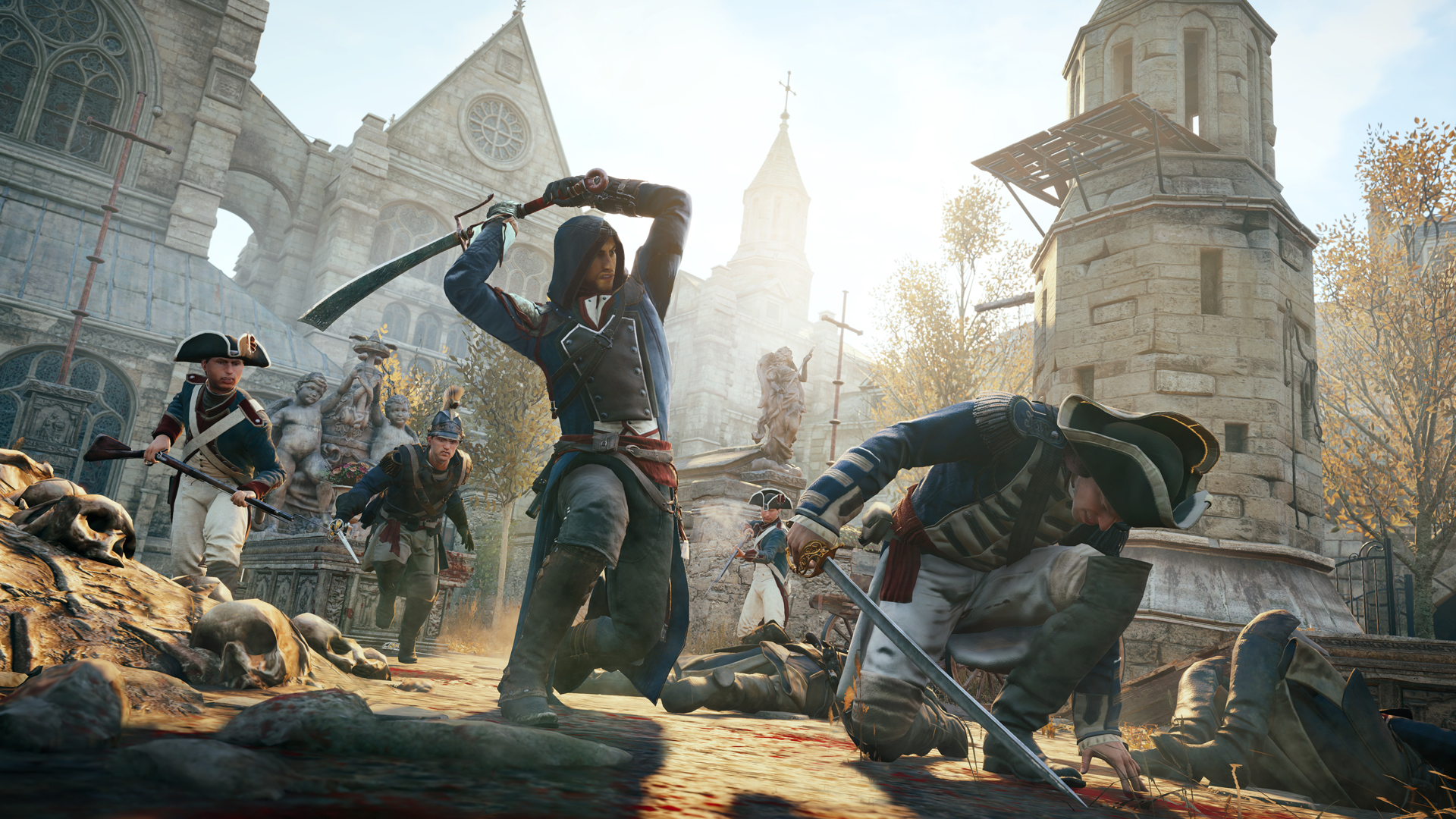 These errors can be funny, but they really take you out of the experience. It's hard to feel like you're really exploring Paris when a man floats by, riding an invisible horse. The scope of the city and the huge crowds also seem to have put a major dent in the game's performance, as the frame rate would often drop significantly, turning Unity into a choppy mess. This was particularly true during scenes with lots of people in them. I also had issues with the sound: in one instance, the drone of characters in a tavern was so loud it drowned out what I think was an emotionally significant cut scene. It's hard to know for sure since I could barely hear it.

When everything clicks, Unity reminds me why Assassin's Creed has become so popular. The joys of scaling a massive building or expertly pulling off an assassination are unique to the franchise, and they're thrilling. But aside from the beautiful setting, there's not much here to distinguish Unity from past games. A bigger game doesn’t make for a better one, and while Paris offers more places to go, it doesn’t give you new things to do.

Maybe it's a case of franchise fatigue — there's been a new Assassin's Creed game in some form every year since 2009 — but nearly every aspect of the game, from its mission design to its story, feels like a rehash of old ideas. Toss in some terrible glitches and frustrating controls, and you have a game that feels like a step backward for the series. Considering it's the first Assassin's Creed built exclusively for the new generation of game consoles, that's incredibly disappointing.

There's a woman pestering me to catch the thief who stole her purse, but I keep ignoring her. I know the chase will just bore me.

Read next: Building a better Paris in Assassin's Creed: Unity