"I don't know what it is about them," Khyzyl Saleem says of his fascination with cars, "but I think it's the personal aspect of them: the ability to make it your own and make it something that reflects you as a person."

One quick glance at Saleem's website shows just how deep that fascination is: the page is covered in insane, futuristic vehicles that wouldn't look out of place in some new blockbuster video game. His pieces often take modern vehicles and splice them with space age tech and vivid, colorful paint jobs. Sometimes he even skips the modern part and goes straight to making crazy spaceships. "I'm not sure if I'm fully sold on the whole flying cars thing yet, however," he says.

The pieces are particularly impressive considering the Manchester-based artist only started using Photoshop four years ago, at 17 years old. When his dad brought home a copy of the software, Saleem dove in, determined to learn everything he could about it. Inspired by artists like Danny LuVisi and Arron Beck, he started making his own crazy landscapes and characters. "I became so determined to learn how to paint; it was beginning to feel like a chore, so I took a step back and decided to work on something more personal that I wouldn't get bored of," he explains.

That's where the cars come in.

He's currently working on a personal project called "Evade," which merges his love of both cars and technology. He describes it as a battle of "old vs. new" with everything from old-school cars to robotic vehicles, racing in some kind of sci-fi take on the Fast and the Furious. One day, though, he'd like to see his designs move beyond the computer screen and get a chance to design and manufacture a real car.

"Either that or have a car manufacturer ask me to design a GT3 spec racer for them," he says.

You can find more of Saleem's work on his site. 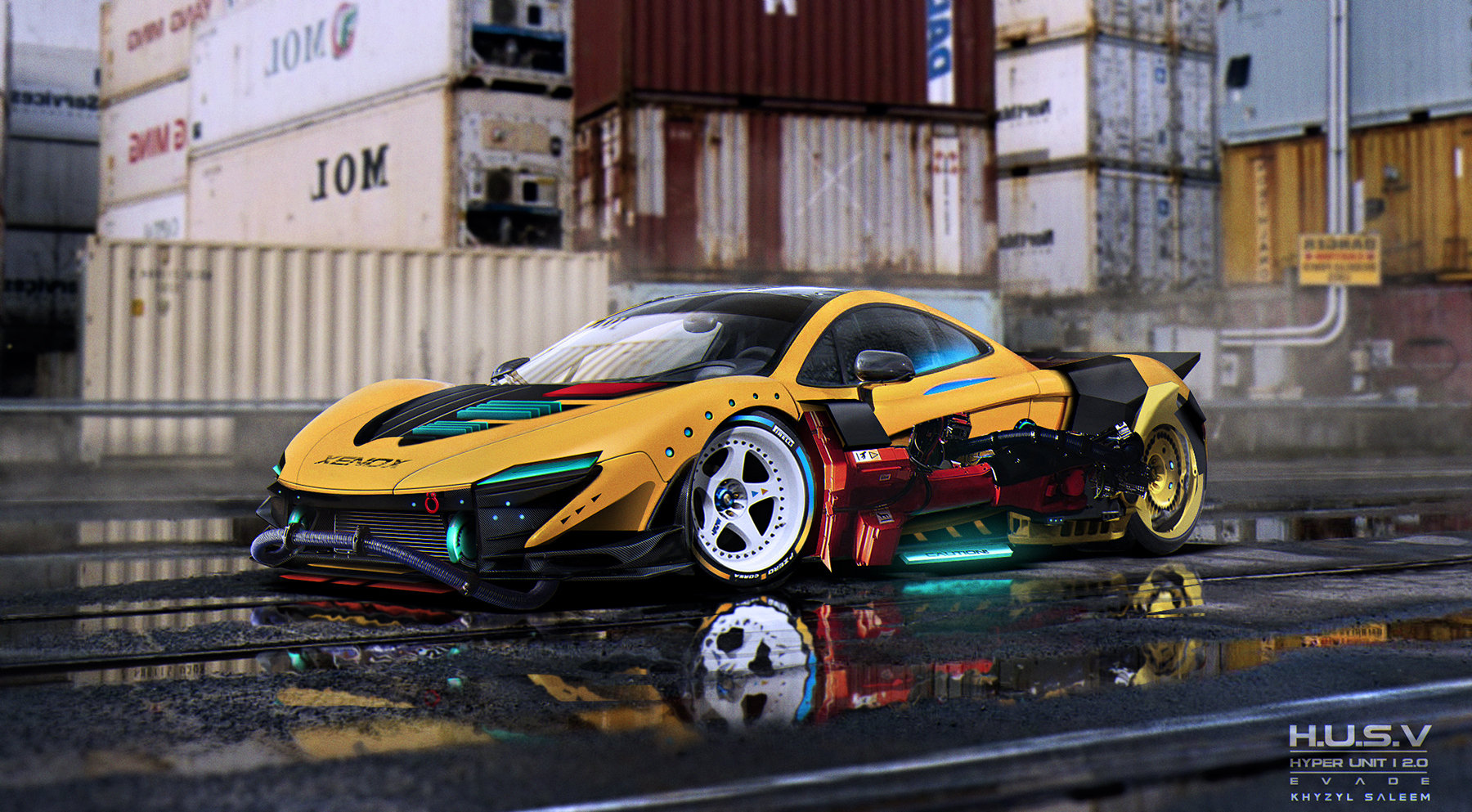 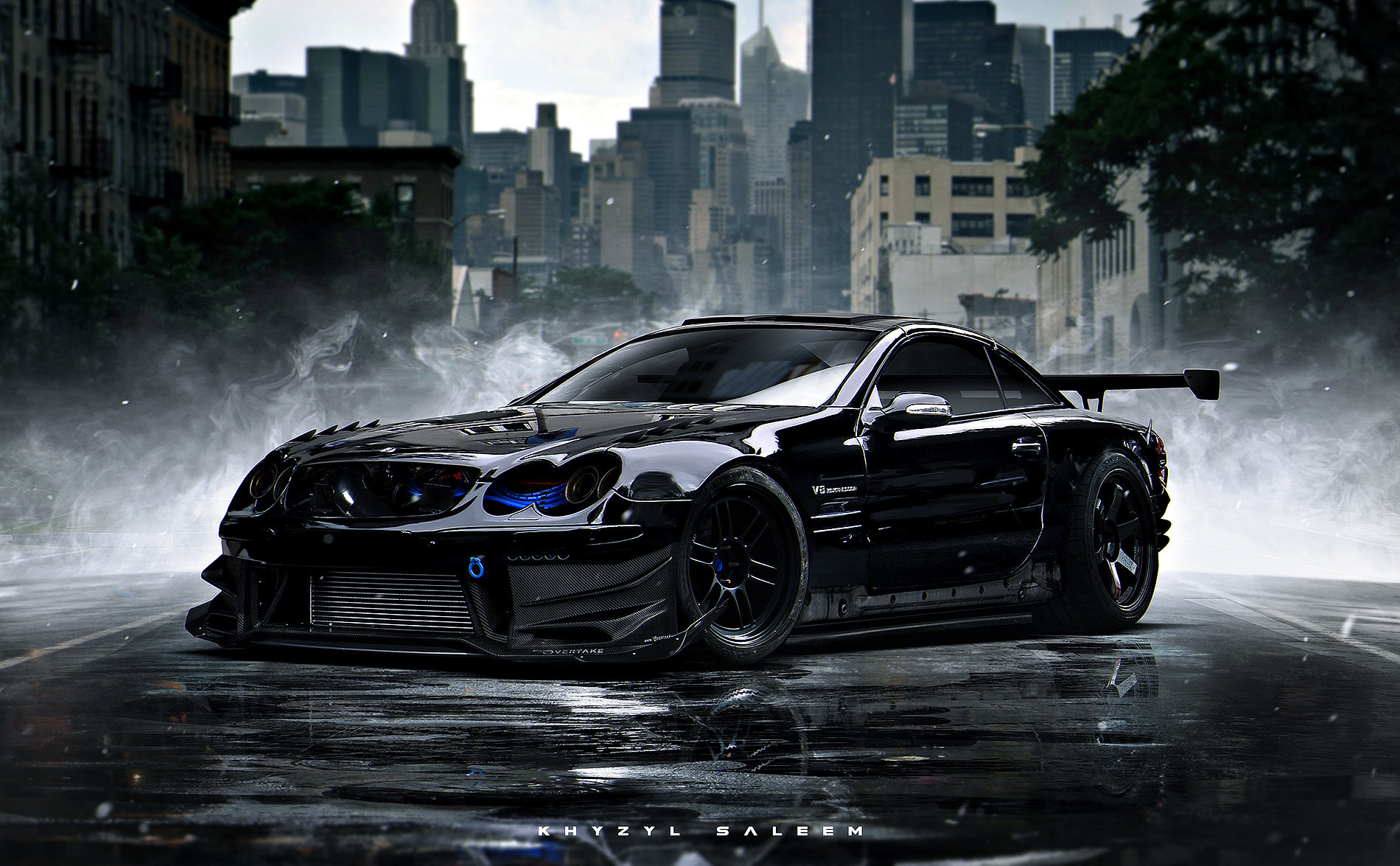 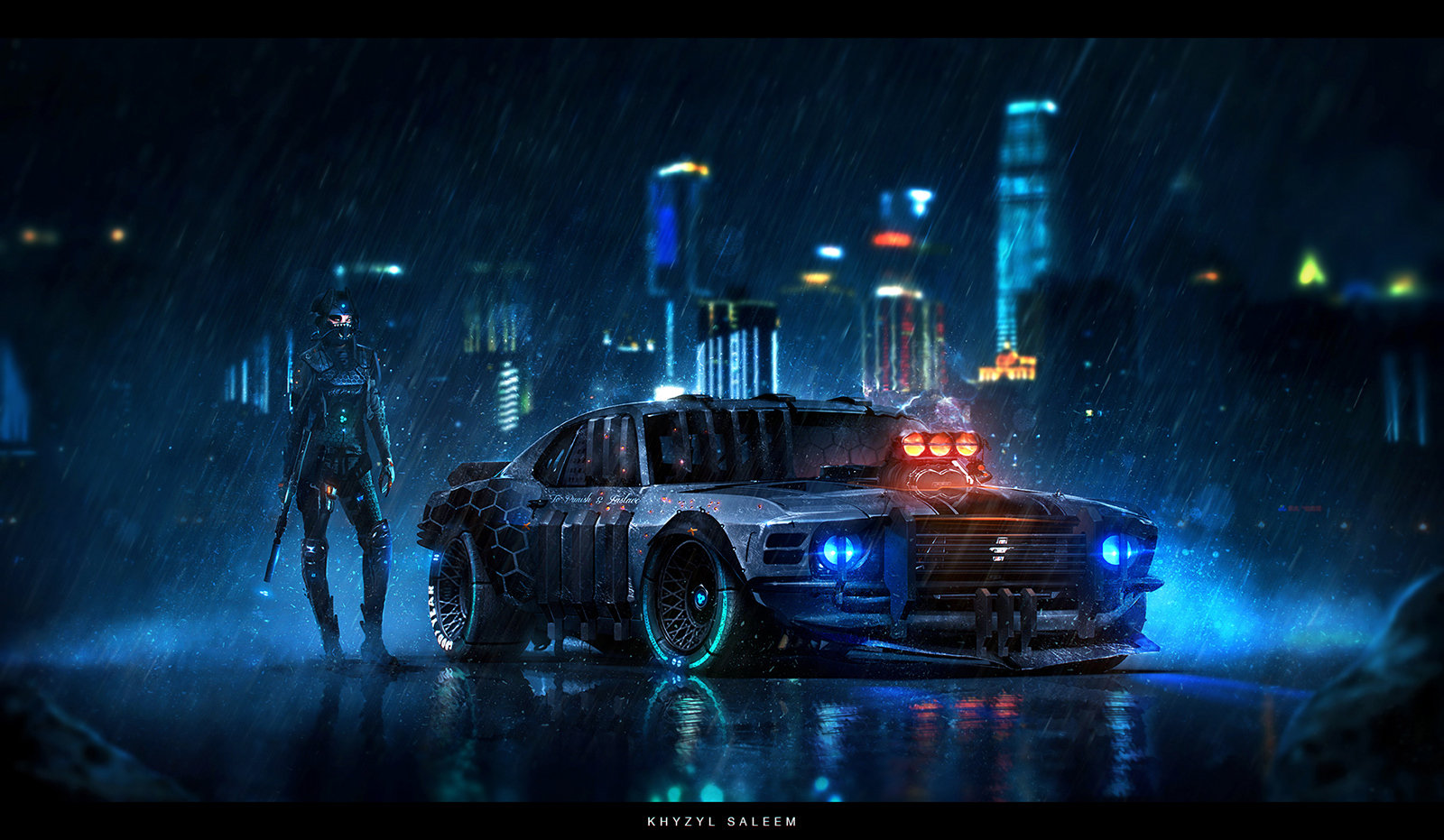