Intel wants to sell this $495 smart cuff to women

A high-fashion device with low-tech capabilities

At a press event today, Intel fully unveiled the luxury wearable device for fashion-forward women that it’s been teasing since January called "My Intelligent Communication Accessory," or MICA. It’s a result of a collaboration with fashion brand Opening Ceremony, and the two companies believe that the device can solve the problems they discovered in their research women had, like fumbling for phones during meetings or needing extra space to store one when planning a night out.

The $495 smart cuff lets users receive, dismiss, and quick-reply to text messages, email, and Facebook or Google notifications — but it won’t do it via Bluetooth like many other wearable devices. Instead, it works independently of the user’s smartphone thanks to its own connectivity with AT&T’s 3G network, and a two-year data plan is included in the price tag (though you're on your own after that). That also means users will have to manage being reachable at a second phone number, but that's something that both Opening Ceremony and Intel claimed is a desired solution for the "women on the go" that they're targeting. In those respects, the MICA is comparable to will.i.am's Puls smartwatch, except instead of trying to make a high-end device that everyone desires, Intel and Opening Ceremony are aiming at this very specific demographic.

MICA serves up notifications via AT&T's 3G network — not Bluetooth 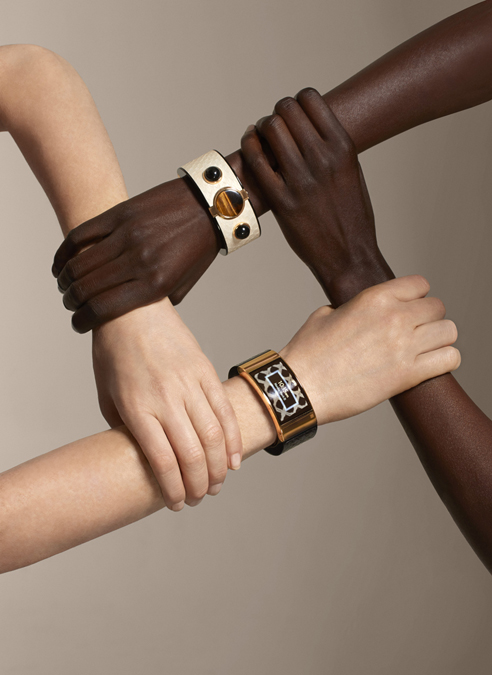 In addition to those basic notifications, the MICA also offers intelligent reminders — or as Intel calls them, "Time to Go" reminders — generated by technology from TomTom and Intel. With these, it uses location data to adjust the time required for the user to get to events and appointments automatically. Location data also works with Yelp, which can serve up ratings and reviews based on what is nearby, or let MICA wearers perform local searches. It does all of this with up to two days of battery life, and the device is charged by a micro-USB connection which is hidden in the clasp.

The high-fashion device will come in two 18-karat gold-coated styles — one with black water snake skin, Chinese pearls and lapis stones from Madagascar, and the other features whitewater snake skin with South African tiger’s eye and Russian obsidian. All of this surrounds a 1.6-inch, 256 x 160 OLED display made with curved sapphire glass, which is where users will interact with MICA.

The software of the MICA is built on a custom version of Linux, which means that companies would have to consider developing for yet another platform if they wish to reach this market. For Intel, that's something they believe the parties involved are committed to. "We are already thinking about adding a couple of different features and functionalities because it can be updated over the top," Ildeniz told me. During the panel discussion she likened it to the way that Intel treats its Edison chip as a platform for the "Internet of things" as opposed to a commercial product. 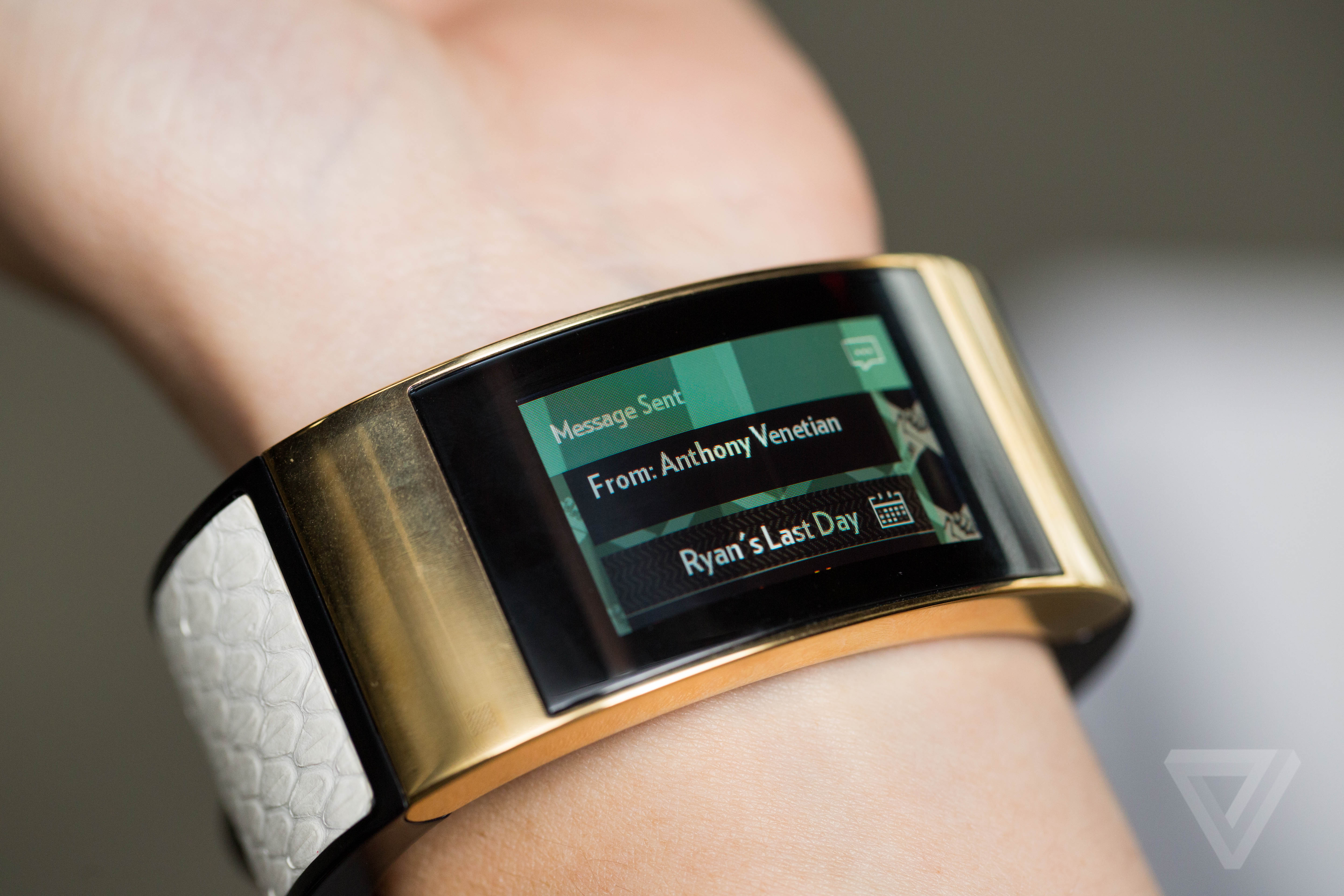 The stylish device is certainly unique, but also marks the newest result of what is becoming a long list of collaborations between fashion designers and tech companies. From Google partnering with Diane von Furstenberg for a line of fashion-forward versions of Google Glass, to Apple hiring Marc Newson, hardware makers have begun to embrace the idea that the utilitarian devices they’re creating often need a little outside help when it comes to making them approachable.

In the end, Intel and Opening Ceremony believe they have obfuscated the trouble of marketing actual smartwatches to this demographic of fashion-forward women who are looking to stay connected by creating a device specifically for them. Considering they were able to keep the price relatively low ($495 is practically an impulse buy when it comes to high-fashion items), they might find limited success.

The MICA will be available in the United States in early December at select Barneys locations, the New York and Los Angeles Opening Ceremony stores, and online at Barneys.com or Openingceremony.us.