Apps are no longer labeled as 'Free' in the App Store

Apps are no longer labeled as 'Free' in the App Store

Eagle-eyed Apple customers noticed a small change in the App Store today; where Apple once touted apps with no immediate cost as "FREE," customers are now being made to tap a "GET" button. The new language shows up throughout the different sections of the mobile and desktop versions of the App Store and is the same whether or not an application allows in-app purchases. 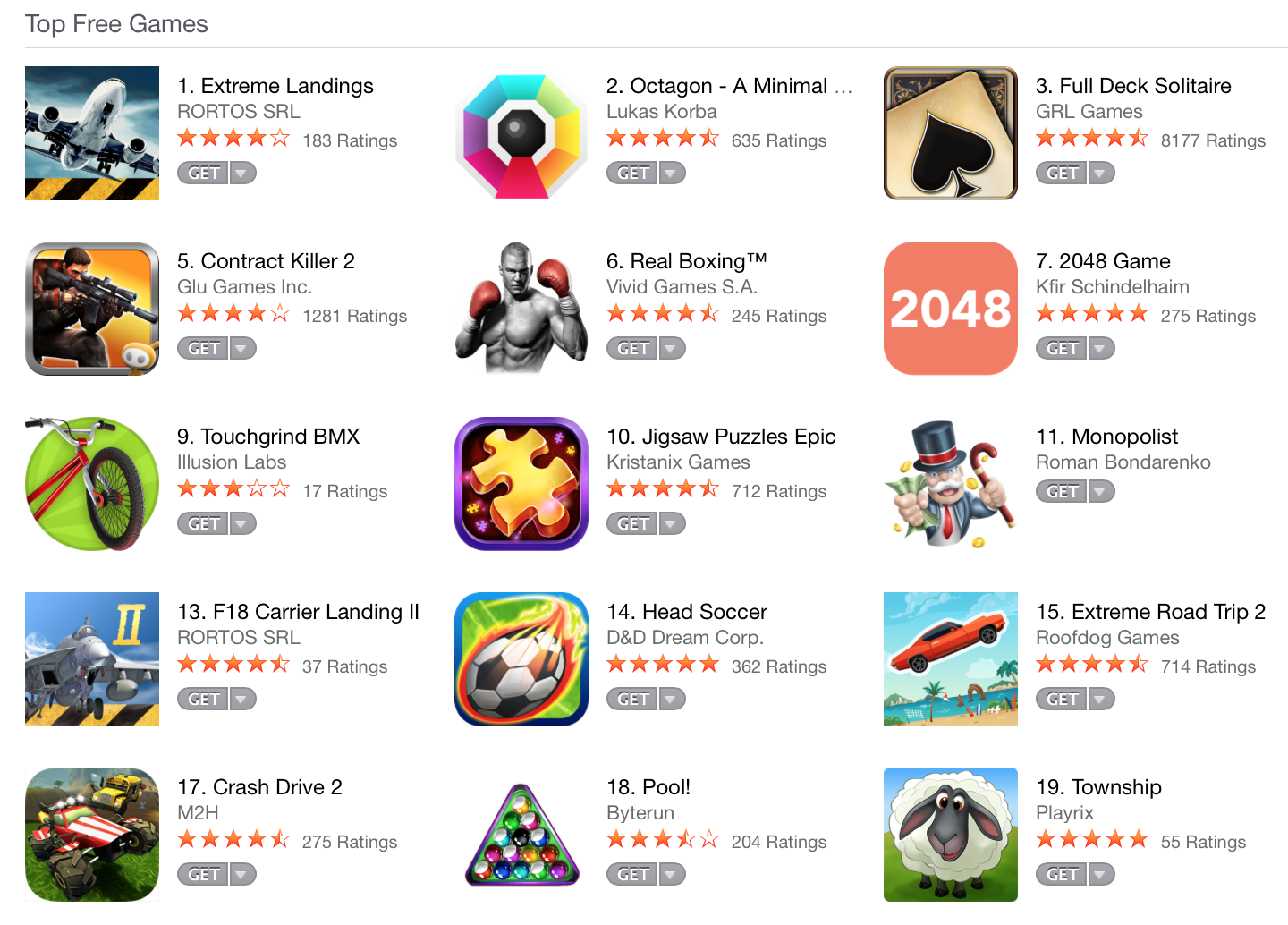 The move is similar to the small language and behavior tweaks other mobile platforms have made to their mobile stores in the last year in the face of increasing pressure from the likes of the European Union and the Federal Trade Commission. Removing the word free from their respective app stores was one of many suggestions made by the European Union in guidelines it proposed back in September, but at the time it was unclear if Apple or Google would carry those changes over to the United States. At the time of publishing this article, Google still uses the word free throughout its Play Store.

In March, Google added an option to its Play Store that allowed users to enable a password requirement for every in-app purchase, and even if they don't enable this setting, the company has also tweaked the default amount of time it takes for the store to automatically ask for one. Even with these changes in mind, both Apple and Google have already settled with the FTC in the United States to the tune of millions of dollars each thanks to complaints from consumers over the misleading ease of in-app purchases. Amazon refused its own FTC-proposed settlement, stating that the company was ready to fight the commission's claims in court. It's a popular topic that means a lot to consumers, so much so that it keeps finding its way into pop culture. "Freemium" apps were the target of the week for one of this season's South Park episodes, and as we learned this week, even Sex Pistols singer John Lydon has trouble resisting the power of tapping-to-buy.