This is how you make phones work 100 feet underground

Anytime your phone signal briefly drops, it's annoying — even if it happens somewhere as technically challenging as Lincoln Tunnel, which connects New Jersey to Manhattan. Never mind the fact that you are, at any given moment along its 1.5-mile stretch, surrounded by 21-ton rings of iron and submerged close to 100 feet below the Hudson River: not being able to post a tweet or text a friend in one spot is enough to forget that it was possible just a few feet ago. So what exactly makes it possible?

Last week, AT&T and the Port Authority of New York & New Jersey brought me down into the center tube of the Lincoln Tunnel with a group of local journalists to answer that question in detail. Simply put, you can tweet from the tunnel thanks to a forward-thinking technological plan that was put in place 20 years ago. 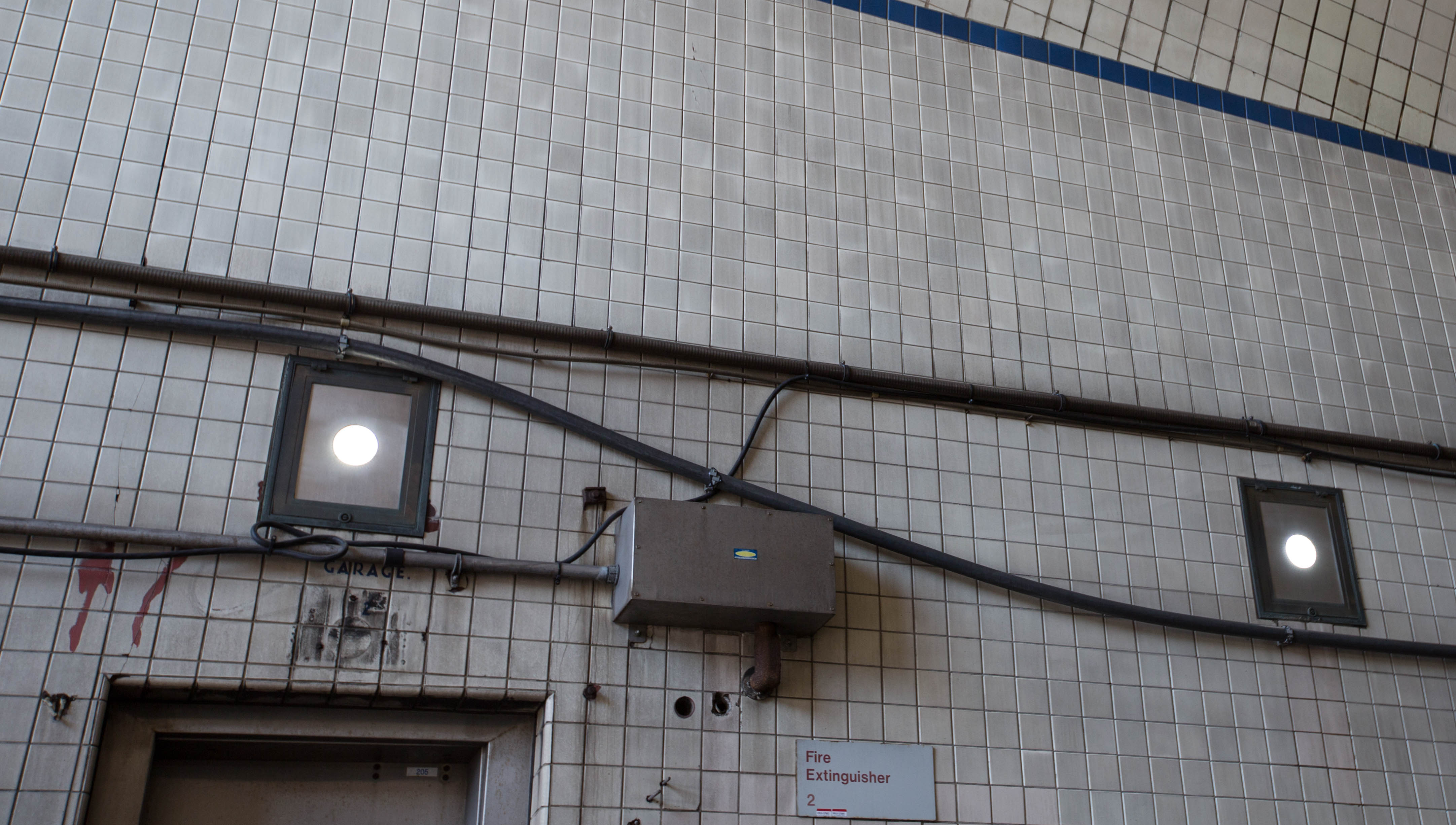 Back then, the Port Authority of New York & New Jersey wanted to help extend the cellular service that AT&T had built out along the nation’s highways. Through a lengthy series of overnight tunnel closures, the two sides worked to install a service called "leaky coax," which was used at the time around the country by police and fire departments to relay communications in places where antenna-boosted signals would have trouble with fidelity. It consists of cables that run the full 8,000 feet of each of the three tunnels. The idea gets its name from the fact that the cables have holes in them that literally "leak" the cellular signal into the tunnel.

It's not a perfect system

It's not perfect, though. "It’s not very efficient. We use very low-power systems, so the loss over the cables was a real challenge," AT&T's Director of Radio Technology Carl Busseno said as we walked around the inside of the tunnel. "So what we had to do is we had to actually break the system up into four quadrants within the tunnel itself."

To do this, AT&T installed base stations in both the New Jersey- and New York-side ventilation buildings, which were built above the tunnel to act as exhausts while pumping fresh air in. These stations combine with antennae outside both ends to split the 8,000 feet into 2,000-foot sections — a length that makes the signal loss much more manageable.

Why not just use regular antennae throughout the tunnel? The immediate reason was space — AT&T was told that if they installed antennae along the walls of each of the three tunnels, they would likely be knocked off by the machines the Port Authority uses to clean the tunnel's walls. The long-term reason, though, was it would have forced a massive upkeep effort.

"If we had put separate antennae in, we would have had to keep upgrading. But the leaky coax allows you to use any technology over it," said Carl Busseno. "Now as we upgrade the network it’s all done in the base station. The leaky coax stays the same." In other words, the 20-year-old plan idea has easily scaled over the years, and the same infrastructure that once supported the earliest cell phones can now support 3G, 4G, and soon enough, LTE signals.

While this technology has quietly benefitted travelers and tri-state residents for two decades, it also has near-future implications — it’s likely going to be one of the ways that cellular service makes it into New York City’s subway system. According to Busseno, the plan is to use antennae along the straighter sections of the subway, essentially blasting the signals from platform to platform until they overlap enough to cover the whole tunnel. But that solution is too unidirectional to cover the ones that curve; that's where leaky coax comes into play.

There are lots of things in New York City that leak; most are bad. This is the rare exception.

The leaky coax runs 8,000 linear feet along the length of each of the Lincoln Tunnel's tubes.
Most Popular
From our sponsor
Advertiser Content From