Jakub Rebelka's work is like a cross between a stained-glass window and a colorful manga — it's timeless, in a way, with a flat, intricately detailed style, but it also blurs the line between science fiction and fantasy in a way that's absolutely gorgeous. Drawing is about the only thing he ever imagined doing; Rebelka's illustrations have been featured in comic books and video games, but he says his favorite piece is whatever he's working on at the moment.

"I am experiencing my illustrations only while creating them," he explains, "after I forget about it."

Growing up in Poland, Rebelka drew inspiration from a huge range of sources, everyone from iconic French comic artist Moebius to Akira artist Katsuhiro Otomo to Polish painter Stanislaw Szukalski. But the big names weren't the most important influence on his career. "My father is an amazing artist," says Rebelka, "he taught me all."

This broad range of influences has led to a distinct look, one that jumps between different styles at ease; his work can feel like a classic painting by way of Japanese and French comic artists. Like many artists, he uses a combination of real world techniques — in his case, acrylic paints and water colors — in addition to digital tools like Photoshop. His late night illustration sessions are fueled primarily by music and audiobooks. "I spend a lot of time behind the desk drawing," he says.

Outside of comics, Rebelka's work has also been featured in several video games, which includes contributing to animated sequences featured in games like the fantasy RPG The Witcher 2 and strategy game Anomaly 2. But he doesn't have grand aspirations of building his own games or movies. Instead, it's the intimate relationship with a comic writer he prefers.

"Working close with only one person allows you to create something exceptional," he says. "It is like creating jewelry." 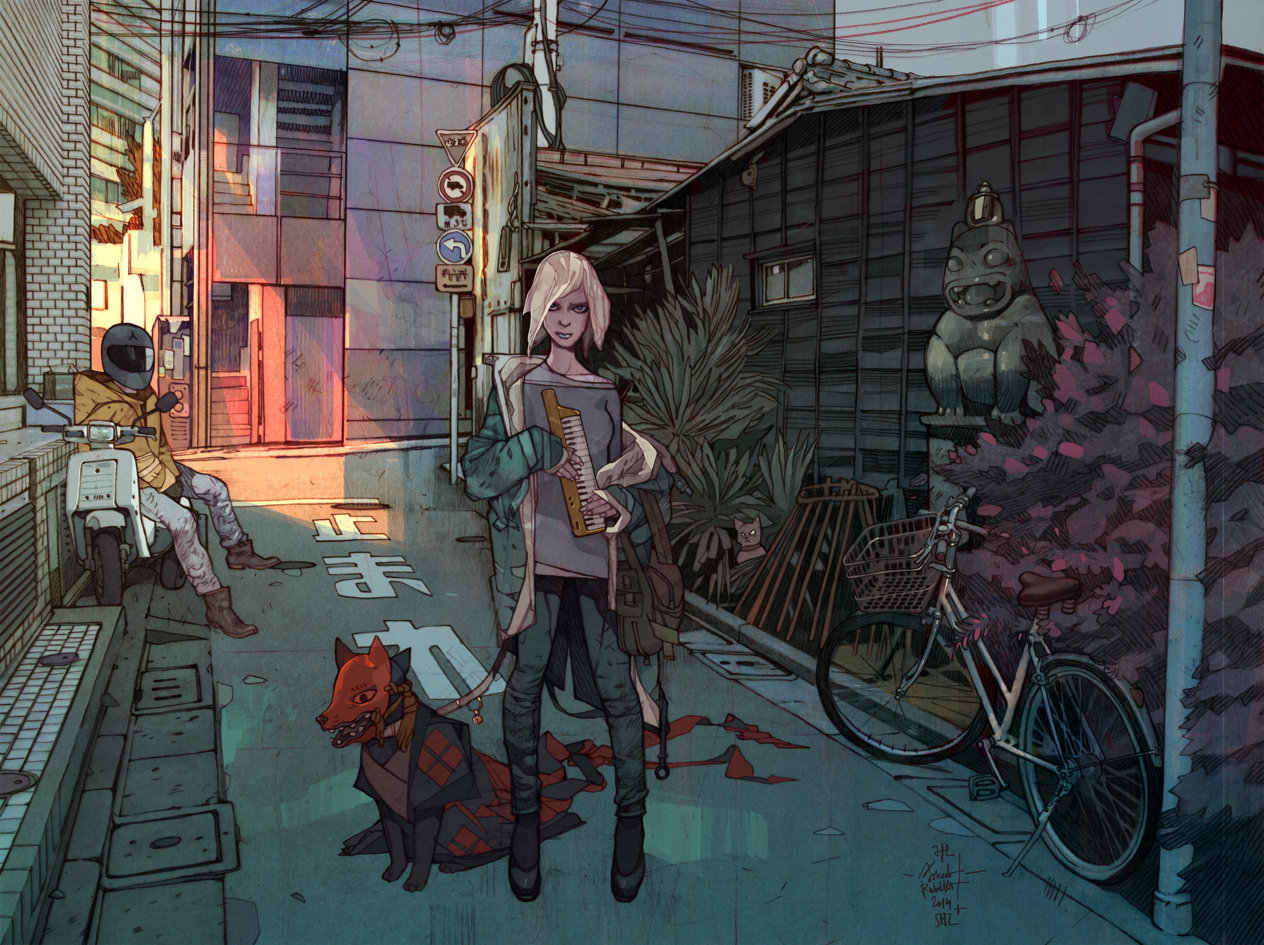 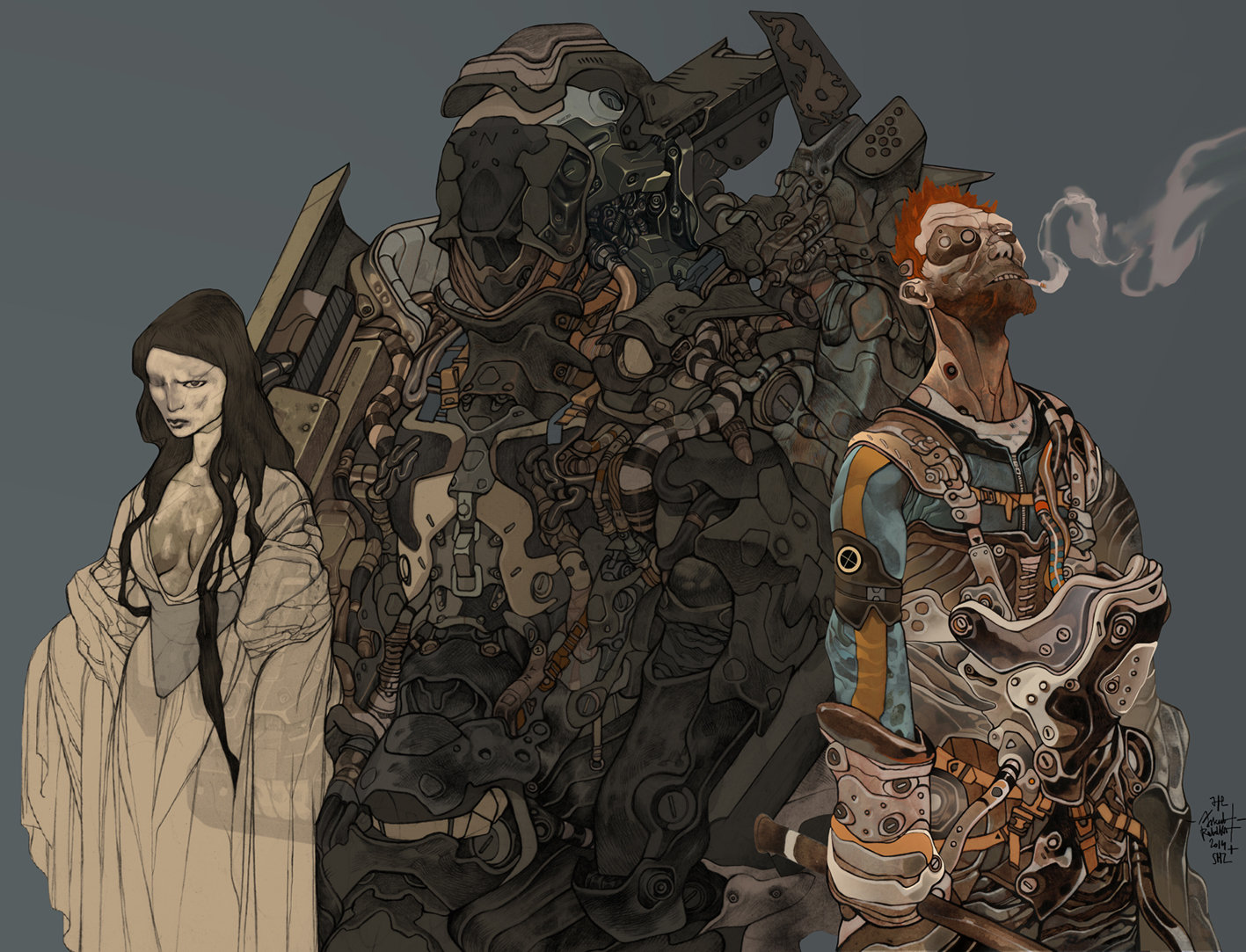 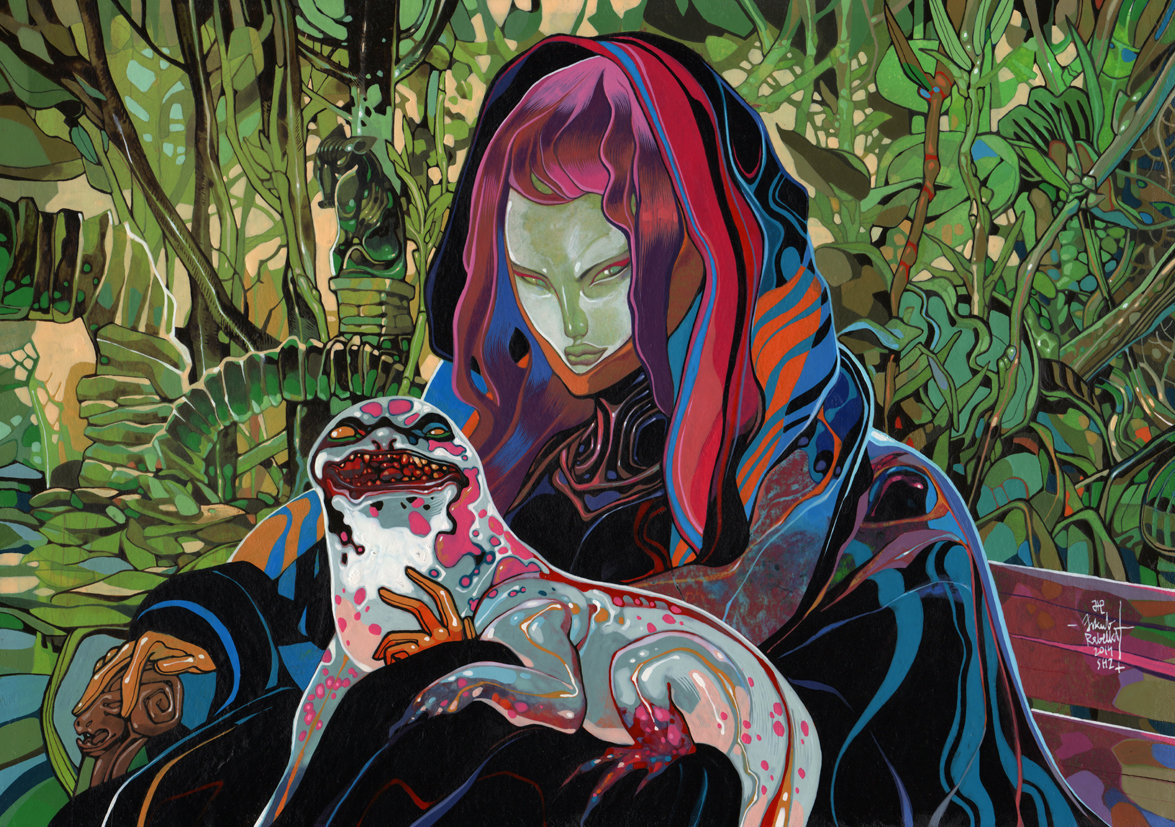 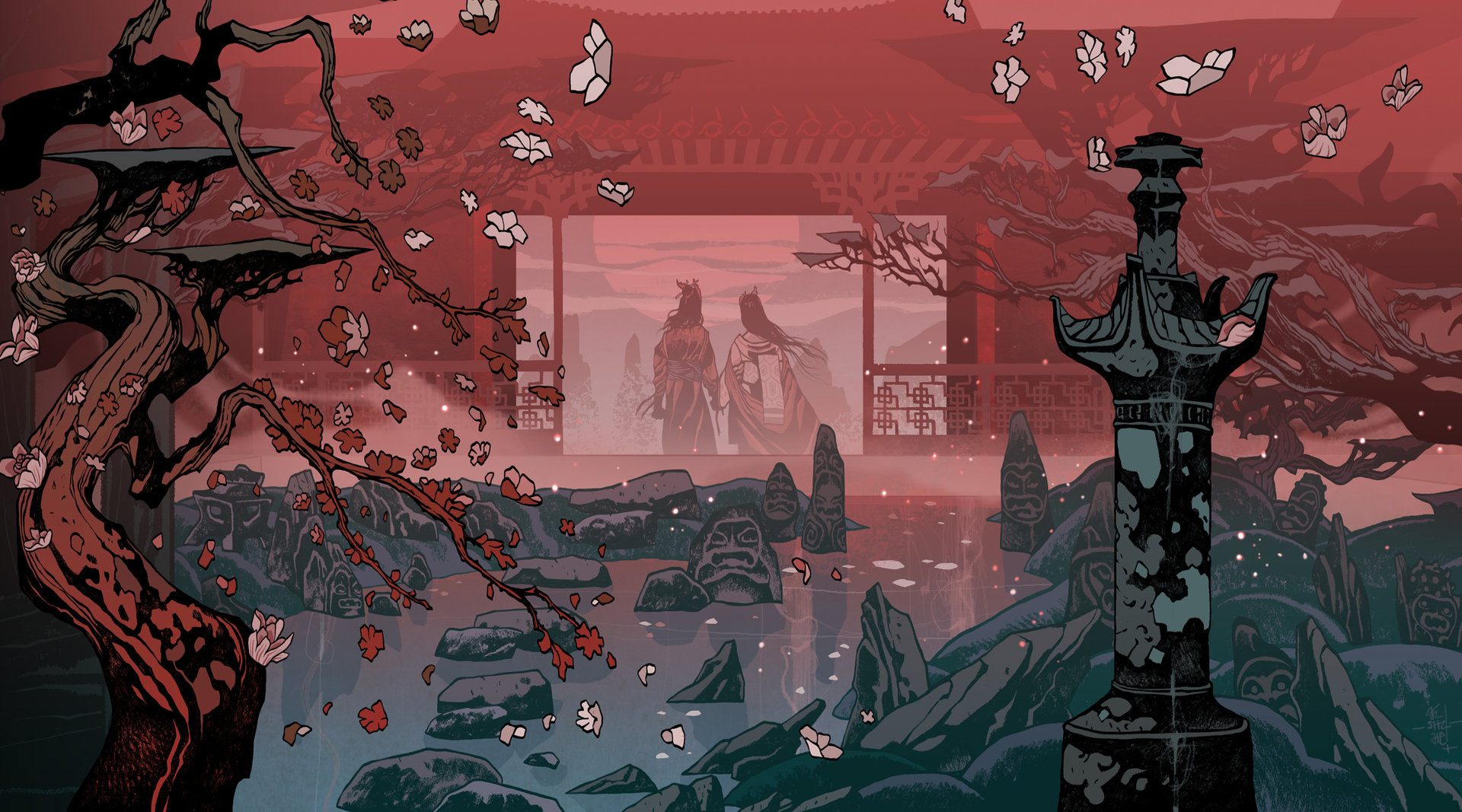 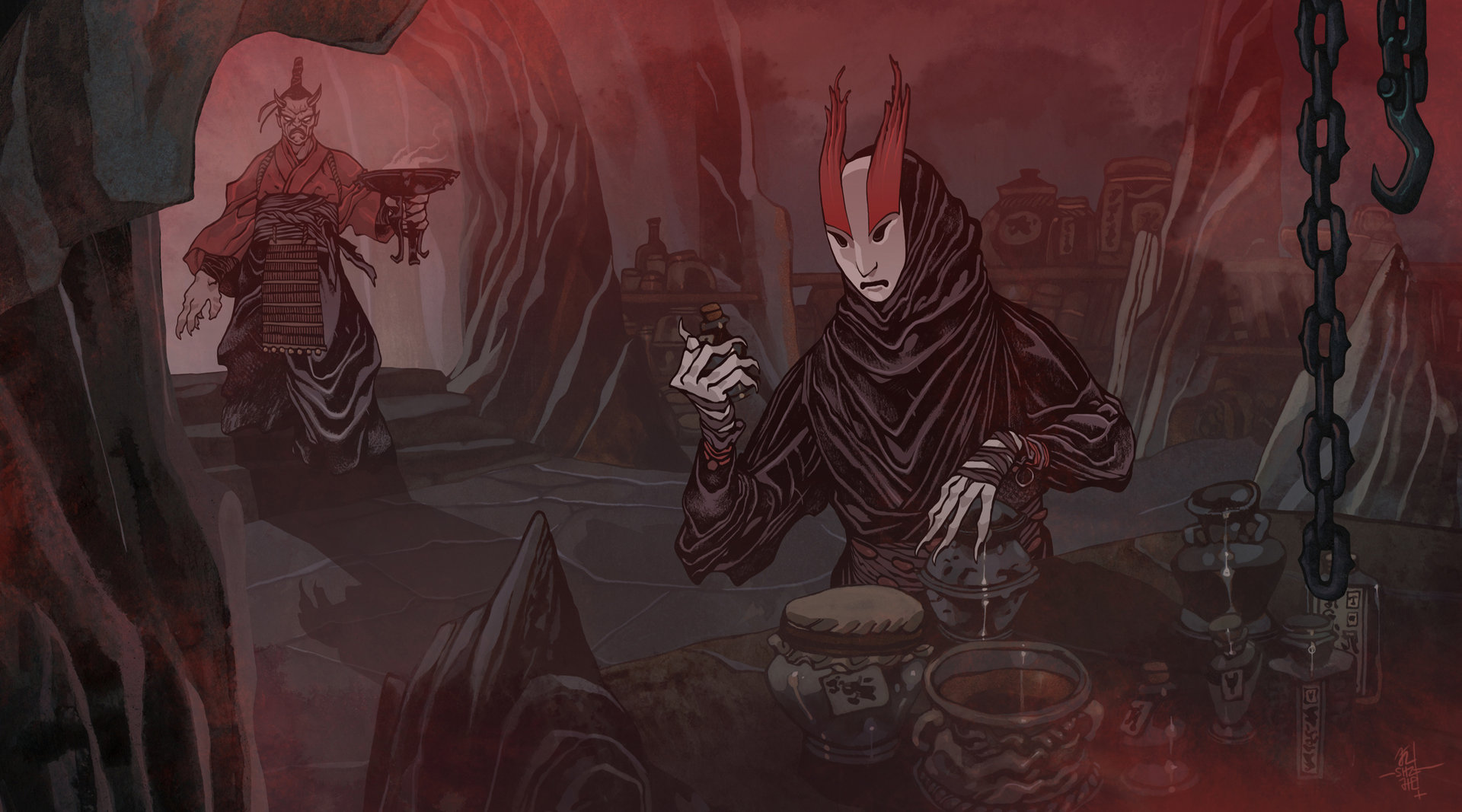 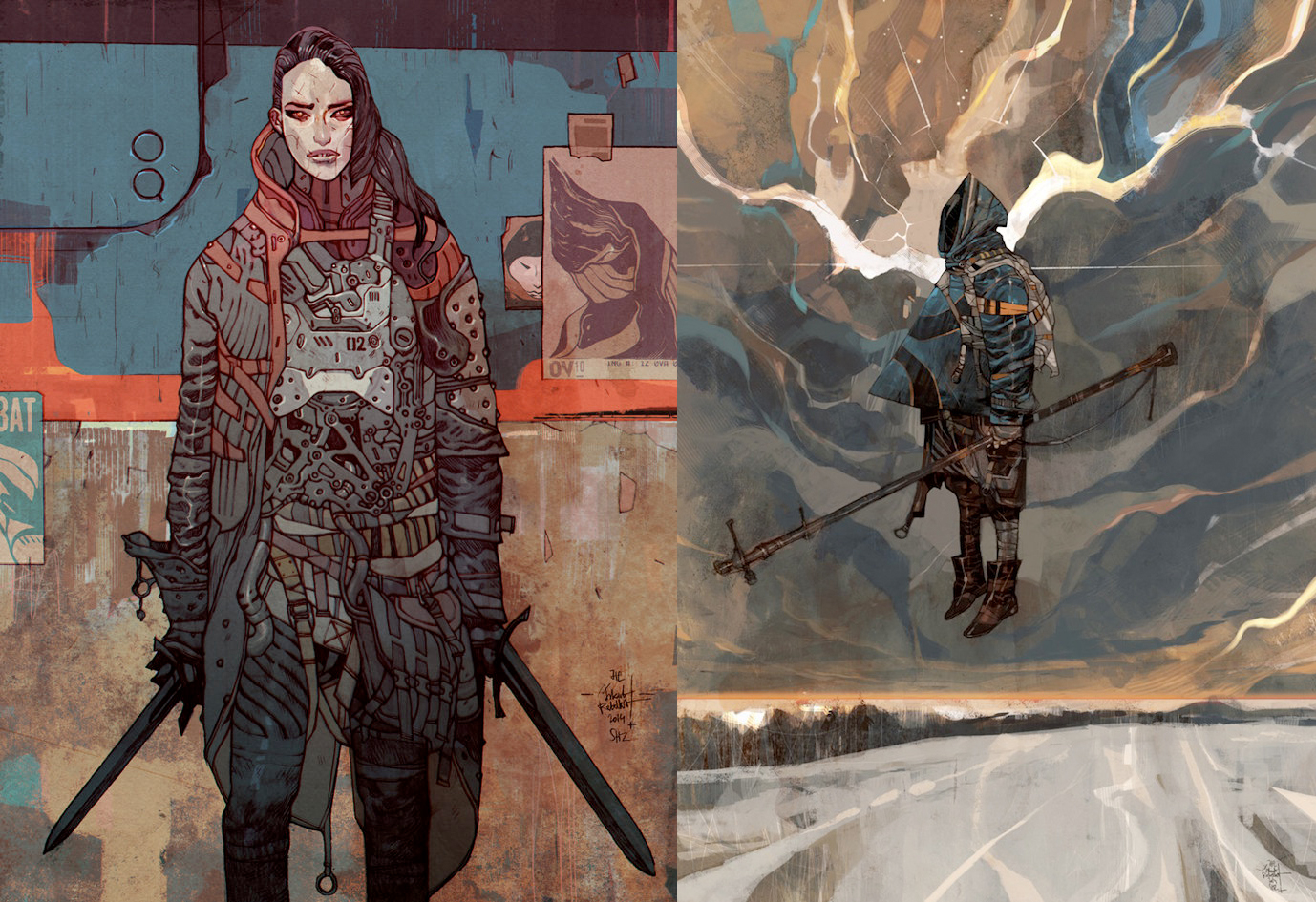 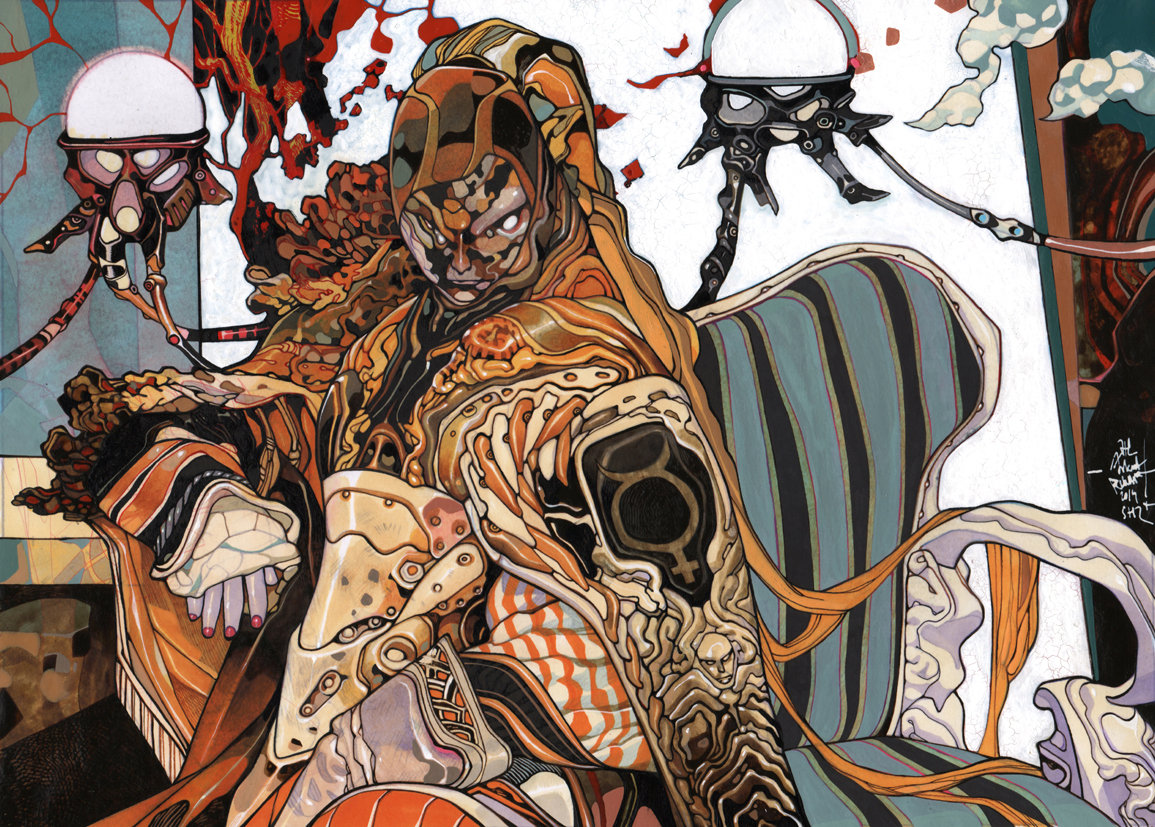