Drummer is a beautiful, minimal drum machine for iPhone

Drummer is a beautiful, minimal drum machine for iPhone

"The world of pro audio gear has not yet been hit by the tidal wave of the internet, nor by the….. earthquake of good design," howls Jake Lodwick. He’s the effervescent, manchild co-founder of Vimeo, and more recently of Elepath, a software development company based out of New York City’s hip Williamsburg neighborhood. For the last few months, Lodwick has been working on Drummer, a drum machine app for iPhone. The free app launches today.

When you open Drummer, you’re presented with two colored circles representing your first two drum tracks. Tap one, and you’re zoomed into a conventional "four bars" view of when different drum beats will hit. But you don’t need to understand bars to understand Drummer. Tap play, tap some circles, and listen. Then tap some more circles, or swipe downward on a column to generate an easy downbeat. You can swipe between different drum instruments, create a few more drum tracks, and alter beats-per-minute. Before you know it, you’re jamming.

Drummer is incredibly responsive, and is truly the simplest drumkit app I’ve ever used. Drummer comes with its own limitations, of course — it’s no LinnDrum — but that’s all part of the plan. Drummer was conceived of and designed by Pasquale D’Silva, who launched beatboxing app Keezy last year. The two apps together form the foundation of what D’Silva and Lodwick say is a new generation of music applications that anybody can use — a new generation of apps that make producing music as fun as shooting an Instagram photo. But even Keezy had a learning curve. Perhaps only folks like Reggie Watts could quickly whip up something great. So Drummer was made to be even more accessible.

D’Silva, an avid musician and artist since childhood, built the app he always wanted to use to capture beats beating in the back of his head. That’s what Drummer is for, he says — to capture a sound in your brain the way you might capture a photo of what you’re seeing. But until now, only a few tools existed to help people quickly capture sonic ideas. "Why is photography so ubiquitous?" asks Lodwick. "Now, everyone takes pictures every day even if they can’t really take photos. It’s because of the software." 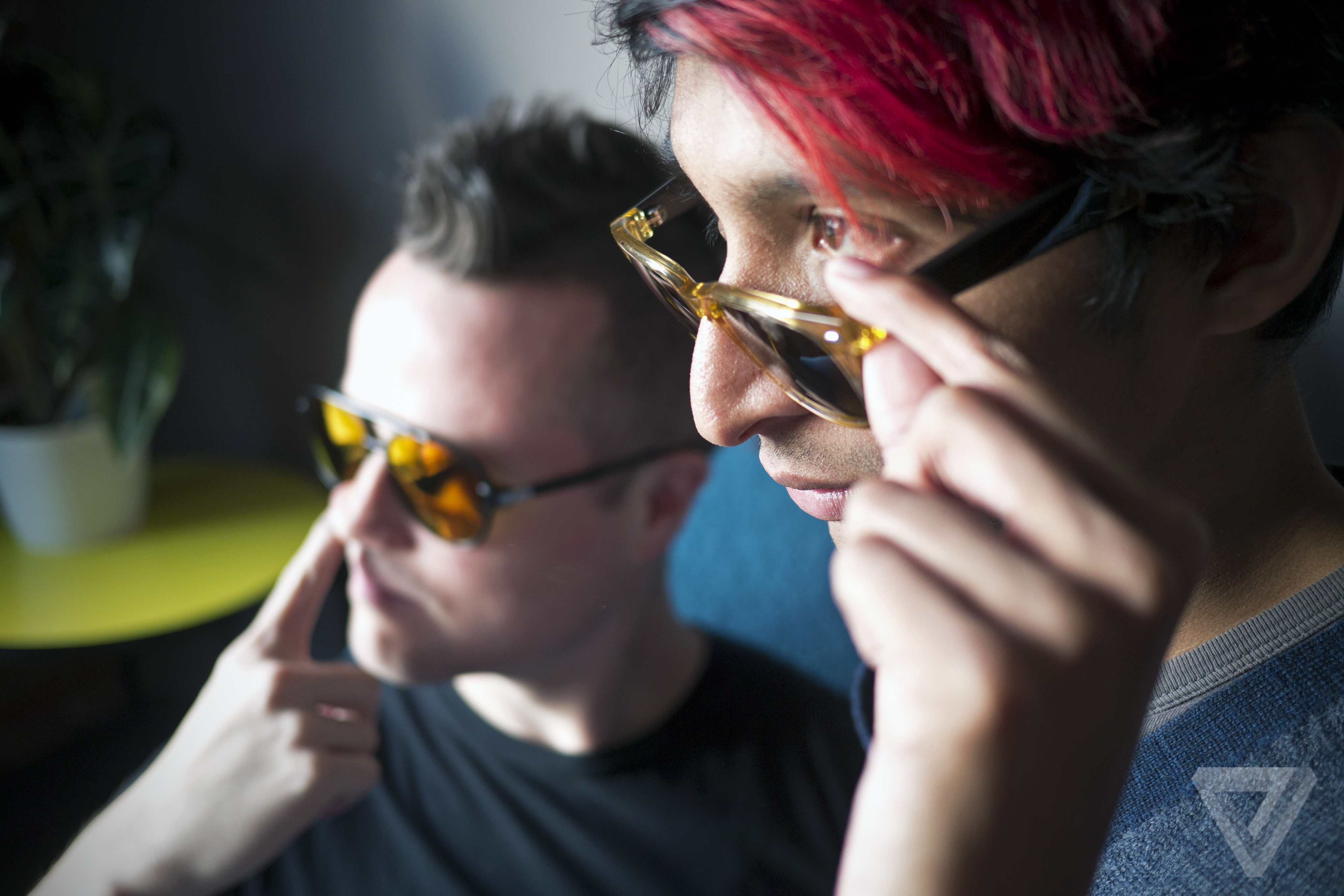 To the duo, Keezy and Drummer are as much about deconditioning people from their traditional perceptions of musical instruments, as it is about helping people create music. "The feeling of being too dumb to make music is my mortal enemy," says Lodwick as he shows me a Roland TR8 music machine. "This thing has 75 modes, 32 patterns, 168 swing variations. I can make any beat in the world, but within a few seconds you have your first ‘what the fuck?’ moment. It’s the opposite of an a-ha moment." This barrier prevents the majority of people from ever even considering making music, he says. Obviously, there’s a place for pro tools and consumer tools, but Lodwick and D’Silva are convinced that the consumer segment doesn’t yet exist for music machines. Well, there are several excellent music-making apps for smartphones, like Figure, but none approach Drummer’s sheer simplicity. And none are as fun to play with in the first minute of trying it out.

"The feeling of being too dumb to make music is my mortal enemy."

The duo think connectivity could be the app’s real killer feature, and could elevate beat-making from quick diversion to a foundation for a SoundCloud-esque social network for music-thoughts. You can’t share Drummer beats to the web just yet, but D’Silva and Lodwick have already built the backbone for such a feature. Drummer, with its vibrant group of colors and sounds, abstracts a lot of the messy stuff about drum machines. "You shouldn't have to start with theory. You should start with the sound, and you should start with how it feels," says D'Silva. Give Drummer a try, and you might feel it too.