For years, Apple’s iPad has set the bar for tablets. If you are making a tablet, the iPad is what you’ll be judged against and ultimately compete with. In light of this, Google has traditionally worked around Apple’s tablets: the small and cheap Nexus 7 carved out a niche for itself by filling a need Apple’s tablets didn’t.

Now small and cheap tablets are ubiquitous and Google doesn’t need to show other manufacturers how it’s done anymore. So for its new Nexus 9, Google took a different approach: it went straight for the iPad. The Nexus 9 starts at $399, has a display with the same resolution and aspect ratio as Apple’s tablets, and is made of more premium materials (read: metal). It also has a new, powerful Nvidia processor (the first 64-bit chip in an Android device), lots of RAM, and the latest and greatest Android software from Google.

With the Nexus 9, Google is putting forth its best effort to beat or match the iPad. But unfortunately, the Nexus 9 doesn’t beat the iPad in anything. And in many places, it doesn’t even keep up. 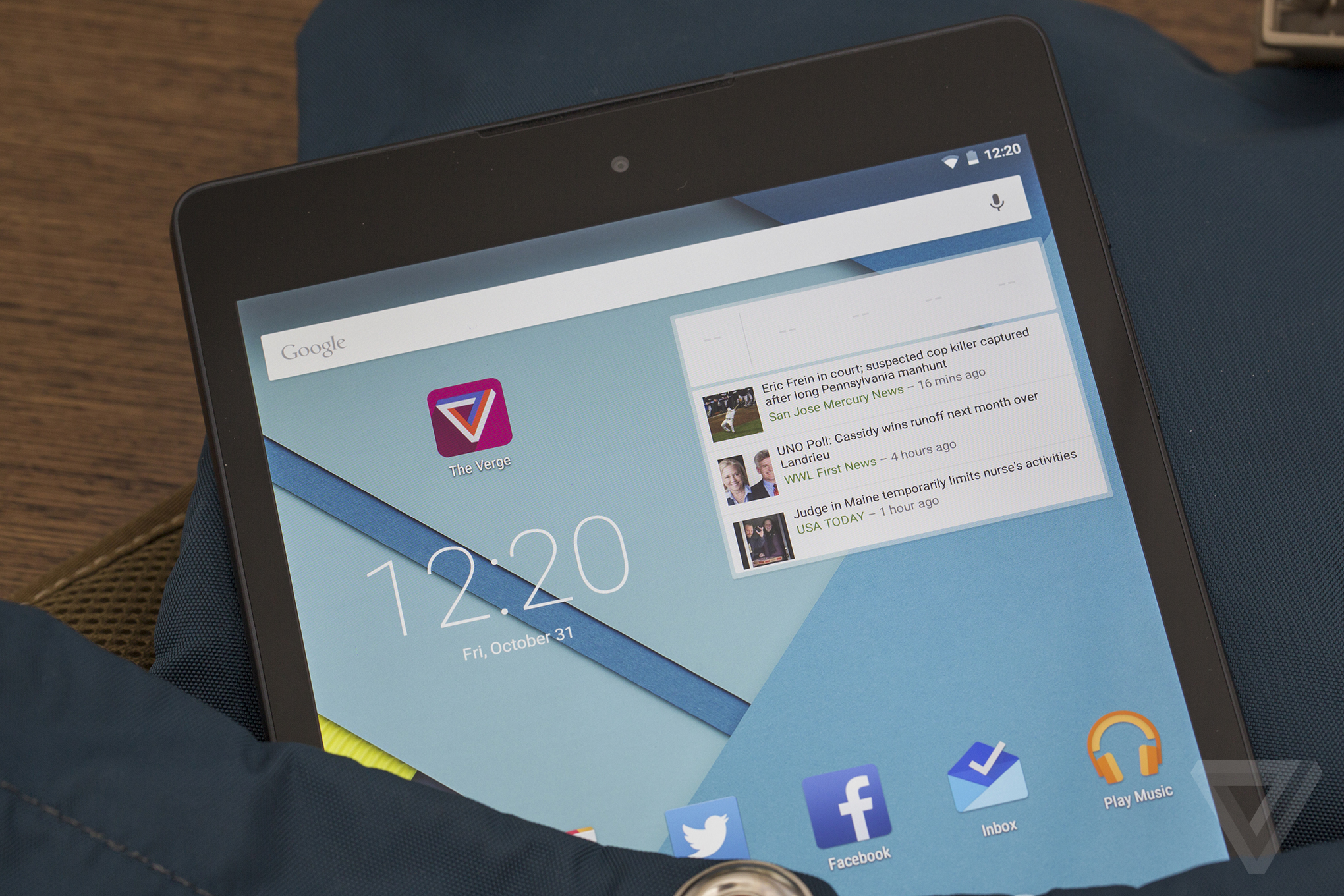 The Nexus 9’s design is at the same time reminiscent of Apple’s tablets and Google’s own Nexus 5 smartphone. Its 8.9-inch, 2048 x 1536, 4:3 ratio display sits right between the iPad Air 2 and mini 3 in terms of size, but with the same number of pixels and aspect ratio. You’ll see bars above and below video in landscape because it's not 16:9 or 16:10, but the Nexus 9 is so much better than Google's old tablets for reading and browsing the web in portrait that the tradeoff is well worth it.

The Nexus 9’s display might have the same resolution and aspect ratio as the iPad, but it’s not nearly as nice a screen. Colors aren’t as vibrant or appealing, the screen isn’t laminated to the glass as on the iPad Air 2, and the backlight bleeds into the edges of the screen in unsightly ways. It's not a bad display by any means, but it feels appropriate for a $250 tablet, not something that starts at $400. 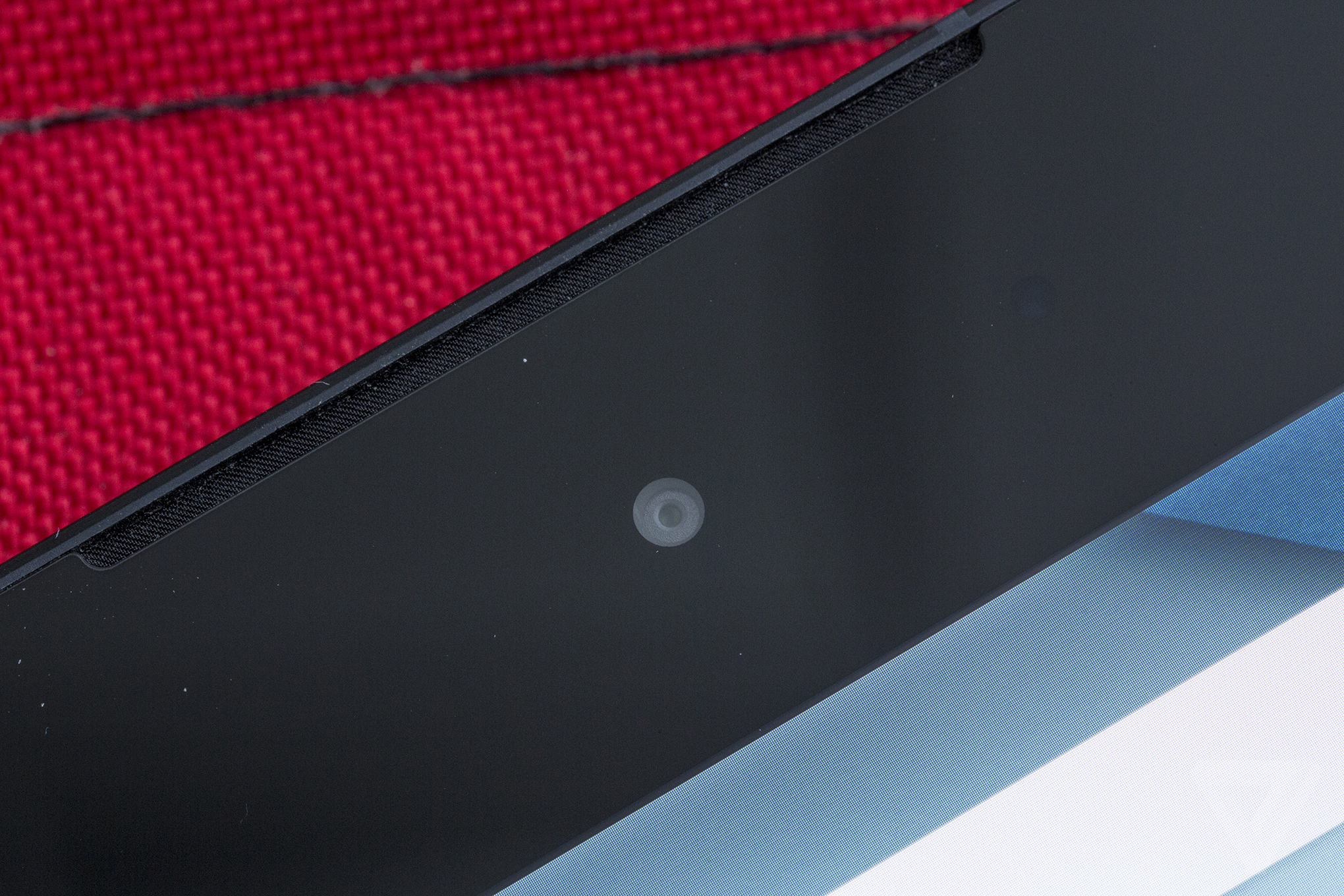 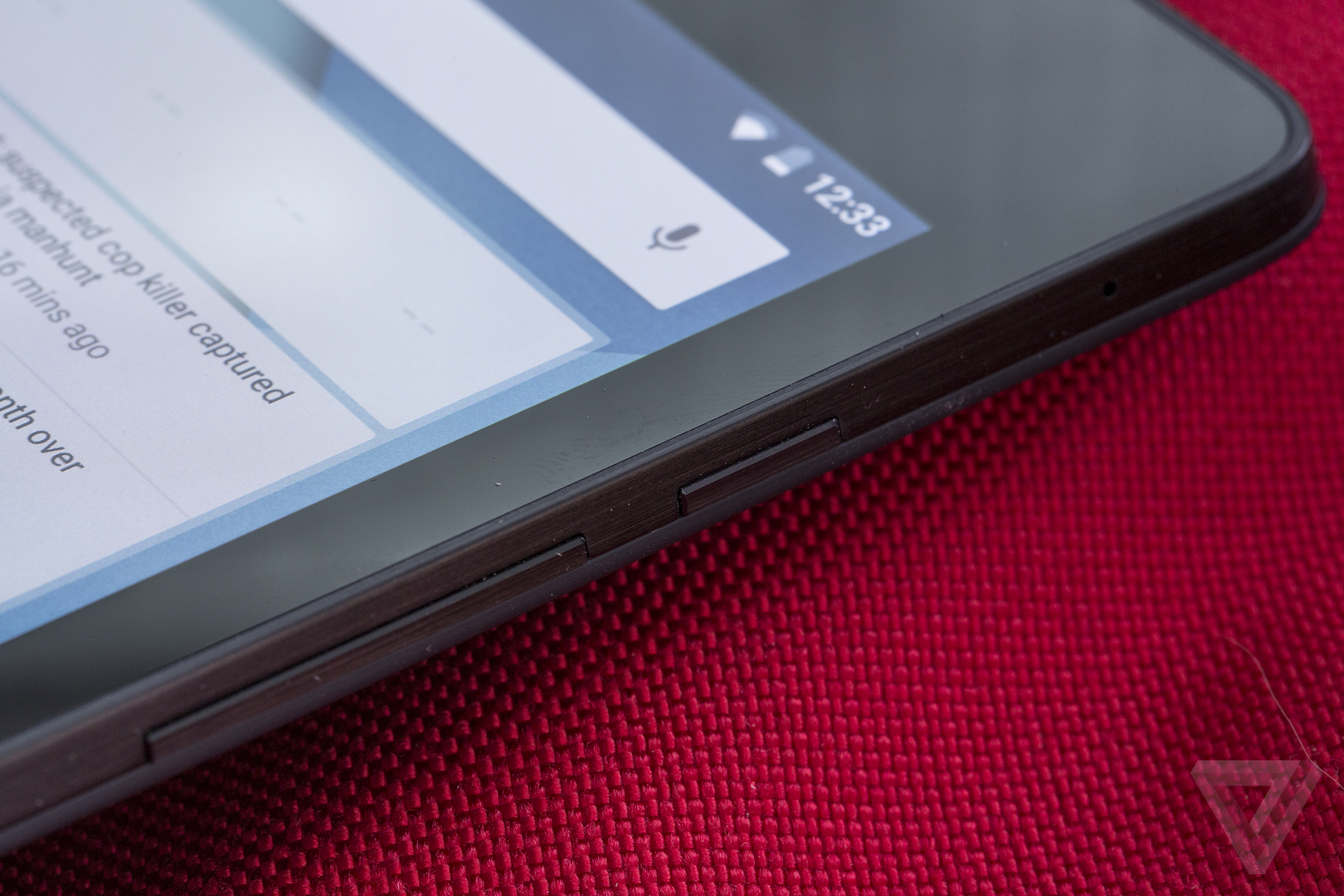 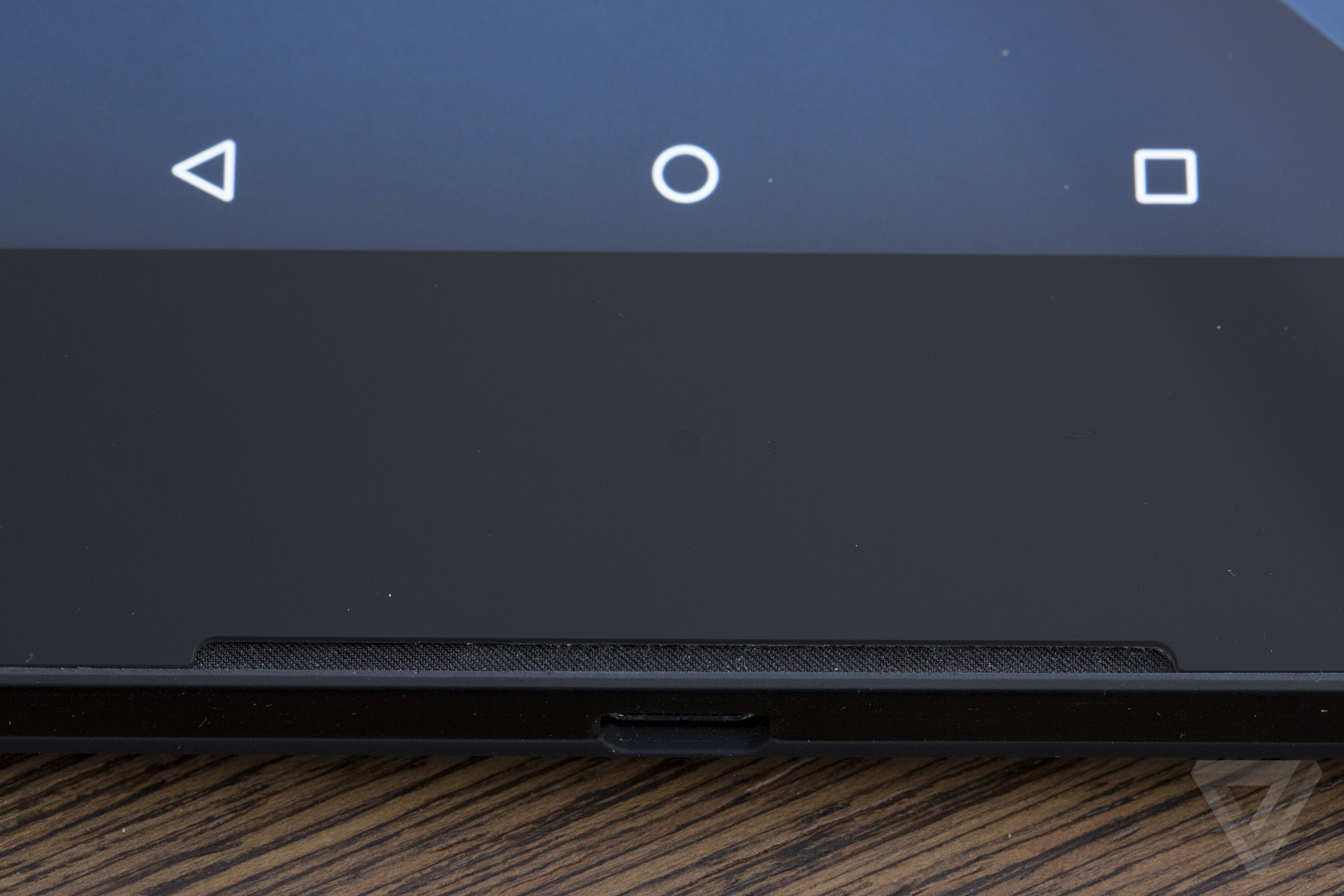 Google commissioned HTC to build the Nexus 9, but it looks so similar to last year’s LG-made Nexus 5 that it’s very clear Google led the design direction here. The back of the tablet looks exactly like the back of a Nexus 5, only bigger, and the soft touch finish on my black review unit is virtually identical to the 5’s finish. HTC’s influence can be seen in the metal sides of the 9, though they look identical to the plastic sides of the Nexus 5.

In terms of size, the Nexus 9 sits right between the iPad mini and iPad Air, but it’s no more portable than the Air, despite having a smaller display. It’s slightly shorter, slightly narrower, and slightly thicker than Apple’s flagship, but takes up the same practical space in my shoulder bag (and doesn’t fit in the pockets of any piece of clothing I own). It’s virtually the same weight as the Air 2 and noticeably heavier than the mini 2 or 3, so it can be tiring to hold in one hand for long periods of time. Given that the Nexus 9 doesn’t offer any apparent physical size advantages over the Air 2, I’d rather have the iPad’s larger display than the 9’s jack-of-all-trades compromise.

Despite HTC’s manufacturing pedigree, there are many places where it feels like corners were cut on the Nexus 9. The power button and volume rockers feel low-rent and mushy and are too flush with the body. The plastic rear doesn’t hold a candle to the metal finishes Apple uses on the iPad, and there are flexes and loose panels on more than one of our review units. All of that would be excusable on a low-cost tablet like the Nexus 7, but the Nexus 9 costs as much or more than a competing iPad.

On a positive note, the Nexus 9’s front-facing speakers are loud and sound great. I wish every smartphone and tablet had front-facing speakers, it’s just such a smart design decision. The speakers do get covered by my thumbs when I hold the Nexus 9 in landscape, but that didn’t affect the volume or sound quality in meaningful ways. If there’s one thing Apple could learn from the Nexus 9, it’s that speakers belong on the front of a tablet.

The 9’s 8-megapixel rear camera and flash is par for the course for tablet cameras (i.e. not great and won’t beat a good smartphone), but more annoying is how slow it is to focus and take a photo. The front 1.6-megapixel camera is fine for what it’s designed to do: take selfies and do video chats.

I wish every smartphone and tablet had the Nexus 9's speakers

Google is selling a couple of official cases to go along with the Nexus 9, including a $129 keyboard folio (with a dedicated emoji key) that’s similar to the keyboard Microsoft offers for the Surface. Unfortunately, Google wasn’t able to provide a keyboard to me in time for this review (and it’s not yet available for preorder or purchase), so I will have to provide an update once I’ve spent some time with it. 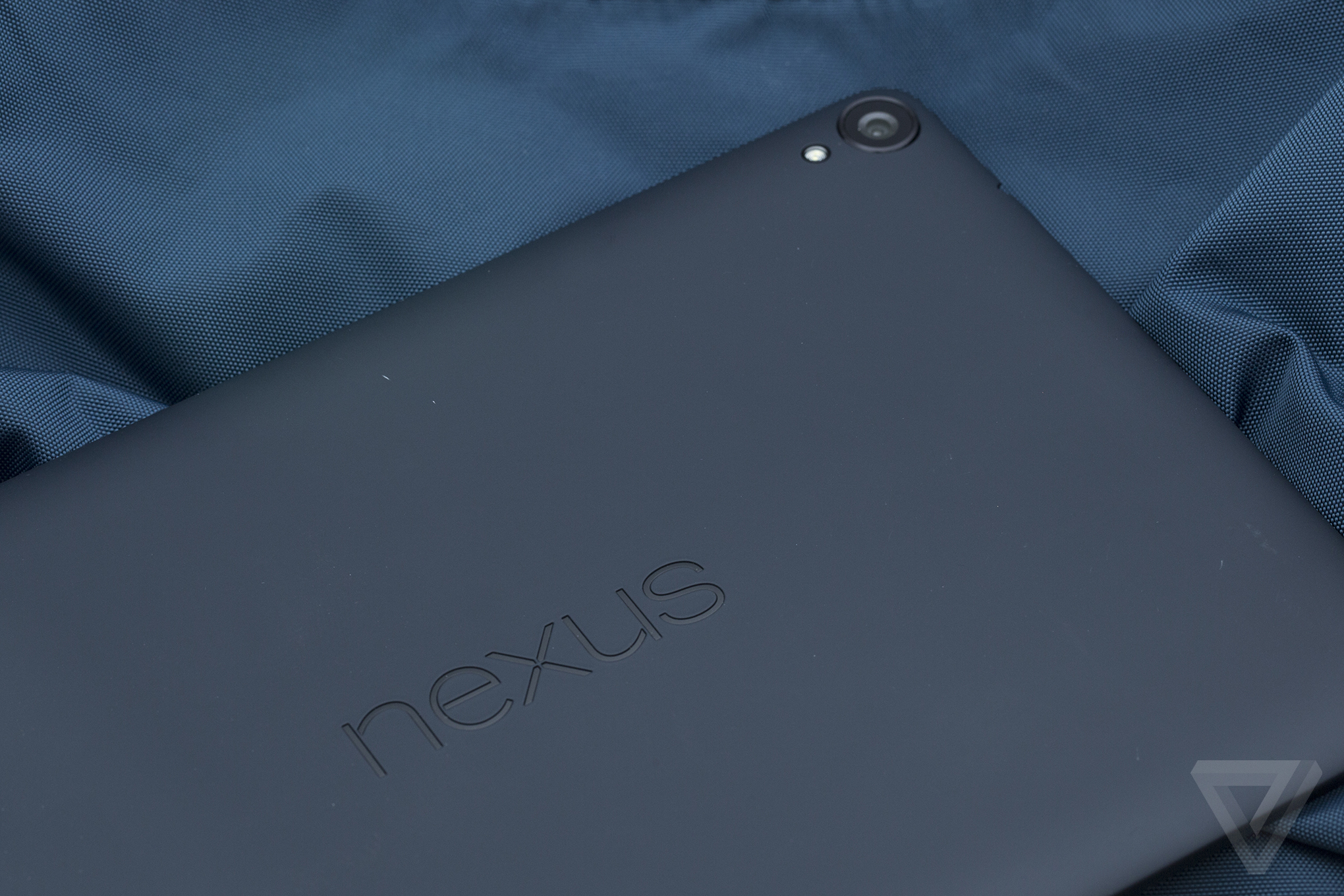 Google has often used its Nexus line of devices to debut new processor technology for Android, and the Nexus 9’s Nvidia Tegra K1 chip is the first 64-bit chip in an Android device. The K1 has two main cores, 192 cores in its graphics chip, and is paired with 2GB of RAM. The $399 Nexus 9 also starts with 16GB of storage, while a 32GB model is available for $80 more. Neither version offers a microSD slot for further expansion, so I’d recommend splurging for the 32GB model.

With all of those bits and cores, one would expect the Nexus 9 to be extremely fast without any performance hiccups, but sadly that is not the case. Stutters and slowdowns are plentiful, apps take a long time to open and load, and some apps just crashed repeatedly. Once a game like Goat Simulator or Monument Valley does load, game play is fine, with steady framerates and no lag. It’s just a chore to get there.

It gets hot and runs slow — not a great combination

The 9 also gets warm with just light use and downright hot when it’s pushed while playing a game. The iPad isn’t immune to heating up during gameplay, but the Nexus 9’s heat feels less like a discomfort and more like something is terribly wrong.

(Note: Just before this review was scheduled to be published, Google pushed an update to my Nexus 9 review unit that allegedly addresses many of the performance issues I saw. In the time since receiving the update, I have not noticed performance to be significantly better, but I'll be watching it closely and will update this review if necessary.)

Battery life from the Nexus 9’s 6,700mAh cell is closer to the iPad mini than it is to the iPad Air. It will get through a full day of heavy usage, two or more with light usage, which is probably fine for most people. 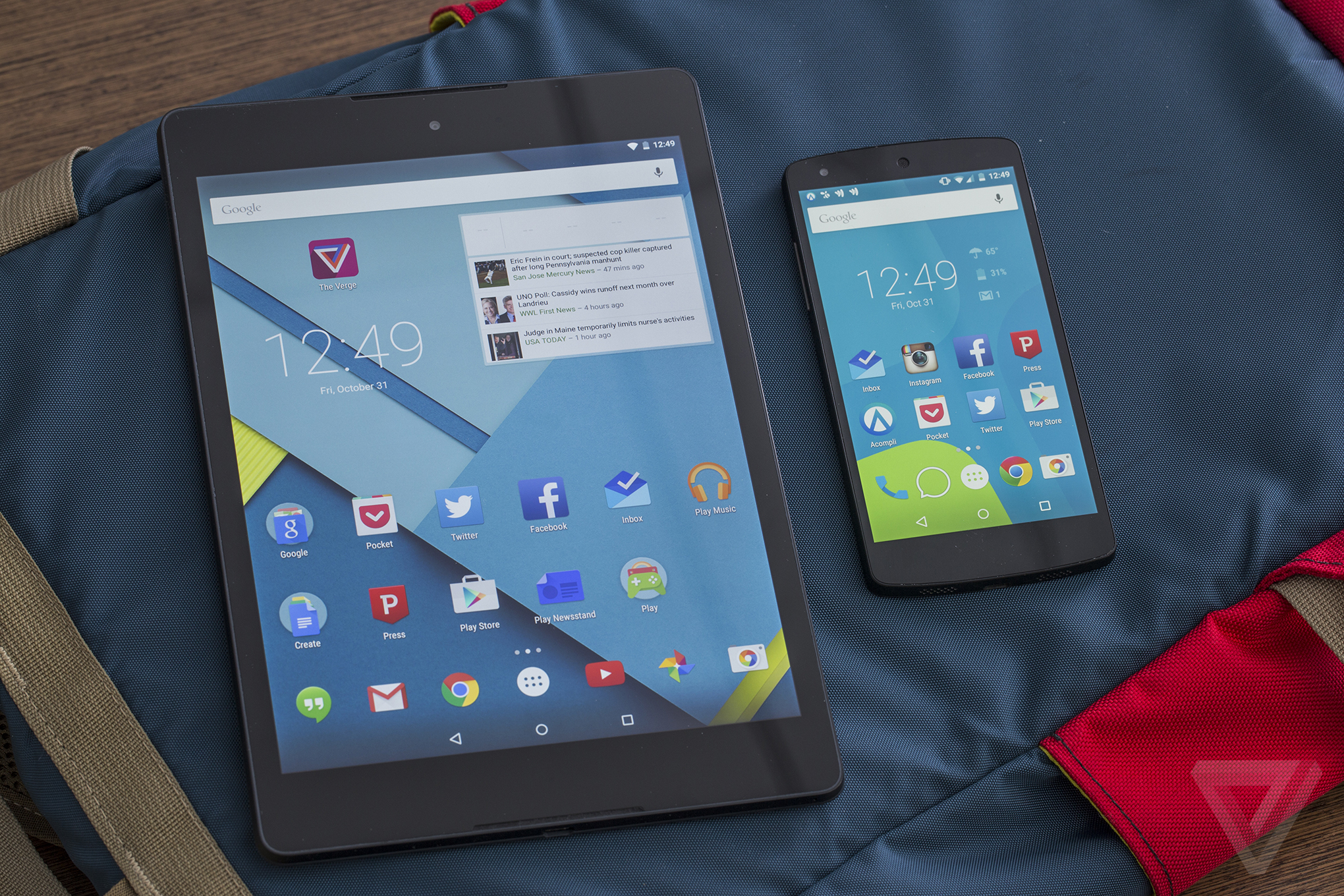 The Nexus 9 is the first device to ship with Google’s brand new Android 5.0 Lollipop. Lollipop brings the biggest changes to how Android looks and feels since the debut of Android 4.0 Ice Cream Sandwich back in 2011. It’s centered around a new design ethos, which Google calls Material Design, and it’s full of new animations and color palettes. It’s the best Android has ever looked.

We’ll have a lot more on Lollipop in our upcoming review of Android 5.0, but there are some significant things for the Nexus 9 included with it. Google has updated many of its core apps to comply with the new Material Design guidelines, including a new Gmail app that supports other IMAP and Exchange accounts. The Nexus 9 also has a brand new calendar app that integrates with Gmail to show upcoming appointments and flight schedules, and automatically inserts fun images for certain appointments such as "coffee" and "doctor visit."

Lollipop is the best Android has ever looked

The multi-account support that’s been available on Android tablets since version 4.2 has been refined and improved. There’s an easily accessible guest mode, so you can hand your tablet off to someone else and not have to set them up with a full account to protect your private data. Apple’s iPads still don’t have multiple user support, and it’s a great thing to have if you share a tablet among a household.

But despite the new animations, updated apps, and fresh coat of paint, Android 5.0 Lollipop on the Nexus 9 doesn’t feel much different than it would on a smartphone or phablet. Google hasn’t done much to optimize the platform for the 9’s larger display and there aren’t any different multitasking or productivity features than what you’d find on an Android smartphone. Though many of Google’s own apps are designed to work well on tablets, the vast majority of third-party apps in the Google Play Store still look ridiculous on such a large screen. For all that Google has done to improve the hardware on its Android tablets, the app situation is where Apple still has the farthest lead, and the Nexus 9 and Lollipop do nothing to close that gap. 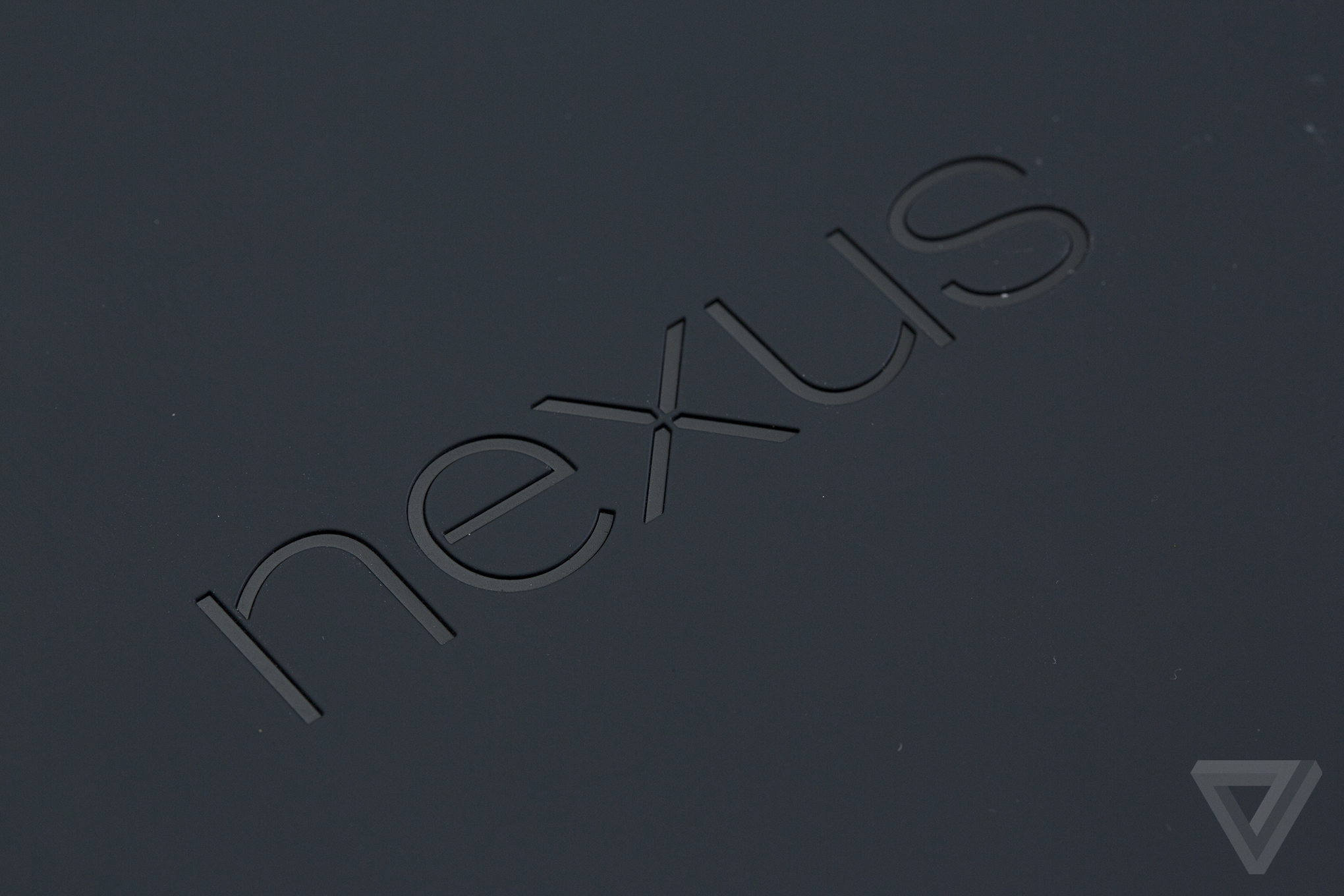 This year, Google was given an unexpected opportunity. Apple’s annual refresh of its tablet line didn’t blow anyone away, and actually left many disappointed, hoping for more. Had Google hit everything right with the Nexus 9 — the price, the hardware, the performance, and the software — it could have really challenged Apple’s position.

But unfortunately, the Nexus 9 just isn’t as good as it needs to be. It’s priced as high or higher than Apple’s tablets, but doesn’t offer anything in terms of hardware or performance to sway someone from just purchasing an iPad instead. The Nexus 9 would make a killer $249 or $299 tablet, but at $399, even last year’s iPad Air is a better buy for the vast majority of people. And if you want something smaller than the iPad Air, last year’s iPad mini 2 undercuts the Nexus 9 by a full $100, while offering a better experience all around. It’s hard to recommend the Nexus 9 to anyone outside of diehard Android fans.

Beating the iPad is hard. Many have tried, many have failed. The Nexus 9 is Google’s closest shot yet, but it still misses the mark.

See you next year, Google.

$399.99 at Best Buy$399.00 at Google Play
How we rate and review products
Most Popular
From our sponsor
Advertiser Content From