An unexpected thing happens early in Call of Duty: Advanced Warfare, the latest in the military shooter franchise in which the player kills human goons to the thumping rhythm of a Bruckheimer inspired story. The action slows for a breath. You take cover on one side of a busy highway, reload, then fire heavy weapons at enemies stationed on the median. It's hard to line their heads in your scope, because the traffic dirties the frame and absorbs the brunt of your payload. But after a while, maybe with a well-placed grenade, you drop the bodies and progress to the next rally point where you dispatch a dozen more.

The moment is forgettable, plotted amidst futuristic globe-trotting from San Francisco to New Baghdad. Advanced Warfare's reality is lathered in futuristic tech, like grenades that reveal the positions of enemies hiding behind walls or hone in on the baddies, like the bite-sized version of heat-seeking missiles. The newly added exo-suits — mechanical frames that let you jump three stories into the air or stem the loss of blood — allow for creativity in how you play, an effort move to give the player more choice and control in how they save the world.

The game, in all of its violent glory, is spectacular. I didn't internalize what it had asked of me at the highway until a few hours after I'd reached the credits. In that moment, my efforts to thwart global terrorism involved flippantly shooting civilians, whose vehicles functioned as just another interesting form of cover. And I didn't hesitate.

Call of Duty: Advanced Warfare is, and this may surprise both newcomers to the series and longtime skeptics, the most progressive game in the Call of Duty series. Its most interesting character is a strong woman who doesn't need to be saved by the bulky heroes. The cast is comparably diverse. And characters on both the "good" and "bad" side of the campaign for the most part try to minimize civilian casualties — minus this oddball moment on the highway.

And gone, mercifully, are the load screens that quoted political leaders, namely neoconservative hawks, whose war-for-profit agenda flattered the franchises' fetishization of the military industrial complex like a cherry on top of a sundae.

But Call of Duty as a franchise remains okay with using civilians and domestic settings as dramatic shorthand for its single-player stories. In Advanced Warfare, missions take place in American cities or in cities that, thanks to the globalism of its fictional future, resemble American city doppelgangers. The player kicks down the door to a suburban home, throws grenades in the mall, and assassinates targets in the bland office buildings I've become intimately familiar with on my morning walk to work.

MULTIPLAYER: Advanced Warfare's new "exo" abilities, which allow the player to jump into second story windows and dash forward, backwards, left, a right, are the most substantial change to multiplayer in the franchise's history. The Call of Duty games have been speeding up over the years, making cover less and less safe. Now speed is now mandatory, while cover is meant to be leapt over or dashed aside. The new controls are intuitive — learning the new skill set doesn't take much time. And so the change is a matter of taste. Those who preferred the franchise's loyalty to its earth-stuck style may miss the older games, but for others, like myself, the new maneuvering is welcome, something new in a series that was showing its age with each passing year.
These places are full of innocent bystanders who occasionally become obstacles, fail states in human clothing. Shoot one and the mission restarts.

My instinct is to condemn the game, because I can feel the spin of my internal moral compass. But I can't posture. I've loved this series since it became popular in the World War II battlegrounds of Call of Duty 2, and only flinched at its most egregious moments, like the infamous airport terrorist scene. For the most part, though, I've preferred Call of Duty because its scene-setting felt familiar. Where Battlefield's game always felt distant, I relished the thrill of saving the day in a Burger King parking lot, the White House, or any of its countless office complexes.

The local settings ground the conflict. They provide context. For all the talk of tech and weapons, what I secretly and darkly enjoy most about the franchise is how it captures the mundane. Its homes are littered with well-worn teddy bears and acoustic guitars that you imagine the father of the house keeps saying he'll learn how to play. The games are immensely fascinated with the pedestrian, and you can see it throughout Advanced Warfare, where the cities of the future appear to be designed by a Miami architecture firm, and the props appear to be digital recreations of the January 2029 Sharper Image catalogue. 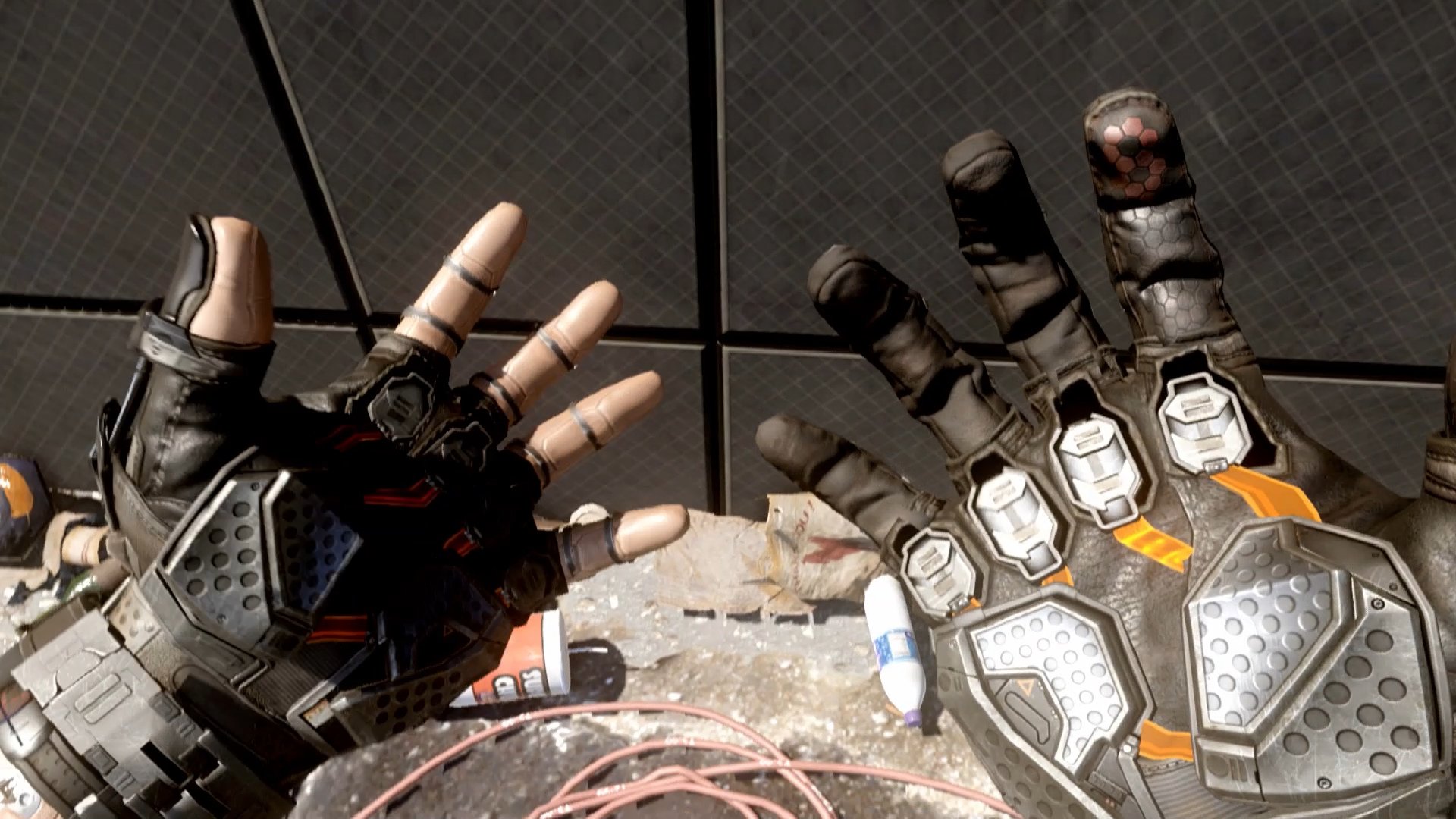 The villainous corporation is the definition of boring. Atlas, a private military contractor, is presented via propagandic commercials clearly inspired by Northrop Grumman or Lockheed Martin testimonials. And developer Sledgehammer Games and publisher Activision chose the perfect, safe political villain in Kevin Spacey. Fighting Spacey is like fighting your boss, something the casting director of Horrible Bosses understood.

We understand boring things. We live amongst boring things. While aliens baffle us, and global political conflict confuses us, and geography of places that don't look like London or New York or Chicago blurs together, the ultra-familiar, ultra-Western world of Call of Duty plays to what we know.

And I wonder if that that's why Call of Duty and the Grand Theft Auto games are so tremendously popular, magnitudes more than their rivals. I wonder if the ultimate power fantasy is the one set in the real world. Fittingly, the tagline for this game is "Power changes everything."

Let me ask the question I have possibly refused to to acknowledge while playing these games over the past decade, but just keep bumping up against: do we prefer killing virtual people on a world that looks like our own?

It's a question that will stick with me for awhile, because while I know the grim implications, I also know I won't stop playing Call of Duty. I never do. Year after year, the series taps into something dark inside me and millions of other people like me. And this version, Advanced Warfare, is the most adept at that soul-tapping in some time. Sure, it spans the globe, and it takes place in the future, but thanks in large part to Spacey, that familiar face, and its carefully selected locales, it feels more human, more prescient, and more real than any game in the series since it moved to the modern setting with Modern Warfare.

I know full well that the game makes killing people seem as mundane as that unused guitar prop in the corner of the middle management office space. But in a couple weeks, I'll be in multiplayer, still doing my damndest to improve my kill-to-death ratio, and I will slowly forget this — or just push it to the far end of my mind. I'm already addicted to the power. Right now, I can't stop thinking about sneaking in a round or two at lunch. This drug may be bad for me, but I'm high as fuck.