The little camera that can't

When HTC announced the $199 Re Camera last month, the news was met with many different questions that all started with the same word: why. Why did a company known for making phones decide to get into the ever-crowding action camera market? Why did it make a camera that everyone agrees looks like an asthma inhaler, or a periscope, or any number of illicit objects? Why did it choose that name? This week we got our own HTC Re review unit, so it was time to start answering some of those questions. 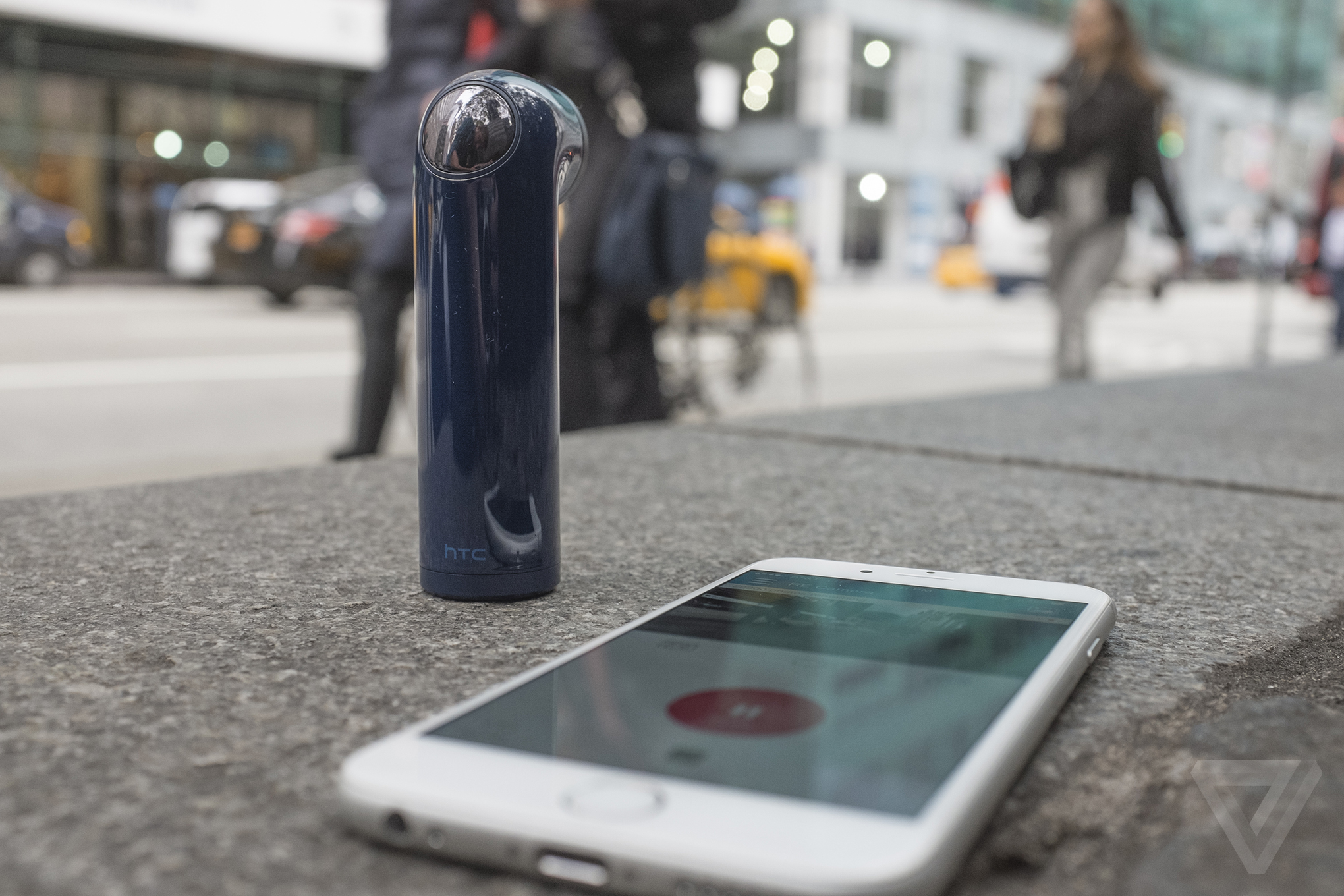 What surprised me the most about the Re is I immediately felt like I understood what HTC is trying to do with it. Full-featured action cameras from the likes of GoPro, Sony, and JVC might have top-line specs, but they aren’t necessarily comfortable when it comes to hand-held use and can be complicated to use. The Re, however, is tailor-made for run-and-gun shooting. The goofy design is actually pretty ergonomic — the upside-down L shape makes it easy to grip, and the shutter button is perfectly located under your thumb. During a full-speed skateboard ride to Central Park I never felt like I was going to drop it, and I also never wanted to put it away.

I never felt like I was going to drop it, and I also never wanted to put it away

The Re works with a companion app on both iOS and Android, both of which worked alright while I was testing it. The live view lags when a picture or video is taken, but that's a problem even GoPro still faces with its own companion app. What's frustrating about the app is that the app allows you to change settings like resolution but not things like shutter speed, aperture, and ISO. Not everyone wants to get so granular with their camera controls, but the ability to guide the quality of what you're shooting with a few basic settings would be nice, and would make it easier to trust the blind nature of the Re.

This is HTC’s goal with the Re — it wants you to have a camera that’s even more accessible than the one that exists on your smartphone, something fun and easy and durable. And throughout the part of the experience where you’re blind to the results, they’ve basically done it.

The tiny camera’s results missed more than they hit

The 16-megapixel images the Re produces are, at best, decent. The camera produces accurate colors, and in the right conditions they can even be vibrant. That’s where the compliments stop, though. The tiny camera’s results missed more than they hit for a number of reasons. The shutter lags about a second behind the press of the big, silver shutter button, about the same as we experienced when during our brief hands-on with it last month. But I ended up with blurry photos because the camera needed too much time to take a picture — a big problem if you’re supposed to be using the Re to capture a day’s action.

More egregious is the fact that there’s no burst mode for stills, which is inexcusable for a camera that is meant to be used blindly. The ability to click off three-to-five photos in a second would mitigate the problems with the camera’s lag and help make sure at least one shot is framed the way you want. Quickly clicking the shutter button doesn’t help, either.

Video on the Re is even worse. Shooting full-resolution at 1080p produces mediocre results, and the slow-motion option of shooting at 120 frames per second (at 720p) is nearly unwatchable. In both cases the Re’s results get blown out of the water by phone cameras and their often stabilized video and higher framerate capabilities. I may not have put my iPhone at risk — I don’t use a case — while navigating midtown traffic, but I know for sure I would have gotten better results if I had. 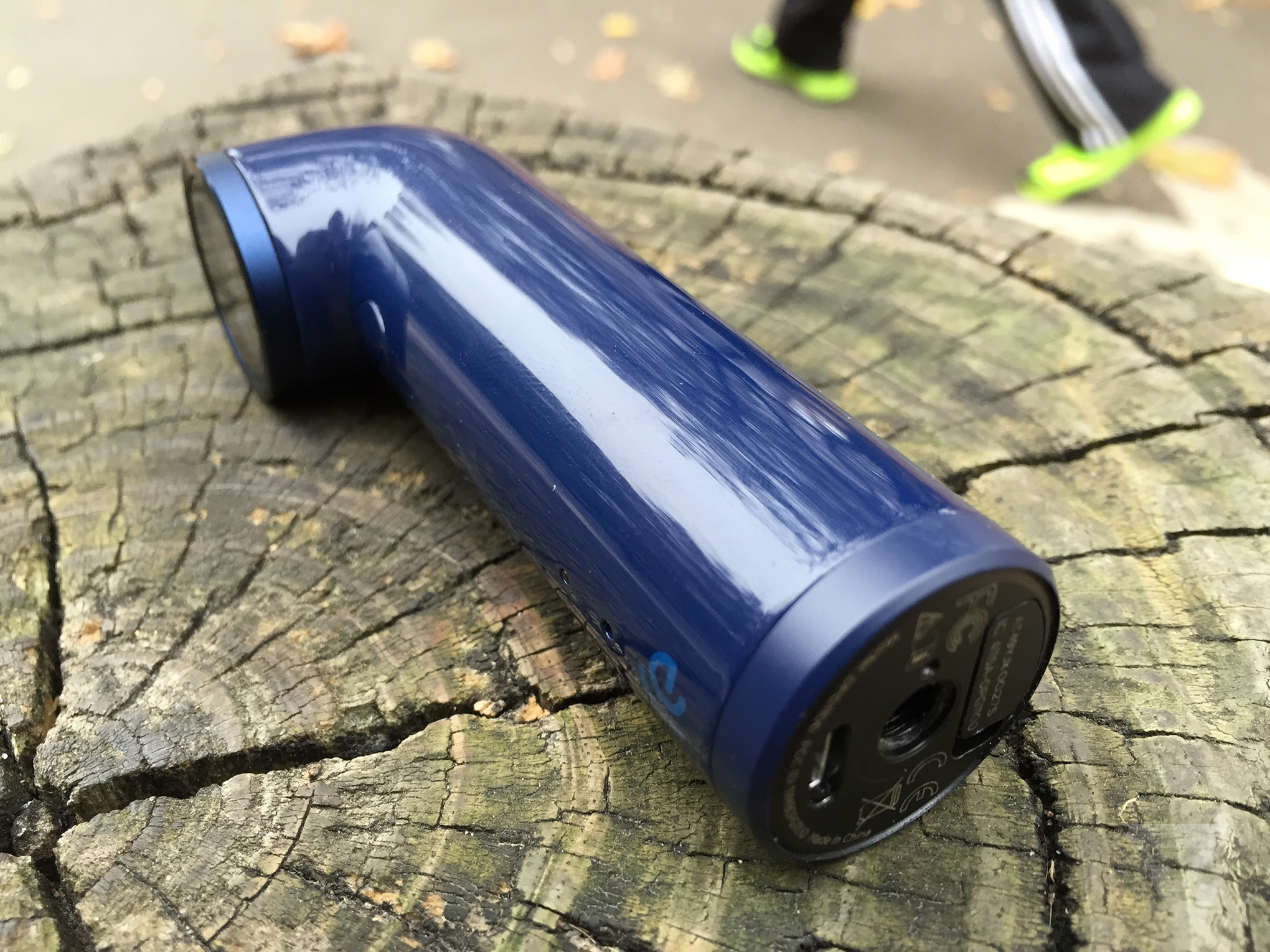 These issues aren’t even the biggest problem, which is the price. If the Re cost somewhere at or under $99, it would make for an easy impulse buy, and many of its faults would be forgivable. But at $199, your money will go much farther elsewhere — even GoPro now offers a camera for almost half that price.

For a brief moment, I thought I understood the purpose behind the HTC Re. I don’t need another camera to keep track of, but I’d consider it if the price was right and I could eliminate fumbling for my phone to get the shot I want. For that to happen, the Re has to be able to create better results than a phone’s camera (or the same, at the very least), and it has to do it at a price that makes sense. HTC came up short in both respects with the Re. For now, I’ll stick to my phone.