Guardians of the Galaxy did more than break the 2014 box office – it proved that Disney’s Marvel Studios could turn even the most obscure and weird set of comic book characters into international sensations. Now, the Mouse House hopes to do it again with its first animated feature-length Marvel movie: Big Hero 6.

The narrative of the original Big Hero 6 comic series, launched in 1998, was straight-forward enough: in response to the nuclear bombing of Nagasaki and Hiroshima, the Japanese government assembled a squadron of superheroes to fight for the Emperor. The team consisted of Hiro, a mini-Tony Stark of sorts; his Godzilla-morphing robot Baymax; Honey Lemon, a cross-dimensional secret agent; Go Go Tomago, an ex-con with a fiery temper—literally; and a couple familiar X-Men faces—Silver Samurai and Sunfire.

Inspired heavily by Japanese culture, readers of the comic book were treated to some pretty out-there characters. For instance, Hiro lost his mom to the Everwraith, a spirit made up of all the dead souls from the nuclear strikes; Honey Lemon wielded a magic purse full of wormholes; and chef-turned-superhero Wasabi No-Ginger's weapon of choice was a sushi knife.

But Hiro and his friends didn’t bring in the comic book bucks, and the series was shelved after less than a year. In 2008, X-Men writer Chris Claremont and cover artist David Nakayama briefly brought the team back to life for a limited miniseries, but again the comic saw little success. The under-the-radar series was an obscure candidate for Disney’s first animated Marvel movie.

But the studio was looking in unlikely corners for its next project. "We were on the hunt for something unique, something we hadn’t seen before, but also appealing and huggable," director Don Hall told Bloomberg last month. He found what he was looking for in Big Hero 6.

To make the comic palatable to the American viewer, Hall and his team completely made over the property, transforming it into something that resembles a Disney film through and through. The big picture rendition gravitates towards two members of Big Hero 6: Hiro and Baymax. And in true Disney form, the narrative has been tweaked to center around a tragic death—Hiro loses his brother—and the unlikely friendship between a boy and his robot. If it weren’t for the title card slotted in the movie’s credits, one might never realize that a quirky Marvel comic lay at the movie’s core.

As Walt Disney Animation releases the film in theaters today, we take a look at how Disney re-imagined the heroes of Big Hero 6 for mainstream audiences. 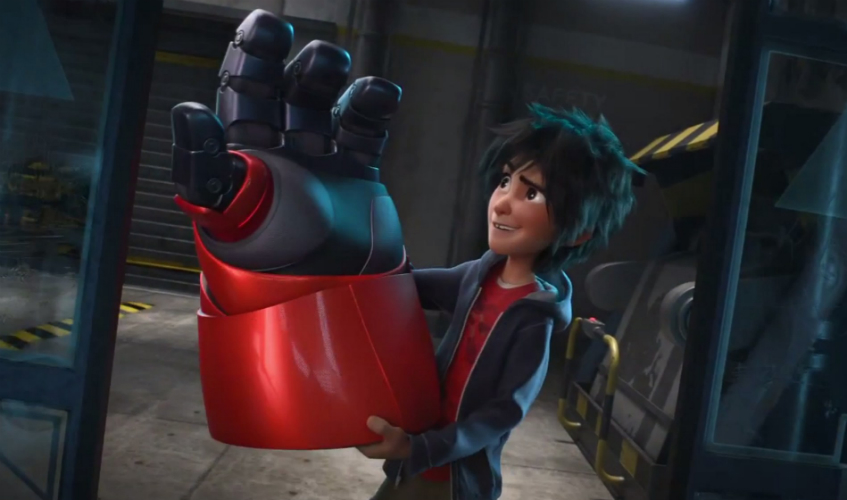 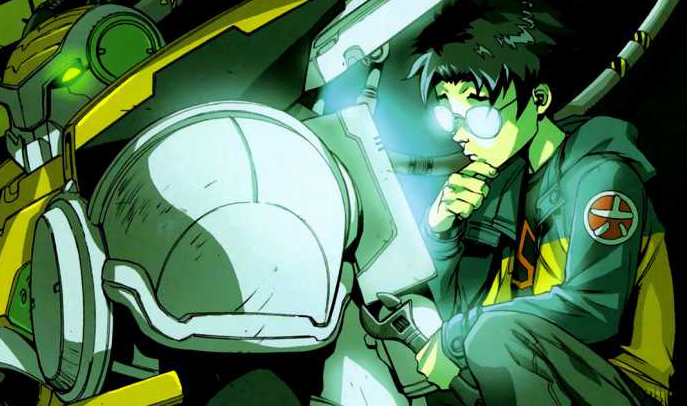 In the comics, 13-year-old Hiro is a gifted young inventor and the Dr. Frankenstein to a synthetic, morphing battlebot named Baymax. The prodigy declined an invitation to join Big Hero 6 until he lost his mother. Disney cut this narrative, instead framing Hiro as a rebellious boy genius with a penchant for gambling on back-alley robot fights. In the film version, Hiro’s brother dies in a freak accident, which sparks his bond with Baymax. 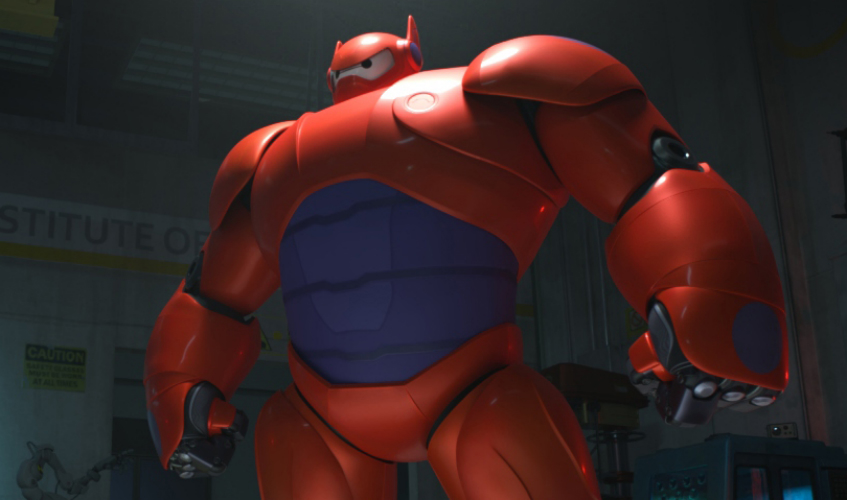 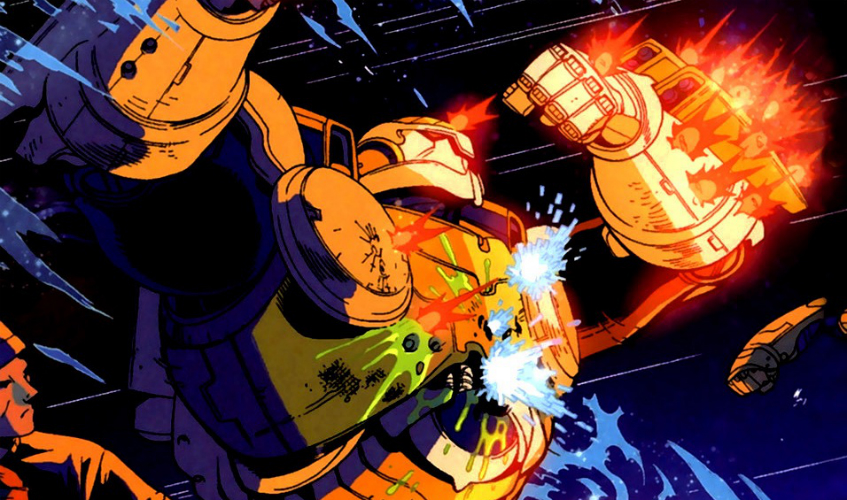 Disney’s marshmallow-like Baymax is nothing like his original iteration. The Baymax from the comics is Hiro’s Hulk-like bodyguard, programmed with material from the boy’s deceased father’s brain. Baymax has the ability to transform on command into a dragon, and, in later installments, into a human. Naturally, Disney wanted something softer to tug at the heartstrings. After touring various robotics labs and consulting with experts, Hall and artist Lisa Keene created the kid-friendly medical robot we see in the trailers, designed to tend to Hiro’s well-being before he’s upgraded with armor, rocket fists and kung fu skills. 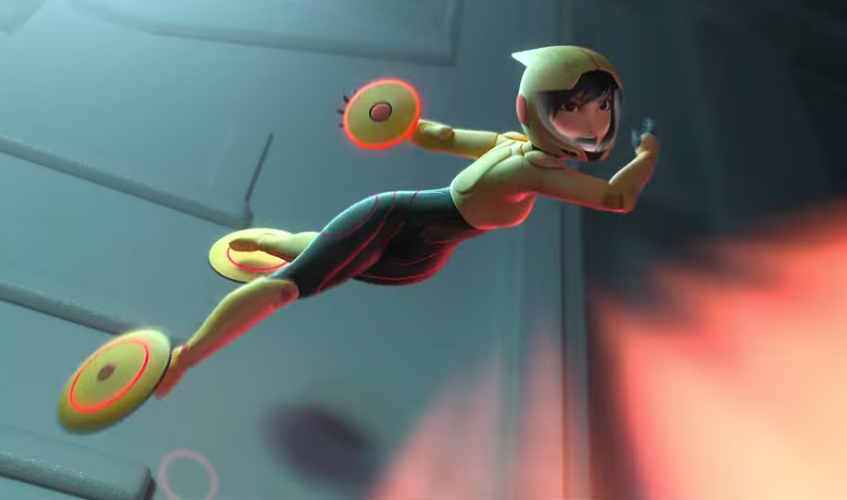 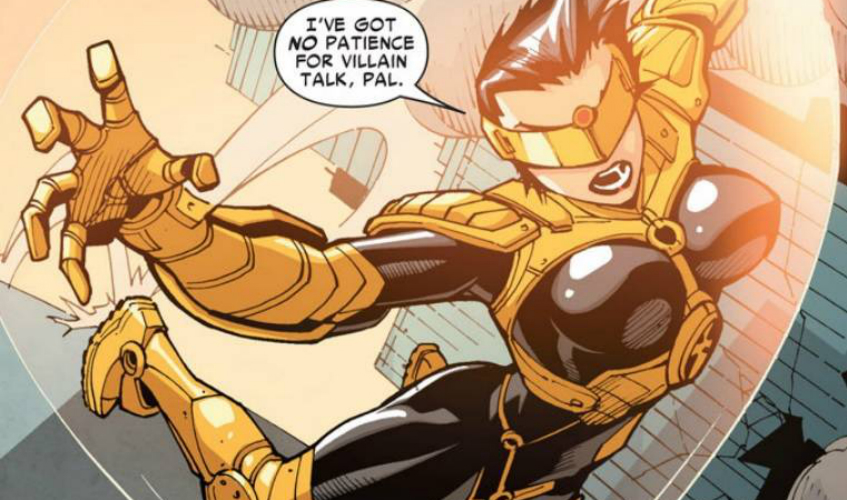 Go Go Tomago tears up the screen, but she was way more of a badass on the page. Originally conceived as a rough-and-tough street orphan who got on the wrong side of the Yakuza, Go Go joined up with Big Hero 6 when the government offered her a get-out-of-jail-free card. She gets her name from the "Go Go Tomago" suit, a government-designed get-up that gives her the ability to launch herself into enemies like a fiery wrecking ball. The Disney incarnation turns Go Go into an adrenaline junkie who’s comfortable in a car chase and says things like, "Woman up." Oh, and she’s basically a super-powered speed skater now, thanks to the film’s version of her power suit. 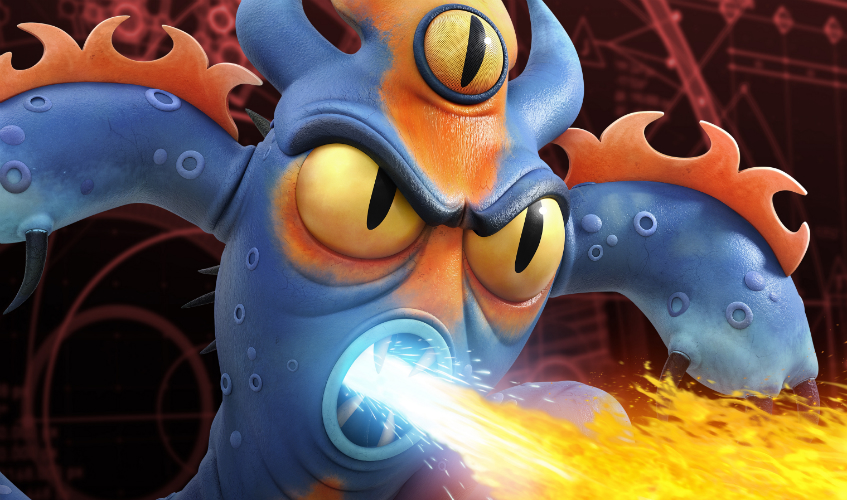 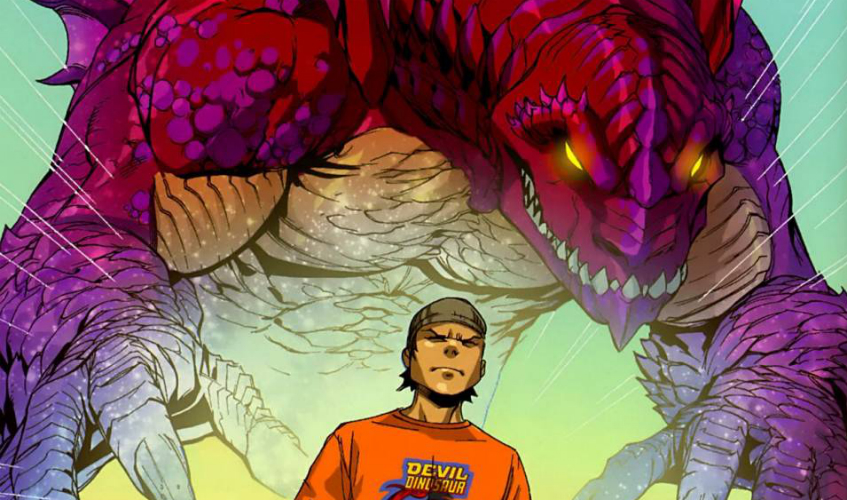 Only introduced in Chris Claremont’s 2008 comic relaunch, Fredzilla was one of the last to join Big Hero 6. As the most superhuman member of the group, he had the ability to encase himself in a protective force field that took the shape of a giant Godzilla-like beast. The film version transforms the tough guy into a hippy-dippy class clown with the voice of comedian T.J. Miller. Instead of morphing, Fredzilla now wears a fire-breathing suit that just resembles a giant lizard. On the plus side, he’s almost as huggable and hilarious as Baymax. 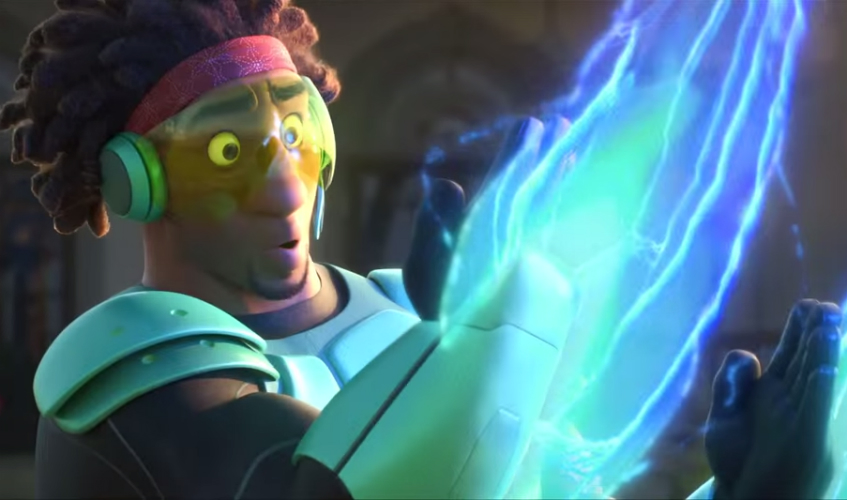 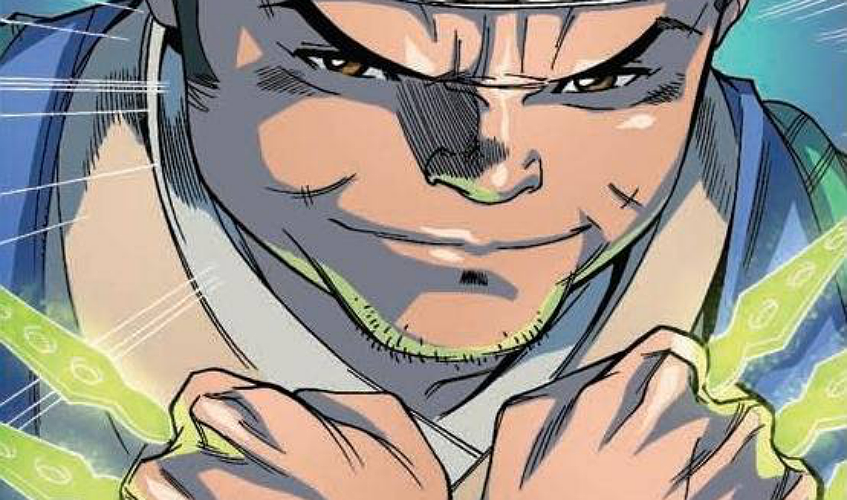 Like Fredzilla, Wasabi No-Ginger didn’t come to life until Claremont’s 2008 series. Wasabi was a master chef and his superpower made him the Gambit of Japan – he threw psionic sushi knives created from focused Qi. Unfortunately, Disney radically reimagined the character. His name is now shortened to simply "Wasabi" and instead of being a chef, he’s a science student with an affinity for lasers. But the film does offer a coy nod to the comic book character’s sushi-loving roots. When Hiro asks how he got his name, he responds, "I spill Wasabi on myself ONE TIME!" 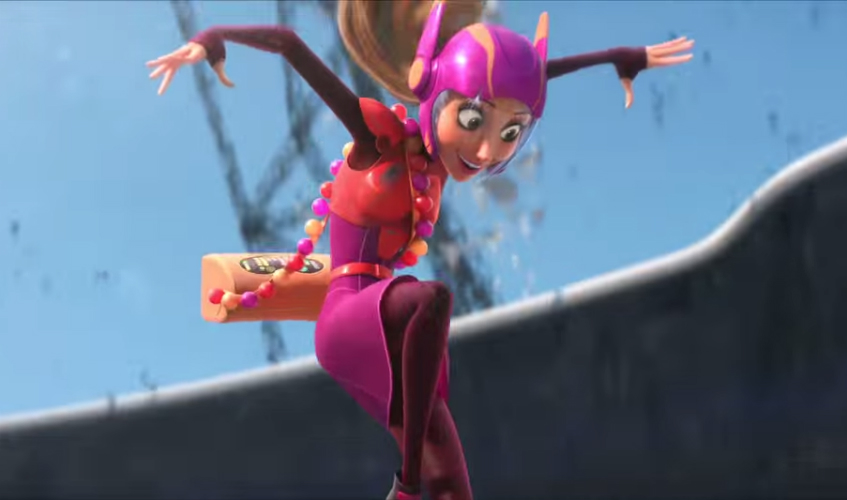 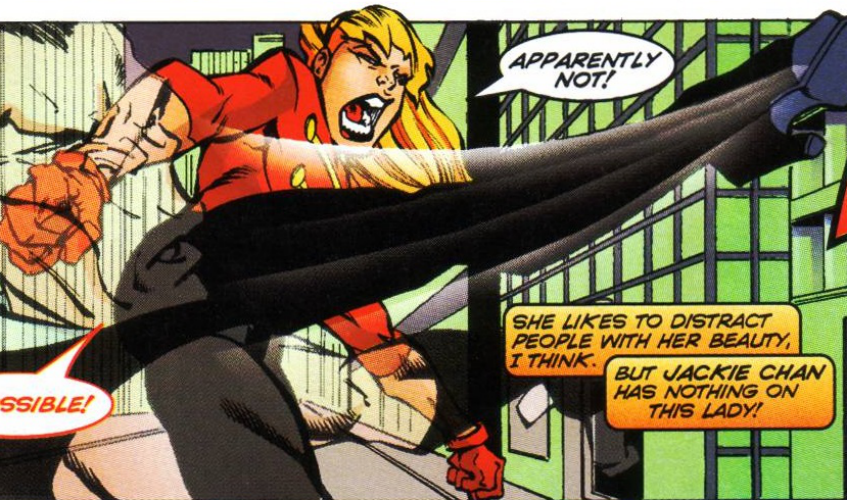 Honey Lemon was essentially the Black Widow of Big Hero 6. Working as a secret agent and scientist for the Japanese government, she was instrumental in the creation of her signature weapon: Power Purse, a seemingly normal bag filled with artificial wormholes in which she stored supplies and weapons to be pulled out on a moment’s notice. Think Mary Poppins's nanny bag, filled with Bond gadgets. In the film version, Disney gave the kick-ass-and-take-names character the perkiness of an old Sunny D commercial. Even the contents of her Purse are swapped: instead of wormholes, Disney’s Honey Lemon now carries alchemical balls that explode, congeal or just gas-up the place.