Halo is one of the most influential series in the history of gaming, but after spending time with The Master Chief Collection — a compilation of the four main titles remastered for Xbox One — it’s striking to me just how different these games are from almost everything out there today.

While 2001’s Halo: Combat Evolved may have been the first truly viable first-person shooter on a console, introducing now-standard features like recharging health, limited weapon loadouts, and easy access to grenades, the likes of Call of Duty and Battlefield have spun the genre off in a different direction, reducing their single-player modes to linear shooting galleries that serve as trial-and-error tests of memory.

Halo is about space — the vast, open spaces you navigate as the Master Chief, battling enemies and jockeying for position over twisting terrain. Halo is about strategy — the deft strategy you need to employ to take on hordes of aliens that can outflank, outwit, and outgun you. Halo is about physics — the bouncy, supple physics you have to master if you’re ever to take on a giant spider-tank in a dune buggy, neon plasma fire raining down around you.

Halo is unpredictable, colorful, and joyous.

All of this has been true since the original Halo, which is why The Master Chief Collection represents such excellent value. The four mainline Halo games all look and play great on Xbox One, although the precise details of their upgrades differ. Halo: Combat Evolved is based on the 2011 anniversary remake for Xbox 360, this time running in 1080p resolution and at 60 frames per second. Halo 3 and 4 are essentially the Xbox 360 games with the same 1080p/60fps boost.

2004’s Halo 2 has received the most attention here, getting an anniversary visual makeover of its own along with reworked cutscenes and overhauled sound; as with Halo: CE, you can flip between original and remastered versions any time at the touch of a button. It doesn't quite look like a modern Xbox One game, but the revamp is more than enough to let you play the series from beginning to end without any jarring jump or drop in graphical quality. Speaking of which, there's no need to do that — all content is unlocked from the start, with each games’ missions accessible in any order you like. 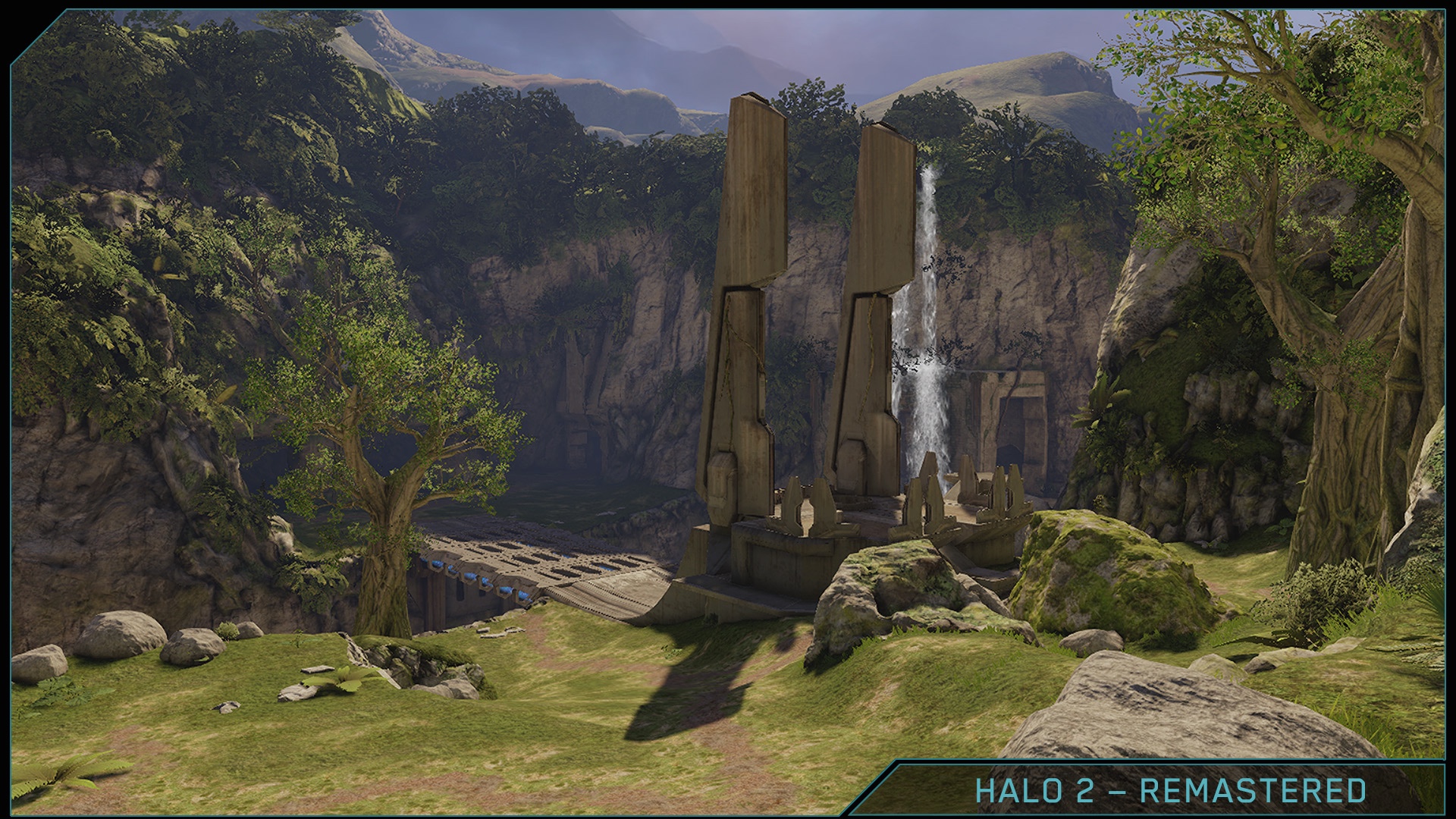 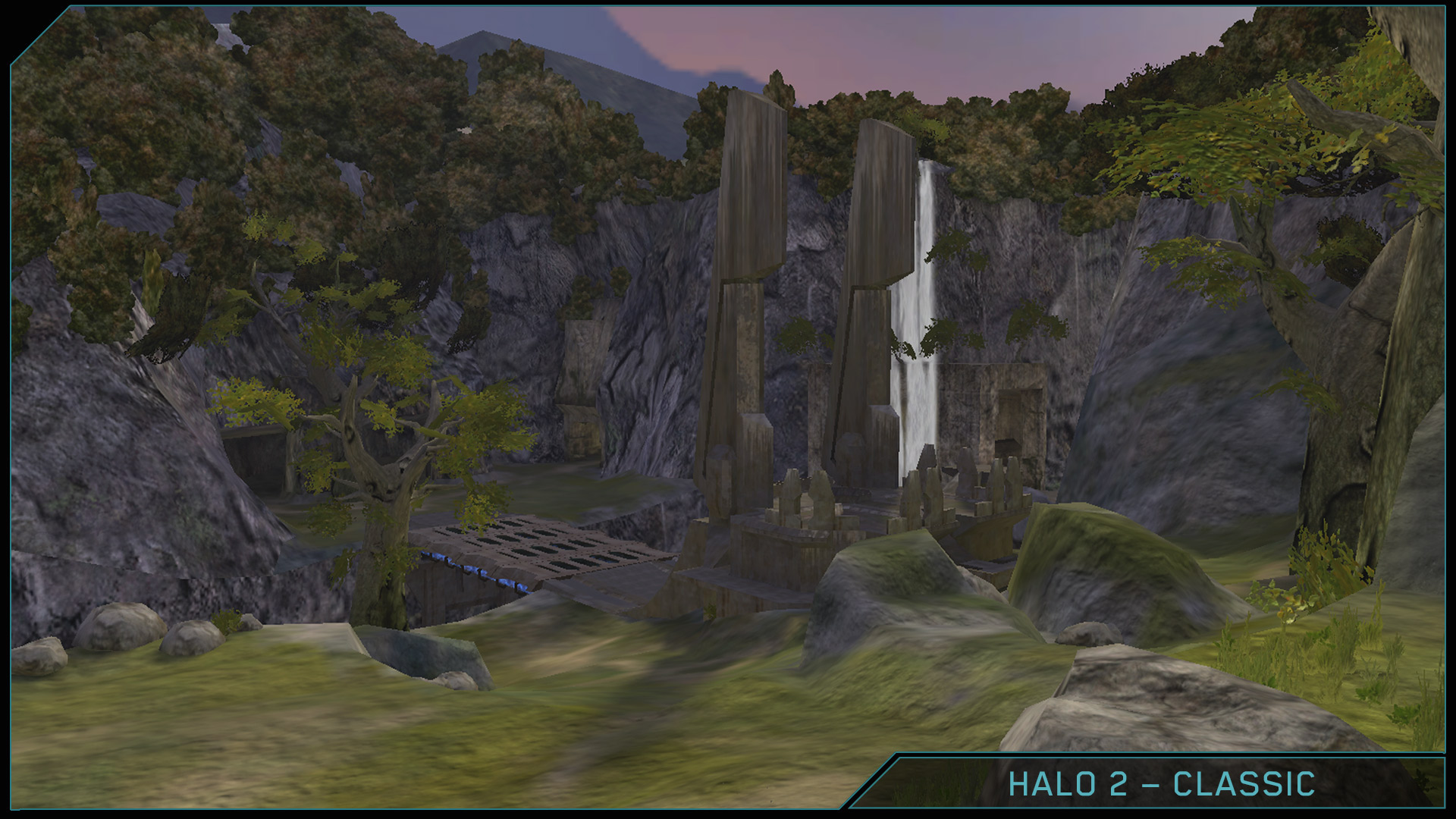 The focus on Halo 2 is somewhat unfortunate, because for my money it’s the weakest of the series — at least as a single-player game. (Multiplayer is a different story; see the sidebar for more). The basic action is as tight and fun as ever, but too often the levels descend into the directed corridor shooting of 2004 contemporaries, and the gambit of introducing a second protagonist for much of the game doesn’t pay off. Those levels, in which you play as an alien soldier called the Arbiter, don’t feel different enough from Master Chief’s to make them worthwhile, but they’re more frequently peppered with boring slogs against an uninteresting zombie-like enemy known as the Flood. And the writing reaches a nadir even for Halo, with an interminable focus on Star Wars-prequel-style politics and a cliffhanger ending that’s no less frustrating ten years on.

Multiplayer is a big part of the Halo equation, but I wasn't able to test it in time for this review. The various modes weren't available for selection until Microsoft released a last-minute 15GB patch yesterday, and I haven't been able to download any matchmaking data since. But I've never been much of an online FPS player, anyway, and there's more than enough to The Master Chief Collection's solo component.

If multiplayer is your main concern, however, the collection should make you happy barring any major network disasters upon release. It includes the original multiplayer modes from all four games, plus six Halo 2 maps remastered with modern graphics. Halo 2 was by far the biggest game on Xbox Live of its time, and did much to popularise the concept of online console gaming.

The other games aren’t without their flaws, either. Halo 4 is astonishingly beautiful but takes too many cues from its contemporaries, with flashy scripted sequences and unnecessary additions like a sprint button. Halo: CE holds up more than well enough today, but suffers from repetitive level design in its latter half, much of which also involves the Flood. And Halo 3, otherwise my personal favorite for its expansive, liberating scale, hits the lowest point in the entire series with an awful and confusing trek into the bowels of a Flood-infested spaceship.

The plot is nonsense across the entire saga, of course, taking a wrong turn toward incomprehensible technobabble somewhere near the start of Halo 2 and never really righting itself. This is a sci-fi universe carved from pure cheese: a universe of reptilian aliens, ring-shaped planet-slash-superweapons, and a sultry AI to serve as the inevitable damsel in distress. Master Chief himself is less charismatic protagonist than anonymous, armor-clad vessel for machismo. But the setting still manages to hold my attention in certain ways. Halo’s worlds feel truly alien thanks to some unmistakable architectural design that blends monolithic buildings into the landscape; even the first game stands out as artistically original. And an evocative way with words — who can forget The Silent Cartographer or Guilty Spark — lends dynamism to the frantic pacing even if you’re not quite sure what’s going on.

None of these games are perfect, but all of them are excellent. This is because original developers Bungie more or less nailed the way Halo was meant to play 13 years ago, and most subsequent tweaks have been minor and unobtrusive. It's the rock-paper-scissors dynamic of guns, grenades, and melee. It’s the seamless transitions between outdoors and in, vehicles and legwork. Most of all, it’s the sense that you could tackle an arena a thousand times and never see events play out the same way twice. Yes, some of these arenas border on the uninspired. But even then, Halo gives you the tools to make your own fun.

At $60, The Master Chief Collection is an easy sell for Xbox One owners. Halo fans will want to pick it up because these are the best versions of all four games to date, with the neat bonus of access to the Halo 5 beta next month. Series newcomers will find this collection the perfect entry point, too, with a ton of content to play on a console that — like the PlayStation 4 — still doesn't have a ton.

"Experience the legend of the Master Chief," reads the title screen. That doesn’t quite ring true to me. Instead, I’d recommend you experience the legend of Halo: how Bungie struck gold with a near-flawless formula in 2001, how that formula led to one of the biggest names in gaming, and how it remains untouchable well over a decade on.

Halo: The Master Chief Collection is out on Tuesday, November 11th for Xbox One.