WayForward Technologies has been making video games for almost 25 years. In that time the studio has been trusted with some of the biggest names in the medium, making new Silent Hill, Contra, and Double Dragon games and working with big companies like Capcom and Disney. Some of WayForward's own original games, meanwhile, have gone on to become cult classics, like the beloved Game Boy Color adventure Shantae.

But the studio's newest game is also its biggest. Called Til Morning's Light, the game has been in development for around a year, and it takes place in a sprawling, four-story-tall haunted mansion with more than 100 different rooms to explore. "I've been here a decade," says WayForward designer Adam Tierney, "and I'm pretty sure this is the biggest thing we've ever done."

The crazy part? It was built for Amazon's struggling Fire Phone. 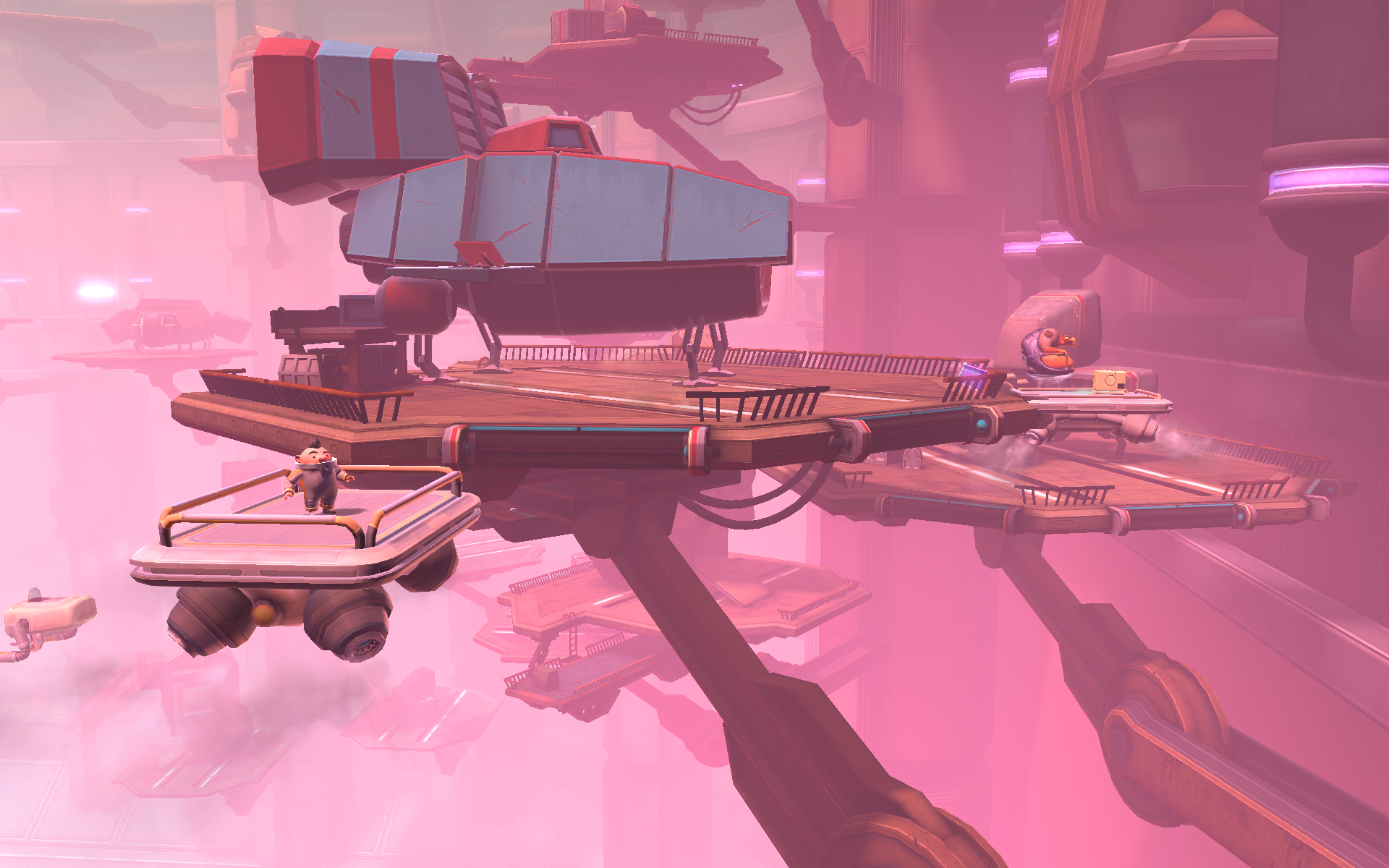 Mobile games are in a strange place right now. The advent of fun, accessible games you can play on a smartphone has helped bring the medium to a whole new market. But at the same time, a flood of cheap, and often free, games has skewed expectations quite a bit. Users often balk when a game costs any money at all. When developer Ustwo released its first expansion for the Apple design award-winning game Monument Valley, a flood of users gave the game a one-star rating on iTunes to protest the fact that the studio dared to charge money for the new content. With a few exceptions, the vast majority of successful mobile games are free, supported by ads or in-app purchases.

Amazon wants to change that.

The online retail giant is no stranger to making its own content. In 2009, it launched its own book publishing business, and just like Netflix, it started producing original shows for its streaming service. The company hasn't been secret about its interest in the gaming space, acquiring game studios and hiring top-tier developers to work at Amazon Game Studios. Up until now, we've seen very little actually come from all of those moves — but that all changes now.

"We really wanted to find a way to build something fresh."

Starting with the launch of Tales From Deep Space last month, Amazon Game Studios is working to release three new games, all in partnership with established, respected game studios like WayForward. The games are all very different, but they have one important aspect in common: they're all premium-priced, with the first costing $6.99, and there are no in-app purchases whatsoever.

"We thought, if we could go out and create a premium experience where the customers could just buy the game and then just play it," explains Amazon Game Studios VP Mike Frazzini, "we thought that was a gap that existed that we could potentially fill."

The process started a little over two years ago, when the company decided it wanted to make games to help sell hardware. "We looked at our devices business and saw that anything with a screen, games are the number one or two activity," explains Frazzini. "As a company, when you're building those, you want to make them exciting experiences for customers. And since games are so popular, we really wanted to find a way to build something fresh for them."

But Frazzini also thought there was a gap in the market. While there are a few successful, console-style games on mobile, such as the Infinity Blade series, they’re vanishingly rare. And the runaway success of "freemium" games like Candy Crush and Clash of Clans has only sped up that process. Those that do exist are also often iOS exclusives, revealed on stage alongside the latest iPhone. Amazon wanted its own big, flashy games to help showcase its latest tablets. (All three of these games are exclusive to the Kindle Fire line of devices.) 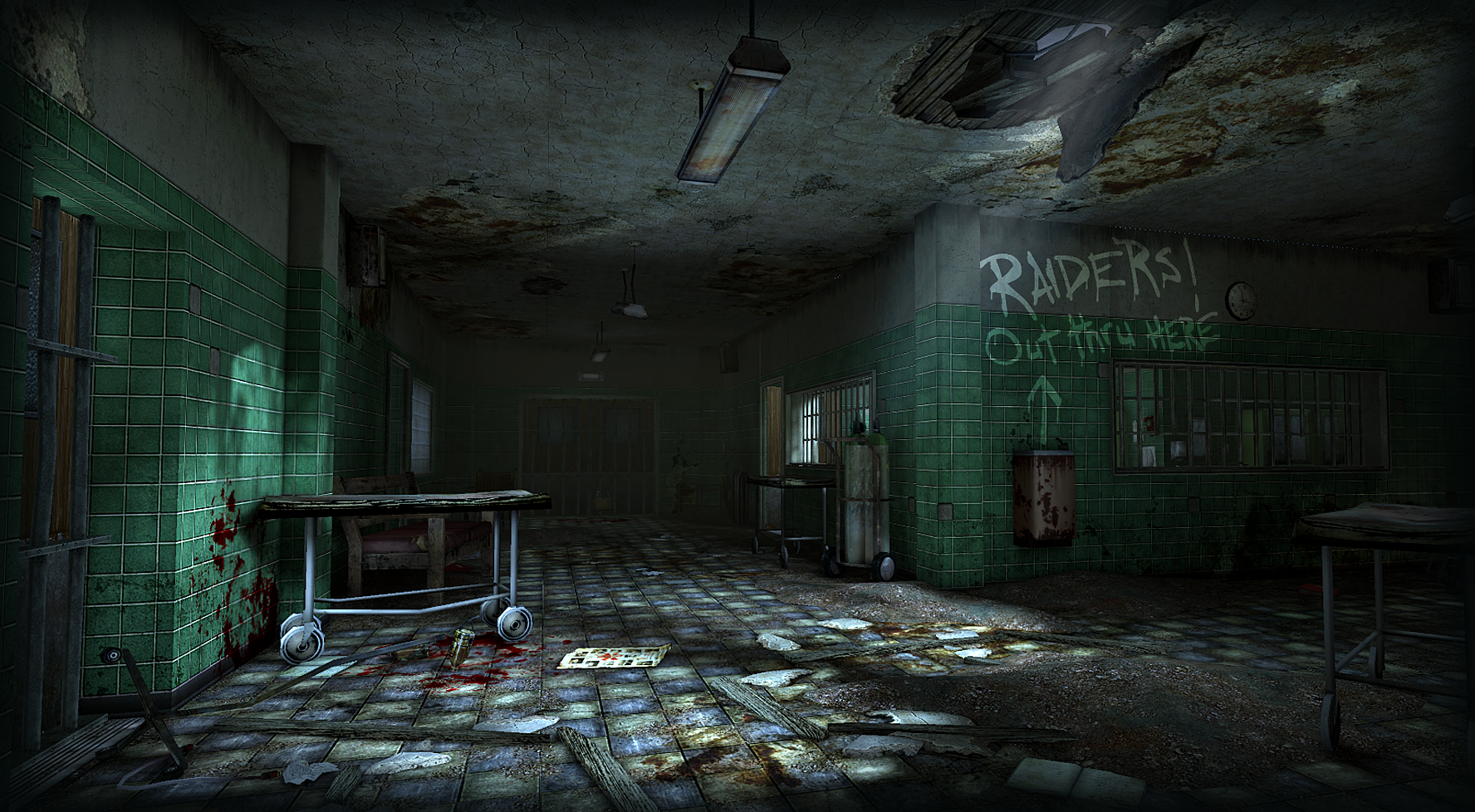 Some of those games are still in development internally at Amazon Game Studios, but Frazzini realized that in order to get a bunch of games, and release them relatively quickly, the company was going to need help. "We wanted to get going," he says. Frazzini and the games team met with dozens of developers, trying to find the right match, and ultimately settled on three: WayForward; British studio Frontier Developments, the team behind games like Zoo Tycoon on Xbox One and LostWinds on the original Wii; and Human Head, a studio best known for the Prey series of first-person shooters.

The three studios each made very different games. WayForward's Til Morning's Light, which is coming soon, is a third-person, 3D adventure game, that looks like something you might've seen on the PS3. Frontier's Tales From Deep Space, the first to launch, is a side-scrolling platforming game that takes place in an impressively detailed space station and utilizes a clever control scheme that has you dragging a character around the screen. Human Head, meanwhile, is making a currently unannounced first-person psychological horror game, set in an incredibly creepy insane asylum, that's expected to launch next year.

According to Frazzini, Amazon picked studios that were both experienced and already had a game idea they were passionate about. But there was also another, more ambitious deciding factor that led to these three games getting made. "We wanted these games to be the best along some dimension," he says. "With Tales from Deep Space, we set out to create the best platformer that's available on mobile devices."

The fact that none of these studios is known primarily for mobile wasn't an accident either. Human Head is best known for making console shooters, for instance, and even though the studio's current project was a mobile game from the outset, it came at it from a slightly different angle. "A lot of the design sensibilities are console design sensibilities," says game director Chris Rhinehart, "thinking about it from the AAA perspective. Let's go big with the story, let's go big with a lot of the gameplay elements."

Whether these games ultimately achieve Amazon's lofty bar for quality is debatable. I’ve spent several hours with Tales From Deep Space, and while it may not be the best mobile platformer I’ve ever played, it’s certainly a charming, clever adventure. But Amazon definitely seems to have done quite a bit of work to ensure that the games were as good as possible. According to all three developers, Amazon Game Studios was much more involved than a typical game publisher. "There was a huge amount of collaboration," says John Laws, head of art at Frontier, with WayForward's Tierney adding that "the relationship ended up being much deeper than we're typically used to." Not every creative team wants a big corporation meddling with their game, but all of the developers I spoke to seemed pretty effusive about the process.

One of the key aspects of the relationship is Amazon's stable of game industry veterans. Eric Nylund, Amazon's narrative design director and an author who worked on the Halo series, read scripts and offered feedback on the story for each game. Steve Suhy, who has worked everywhere from EA to Microsoft, did the same thing for art. The company also offers other benefits to developers wanting to expand their idea beyond just games, thanks to its myriad divisions. Tales From Deep Space was launched alongside a prequel comic available through Comixology, while WayForward released a series of audio diaries promoting Til Morning's Light through Audible, both companies now under the Amazon corporate umbrella.

"The relationship ended up being much deeper than we're typically used to."

While many companies are chasing free-to-play trends to attract a big audience, Amazon has invested a surprising amount of time and resources on trying to prove that there's still a place for premium games on mobile devices. Tierney compares the attitude to Sony, a company that's known for funding quirky games from smaller studios, including his personal favorite, the PS2 classic Ico. "You look at it, and it's so intimate, and it has such great art design and flow. But it doesn't look like it's aggressively going after the widest market possible," he says of the game. "And in that case, it was just Sony wanting to spend money to make a fantastic game on their system. That's kind of what I got from this experience."

Similarly, Apple seems to strongly support premium games over their free-to-play counterparts. This year, the company named Threes and Monument Valley as the best iPhone and iPad game of 2014, respectively. This despite the fact that the top-grossing chart for 2014 is almost entirely dominated by freemium games. But while Apple frequently supports premium games through advertisements and placement in its digital app store, Amazon’s current plan takes things a step further.

The end goal isn't entirely clear. Since these games are only available on Fire devices, including the struggling Fire Phone, they won't be accessible to most mobile gamers. And Amazon has a spotty track record creating its own content: its first wave of TV shows left a lot to be desired, and its book publishing business has seen a few setbacks. But for Frazzini, it seems that making a point is much more important than just selling games. This whole endeavor seems mostly about proving that the fledgling Amazon Game Studios knows how to make a quality product, the kind that people will still think and talk about months and years from now.

"If we sell a lot and we get great reviews we'll be really happy," says Frazzini. "But there is this third dimension, where we hope they are amongst the best."