People express their fandom in different ways. Some write fan fiction, while others get into cosplay. Dayton Allen, meanwhile, builds stunningly detailed sculptures of his favorite sci-fi movies. Until 2012, that work was reserved for recreating characters and scenes from Star Wars; he's built beautiful figures of everyone from Darth Vader to the Yuuzhan Vong aliens from the expanded universe. But more recently he decided to tackle his favorite film, one that never really had proper action figures of its own — the original Alien from 1979.

"Alien is an art film," he says of his fascination with the sci-fi horror classic. "Its origins come from artists and designers that shaped what we consider modern science fiction today."

Unlike the first Star Wars, which had a wealth of action figures featuring virtually every character in the film, the first Alien never had a proper toy line of its own. Though one was planned back in 1979 and prototypes were built, Kenner ultimately cancelled the idea before the toys went to manufacturing. (Toy company Super7 released its own figures in 2013 based on the original prototypes.)

"Nothing is without complexity."

For Allen, this made Alien an ideal project to tackle: not only was it his favorite sci-fi movie, but he'd also be helping to fill in a gap. "One of things I most enjoy about the hobby is creating figures and environments which the current toy industry would never consider producing," he explains.

It's still a work in progress, but Allen's Alien project is a wonderfully detailed and complex recreation of the film, at 1:18 scale. Built in his spare time — Allen is a graphic designer by day — so far he's managed to complete several characters, most of the terrifying xenomorph, and a good chunk of the interior of the Nostromo spaceship. "Since I'm not on a payroll to complete the work on a deadline," he says of the project, "I take my time and enjoy the ride."

The process starts with a lot of reference material — screencaps from the films, behind-the-scenes-photography, and other production-related imagery. Allen has even gone so far as to talk to some of the original production crew to suss out some of the finer details. After that, he gathers the right materials — he builds figures and sets out of everything from epoxies and clay to laser-cut MDF board — which is followed by the pain-staking process of modeling and sculpting the figures. "This being a Ridley Scott film," explains Allen, "nothing is without complexity."

Many of the figures still need to be painted, and the ship's interior is still missing a few areas. Allen hopes to complete all of the characters by next year, though the ship will likely take a bit longer. It doesn't help that he's already taken a few detours — he recently started another set based on the Alien: Isolation video game, and is working on a new model from Alien 3.

"The project simply doesn't end with the first film," he says. "But it is the most important to me." 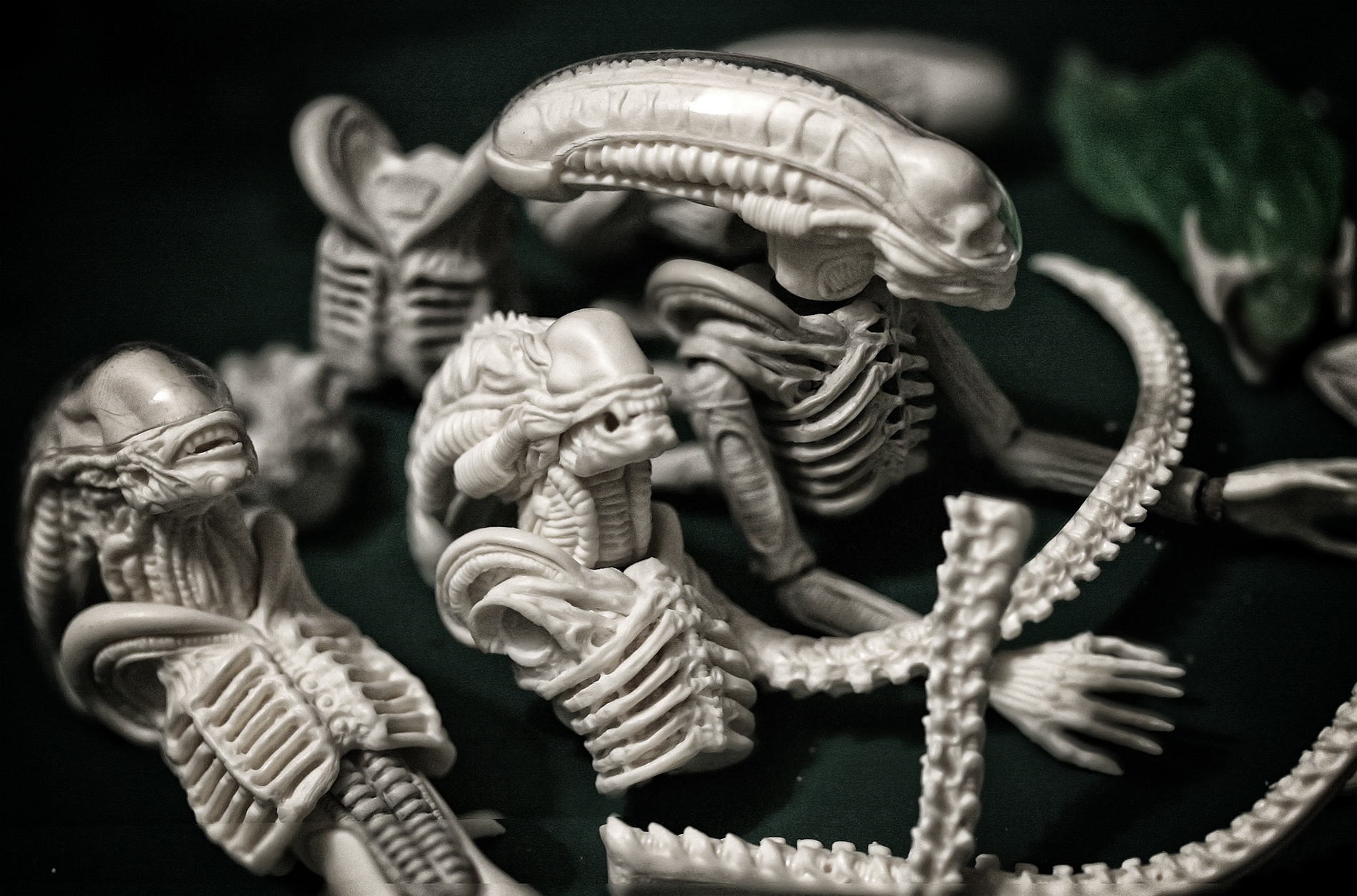 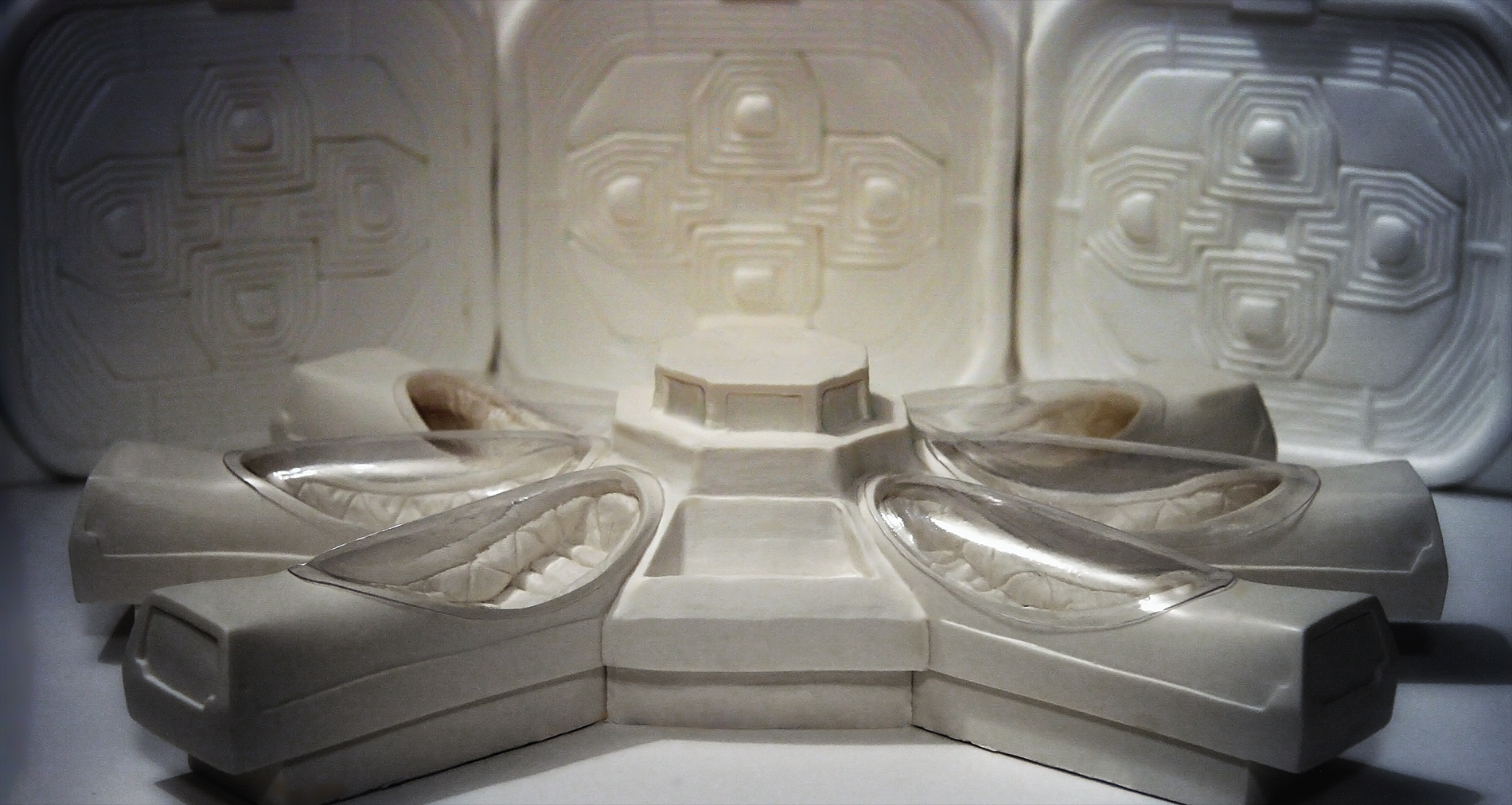 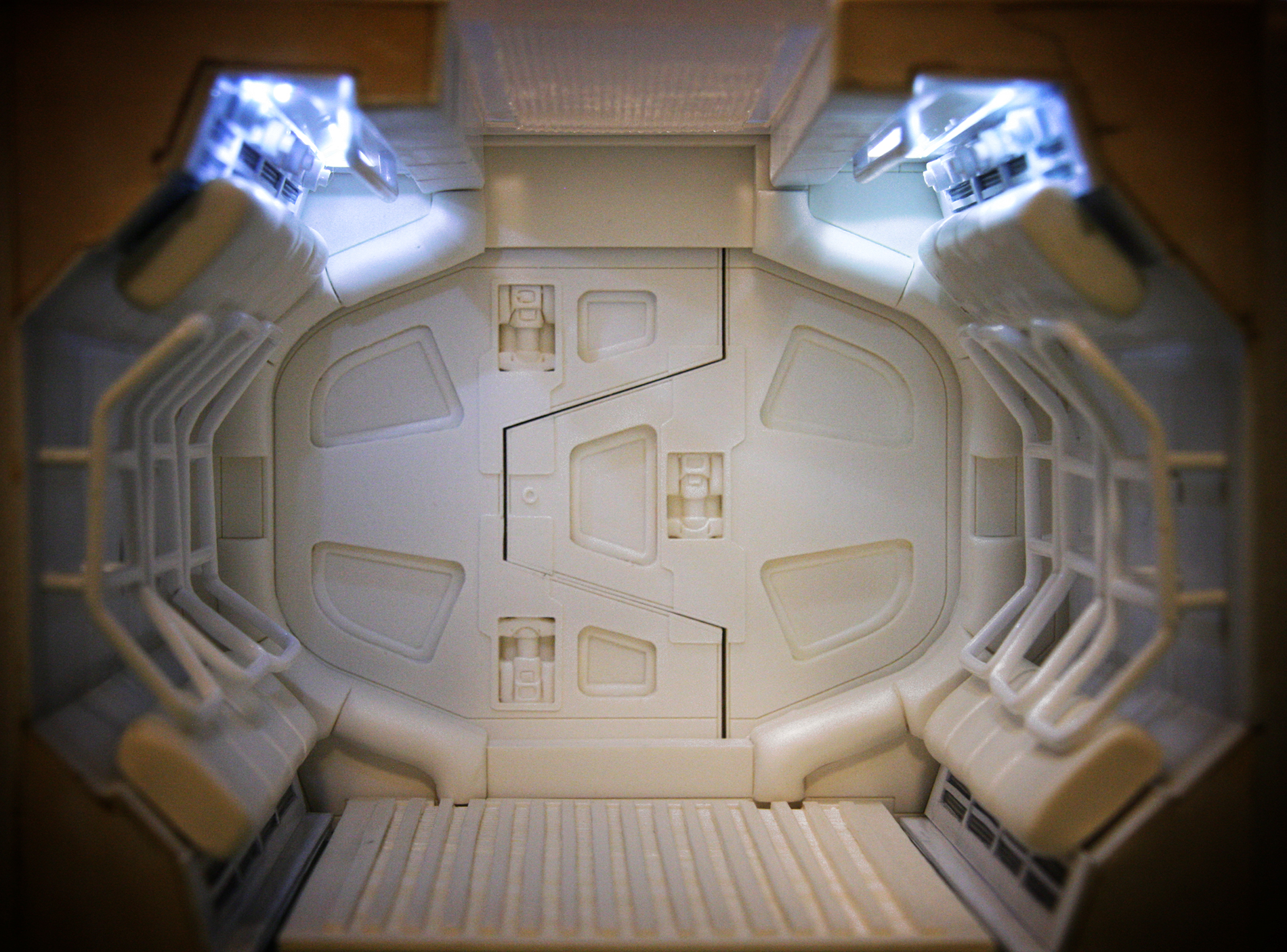 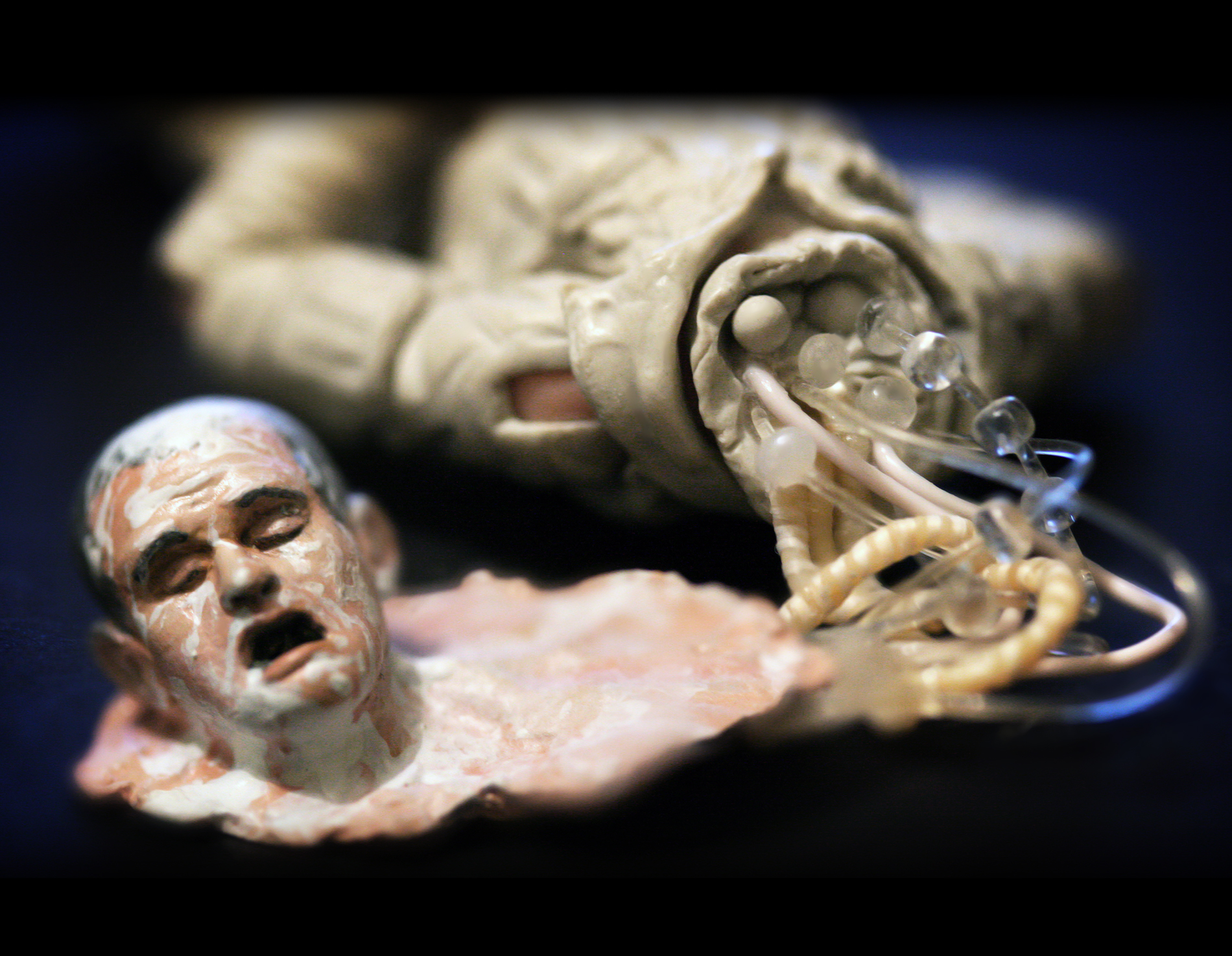 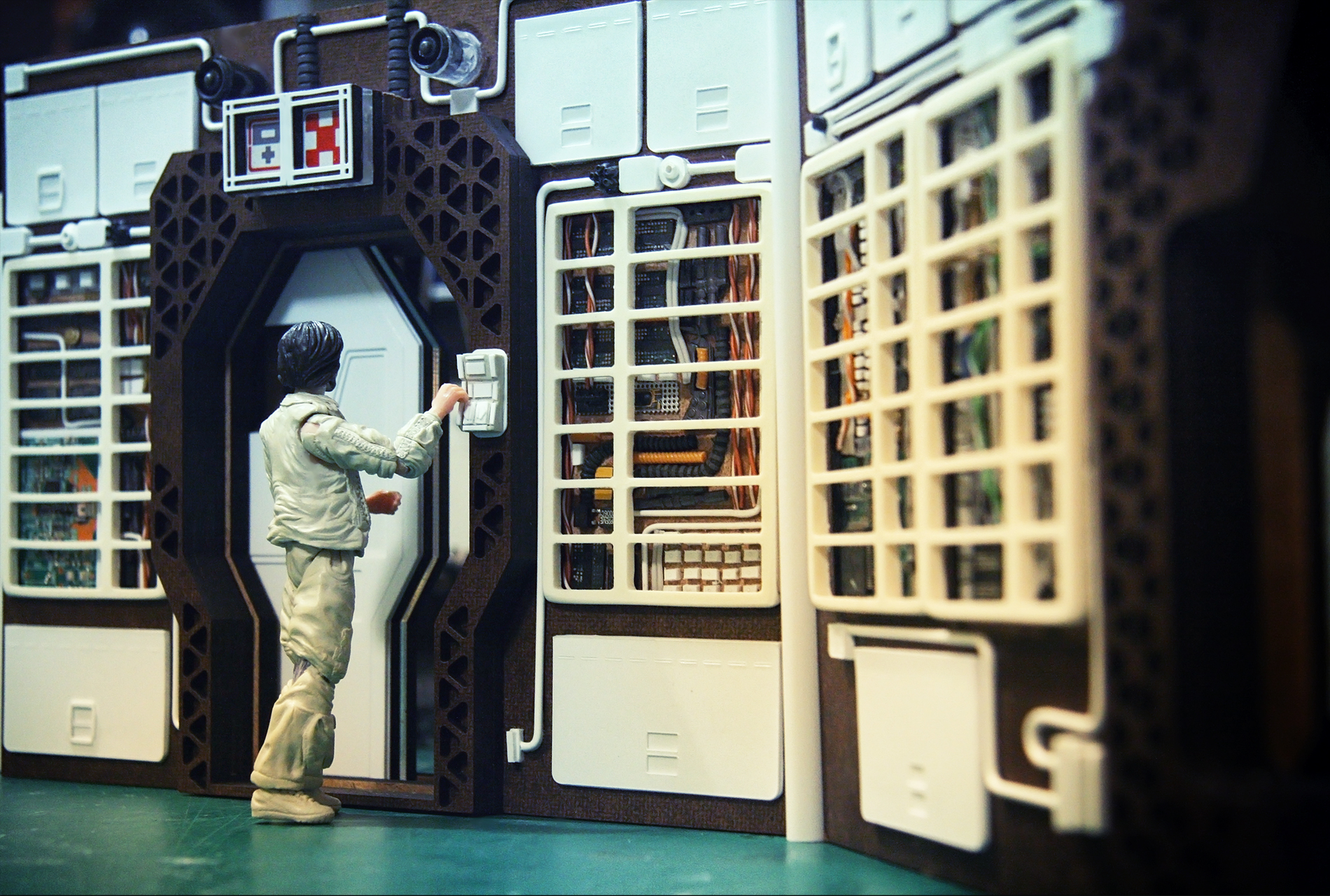 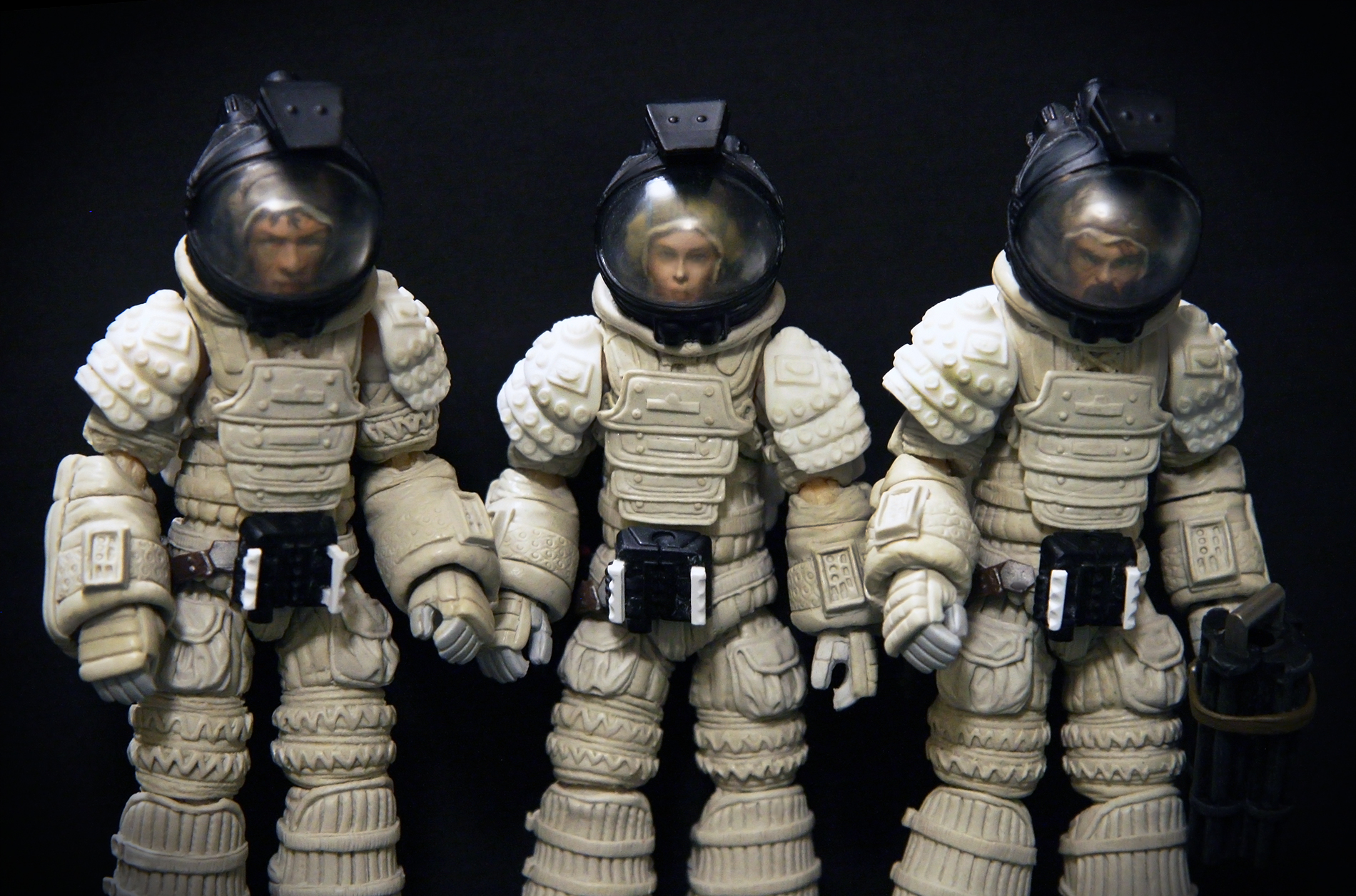 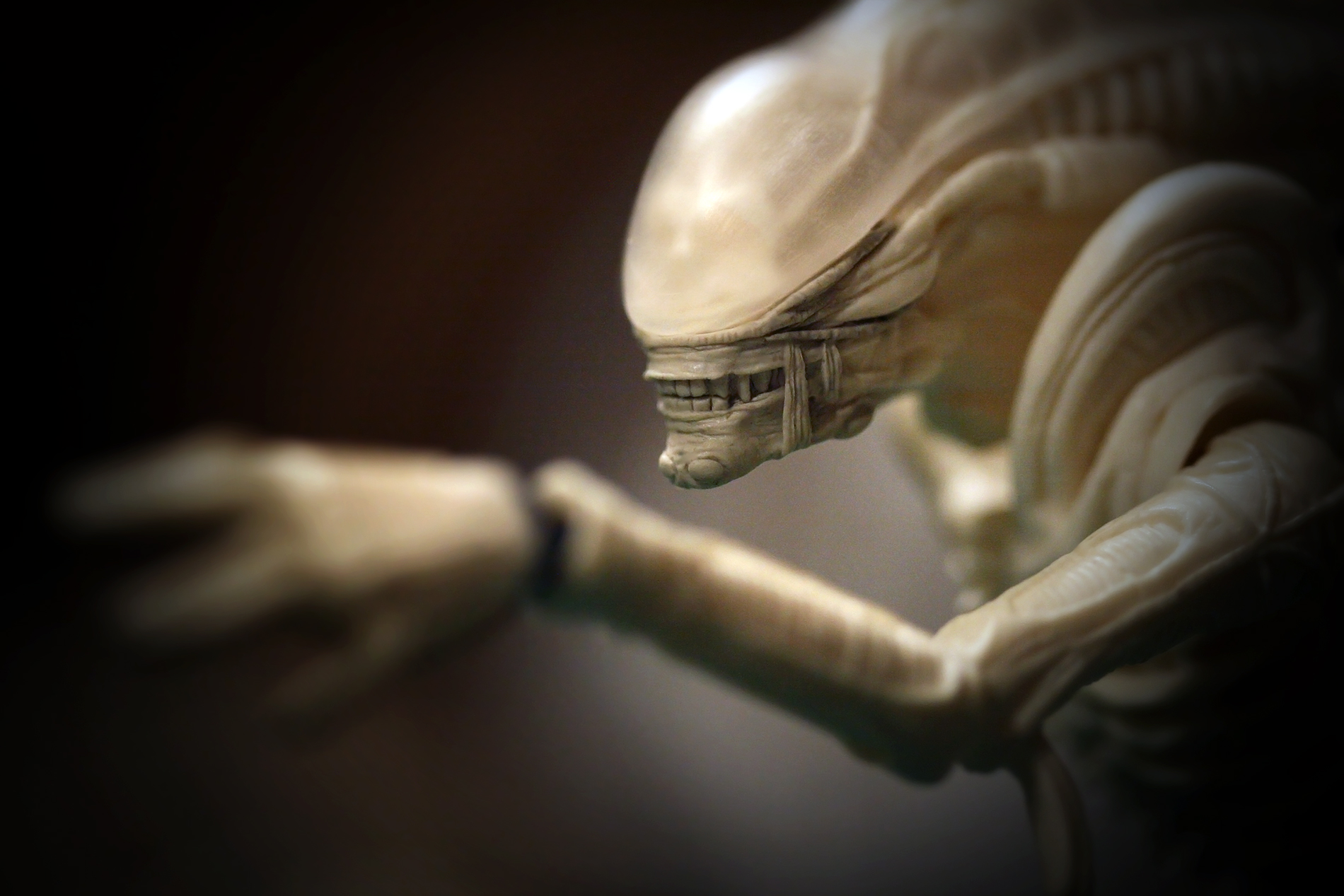 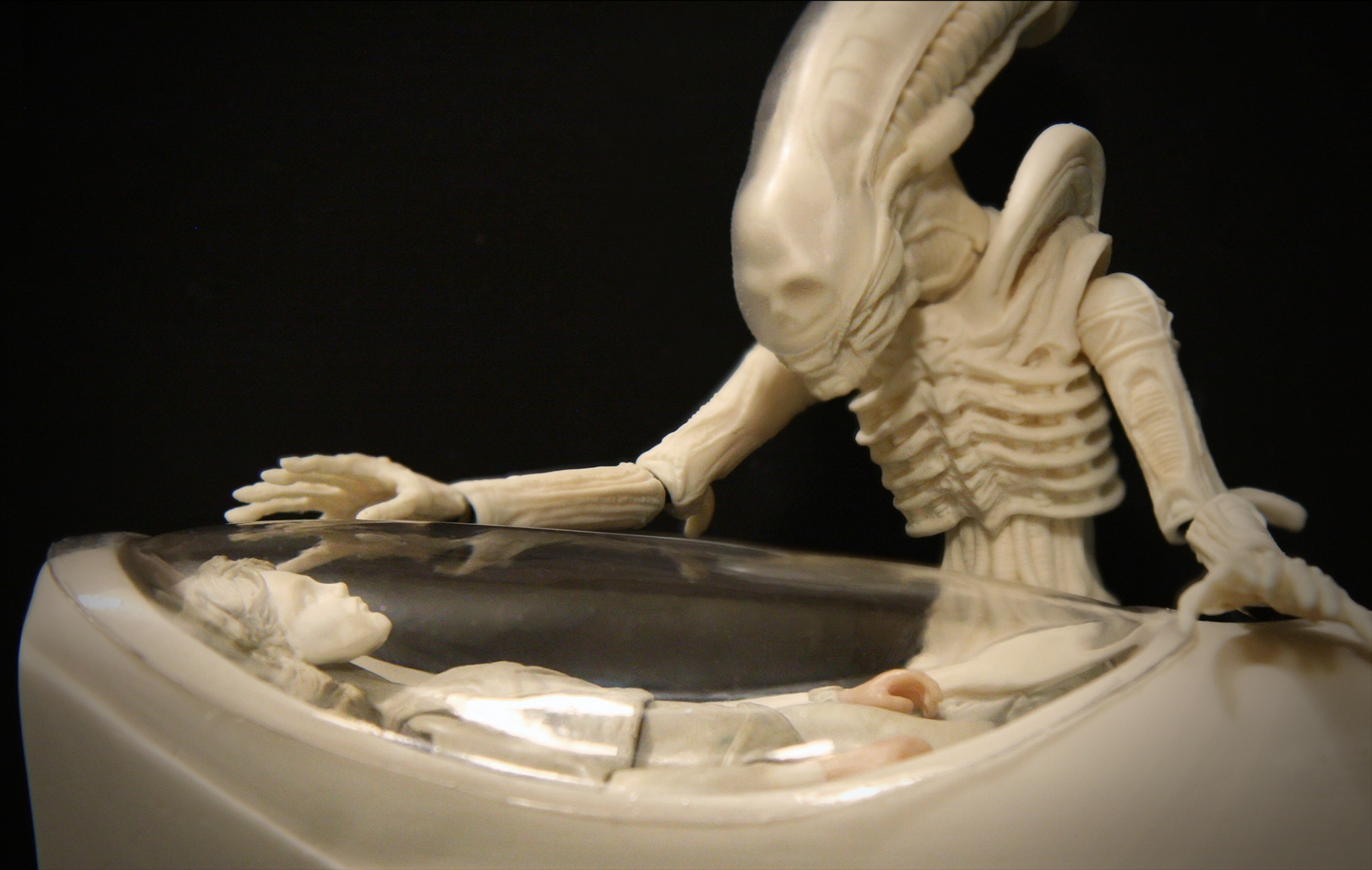