The best cheap tablet you can buy

They're not laptop replacements. They're tablets

Share All sharing options for: The best cheap tablet you can buy

There are two kinds of tablets. On one side, you have the expensive ones, the iPads and Galaxy Notes designed to either replace your computer or at least be a really awesome sidekick. If you want that, you’re going to have to pay for them: usually $400 or more.

Not everyone is looking to replace their laptop for work, though. They’re looking for a better way to watch Netflix in bed or check the recipe while they cook. A better way to play Angry Birds and Asphalt, or get some reading done on the train. These are the things any tablet can do, and you don’t have to pay very much to do it anymore.

The “cheap tablet” market runs a pretty wide gamut, from the $40 things you’ll find at Walmart that may or may not actually work at all, to high-end devices like the Nexus 7. They all have one thing in common, though: none cost more than $200.

Because the range is so large, when you go shopping for a cheap tablet you need to make smart decisions. You need to make sure it has all the apps and games you need. You want solid construction, as close to unbreakable as possible. You want really good battery life, because your tablet isn’t much use if it won’t turn on. And most of all, you want a good screen. The screen is the whole point.

A few years ago, you couldn’t get all those things in one place and still spend less than $200. But now you can. In a surprising number of places, actually — the wildest thing about testing a dozen cheap tablets was how many good ones there are. But, as with anything, there’s always a best one.

Our review of Asus MeMO Pad 7 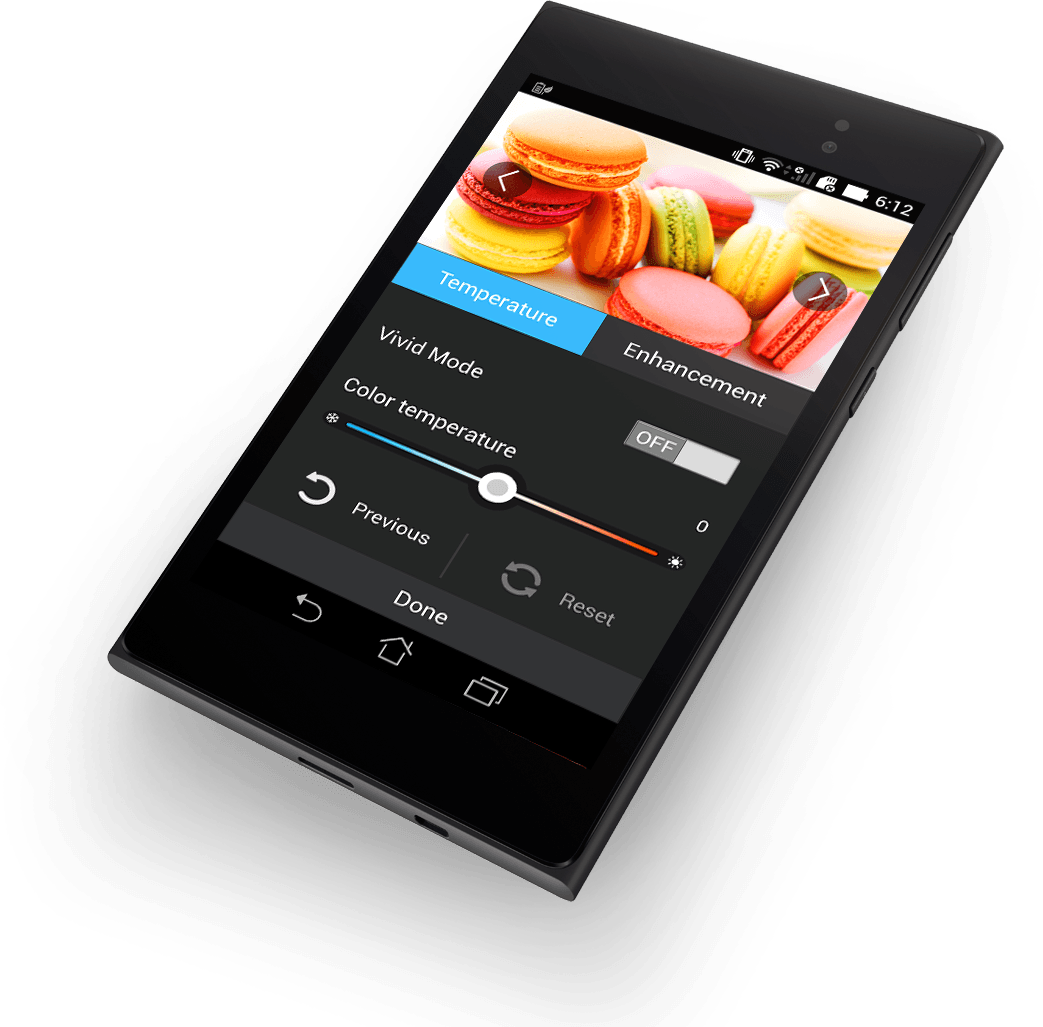 The Asus Memo Pad is a remarkably high-end tablet. It has everything: Android 4.4, a brand-new Intel processor, a light and thin, yet sturdy body. It’s black and sharply cornered, almost like one of Nokia’s old Lumia phones. Asus calls it “clutch bag-inspired,” which I assume refers to the small fold on the backside. Otherwise it’s just a tablet-inspired tablet. It comes with 16 or 32GB of internal storage (too many cheap tablets come with 8GB or even less), plus surprisingly decent front and rear cameras.

The most immediately compelling thing about the Memo Pad, though, is the screen. Most cheap tablets have the same downfall: a pixelated, dim, or poorly-laminated screen that feels like you’re looking at everything through a dirty window. The Memo Pad 7, on the other hand, has a 1920 x 1200 display that is in basically every way as good as a tablet needs to be. It has excellent viewing angles, beautiful and accurate colors, and at least some outdoor visibility. You can get a better screen than this, but not for the price. When you add in the two stereo speakers that are both louder and better than I expect from any tablet at any price, this becomes one of my favorite lie-in-bed-and-watch-movies tablets on the market.

The Memo Pad 7 does give itself away as a cheap tablet in a couple of ways. It has huge, black bezels around the screen, for one thing - it’s clearly larger than it probably needs to be. Asus also bundles some awkward and ugly customizations into Android, none of which add anything particularly meaningful.

Those are all small things, though. Asus gets all the big ones right. The battery lasts a few days, performance is excellent, it runs up-to-date software and all the apps that come with it, and it offers everything a good tablet should. A 7-inch tablet is never going to replace your laptop, but the Memo Pad isn’t supposed to. It’s supposed to do other things, and it does all of them really well.

(One quick note: since Asus is really bad at naming products, there are about a hundred different things called MemoPad 7. The one you want is model number ME572C) 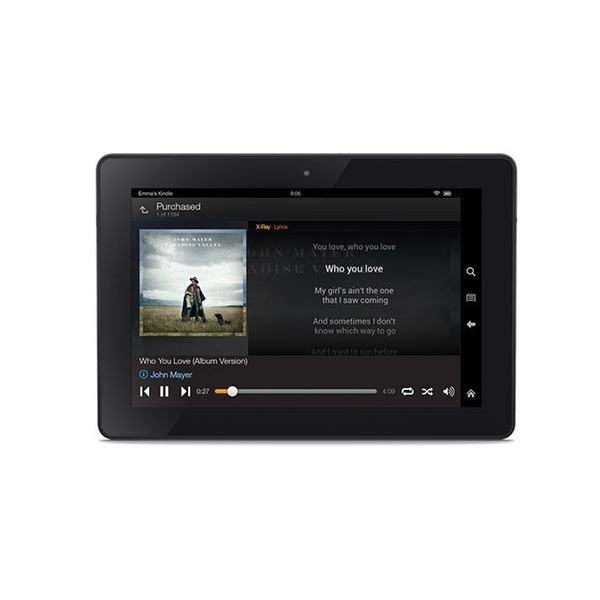 For a certain user, the media hound who’s interested in watching, reading, hearing, and buying as many things as humanly possible, there’s really no other choice than the Amazon Kindle Fire HDX 7. Amazon’s ecosystem of content, from movies to music to TV shows to Amazon’s own originals, is completely unmatched — and nowhere is more of it available than on the company’s tablets. If you have Amazon Prime, the $99 / year two-day shipping service, you’ll get a lot of that content for free. I use an HDX just to be able to download Prime movies for plane rides, and I can’t imagine flying without it.

Amazon also builds all the right tech into its tablet. Like the MemoPad 7, it has a 7-inch, 1920 x 1200 screen; at least 16GB of storage; a fast processor; strong battery life; and a relatively light, thin, and sturdy body. It’s the rare tablet you’ll like using yourself and also not worry about dropping in your toddler’s lap.

Outside of Amazon’s content, though, there’s not much to do on the HDX. Without the Google Play Store you can’t get a lot of the games and apps you’ll want, and since Amazon builds its own software you won’t get access to the best features of Android at all. Amazon’s Fire OS is also still a little cluttered and confusing, not terrible but not as good as Android proper. If you’re just after books and movies and Netflix, you can’t go wrong here; but I bet you’ll miss some of the games the person next to you is playing on their Android device. 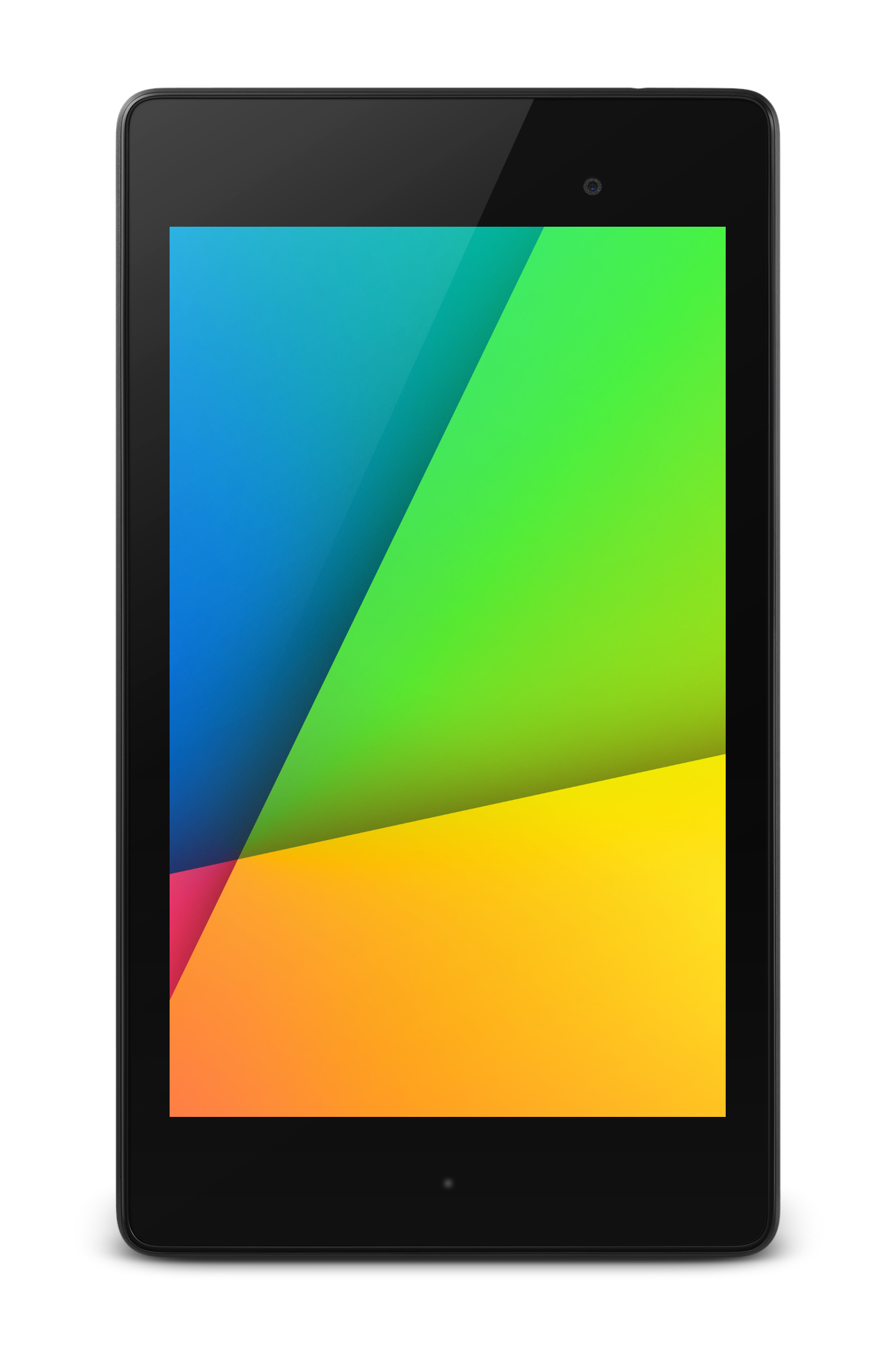 Google’s Nexus 7 is very similar to the Memo Pad 7 (it’s even made by Asus). It has a great screen, really nice build quality, and it has the distinction of always getting new software first. But it’s a year old at this point and already feels slower than the new models. Plus, the Nexus 7 can be hard to find. You’re better off with what is essentially its successor, the Memo Pad 7.

Our review of Amazon Fire HD 7 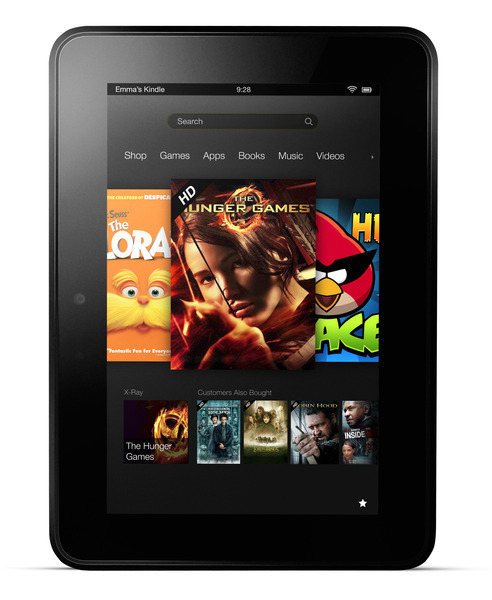 For $65 less than the Fire HDX, the HD 7 has a much lower-res screen, a slightly slower processor, a little less battery life, and a little more weight. (It also adds a rear camera, which is nice.) The HD 7 is certainly one of the better tablets for its price, but it’s worth spending a little more to get something a lot better.

Our review of Amazon Fire HD 6 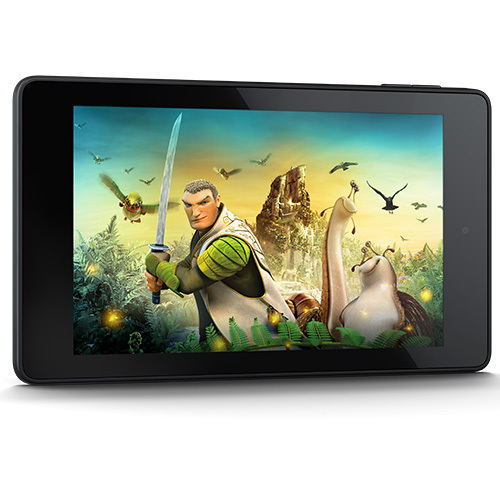 This is the cheapest tablet worth buying. It’s actually a pretty good one, with access to the same huge trove of content from Amazon, and better performance than you might expect — though it’s not exactly stellar. But it’s thick and plastic, and it just feels like a toy. This is a great, rugged, family-friendly tablet, but not something you’ll want to curl up in bed with.

Our review of EVGA Tegra Note 7

There’s something uniquely productive about the Note 7, at least among smaller tablets – maybe it’s the included stylus and optimized software. It’s designed for gaming, too, and has solid graphics performance. But at the risk of sounding like a broken record, the Note 7’s 1280 x 800 screen just doesn’t cut it. Especially not when you can so easily get something better.

Our review of Samsung Galaxy Tab 4 7.0 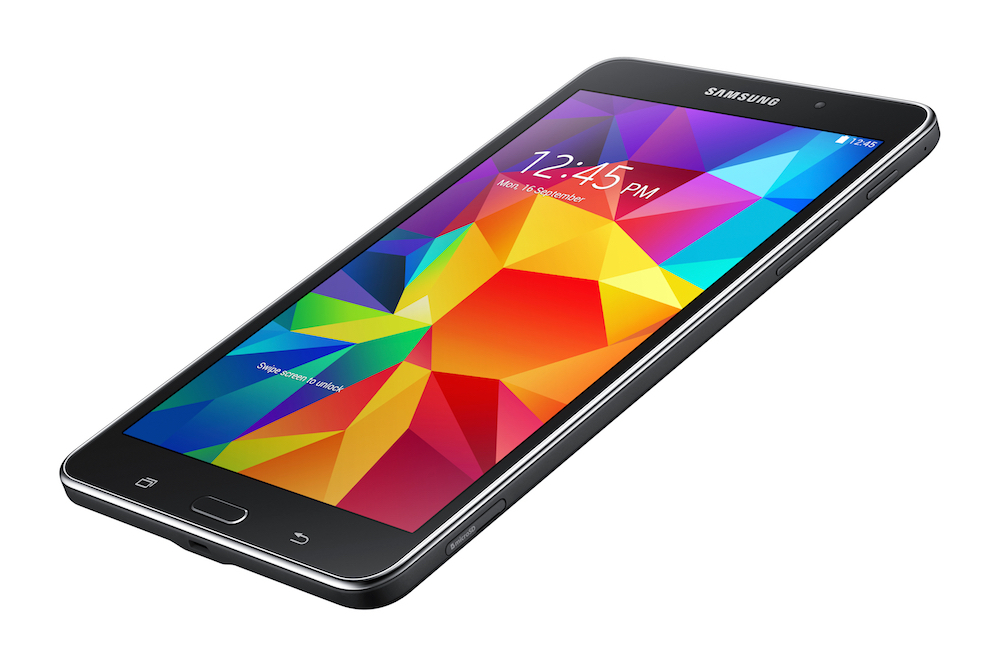 Samsung’s small Galaxy Tab runs the latest version of Android, is plenty powerful, and has some neat multitasking tools. It also has a mediocre 1280 x 800 display, two lackluster cameras, and a cheap, plastic body. The Tab 4 isn’t bad in any way, it’s just not great in any way either.

Our review of Asus MeMO Pad 8 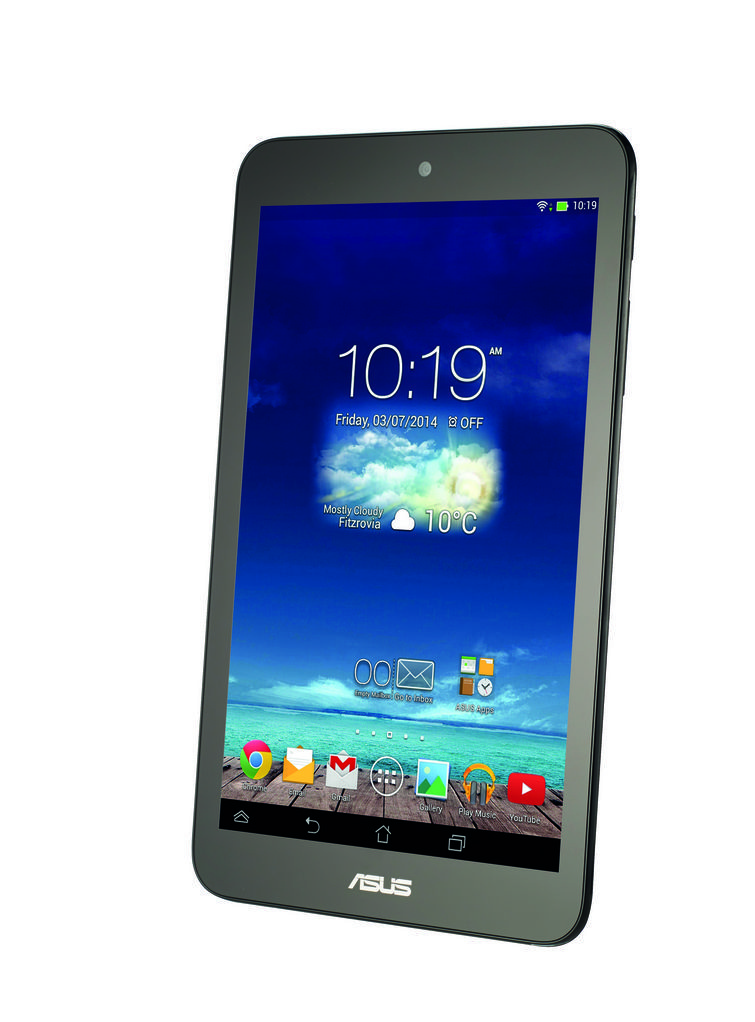 Asus makes tablets in all shapes and sizes, and the MemoPad 8 looks compelling at first. It’s cheaper than the MemoPad 7, but has a larger display. That screen is lower-res than the smaller model, though, and much worse. You should spend a little more to get a lot more out of your tablet’s screen – and a much better-looking device, too.

Our review of HP Stream 7 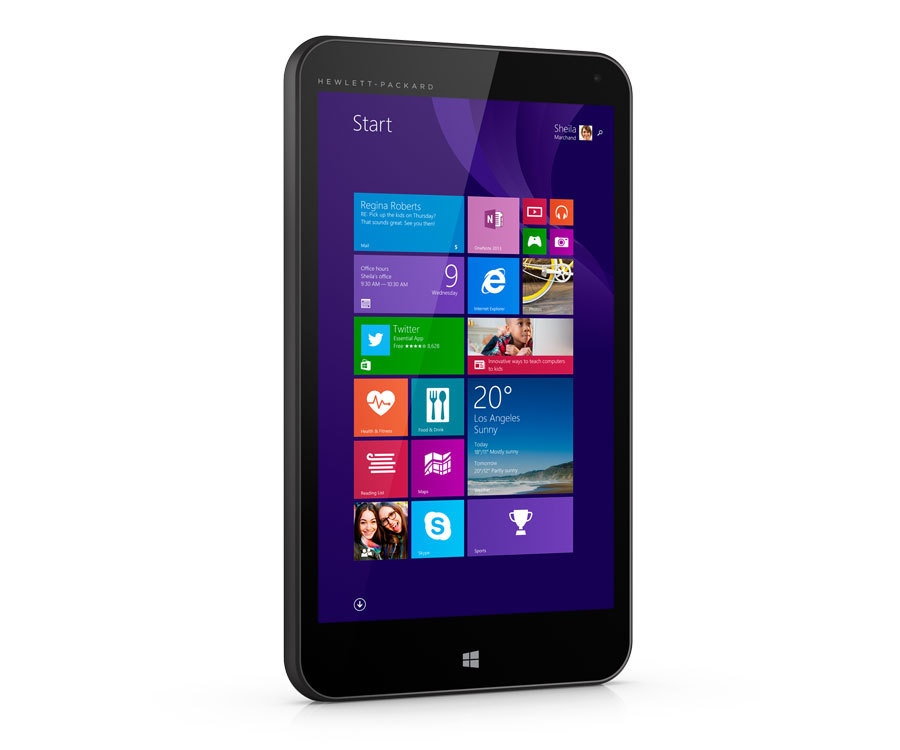 There are a surprising number of Windows tablets available for less than $200, and these can technically actually replace your laptop. The Stream 7 even comes with a year of Office 365, which is the same price as the tablet itself. The only problem is that the Windows store is still a mile behind in game and app selection, and if you want a tablet for work, you want something bigger than 7 inches. The Stream 7 fills a strange niche that I don’t think exists.

Our review of Lenovo IdeaTab A8 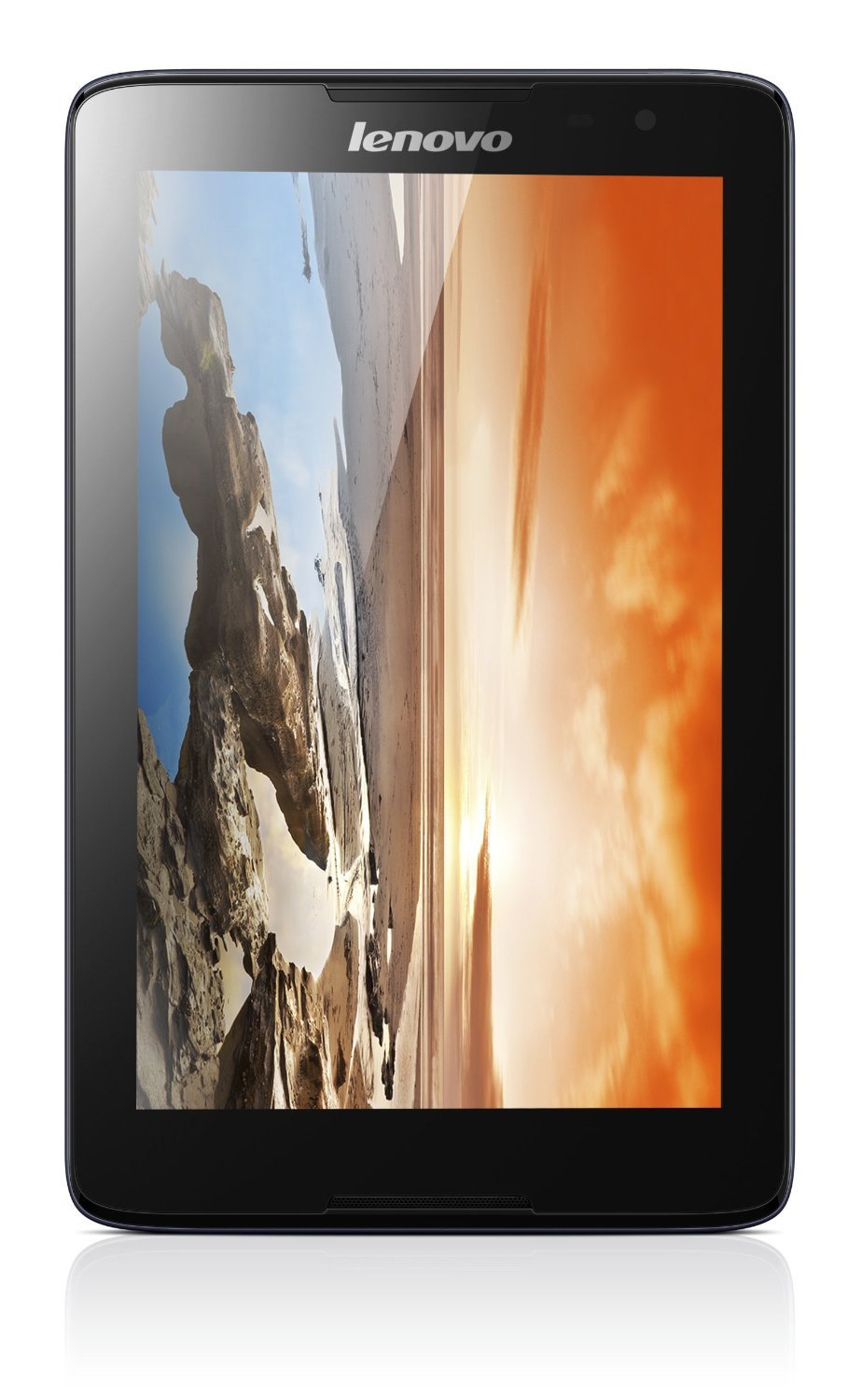 There are lots of things I don’t like about the Lenovo A8, but one look at it is enough to write it off. Its low-res screen is set so far below the glass on the tablet that it looks like you’re tapping on something a thousand miles away. It’s unpleasant and odd, and luckily you don’t have to deal with it.